Maxim Vladimirovich Ushakov-Poskochin - Russian, Soviet artist, graphic artist, illustrator, cartoonist, theater artist. In the years 1912-1924 studied in the Petersburg Academy of Arts under D. N. Kardovsky, A. I. Savinov. Since 1922 he designed and illustrated more than 220 books. He worked in various publishing houses of the country, including: Rainbow, Surf, Academia, Young Guard, etc. In 1925, he received an honorary diploma at the International Exhibition of Decorative Arts in Paris.

In 1930, woodcutting became the main technique of the artist. Book Graphics M.V. Ushakova-Poskochina is distinguished by accurate composition, subtlety of graphic techniques, and masterly ability to develop a board surface. Among the best works are illustrations for the first volume of «Bylin of the North» (1938), for the works of the Roman poet and satirist Juvenal, W. Shakespeare, M. Yu. Lermontov, and the Armenian epos «David Sasunsky». 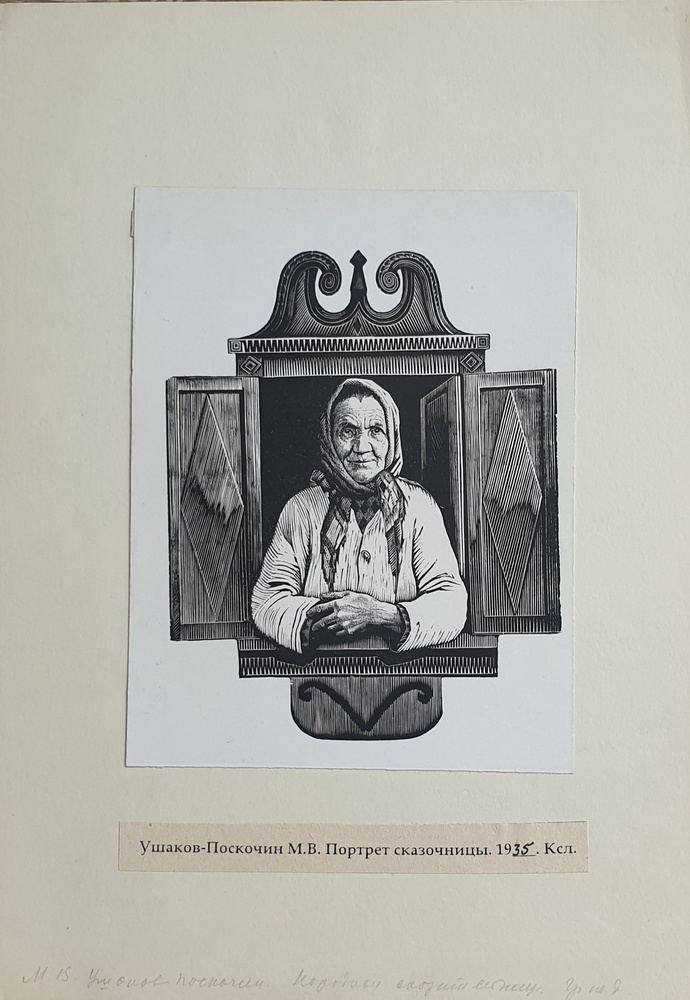 lot 52. «Portrait of a Storyteller» 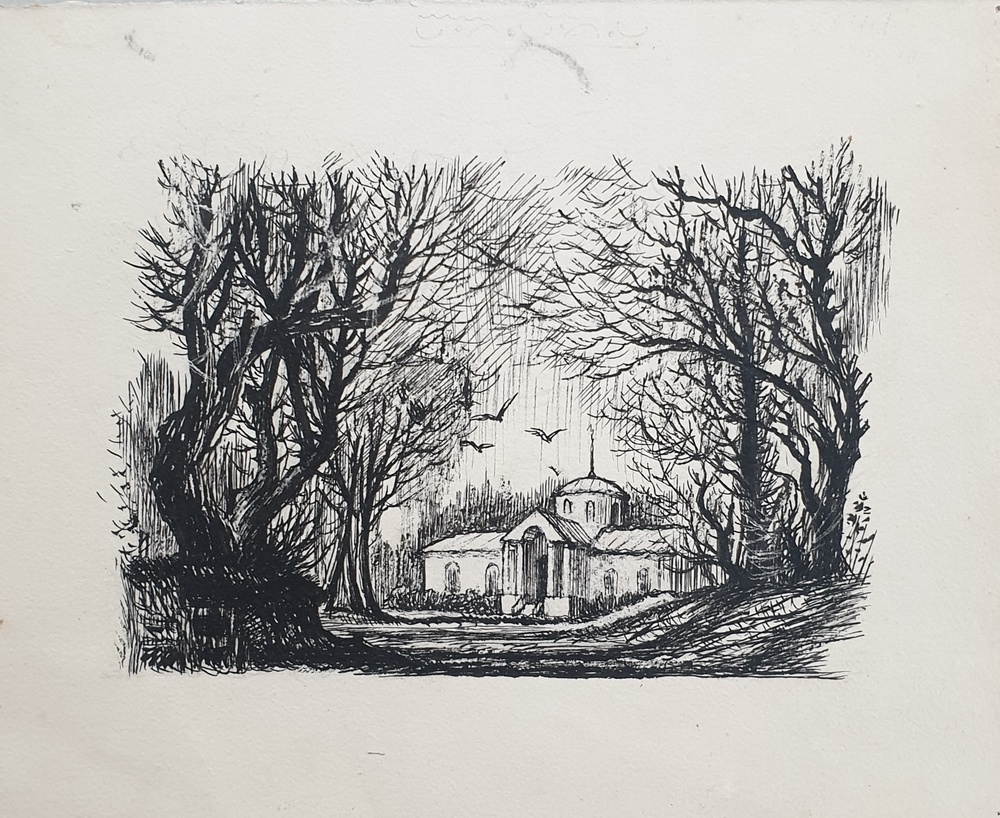 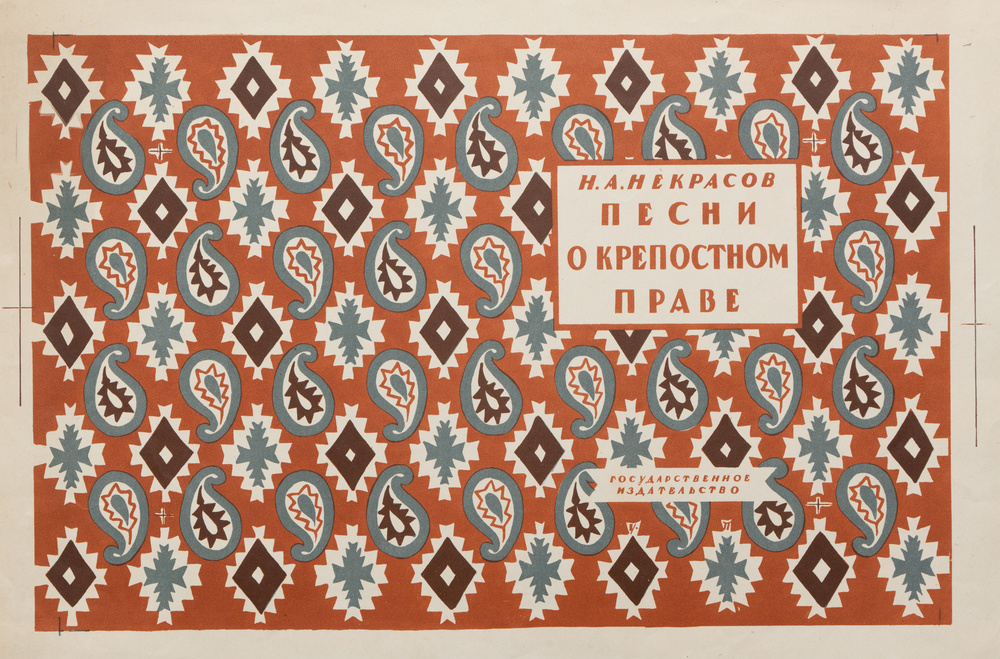