In 1956 she graduated from high school. In 1961 she graduated from the art school named after. V.A. Serov, now - named after Nicholas Roerich. A. Shah's favorite teacher is a student of I.E. Repin, a subtle teacher and person.
In 1967 she graduated from the graphic faculty of the Institute of Painting, Sculpture and Architecture. I. E. Repin of the USSR Academy of Arts (1961-1967), teacher Mikhail Afanasyevich Taranov. She defended her diploma with excellent marks, having completed 11 color autolithographs on the themes of P. Bazhov's fairy tales «The Malachite Box».

In 1967-1968 she presented them at the thirteenth All-Union exhibition of diploma works of students of art universities in Moscow. Since 1965 she has participated in various exhibitions: all-Union, republican, zonal, regional, regional. Since 1973, a member of the Union of Artists of the USSR. She began to study book graphics not immediately, only after graduating from the institute in 1972. In Leningrad, «Detgiz» (Children's State Publishing House) offered to illustrate interesting original poems about nature, about the people of Novgorod poet-shepherd Evdokim Rusakov. And in 1973, the publishing house «Detgiz» (Leningrad branch) published the first book "Mill-Blizzard". And in 1975, four spreads from this book were presented at an exhibition in Bologna, Italy.
Books with illustrations were published: 1974 - «White cat - black cat»; 1983 - «Where Ay lives»; 1986 - «Through the woods along the clearing», «The sun has risen»; 1989 - «Path without end». He continues to work in the field of printmaking, pastels, painting. Four personal exhibitions took place - in 1977, 1981, 1988, 1993. In 1987, the exhibition «Painting of Leningrad Graphic Artists» was held. In 1991, the «Detgiz» publishing house in Leningrad published the book Bayu-Bayushki-Bayu, Russian folk lullabies. At the XXXI All-Russian competition «The Art of Books» she received a diploma of the 2nd degree (Children's literature. 1991. № 11). 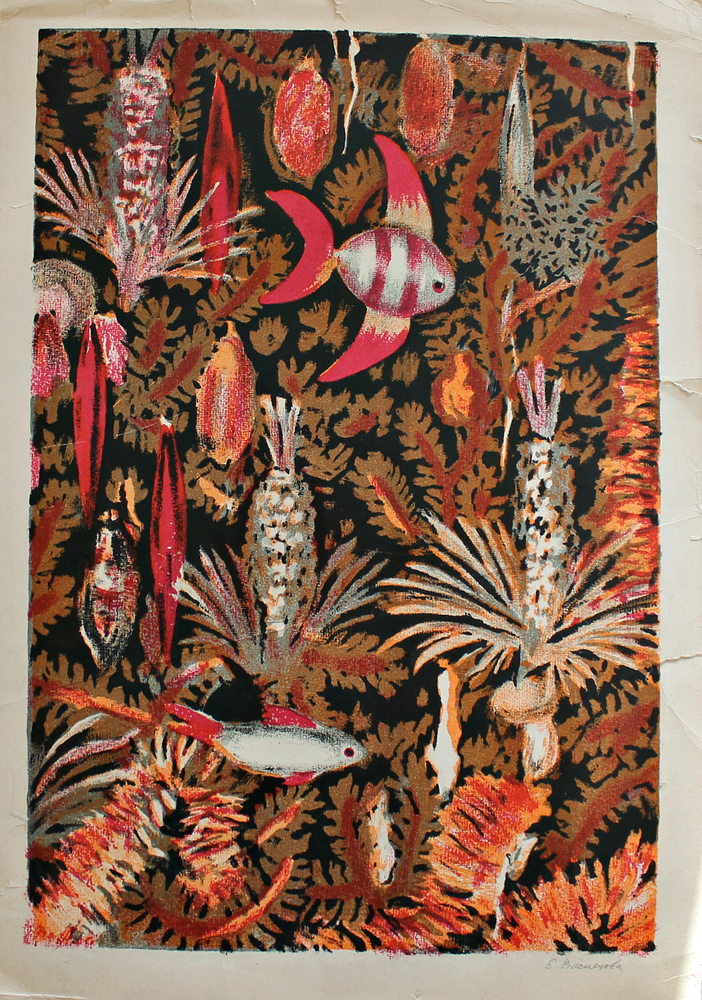