Marina Sergeevna Alekseeva (October 2, 1959, Leningrad) - Soviet and Russian artist. Alekseeva Marina was born in Leningrad in 1959. In 1984 she graduated from the Leningrad Higher Industrial Art School named after V. I. Mukhina with a degree in ceramics and glass. Joined the Union of Artists. Now - a member of the «Village of Artists». She was engaged in ceramics at an art factory. Since 1989, lives in Shuvalovo-Ozerki. In 1990 she joined the group «I love you, life». In the late 1990s, Marina Alekseeva, along with her husband, animator Boris Kazakov, settled in Kolomyagi, where she opened the non-profit gallery «Rural Life» in her house and garden (since 1999 she has been publishing the journal “Rural Life”) and became famous an author working in the popular international trend «art in boxes» (the exhibition «Worlds in Boxes», which traces the history of this trend in the 20th century, was organized in 1994 by the famous London White Cube Gallery). In small boxes Alekseeva collects interiors of public buildings and private dwellings: a series of churches, museums, renovations, summer residences.

A distinctive feature of this series of interior lightboxes is interactivity: the presence in each room of a reflection in a translucent mirror of the screen on which the video is shown. In 2017, in the Moscow Stanislavsky Electrotheatre, the premiere of Vladimir Rannev’s opera «PROSE», where Marina Alekseeva is a stage designer and author of the video, uses the same technology of reflection. 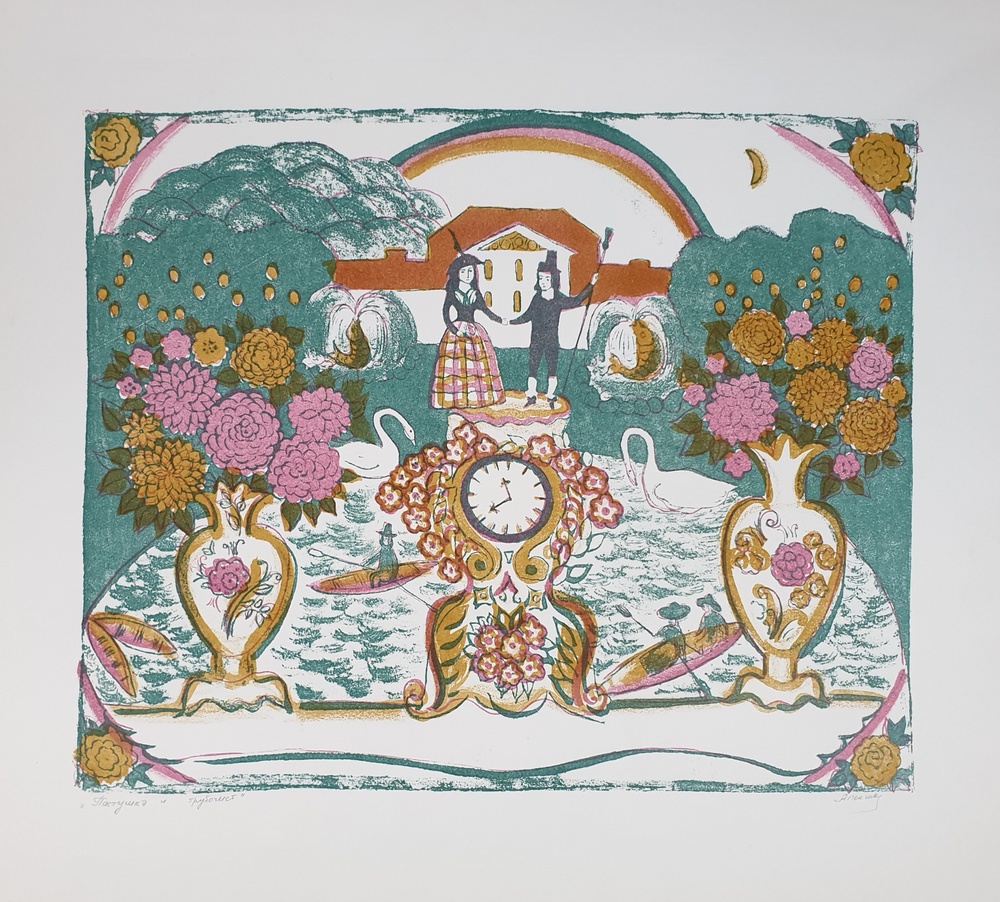