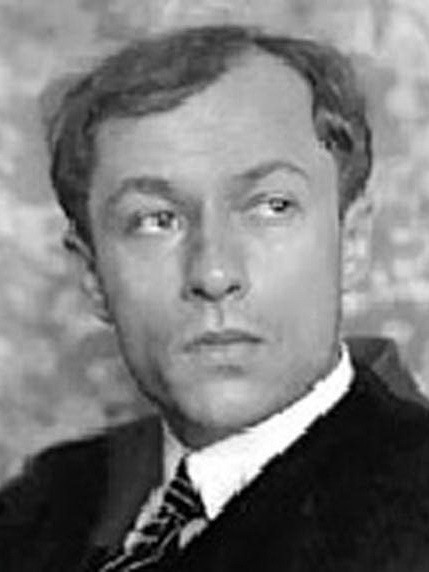 Yuri Pavlovich Annenkov (July 11 [23], 1889, Petropavlovsk, Russian Empire - July 12, 1974, Paris, France) - Russian and French painter and graphic artist, theater and cinema artist, prominent figure of the Russian avant-garde, writer. The literary pseudonym is Boris Temiryazev. The son of Narodnaya Volya P.S. Annenkov, was born in Petropavlovsk, where his father was serving a link. In 1894, the family moved to St. Petersburg, where another son, Alexander, was born.

1905-1906 - painted political cartoons for a gymnasium magazine (published illegally), for which, after an inquiry, he was expelled from the 12th St. Petersburg State Gymnasium and transferred to S. A. Stolbtsov's private gymnasium.

1907 - met I. Ye. Repin, who became for him the most revered master (the cottage of the Annenkov family was in Kuokkale, next to the Repinsky Penates).

1908 - entered the Faculty of Law of St. Petersburg University and at the same time, together with Marc Chagall, began to study in the workshop of the artist S. M. Seidenberg, with whom he was at etudes in Borovichi in the summer of 1909.

1909 - failing the exam at the Academy of Arts, he entered the workshop of Y. F. Zionglinsky (on whose advice he would later leave for Paris in 1911). During these years, he also attended the Stieglitz School in St. Petersburg.

1911-1912 - took lessons in the workshops of Maurice Denis and Felix Vallotton in Paris, attended the Academy of La Pallette and Grand Schaumier. In the works of those years, the influence of the newfangled at that time cubism and futurism became noticeable. 1912 - spent the summer at sea, in Brittany, where he painted a lot. He made sketches of marine fish and plants for scientists (some of them were included in the dissertation of zoologist 3. Bey-Nafilian at the Sorbonne).

1913 - made his debut in the Salon of Independents with the paintings “Evening” and “Landscape”, which defined the features inherent in his mature work, and then returned to Petersburg, where he made his debut as a theater artist, designing the play «Nomo sapiens» HH Evreinova for the Crooked Mirror Theater. Later he worked in the theaters of Petrograd and Moscow. He designed several covers and illustrations for the journal Satyricon.

In 1918, he completely designed in cubist style the first edition of the poem «The Twelve» by Alexander Blok. In 1919, he illustrated a collection of his own poems. In 1920 he published the book «Portraits», the basis of which is the portraits of Russian and foreign writers, composers, directors, and artists created by him. It also includes three articles devoted to the artist: «On Synthetism» by E. Zamyatin, “Fluctuations of Life Currents” by M. Kuzmin, «Yuri Annenkov» by M. Babenchikov, and a list of his works. But, of course, this publication makes it so remarkable in a number of other books of that time that it is an illustrative series - portraits of his contemporaries that are sharply characteristic, talented and mischievously painted by Annenkov. There are 80 of them in the book.

In 1921 he completed the covers and illustrations for the books “Animals” by N. Vengerov and «Artificial Life» by A. E. Belenson. In 1923 he illustrated «Moidodyr» by Korney Chukovsky (the book withstood more than 30 reprints). 1924 - to participate in the XIV International Art Exhibition, traveled to Venice, after which he settled in Paris with his wife E. Halperi, ballerina and actress of the theater "Bat" by N. F. Baliev. In 1925 he took part in the International Exhibition of Modern Decorative and Industrial Arts in Paris [4]. In total, he designed more than 60 plays, ballets and operas for French theaters.

Presumably 1925 - member and founder of the Society of Easel Artists. After 1934, he became seriously interested in cinema, designed sets and costumes for more than 50 films, including Mayerling (dir. Anatole Litvak), Taras Bulba (dir. Alexei Granovsky, both - 1936), and “Eternal Return” ( dir. Jean Delannoy, 1943) and others. In 1955, he was nominated for an Oscar from the American Academy of Motion Picture Arts for his costumes for the film Madame de ... (dir. Max Ophuls, 1953).

Combined graphics and easel painting. French magazines often reproduced his landscapes of Parisian suburbs, female portraits, and interiors in a characteristic decorative and flat manner, with freedom of color spots and color contours. 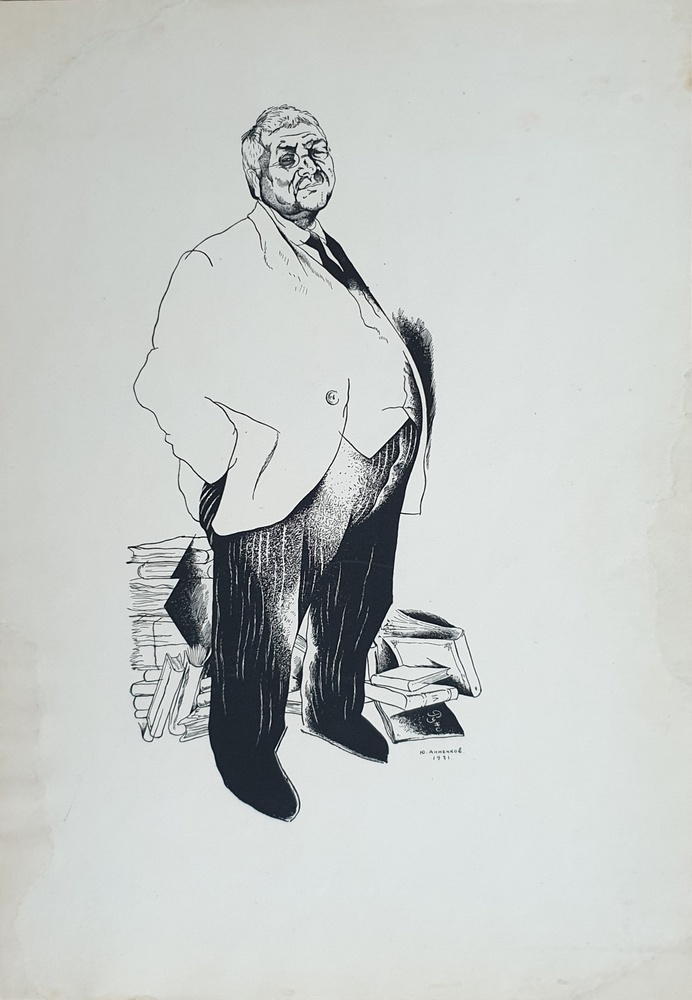