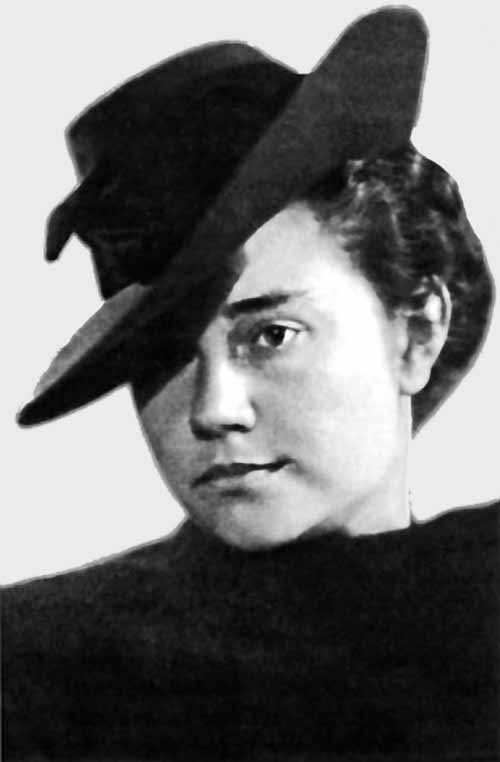 Antipova Evgenia Petrovna (1917 - 2009) - Russian Soviet artist, painter, graphic artist, member of the St. Petersburg Union of Artists. In 1928, together with his parents, E. Antipova arrived in Samara. Passion for drawing leads her to the art studio of P. Krasnov, which she visits in 1934. In 1935 he came to Leningrad and entered the Secondary Art School at the All-Russian Academy of Arts. In 1939, E. Antipova was accepted to the first year of painting at the Institute of Painting, Sculpture and Architecture without examinations. She takes classes with teachers P. Belousov, A. Zaitsev, G. Pavlovsky, A. Osmerkin, V. Malagis, A. Segal, I. Stepashkin, B. Vogel, G. Savinov. In 1939, E. Antipova first participated in the All-Union Youth Art Exhibition in Moscow. In February 1942, E. Antipova was evacuated from the besieged Leningrad to Novosibirsk. In 1944 she was admitted to the Novosibirsk branch of the Union of Soviet Artists.
In 1945, E. Antipova returned to Leningrad and in 1950 graduated from the I. Repin LIZHA in the workshop of B. Johanson, the diploma painting «A. Zhdanov among children in the Pioneer Palace». In the same year, E. Antipova was accepted as a candidate member of the Leningrad branch of the SSh, and in 1953, on the recommendation of V. Oreshnikov, B. Johanson and A. Zaitsev, she was transferred to the Union of Artists.
In 1950-1956, E. Antipova taught painting and composition at the art and pedagogical school. Since 1950, she has been participating in exhibitions of Leningrad artists. He paints landscapes, still lifes, genre compositions. Among the favorite topics of E. Antipova is a blossoming apple orchard, Crimean landscape, still life in the interior and exterior.
For the first time, the work of E. Antipova was widely presented in 1967 at a joint exhibition with the artist V. Teterin and sculptor K. Suvorova in the halls of the Leningrad Union of Artists. In 1988 and 1999, her joint exhibitions with the artist V. Teterin took place. E. Antipova participated in the exhibitions of eleven (1972) and nine (1976) Leningrad artists, in the exhibition of 26 Leningrad and Moscow artists (1988).
The works of E. Antipova are in the State Russian Museum in St. Petersburg, in numerous art museums and private collections in Russia and abroad. 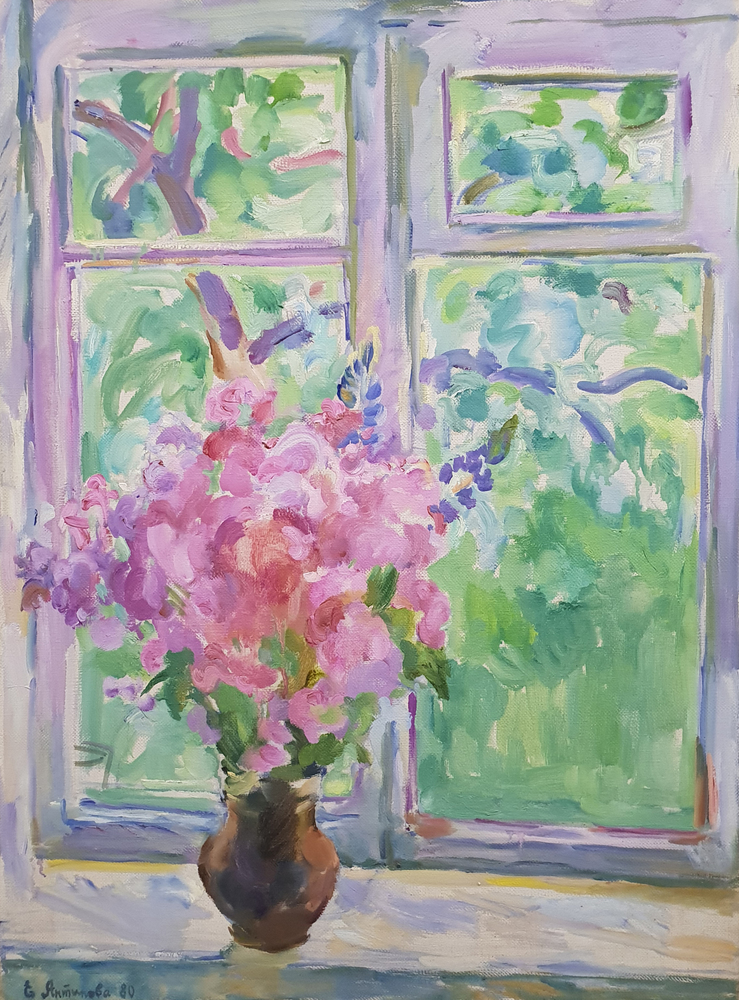 Lilac flowers on the window 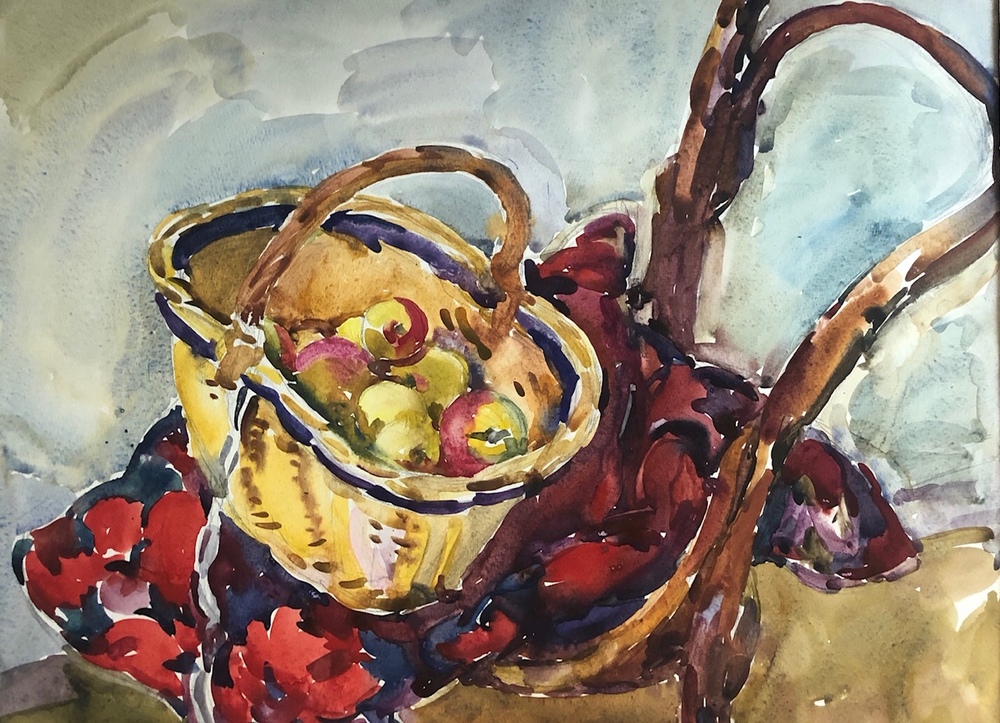 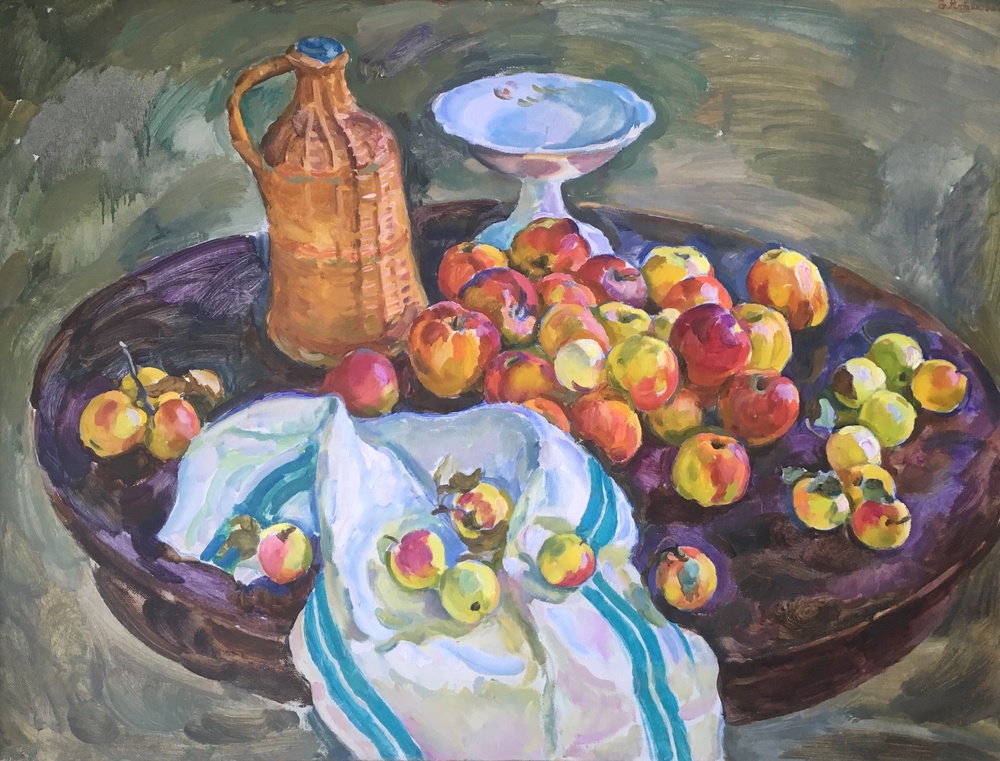 Fruit on the table 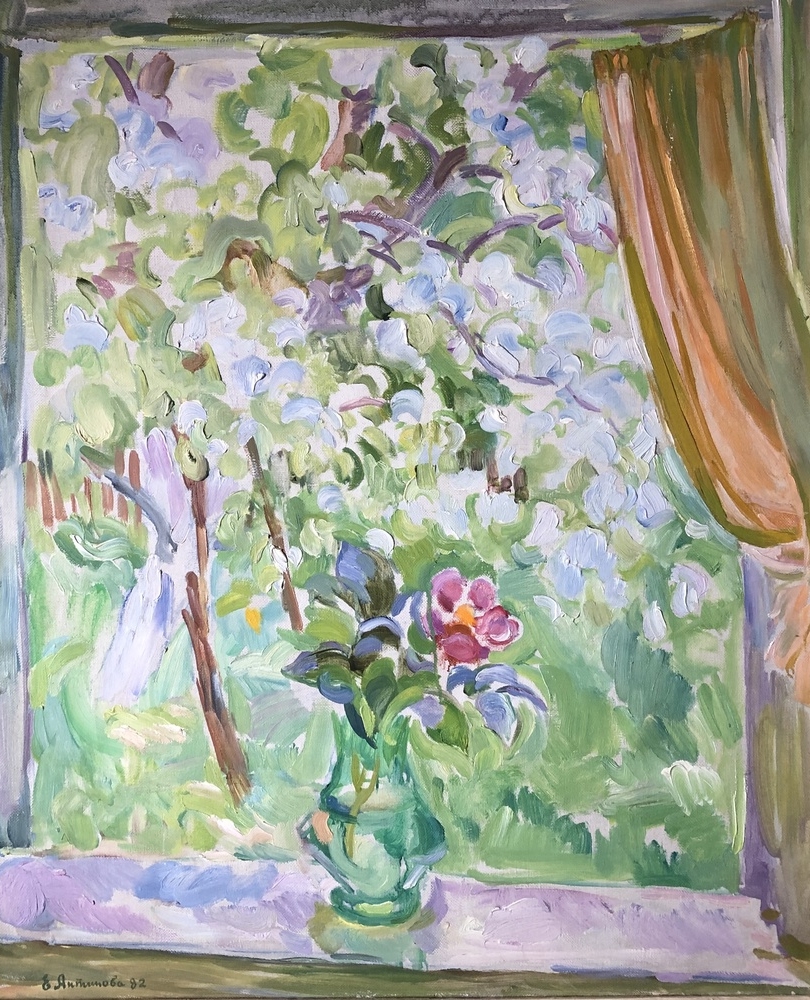 lot 4. «Window with an alpine peony» 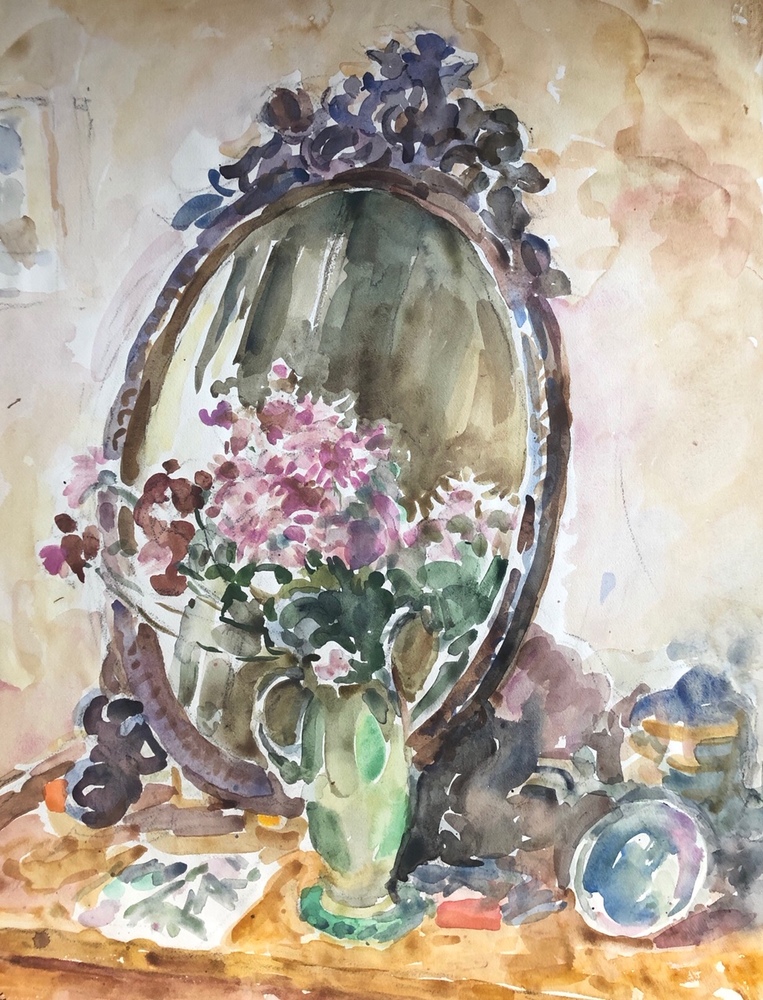 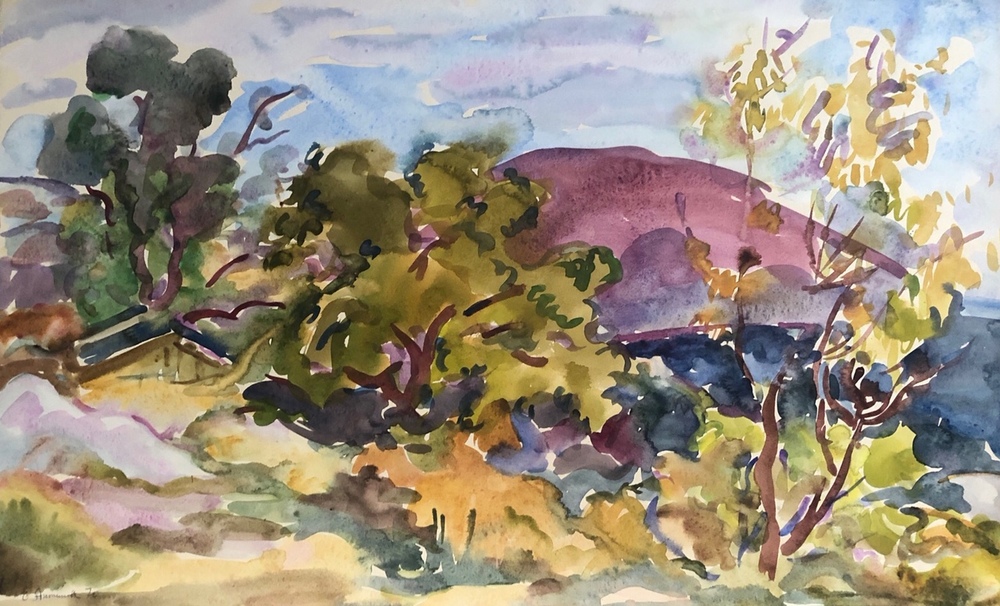 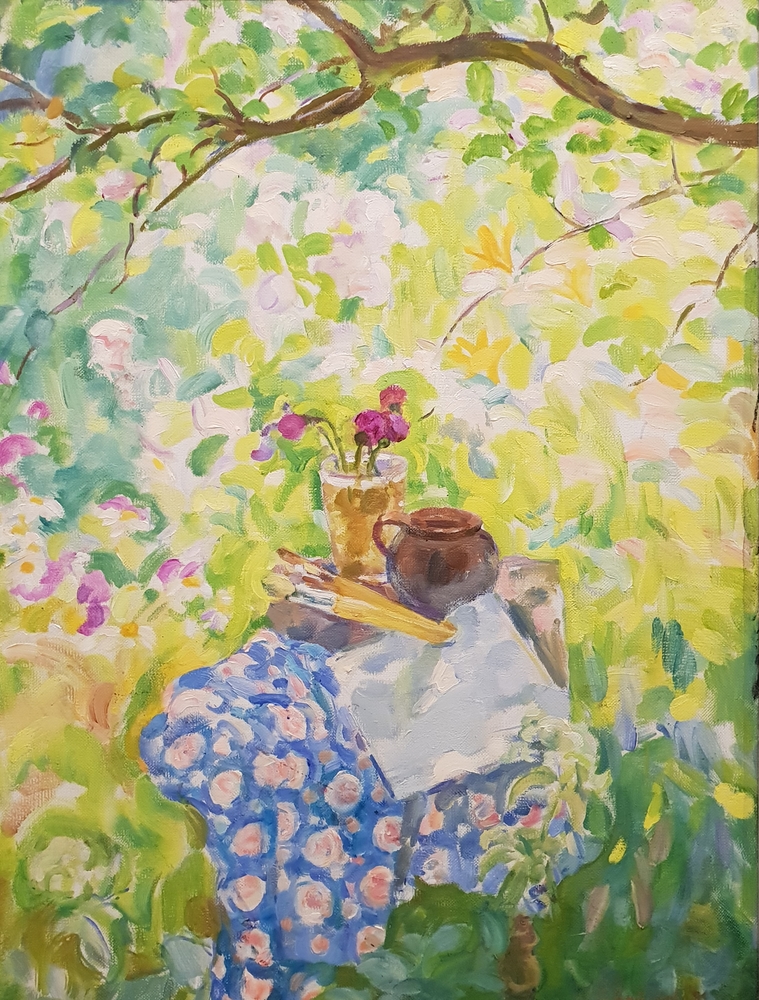 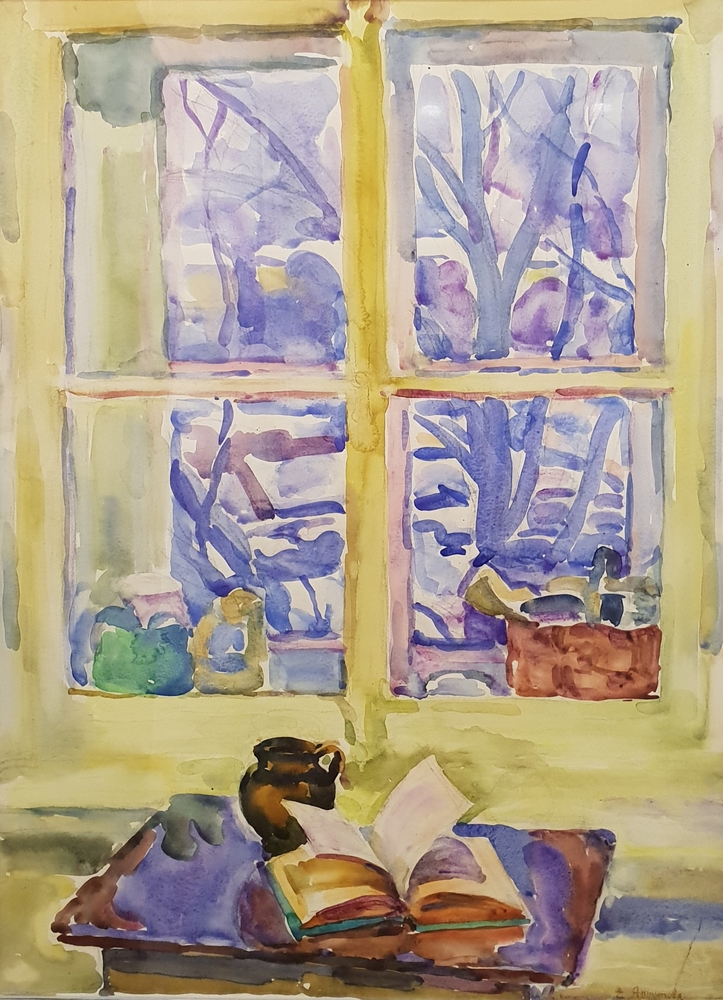 Still life with a book 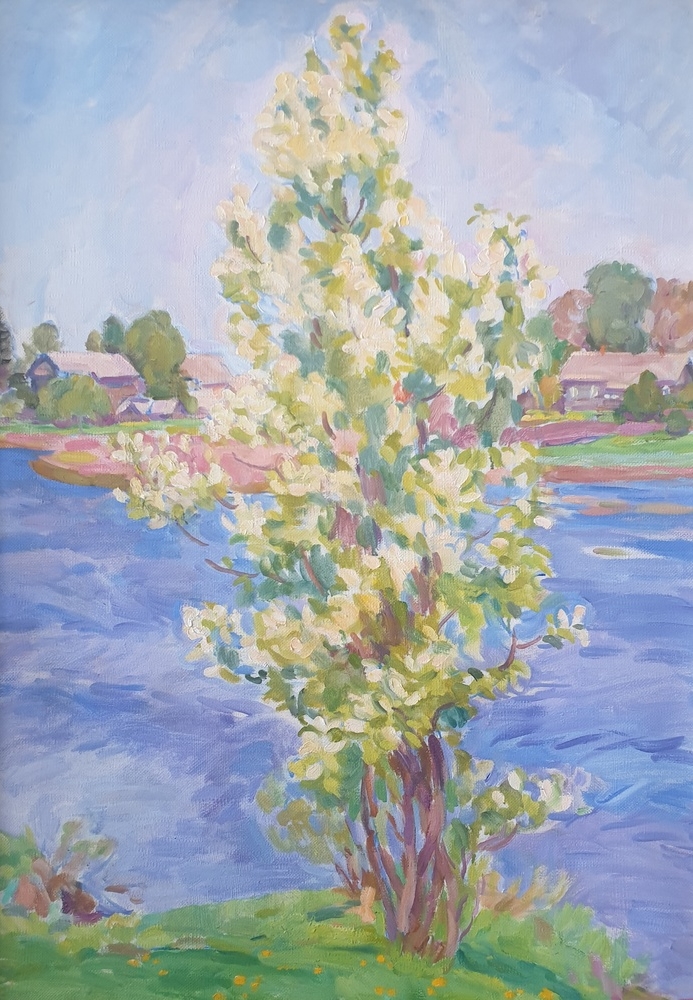 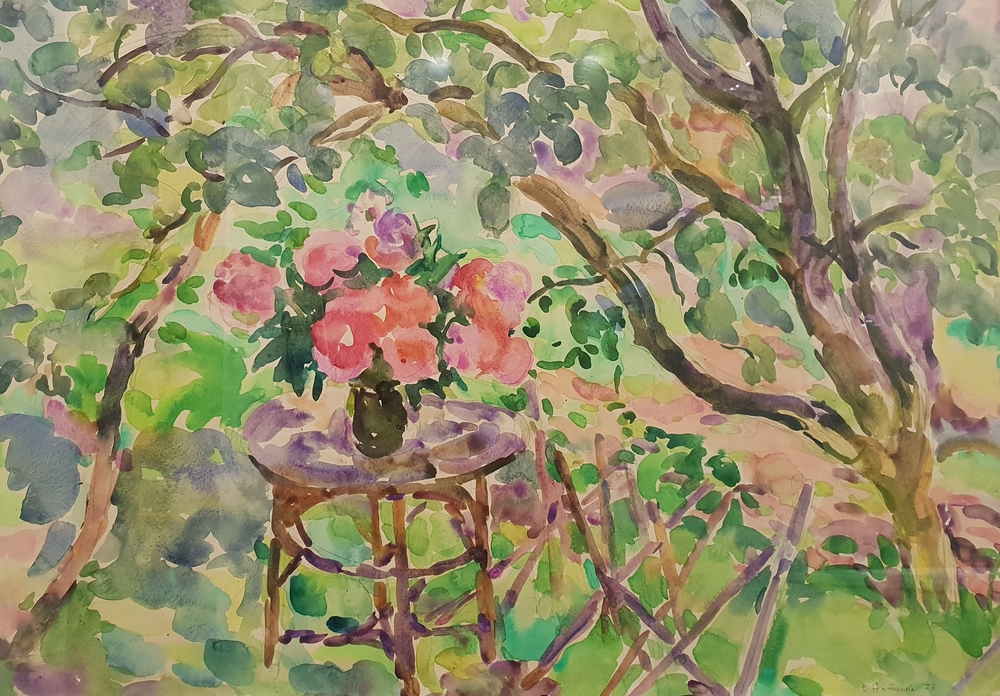 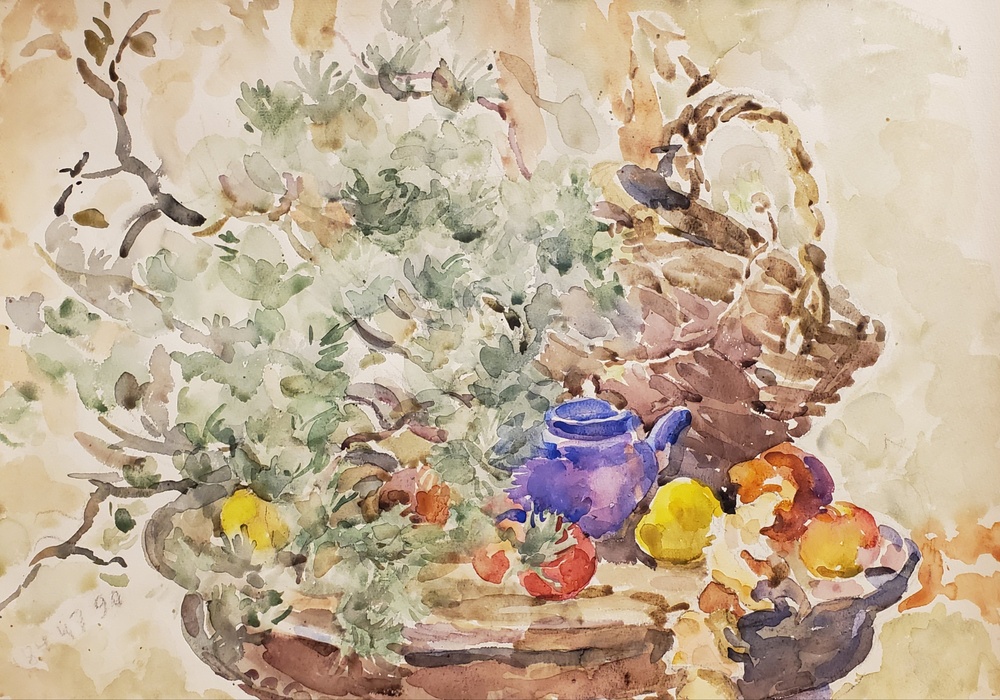 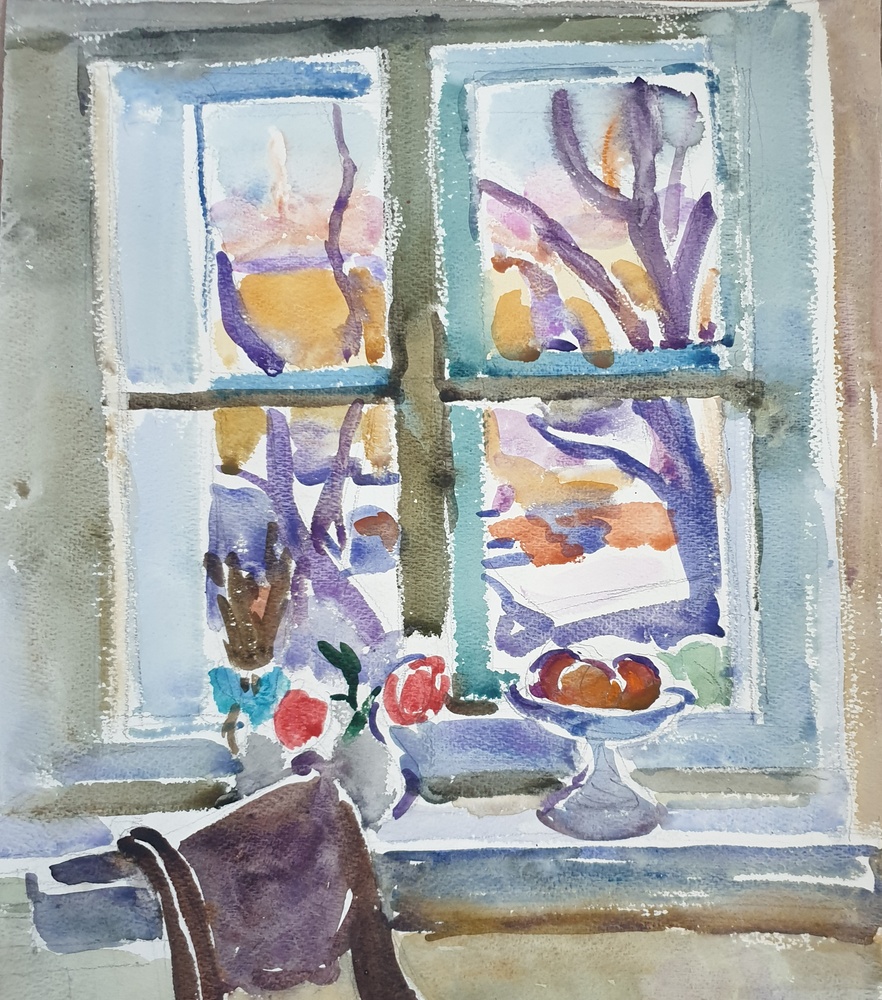 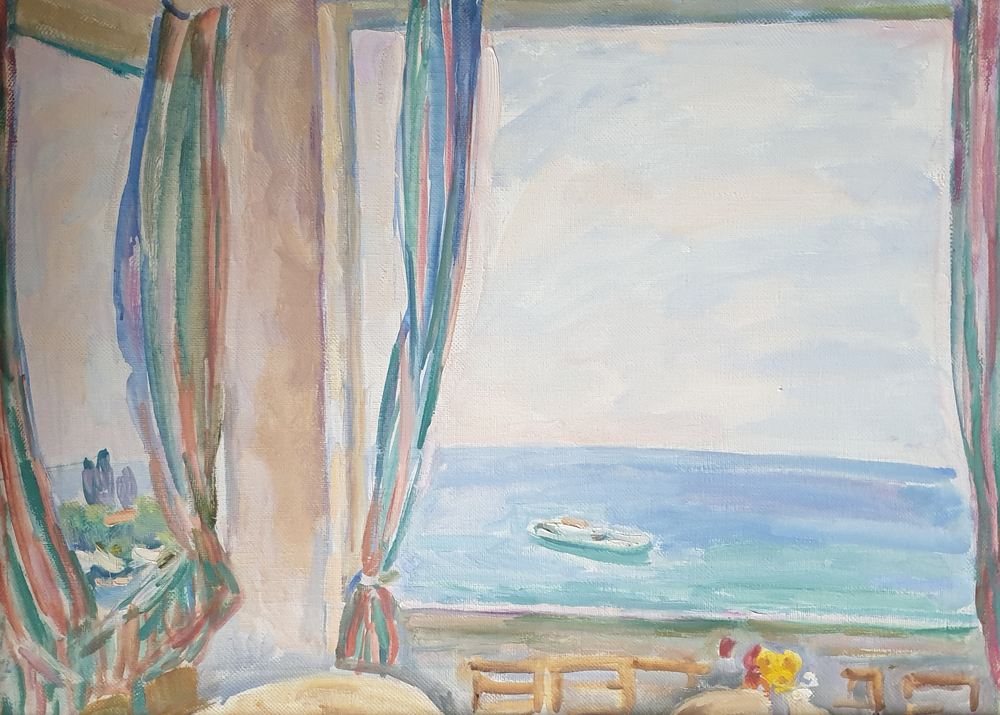 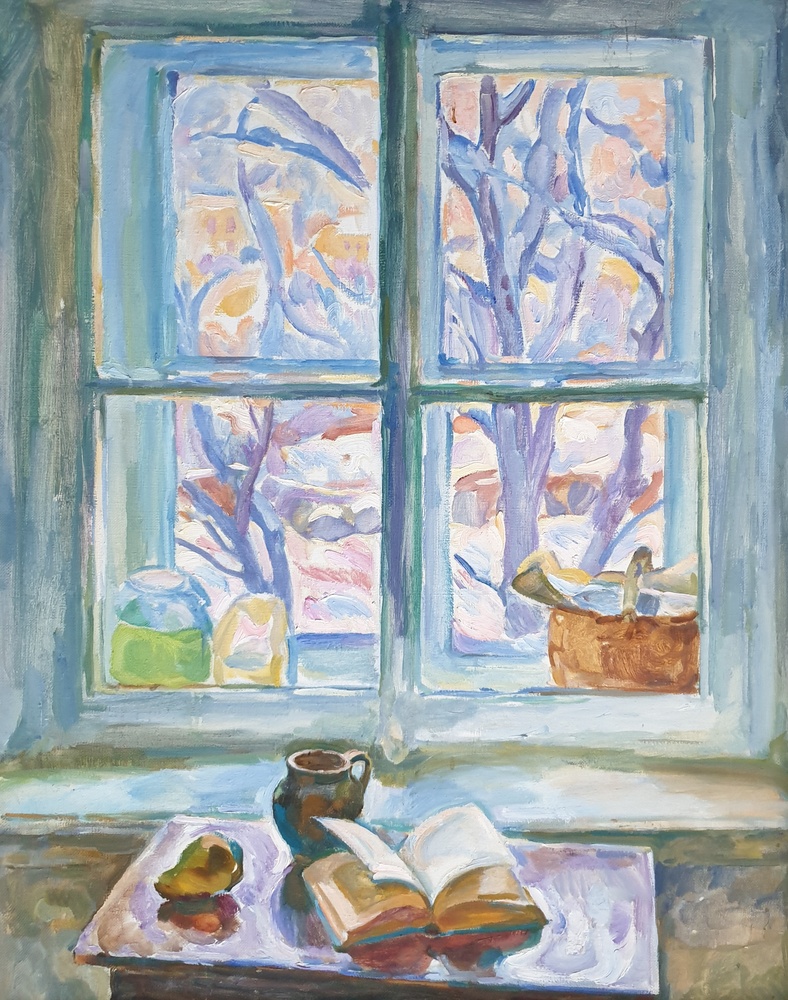 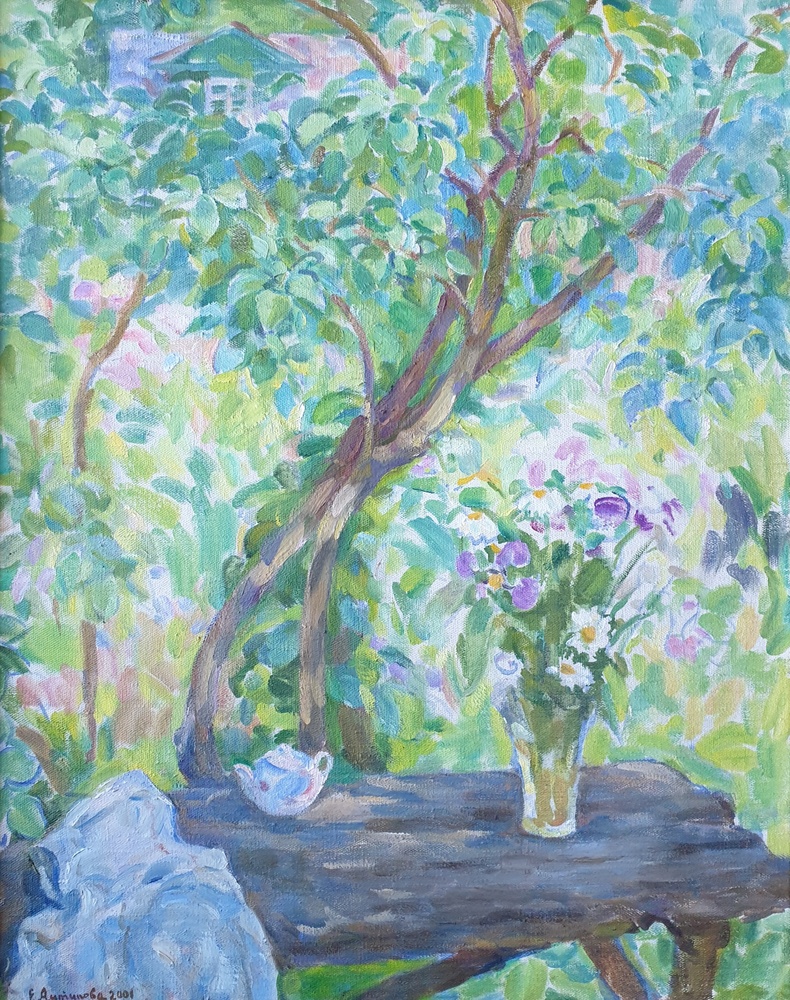 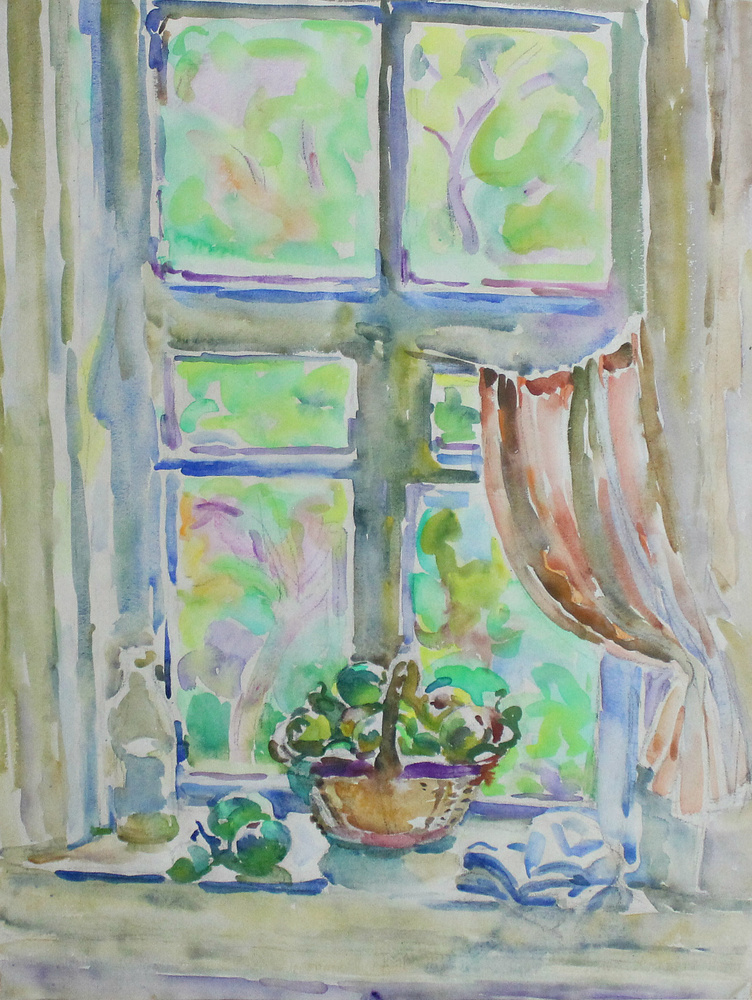