The son of a priest Mikhail Arnautov, a teacher at the Mariupol Mariinsky Gymnasium and Adelaide Kravtsova. Youth spent in Mariupol. He graduated from the Alexander Grammar School. From youth, he was engaged in painting by a local artist. After the outbreak of World War I, he graduated from the crash course of the Elisavetgrad Cavalry Cadet School and went to the front as a junior officer in the squadron of the Lithuanian Lancers Regiment. He served in the regiment until the end of the war (Brest Peace). He was awarded the Order of St. George for removing the squadron from the encirclement and in 1917 became the squadron commander. He was demobilized and settled in Simbirsk, where he was again mobilized and became an ensign of the 1st Strelets Drozdov Division.

In early 1918 he was demobilized and settled in Simbirsk, from where he was again mobilized into the Kolchak army and retreated with it to Siberia and the Far East.

He lived in China (in Manchuria he met his first wife, the daughter of an assistant military attache). He earned icon-painting and painting caskets. At the same time, he studied at the Lotus studio with former teachers of the Yekaterinburg art school M. A. Kichigin and A. O. Bernardazzi. In 1923-1925 he worked as a cavalry instructor at the stud farm of the army of Marshal Zhang Zolin in Mukden.

Since 1925 in the USA. He studied at the California School of Fine Arts. Among its teachers are Piesoni, Stackpole, Randolph. In accordance with the then visa requirements, he should have left the United States for a while. Carried away by the creation of frescoes, he leaves for Mexico with his family, continuing his education with the world-famous artist Diego Rivera (1929-1931).

Arnautov was accepted into his working group and later recalled it like this:

Rivera, saying that he didn’t take students, invited me to come help during work - observing the whole process, you can learn a lot.

In Mexico, he participated in the creation of frescoes on the buildings of the Ministry of Health, the National Palace (fresco «Mexico through the Ages»), the Governor's Palace. According to the memoirs of Arnautov, he was originally an assistant at Rivera, rubbed paints and supplied water, and only with time he was allowed to paint some details. At this time, the artist writes paintings that are now stored in the collection of the State Russian Museum: «Laundry washing at the bridge» (1931) and «Breakfast of the worker» (1929). At the same time, he published several woodcuts in the magazine Mexican Life for 1929.

In 1931 he returned to the United States and received an official work permit. He worked in San Francisco, designed metro stations, the World Library House, Coit Tower, a memorial to the firefighters. killed in an earthquake in 1906, which was temporarily closed due to disputes caused by his painting. He painted the clinic in Palo Alto in 1932, George Washington School in 1936. He took an active part in public events in support of the USSR, especially during the Second World War. He taught at the California School of Fine Arts, from 1939 to 1963 - professor at Stanford University. His solo exhibitions are held in San Francisco in 1933, 1934, 1935 and 1938, and in 1936, his personal exhibitions in Trenton, Stockton. Since 1938 is a member of the US Communist Party. In the same year, his father was shot. During the war, Arnautov was the head of the Russian-American Society for Assisting the Red Army. He handed over the painting «The Stalingrad Sniper» to Stalingrad. His eldest son Michael participated in World War II and fought in France. In the 1950s, a group of left-wing artists was created in San Francisco, Graphic Workshop, which includes Arnautov.

In the summer of 1961, at the proposal of V. A. Yakhontov, he traveled to the USSR. In 1963, after retirement and the death of his wife (in 1961), he returned to Zhdanov (Mariupol) and became a citizen of the USSR. The author of a large number of works, of which the most famous mosaic panel «Space Conquest» (1964) at the Communication House (now crumbles and may be lost) and a monument to the victims of fascism (1967) in Mariupol. He also designed school No. 54 and the Mariupol terminal. He was buried in Mariupol. Held personal exhibitions in Zhdanov and Donetsk. The numerous legacy of Arnautov was not worthy of appreciation. He was married for the second time to the art critic Nonna Taleporovskaya, and together with her, shortly before his death, he left for the village of Vyritsa near Leningrad, where he died of 83 years of life from the flu. Part of the cremated ashes of Arnautov rests in Leningrad, and part of his wife brought to Mariupol and arbitrarily buried in the grave of the artist’s mother in the old cemetery. 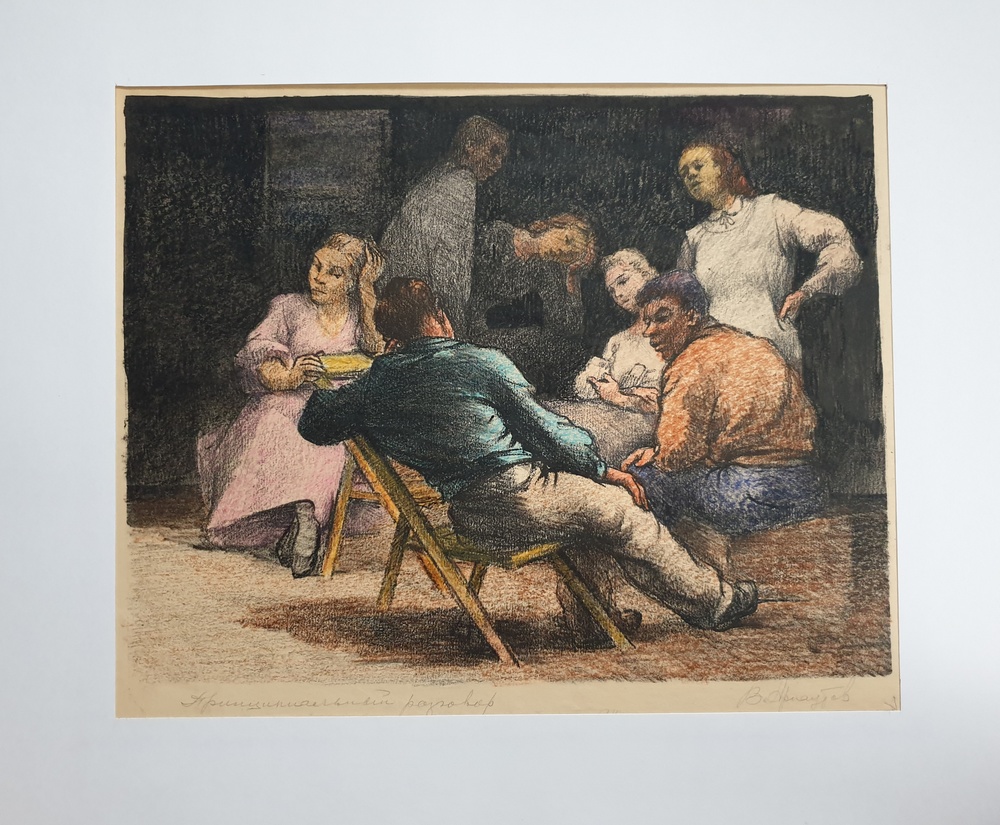 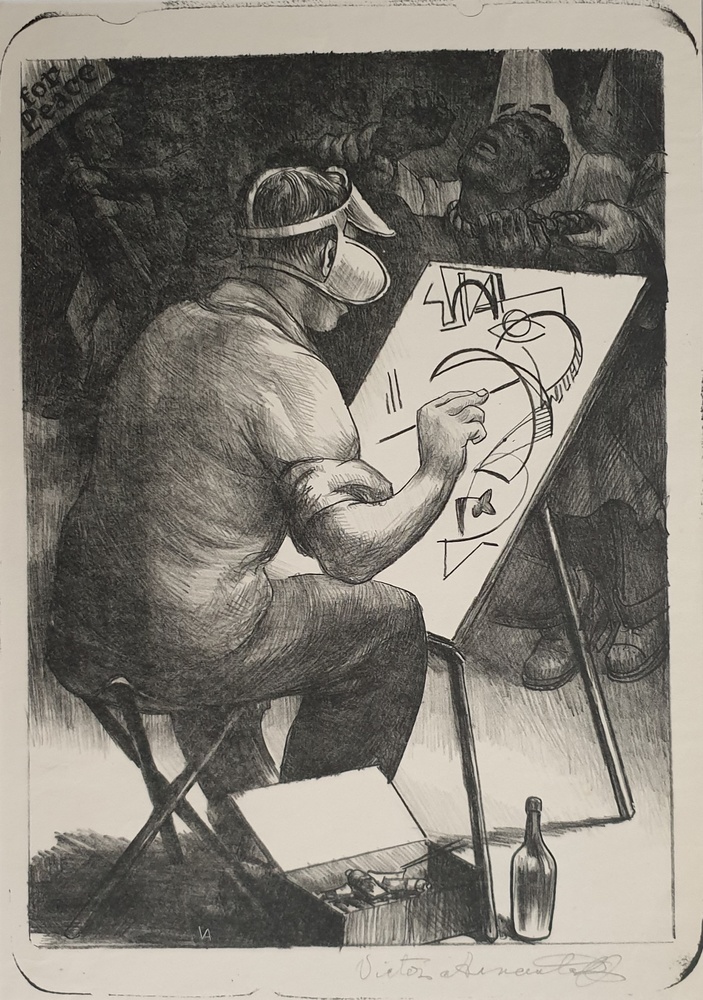