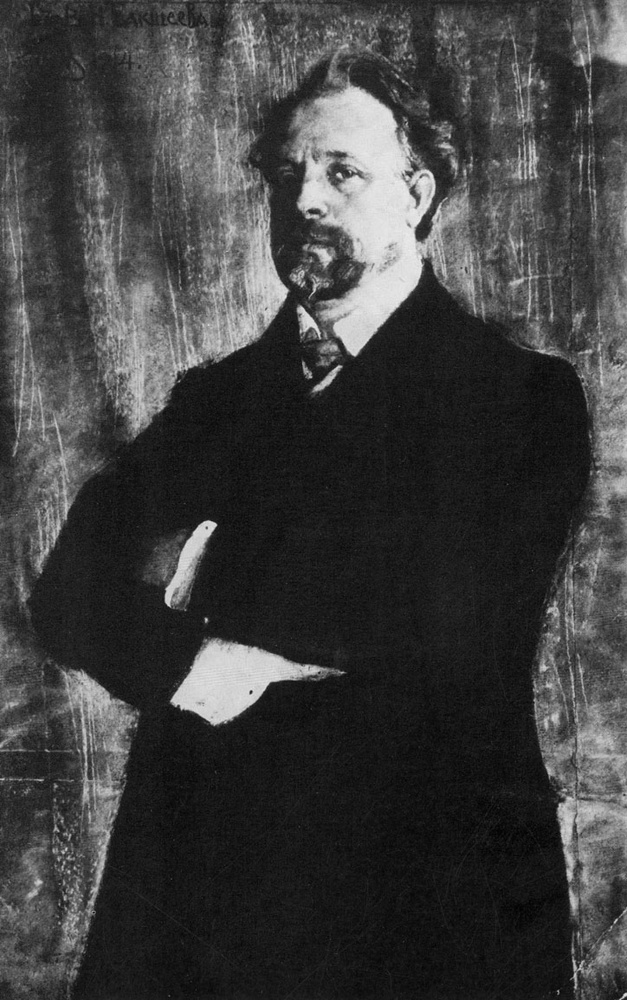 Vasily Nikolaevich Baksheev (1862 - 1958) - Russian Soviet painter. People's Artist of the USSR (1956). Laureate of the Stalin Prize of the second degree (1943). V.N. Baksheev was born December 12 (24), 1862 in the family of a nobleman of the Moscow province of the titular adviser Nikolai Fedorovich Baksheev (1822-1875). In 1877 he entered the Department of Architecture of the Moscow School of Painting, Sculpture and Architecture, which was previously graduated by his older brother Fedor (c. 1849 - 1876). But then Vasily Baksheev transferred to the painting department; his teachers were V.E. Makovsky and A.K. Savrasov.

In 1888, after graduating from college, he received the title of class artist for the painting «Return from Praying». In 1894, he began to teach at this school and worked in it for more than 20 years (until 1918). In 1896, Baksheev was elected a member of the Traveling Exhibitions (exhibitor since 1891). In 1913 he received the title of academician of painting. He was a member of the Association of Wanderers, was one of the organizers of the Union of Russian Artists (1903). After the October Revolution, he took part in the organization of Moscow regional museums.

Vasily Nikolayevich Baksheev spent about 40 years of his life in the village of Zaitsevo, the current Odintsovo district of the Moscow region. V. Baksheev came to Zaitsevo as a student in 1887. There was the estate of his friend, lawyer S. A. Losev. Losev’s sister, a beautiful fifteen-year-old Anna, impressed the young artist, and he painted her portrait - «A Girl Feeding Pigeons». Baksheev exhibited this work at a student exhibition. The exhibition was visited by P. M. Tretyakov, he liked the painting, and he acquired it for his collection. In 1892, Baksheev married Anna Alekseevna. In 1903, he built on his own project a wooden two-story house on 4th Rostov Lane, where he lived for more than half a century. Full member of the Academy of Arts of the USSR (1947).

In 1922, he joined the Association of Artists of Revolutionary Russia, participated in exhibitions. In the 1920s, in the spirit of the times, he wrote the paintings «Uprising in the rear of the White Flotilla», «Lenin at the Spill», «On the Eve of January 9» (1926), «Demonstration». Since 1932 V. Baksheev was a member of the creative association «Art for Socialist Construction». In 1939 he participated in the exhibition «Socialism Industry» with the paintings «Before» and «Now». In 1940, Baksheev created the painting «V. I. Lenin and N.K. Krupskaya in the village of Kashino».

In subsequent years, he mainly painted landscapes, combining an impressionistic style with lyrical symbols: «Spring Day», «Autumn Rays» (1916) in the State Russian Museum, «Blue Spring» (1930) and «Cloudy Morning» (1945) - both in the Tretyakov Gallery . A. A. Plastov noted: «For me, Baksheev’s painting, his whole personality, have always been and are like a fontanel of cold, clear crystal water ...».

V.N.Baksheev died on September 28, 1958. He was buried in Moscow at the Novodevichy cemetery (plot number 3). 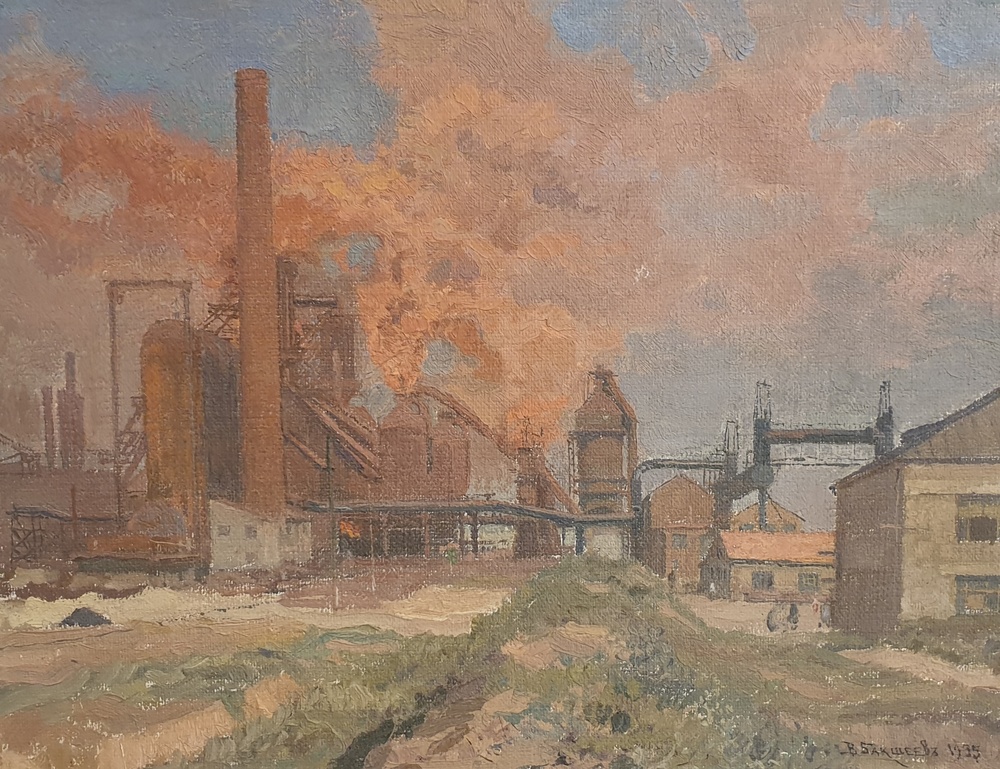