Andrei Yurevich Belle was born in a family of physicists on August 13, 1957 in Minsk, but grew up and studied in Leningrad. He graduated from high school with a French bias and art school. In 1977, Bella entered the Leningrad Higher Industrial Art School named after V.I. Mukhina, graduated in 1983. Since 1985, continuing his own research in artistic creativity, Belle began active work in the artistic life of the city.

Belle's works, written mainly under the influence of French impressionism, were successfully exhibited at the first Biennale of Contemporary Art. Since 1990, Andrei Belle began working with the Mitka group, with which he participated in the Mitka shows in the Harbor, in the Museum of the History of Leningrad, as well as in the museums of the cities of Vyborg, Tomsk, Samara, Vilnius and others. In addition to working in the group, Belle continued to search for his own style in pictorial skill and exhibited the fruits of his work abroad (Canada, Toronto - gallery «Moscow Art Gallery», USA, Washington - «Gregory Gallery»).

In 1991 - 1992, Andrei Bellet exhibited his works at the annual painting shows in the Central Exhibition Hall of the St. Petersburg Manege, in the Saint-Jean Museum of Bruges in Belgium at the Modern Art of St. Petersburg exhibition and at the second biennale of contemporary art. Gradually, Andrei Belle departed from exhibitions in the group in order to develop his own understanding of the painterly task, based only on his feelings, independent of others' opinions. Belle begins to actively use the collage in painting and graphics, begins to use old boards instead of canvas, the material is more noble and durable than the canvas.

In 1994, Bella participates in the action titled «No to War» by German artist Ha Schult. The action took place on Palace Square of St. Petersburg, where, according to the authors, two T-80 tanks (white and black) tore off the eight-meter word «War». The action was broadcast by all world TV channels on the air and caused a great response among viewers.

At Belle's personal exhibition entitled «Nostalgia» (1995-1996, Petersburg gallery «Palette») one could see the artist’s already well-formed style and, perhaps, the most important theme of his work. Theme of Time and the connection of times. With the help of special textures and painting techniques, Belle invites her viewers to travel to different epochs and acquaints them with nature, smell and other realities of those times to the extent possible. Reflections on time are developed further in joint exhibitions with Andrei Makarevich, his old friend and colleague in art (the exhibition Anatomy of Memory, etc.)

At the master class exhibition in Vilnius in 1997, Andrei Belle presented a number of canvases, and also held an artistic action to design and install on the square of Moletai a monument symbolizing the unity of artists of the whole world. C this year, after a successful presentation at Art Manezh in Moscow, Bella begins his work in the Central House of Artists on Krymsky Val, where in 1998 he holds a solo exhibition «To Himself One», in which he shows the direction of his chosen path in art, Andrew also explains his unwillingness to belong to any creative unions and organizations, one way or another influencing the artist.

In 2003, in St. Petersburg, within the framework of the Master Class project under the leadership of Mikhail B. Piotrovsky, Andrey Bella was awarded the title Master. Since 2001, Belle has collaborated with the Arslong Gallery. With her, the artist was exhibited at Art Manezh in Moscow and St. Petersburg, as well as at exhibitions of contemporary art. In 2005, Andrei Belle, along with the most famous artists of the world, participated in the largest charity art event “Cow Parade”, held under the auspices of the Sotheby’s auction house. All the money raised through this project was directed towards the needs of children's institutions, homes and hospitals.

The largest solo exhibition of Andrei Bella called «The impression of freedom ...» was held in September 2006. The exhibition was held at the Museum of the History of St. Petersburg in the Peter and Paul Fortress, in the Nevskaya Kurtina. Here the works of the last five or seven years, both new and collected from various collections and collections, were presented to the audience. In general, the works presented at the exhibition reflected the thoughts and experiences of the author regarding his observations in the field of “memory of things” and experiments on deciphering the information, concluded, according to the author, in any subject and event of the world around us.

In early 2007, Andrei Belle took part in a charity auction of the St. Petersburg Grace Foundation in support of sick Russian children. In the same year, by decree of the President of the Russian Federation, Belle was awarded the medal of the Order for Services to the Fatherland, II degree. 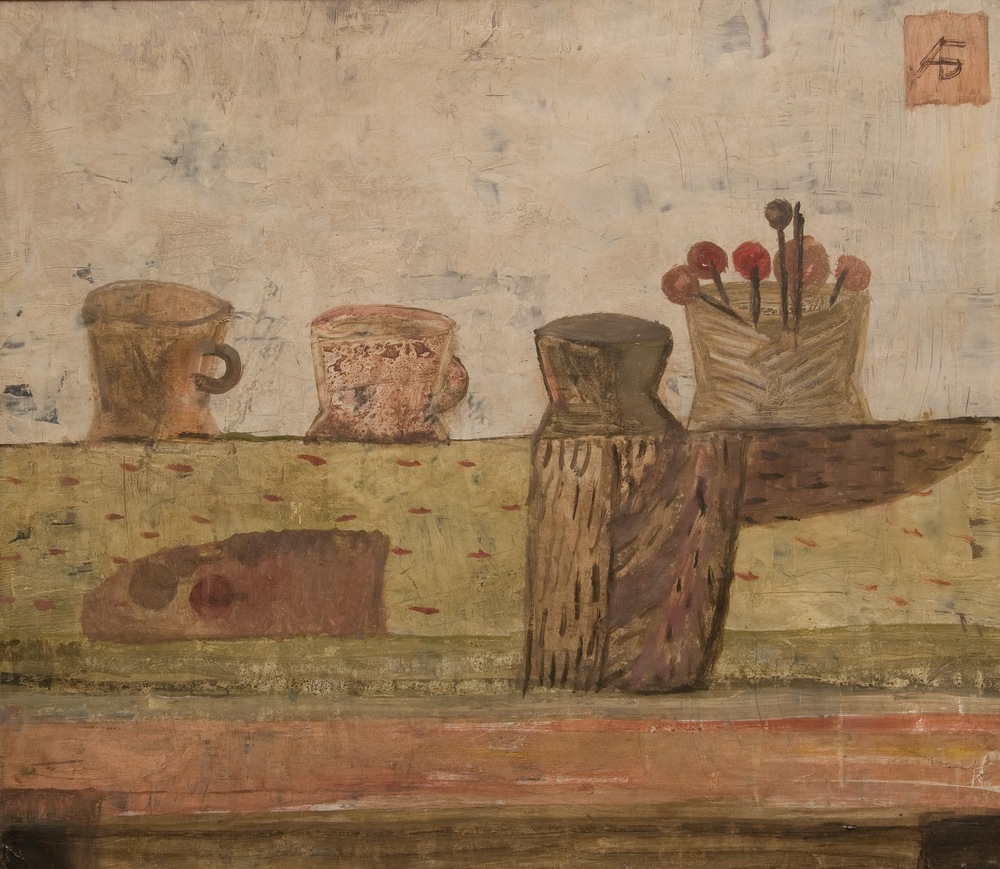