Belomlinsky Mikhail Samuilovich (1934-2020) - Soviet and American illustrator. Father of the writer Yulia Belomlinskaya. Born on July 27, 1934. Graduated from the Repin Leningrad Institute of Painting, Sculpture and Architecture (1960). In 1957-1989 he was a member of the creative association «Battle Pencil», author of satirical posters. He worked, to a large extent, with children's literature, since 1971 he was the chief artist of the magazine «Koster».

In 1989 he emigrated to the USA, worked as an art director for the newspaper Novoye Russkoe Slovo. The most famous work of Belomlinsky are illustrations for the Soviet edition of John Ronald Ruel Tolkien's fairy tale «The Hobbit» translated by N. Rakhmanova (1976), famous, in particular, for Bilbo Baggins' deliberate portrait resemblance to the actor Yevgeny Leonov, who approved of the artist's work. In addition, in different years Belomlinsky illustrated the books of Mark Twain «Yankees at the Court of King Arthur», Gerald Durrell «Talking Package», «Don Quixote» and others.

Belomlinsky is also famous for his numerous cartoons. He died on March 11, 2020. 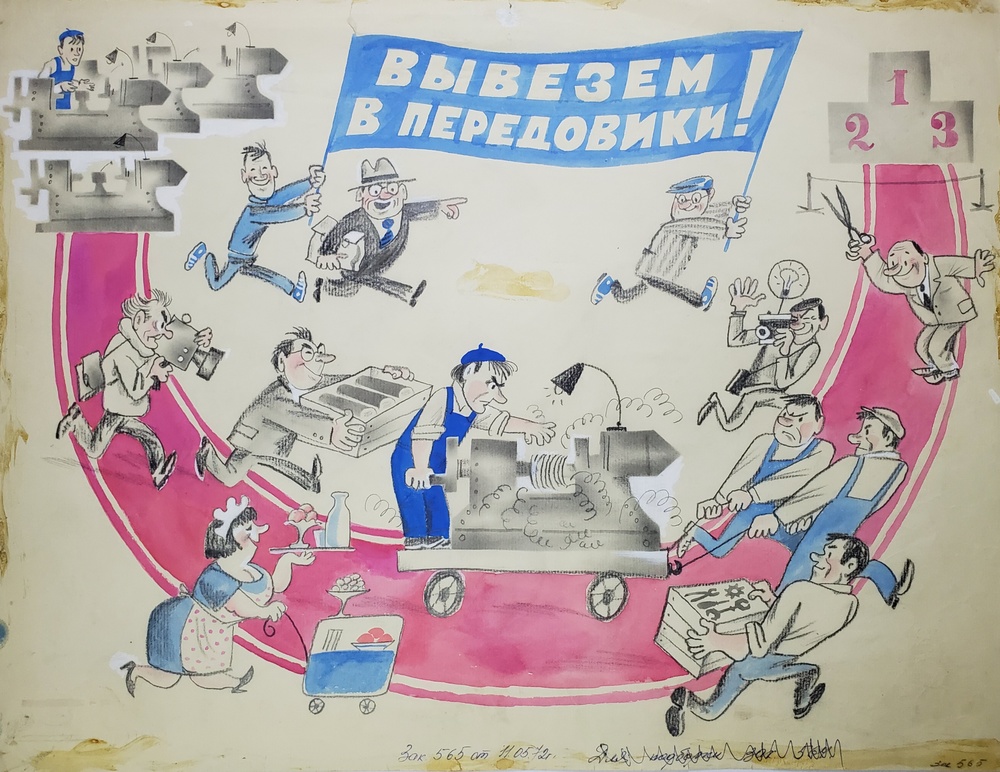 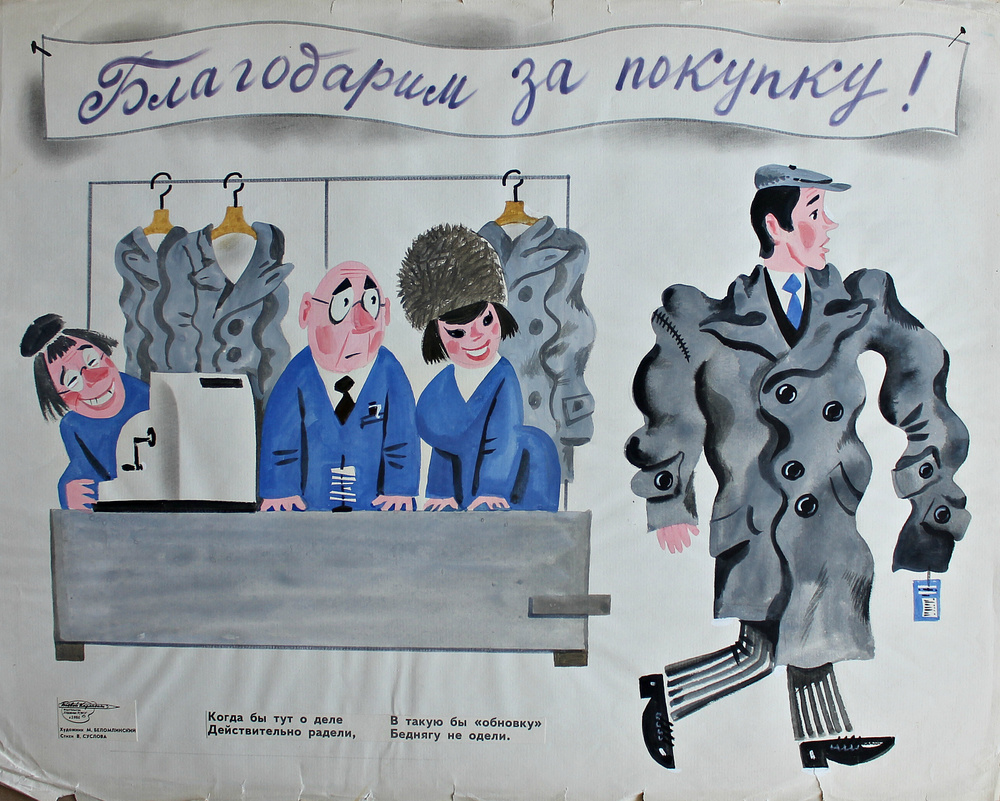 lot 9. «Thank you for your purchase!»