Lidia Alekseevna Blinova (August 30, 1948, Alma-Ata, Kazakh SSR - March 4, 1996, Alma-Ata, Republic of Kazakhstan) - Soviet Kazakh architect, designer, artist, poet, sculptor, jeweler, designer of books, performances, cinema. Lydia Alekseevna Blinova was born in Alma-Ata in the family of an assistant to the architect and engineer-builder Leonila Vasilievna Zakheeva and associate professor of the Department of Economics and Construction Aleksey Nikolaevich Blinov, who worked at the architectural faculty of the Kazakh Polytechnic Institute, which was later reorganized into the Architecture and Construction Institute.

Lydia Blinova started out as a wood sculptor. She studied in the workshop of the famous sculptor Isaac Itkind. She worked with the famous Kazakhstani artist Pavel Yakovlevich Zaltsman on the scenery «The Zatyukanny Apostle» for the film by the famous Soviet and Russian director Sergei Bodrov the Elder. She was also a costume designer in his 1985 film The Amateurs. She did puppet shows for children. She worked with plastic, making jewelry, designing fabrics. A distinctive feature of her implementation of ideas were small graphic sheets built in a row. She was one of the organizers and participants of Almaty private apartment art exhibitions of a group of followers of the school of V.V. Sterligov in the 70-80s. She was a member of the group of followers of the school of V. V. Sterligov together with Rustam Khalfin, Ablai Karpykov and Boris Yakub and others. She was the designer of the project of the book by architect Ordabaev Almas Baimukhanovich "Architecture of Western Kazakhstan". As part of a group of architects led by Yuri Tumanyan, she took part in the development of options for the project of a new square in Almaty. 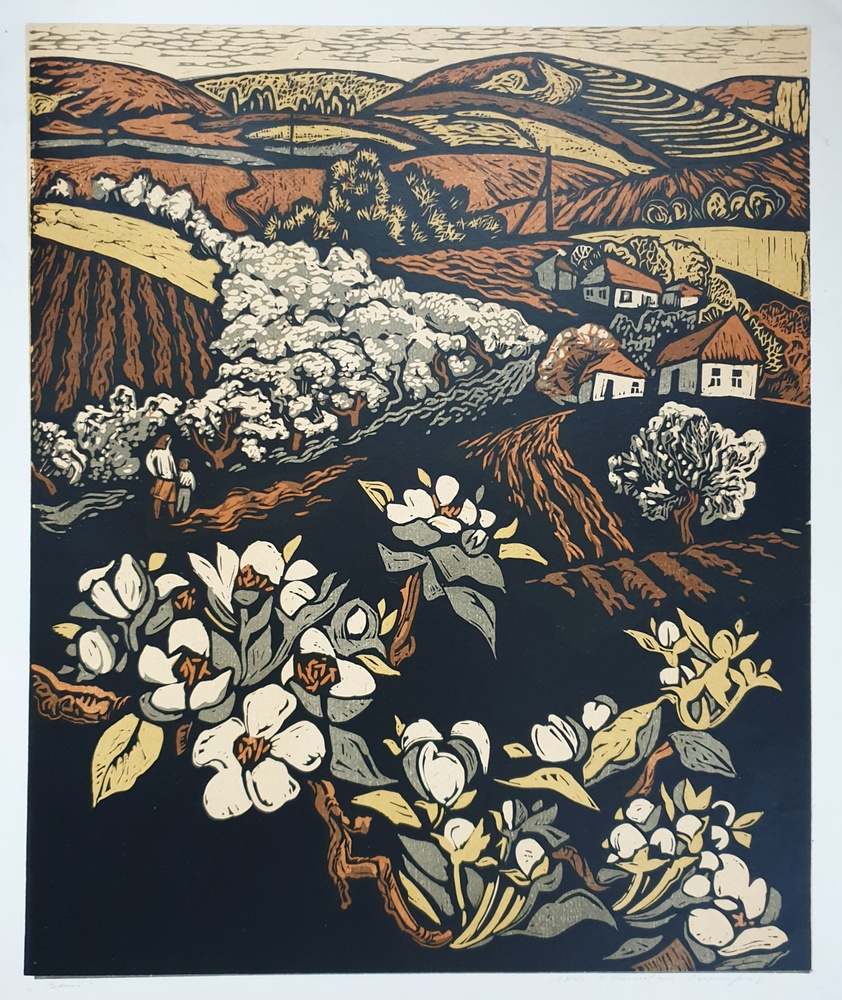