Bobyshov Mikhail Pavlovich was born on November 19 (7 according to the old style) on November 1885 in the village of Pogoreloye, Tver province. In the years 1900-1907. studied at the Central School of Technical Drawing of Baron Stieglitz in St. Petersburg with G. I. Kotov, V. E. Savinsky, M. A. Chizhov. At the end he received the title of artist and overseas pension. Visited France, England, Italy, Spain. Participant of exhibitions since 1912.

As a theater artist, he began working in St. Petersburg in 1911. At the same time he painted for magazines. He designed performances for the Academic Maly Opera House, the Leningrad Comedy Theater, the State Academic Opera and Ballet Theater, the Moscow Stanislavsky Opera House and the Maly Theater, as well as theaters in Kiev and Sofia. The author of many paintings and graphic works.

He taught at the Petrograd Technical School (1912-1918), the Leningrad Art and Industrial College (1924-1928), at the Higher Art and Technical Institute and the Leningrad Institute of Painting, Sculpture and Architecture at the All-Russian Academy of Arts. Professor of the Institute of Painting, Sculpture and Architecture of the Academy of Arts of the USSR since 1939, since 1926 MP Bobyshov is the permanent head of the workshop of theatrical and decorative painting. He also taught at the Moscow Art Institute (1943-1947). In 1955 he was awarded the honorary title of Honored Art Worker of the RSFSR, in 1961 - the honorary title of People's Artist of the RSFSR. In 1957, an exhibition of works by M. Bobyshov was held at the Academy of Arts in Leningrad, dedicated to the 50th anniversary of the artist's creative activity. In the spring of 1964, a retrospective exhibition of the works of M. Bobyshov was held in the halls of the Leningrad organization of the Union of Artists of the RSFSR, which showed about 500 works of painting, graphic art and theatrical and decorative art.

The works of M.P. Bobyshov are in the Russian Museum, the Tretyakov Gallery, in many museums and private collections in Russia, France, Ukraine, Germany and other countries. 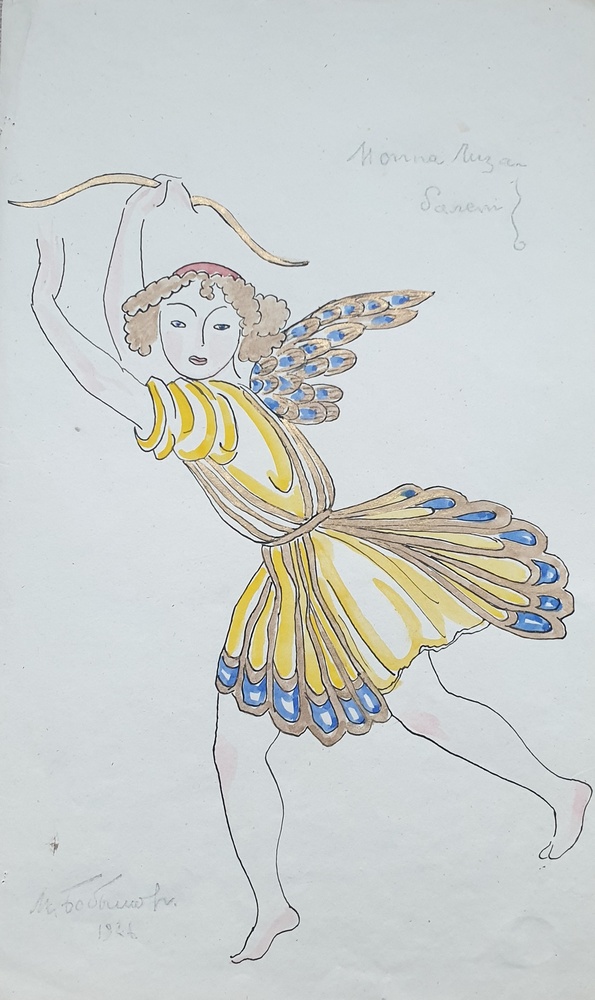