Bukhman Irina Georgievna (1917-2002) - painter, graphic artist, architect, member of the Union of Architects of the USSR. Irina Georgievna was born on August 31, 1917 in Petrograd, in the family of Georgiy Pavlovich and Maria Petrovna Ustimenko. The girl received her secondary education at the school Peter Schule, which she graduated in 1936. After graduating from school, Irina entered the Institute of Painting, Sculpture and Architecture named after I. E. Repina (All-Russian Academy of Arts). On January 20, 1941, Irina Georgievna Ustimenko married her classmate, Yakov Efimovich Bukhman.

On March 1, 1963, she was transferred from the State Institute for the Design of Metallurgical Plants to the Lenproekt Institute as a group architect, where she worked until 1972, until her retirement. While working at Lenproyekt Irina Georgievna was engaged in the design of interiors and small architectural forms. Taking part in the design of serious objects, Irina Georgievna used every opportunity to actively engage in artistic activities. The creative style of I.G. Bukhman is characterized by adherence to the Leningrad graphic school, to its best traditions. She, like most artists in this direction, professed in her work the clarity and laconicism of expressive means, transparency of color, soft tonal relationships. The master worked in various techniques of painting, drawing, watercolors, perfectly mastered the technique of lithography. A new rise in creativity came to I. Bukhman in the early 1980s after she left her job at Lenproekt and was able to travel more both around the country and abroad, bringing from her trips numerous landscape sketches and watercolors, on the basis of which she subsequently created a series of lithographs dedicated to Leningrad, its suburbs, as well as distant cities and countries. The artist carried this great love for the city landscape throughout her life.

Irina Bukhman's art is characterized by restraint of colors, balance of composition, accurate vision and ability to correctly convey proportions, silhouettes of architectural buildings and sculptural monuments, their connection with the surrounding space, with the landscape. Irina Georgievna was an active member of the All-Russian Society for the Protection of Historical and Cultural Monuments, and was a devoted patriot of the city in which she was born and lived. Irina Georgievna died on January 12, 2002 in St. Petersburg. In 2012, a CD was released with the artist's works «Travels IG Bukhman: architecture in watercolors». The disc includes her works created in the 1970-1990s, depicting not only Leningrad-Petersburg and its suburbs, but also ancient Russian cities and monasteries, cities of Europe, Central Asia, the Caucasus, India, Japan. A true master of color autolithography and watercolors, she generously donated her amazing work to all lovers of fine art for many decades. People who knew Irina Georgievna well noted that she was not only a talented architect and artist, but also «a surprisingly kind, open and intelligent person, with a wonderful outlook ...». 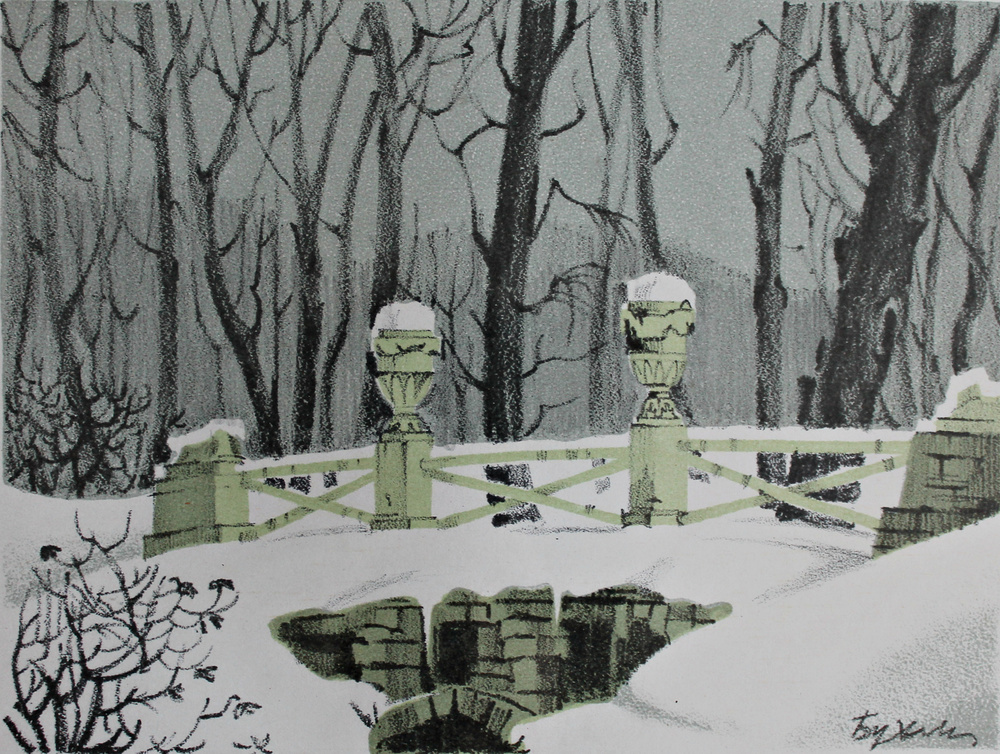 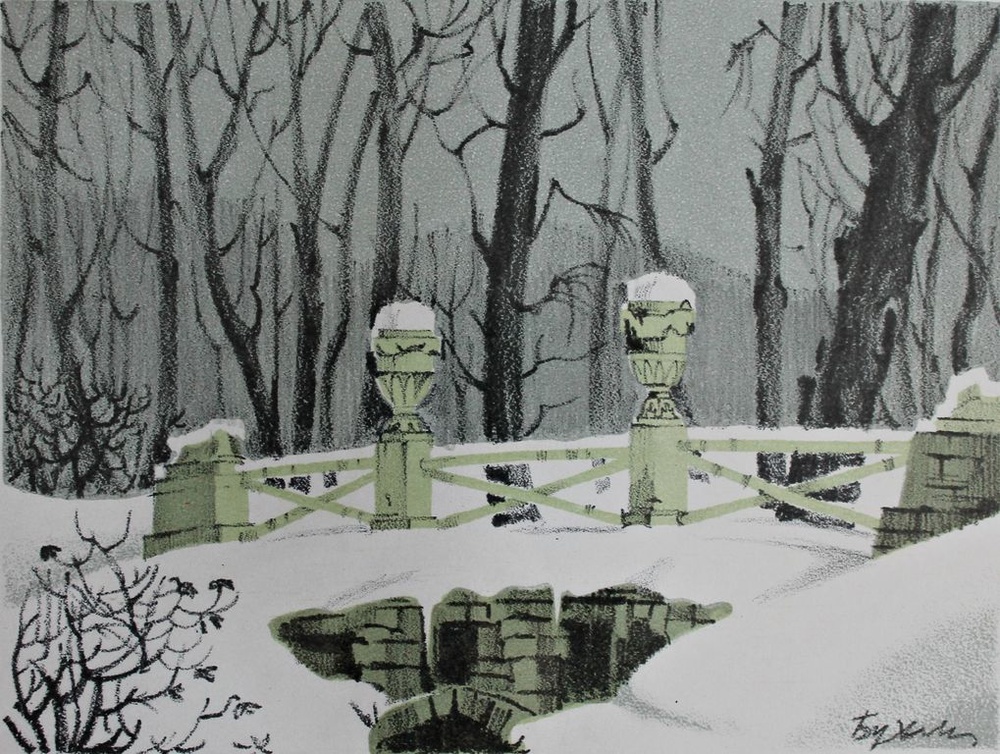