Butrova Maria Nikolaevna (1905-1989) - Soviet artist-painter, graphic artist and book illustrator. Born March 11, 1905 in St. Petersburg. She studied at the Higher Artistic and Technical Workshops (Petrograd, 1918-1920) with the artists V. V. Lebedev and V. I. Denisov; at the Higher Artistic and Technical Institute in Leningrad (1922-1927), at the monumental department of K.S. Petrov-Vodkin. Participant of exhibitions since 1926. In the 1930s, under the leadership of V.V. Lebedev, she worked in a textile painting workshop. Since 1939, a member of the graphics section of the Leningrad Union of Artists of the Union of Artists of the USSR. As an illustrator, she worked in a children's book since 1931, collaborated with children's magazines Yozh, Chizh, Murzilka, with publishing houses Detgiz, Uchpedgiz and Lenizdat. Since 1936, the artist worked with lithography in the Experimental Printing Workshop of the Leningrad Union of Artists. From the end of the 1940s, she began to study other printing techniques (etching, monotype). In the second half of the 20th century, landscape became the main genre of M.N.Butrova, which was facilitated by her numerous creative trips to the north of the USSR (Salekhard, Khanty-Mansiysk, Tobolsk, Tyumen). In the 1960s-1980s, many of the artist's easel works were created based on impressions and sketches from nature made during such trips. 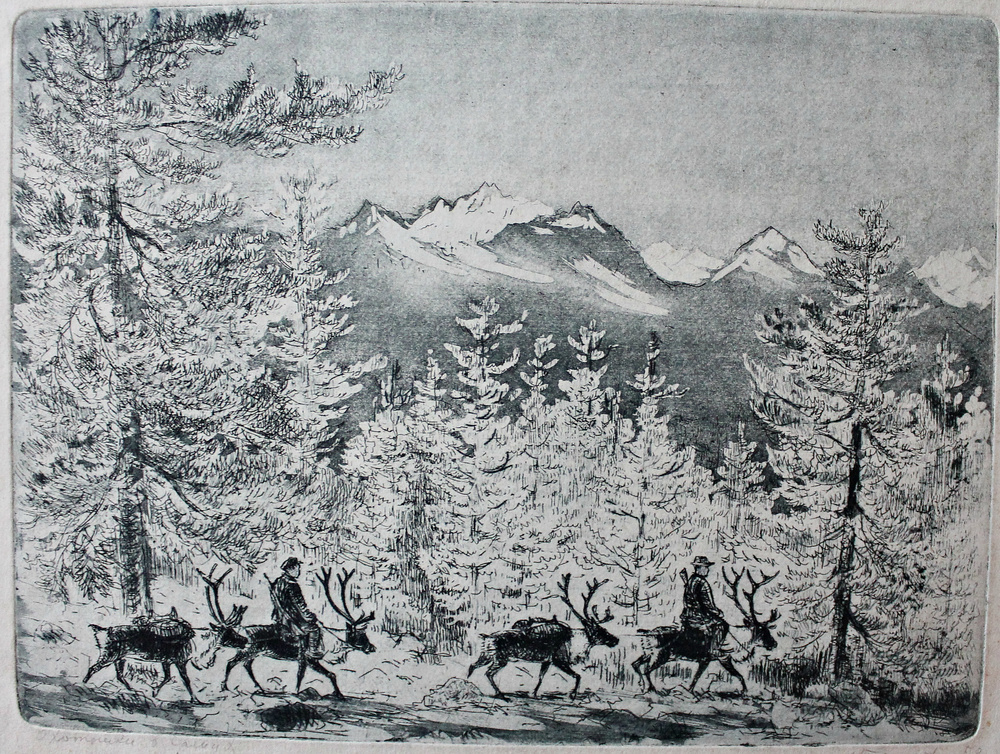 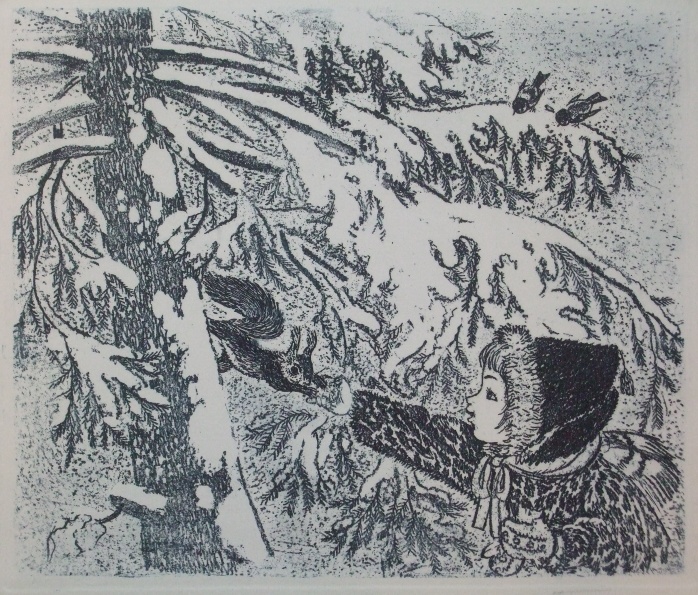