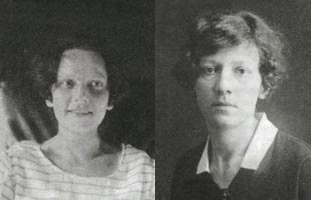 Galina Dmitrievna (born in 1891 - d. In 1966), Olga Dmitrievna (born in 1886 - d. In 1958). Russian painters and designers. Prominent figures in the domestic book graphics of the 1920s and 30s, prominent representatives of constructivism, the creators of the so-called «production book». The Chichagov sisters were born in a family that left a noticeable mark in Russian history and culture. Their grandfather, Nikolai Ivanovich Chichagov (1803-1858), supervised the construction of the Grand Kremlin Palace and the Cathedral of Christ the Savior. In fact, he was the co-designer of K.A. Ton, who rarely visited Moscow. For the decoration of the Grand Kremlin Palace Nikolai Ivanovich was awarded the Order of Anna of the third degree and the highest gratitude.

The father of the artists, Dmitry Nikolaevich (1835-1894), built public buildings and private houses, schools and churches throughout Russia. His most famous projects were the building of the Moscow City Duma and the theater building in Kamergersky Lane, which was later rebuilt by F.O.Shekhtel. At the same time, rebuilding the building, Schechtel almost did not change its facade. It so happened that the men in the Chichagov family died early. In 1884, Dmitry Nikolayevich died, leaving his wife with eleven children. Olga and Galina continued the artistic tradition of the family. In 1911-1917, they studied at the Stroganov Art College. The time was hard, and in parallel with their studies, they had to give private lessons. Then, in the years 1918-1919, they worked in the Moscow Proletkult, and in the evenings taught classes in the district art studio.

In 1920, the sisters decided to continue their studies at the Higher Art Workshops, «Hutemasia», as the artists themselves called this educational institution. She became their home, the very atmosphere of which gave a creative impetus to all their future activities. The world of Hutemasia was full of youth, enthusiasm, and play. This was often visited by Vladimir Mayakovsky and Alexei Gan, taught by Lyubov Popova, Alexander Rodchenko, Nadezhda Udaltsova. Costume performances were held here, a comic magazine was published. Foreigners came here to look at the forge of new Russian artists. But most importantly, they created avant-garde art, the art of a young country. And how actively, how emotionally they did it: «Many of us went to special workshops. branches and campaigned for production art. Verbal fights took place not for life but for death», Galina Chichagova recalled. Young artists were taught here not traditional sculpture, drawing and painting, but the general skills of working with color and form.

The 1920s and 30s were an amazing period in the history of the illustrated children's book of Russia. The country in which the civil war had just ended, where famine and devastation reigned, somehow inexplicably managed to allocate money for the publication of books for children. The education of young citizens was considered the most important thing, state. But the old, pre-revolutionary books were not suitable for this - it was necessary to create something fundamentally new. Therefore, one of the main directions in children's book publishing in those years was the «production book».

The sisters actively collaborated with publishers such as State Publishing House, New Moscow, Young Guard, Earth and Factory. In 1923, Olga and Galina made the books Charlie's Journey, Where the Tableware Comes from, and Children About the Newspaper. The texts for them were composed by Nikolai Smirnov. This was not a simple illustration of books, namely the collaboration of the author and artists - three people created one work. Here, however, it should be noted that Smirnov’s texts significantly lost to the design. The books of the Chichagovs were built with the help of clear silhouettes, usually decided in two colors. The subject became a sign, a generalized symbol. At the same time, a single space of the book was created in which illustrations and text were inseparable from each other. Often the pages of a book resembled propaganda posters of those years. The artists actively used all kinds of lines. For example, in the book «How People Drive», the motive of movement was enhanced by horizontal rulers, which became a conditional image of either road, water, or rails.

The Chichagovs also played freely with fonts, highlighting words using the color or size of letters. «We are faced with the form of the book, where the image is in the first place, and the letter is in the second», considered constructive artist El Lissitzky. It was this approach that turned out to be the most advantageous in relation to the children's book. In the world of technology, human figures were often lost, looked alien, unnecessary.

During the war, the sisters worked at TASS Windows. After the war - again engaged in the design of various exhibitions ...

January 18, 1958 Olga Dmitrievna died. Galina Dmitrievna was left alone. Her name was almost forgotten. She received a small pension and continued to arrange children's toys, sets of blocks, albums, coloring books ... She lived in a small room, where she arranged interesting evenings. Sick. Poor. She wrote chaotic and fragmentary memories of her youth. October 20, 1966 she died.

Nothing remained of the projects of the Chichagov’s sisters ... Only children's books remained. It was in these books that the spirit of the era was forever preserved - an amazing feeling of enthusiasm, energy, youth of the country, where everyone believed in a bright future and built a new life with all their might; a time when no one else knew what would happen next - neither with them, nor with the country that they so wanted to make the best in the world ... 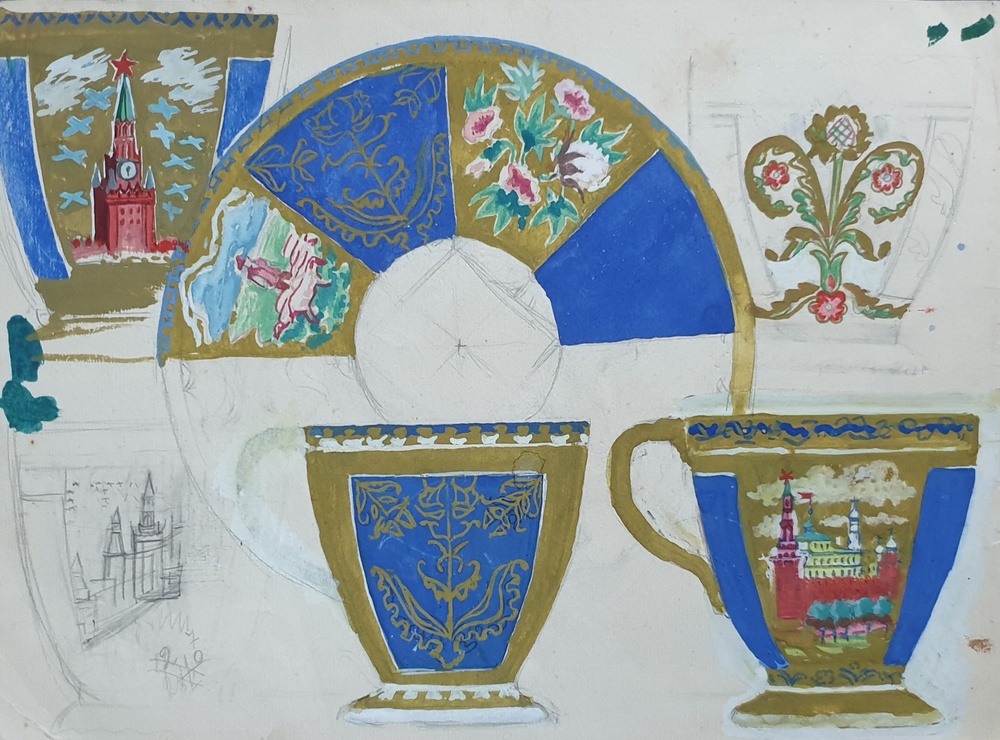