Chukov Nikolai Sergeevich was born in 1923 in the village of Teploe, Tula region. In 1945, after demobilization from the army, he entered the Moscow Higher School of Industrial Art (formerly Stroganov). Studied with artists A.V. Kuprin, P.V. Kuznetsov, S. Gerasimov. In 1950, in the studio of the monumental artist VF Bordichenko, he completed his diploma work - the multi-figure composition «Triumph of Science» for painting the ceiling in one of the pavilions of the Exhibition of Achievements of the National Economy in Moscow.

Until 1954 he taught drawing at the Stroganov School of Art and Design. At that time, he painted the ceiling in the Agriculture pavilion at the Exhibition of Achievements of the National Economy. In 1954 he moved to Leningrad and worked at the Painting and Design Art Works. In 1965, the first personal exhibition was held, where 38 works (portraits and landscapes) were presented. In 1974, the second personal exhibition took place at the House of Culture named after Gaza, where more than 80 works were exhibited: landscapes, portraits. The works at the exhibition were highly appreciated by the President of the Academy of Arts B.S. Ugarov. In 1975 he became a member of the Union of Artists of the USSR.

In 1976-1980 he painted a large gallery of veterans of the blockade "The Road of Life" and veterans of the Great Patriotic War. 8 portraits of this gallery are now in the «Roads of Life» museum, and 9 portraits are in the Museum of the History of St. Petersburg. In 1991, N.S. Chukov was invited by the Arkol firm to France to make portraits of children. In Paris, the artist completed several ceremonial portraits of children and adults in 3 months. The artist's works have been repeatedly exhibited at the auctions of this company in France and Germany. Several major works by the artist are now in private collections and museums in Paris, Hamburg, Dusseldorf, New York. In 1998, the artist was elected a corresponding member of the Petrovskaya Academy of Arts and Sciences.

N.S. Chukov is a representative of the best traditions of the Russian realistic school. In all his works, be it a portrait, landscape or still life, he always accurately and skillfully conveys not only the color and plasticity of nature, but also its inner state. The artist adheres to the classical tradition of the Russian portrait, with his attention and respect for the individual, interest in psychology and the desire to reveal the inner content of the model through external features. His portraits represent people of a wide variety of professions, scientists, musicians, workers, townspeople and villagers. A special place is taken by charming and touching portraits of children. 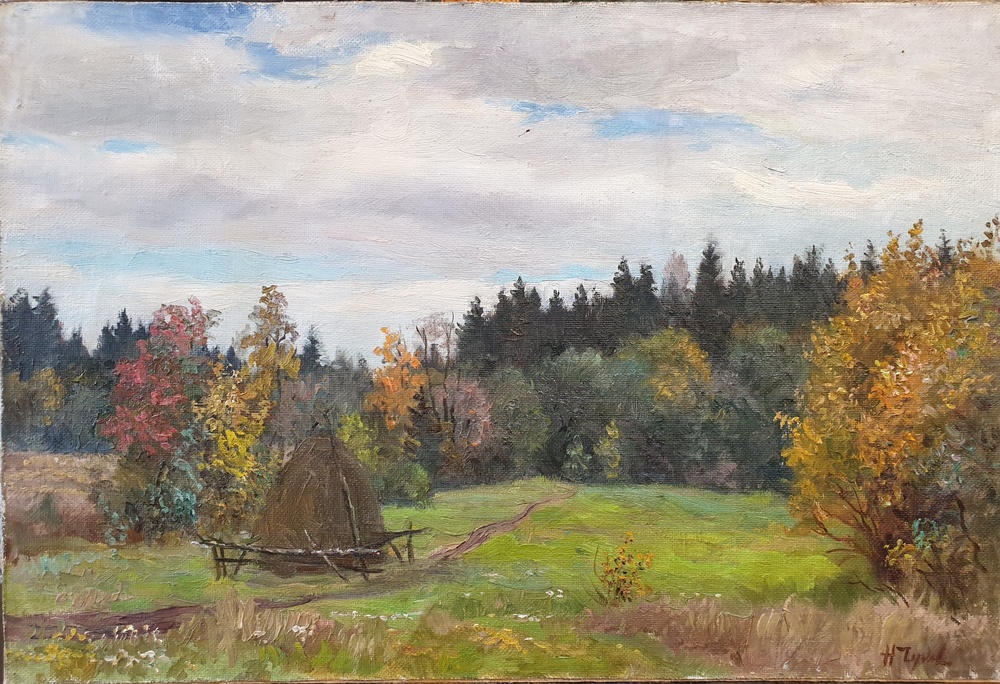