Andrey Drobitko (Andrey Adno) (born 1986) is a monumental artist, designer, founder of SketchAR. An artist with a design approach. Born in 1986 in Kazakhstan, in 1998 he moved with his parents to Kaliningrad. From 2004 to 2008 he studied at the Penza Art School named after K.A.Savitsky (department of graphic design), at the same time he began to study street art, he liked large formats, and perceived the walls of houses as giant canvases. Educated as a graphic designer.

In 2008 he created his own design studio «Art Family Group», where he worked on branding, typography, and created graphical interfaces for mobile applications. Three years later, together with partners Alexander Danilin and Anton Pronin, he launched his first startup Kula Tech. Entrepreneurs developed a platform that adapted media sites for mobile devices - the layout of articles became similar to the magazine, and the ads were embedded natively. Kula Tech completed an acceleration program at the Farminers business incubator and raised $ 150,000. And in 2013 - $ 1.5 million from Farminers and the IMI.VC fund. In 2014, the platform was used by 14 publications, including Russian Maxim, Elle, Marie Claire and English Burda. According to RBC, Kula Tech's revenue was $ 30,000 per month, but the company was not profitable. In 2015, Kula Tech had to close. Due to the increased exchange rates, many publications went bankrupt, and the rest reduced their advertising budgets. «Since the main source of revenue for us was advertising, everything went down well with us, too», explains Drobitko. He began to think about what to do next. I remembered an idea I had been thinking about back in 2012 - to create an app for street art artists that would help draw using augmented reality and would simplify the process. At the time, he was stopped by the fact that smartphones were not powerful enough to process video from the camera in real time.

In 2016, he invited his former partner Alexander Danilin to launch a new project - SketchAR. They were supported by the previous investor - IMI.VC fund, which invested € 150,000 in the project under new conditions. The academic knowledge gained at the school, passion for the classical school of graphic design, Soviet posters, works of socialist realism help to create real works of street art. Constantly balancing between street art and conventional art. Works in all directions: draws graffiti on street walls, creates custom-made advertisements, makes graphics for smartphone applications. Andrey's murals are in many cities of Russia and the world, such as New York, San Francisco, Paris, Berlin, Stockholm, Amsterdam, Barcelona. The mural, created in 2013, in Moscow, Bibirevskaya street, 19. For five days, street-art artist Andrei Adno painted his own work «Little Houses» on the wall of a 13-storey residential building. One after another, cartoon houses grow out of each other: wooden, earthen, brick, concrete blocks - they stretch up, hoping for the best. In 2014 at the 1st Moscow Biennale of Street Art «Artmossfera» showed a self-portrait «In Me». Seven PVC sheets with slots in the designated places, resembling a human skull cut vertically. Diode lighting was installed behind the assembled object, which gradually faded and lit up, which visually resembles closing the eyes. These connected sheets symbolize seven layers of perception, standing in front of them and seeing the blinking light, you understand how people around you see you. The image of fonts, characters and illustrations - such a combination is typical for the works of the writer Andrey Adno. Moreover, the pictures fill the entire area inside the outlines of letters and signs. The artist has created recognizable street art works in New York and Moscow. The letters of the typefaces, as characteristic characters, depicted in an abstract manner - are the characteristic style of the writer Andrey Adno. The artist himself calls his style artogolism.

Artist and designer Andrei Drobitko is one of the top 10 monumental artists in Russia. Andrey drew the largest mural in the country, 13 stories high. A world-renowned Kaliningrader. On the one hand, he is a strong street artist, on the other, he is a successful businessman who, together with his team and the SketchAR app, took this year's digital Oscar for the prestigious Webby Awards for Best Use of Augmented Reality. Andrey is well known in his native Kaliningrad as a street artist Adno, and recently he came up with SketchAR, an application that places a virtual image on a real surface, and you will see virtual lines as if they were already on the wall or on paper, and using your phone either with the help of glasses, they can be transferred to the real world. 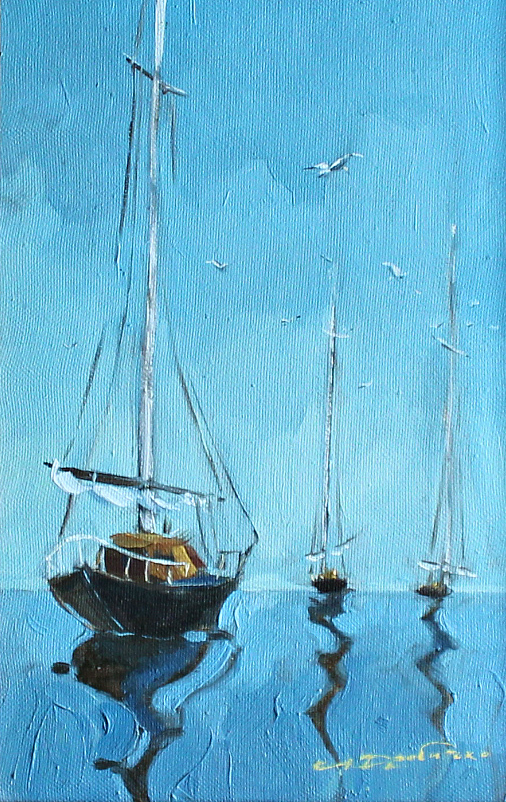