Alexander Vasilievich Durandin was born in 1944, in Leningrad. In 1974 he graduated from a branch of the Moscow Polygraphic Institute. Since 1970, he actively worked in the schedule of small forms. He mastered the techniques of woodcut, linocut, lithography and etching. He collaborated with the publishing houses «Fiction» and «Aurora», engaged in the design of books and albums. For this creative activity he received many awards, medals and diplomas. Since 1980, a member of the Union of Artists. Participants in many Russian and international exhibitions and congresses. The works of Alexander Durandin are in private and public collections in Russia, Britain, the Netherlands, Germany, Spain, China, Poland, and France.

Alexander Durandin was one of the brightest figures of contemporary Petersburg art. The work of this master is well known to connoisseurs and lovers of painting, sculpture, book design and bookplate. In his works, the finds and the best features of various but equally perfect schools of Russian graphics of the 20-30 years of the last century, schools of V. Favorsky and A. Kravchenko are clearly visible. Using the laconicism of the first images and the emotional richness of the second, Alexander Durandin brought his own, a special sense of composition, the sophistication of diverse combinations of spots and lines to the bookplate genre. A refined and solid touch, a wealth of tonal transitions - from velvety black to dazzling white and pearl gray tones - these are the main strengths of an artist who makes full use of the rich possibilities of wood engraving. The objects and figures of his graphics are stereometric and emphasized bodily. Combined with the mysterious flickering of light and the play of shadows, they create that bewitching, poetic atmosphere, where the main thing is said ... and the rest is in the feelings and conjectures of the viewer. 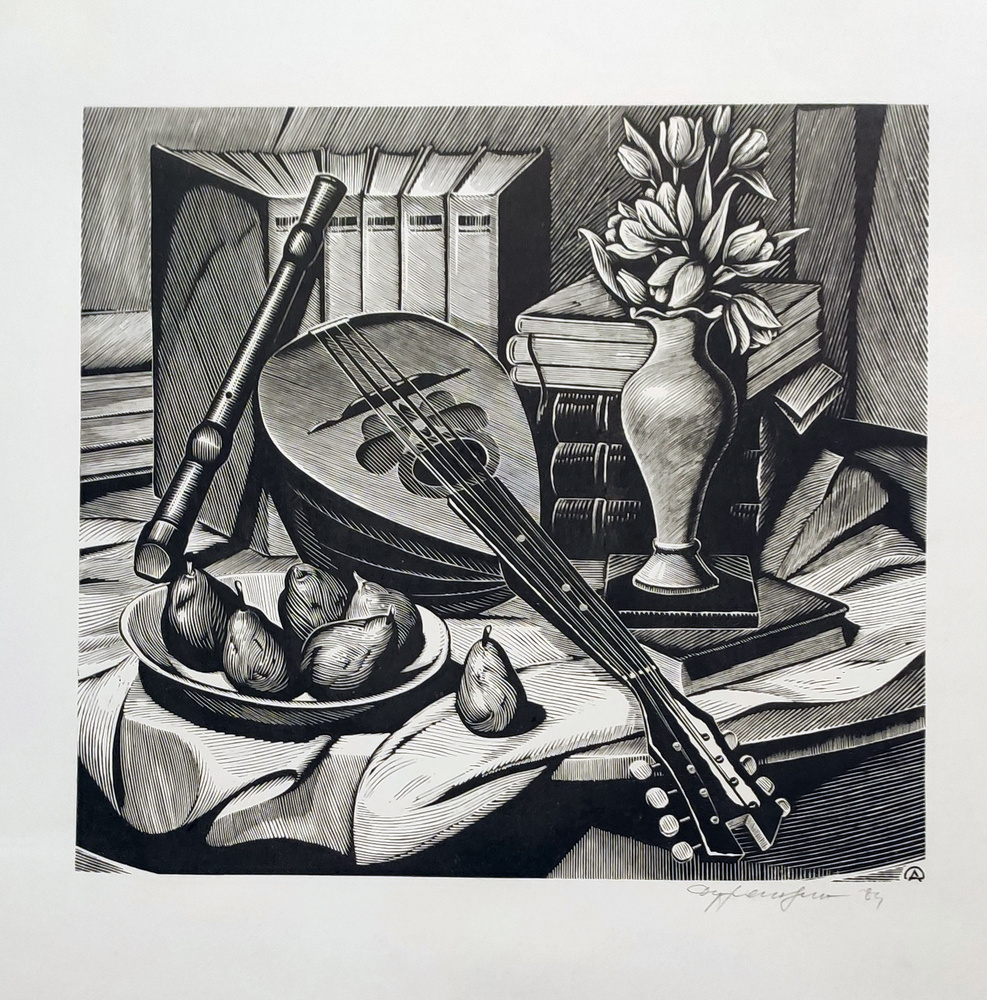 lot 7. «Still life with a mandolin» 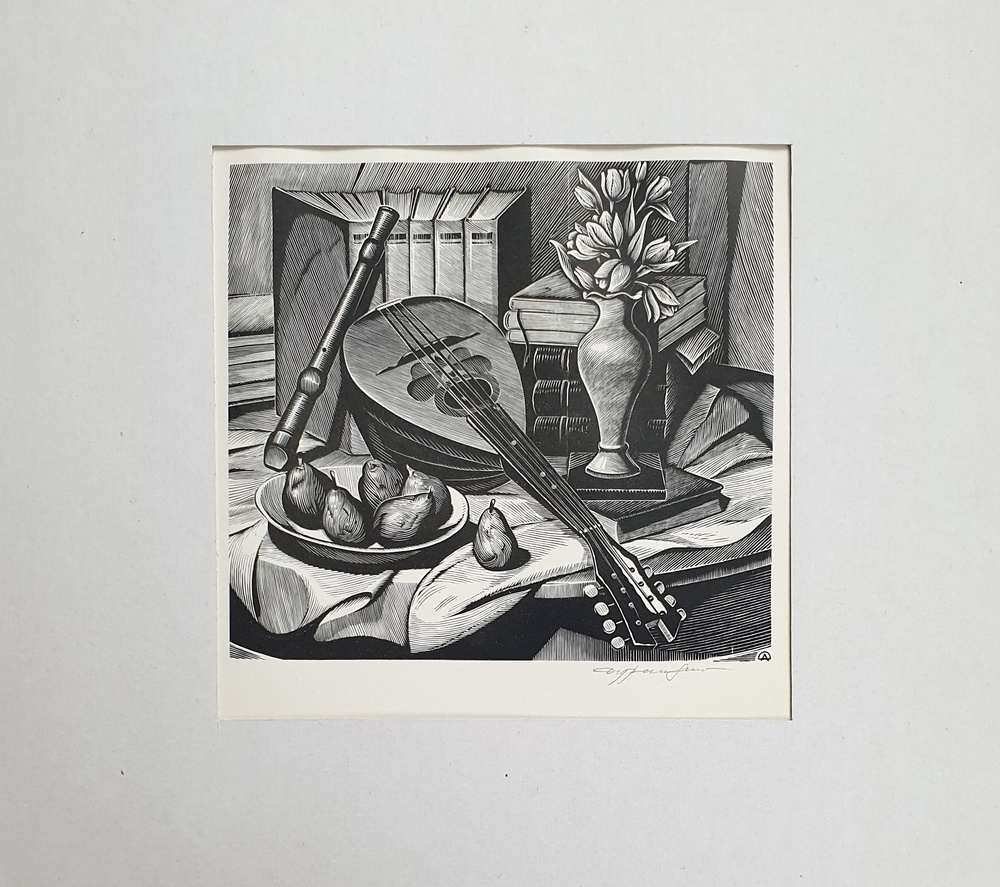 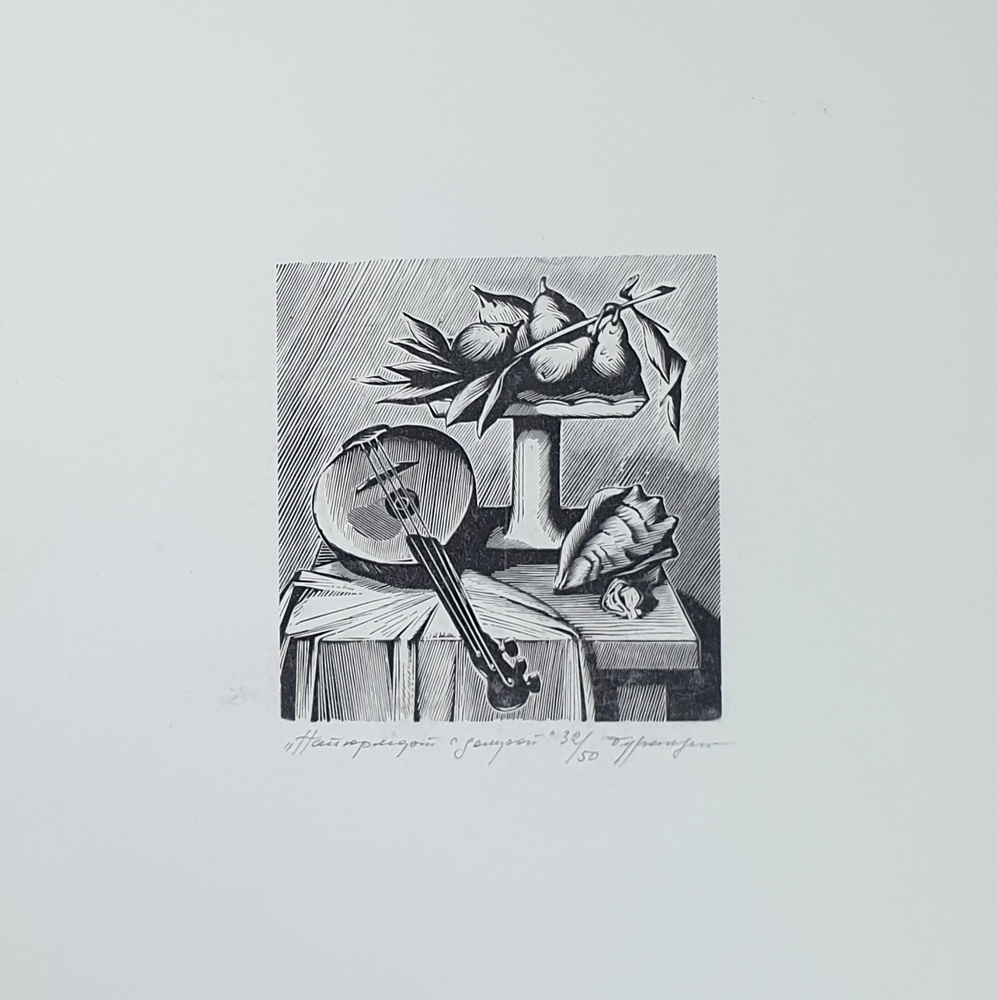 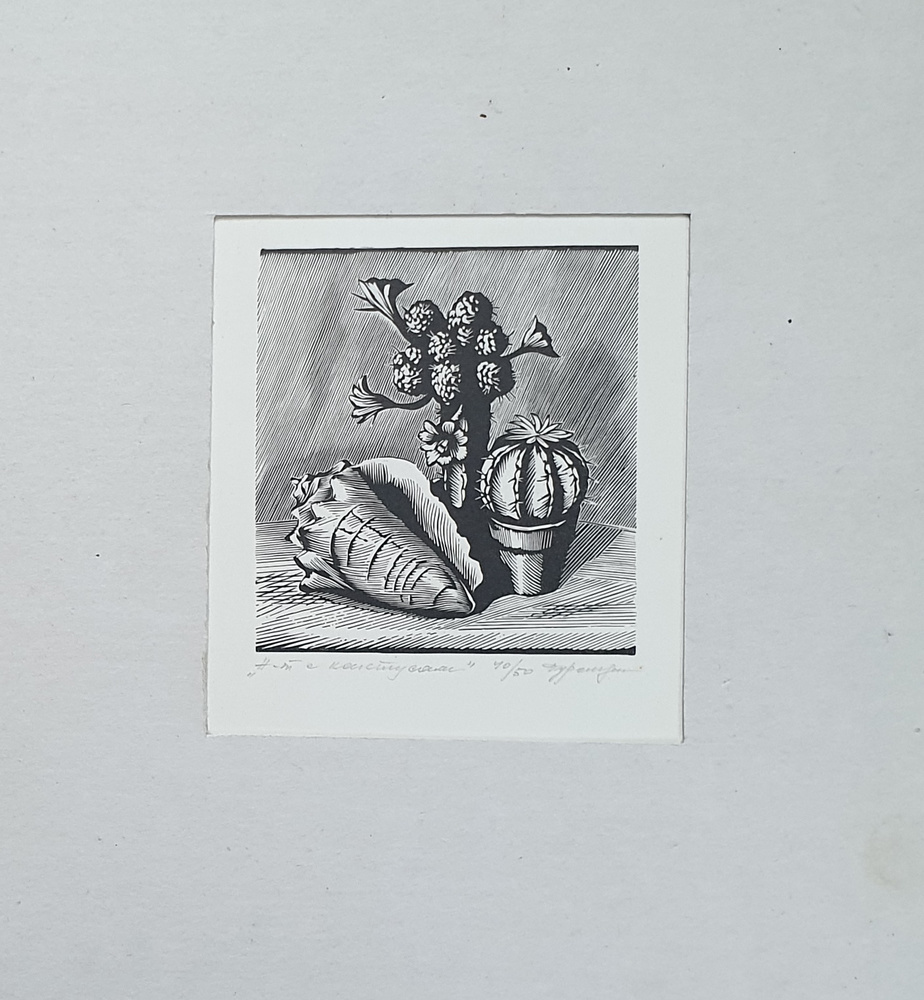 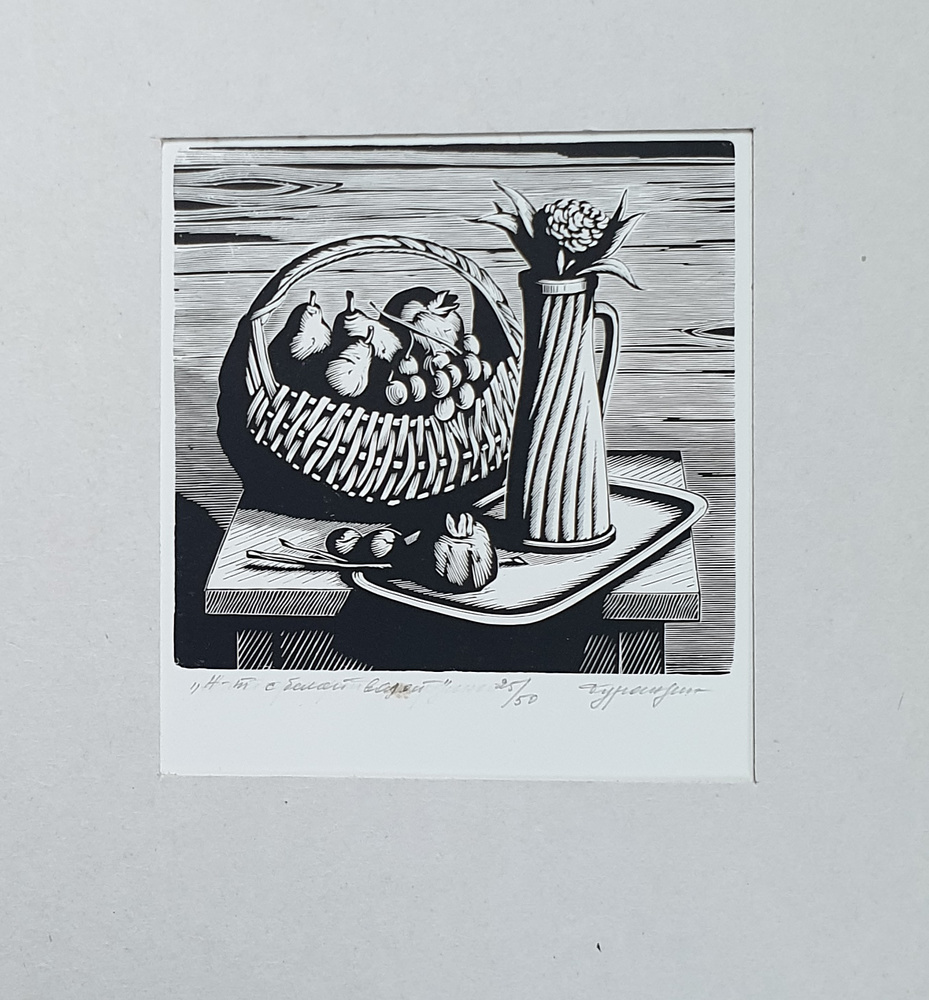 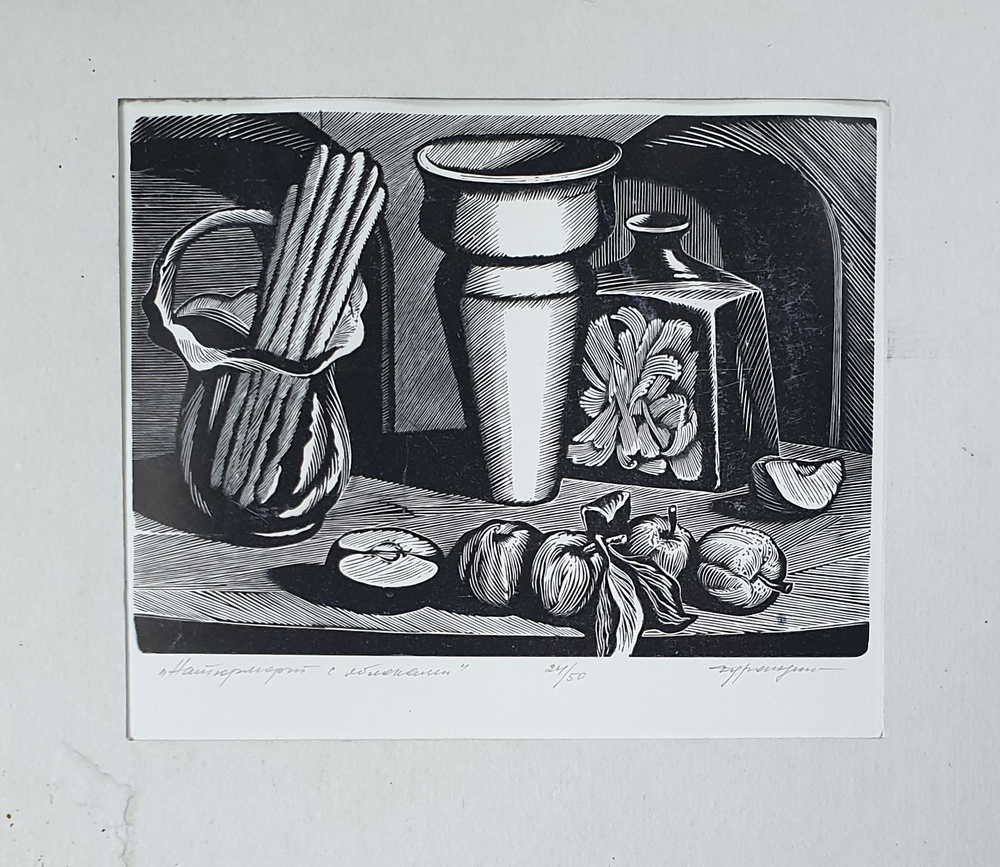