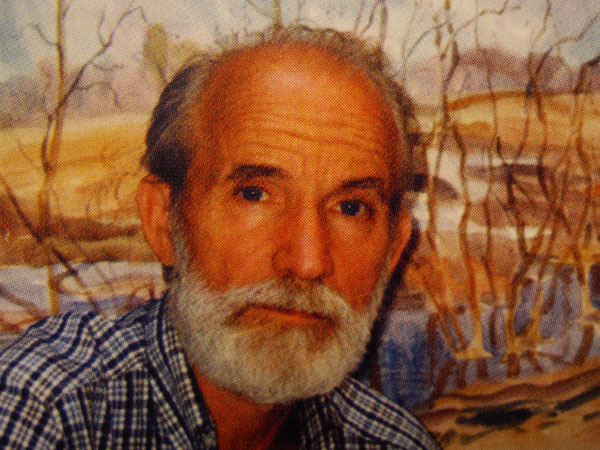 Emelyanov Vladimir Alexandrovich (October 29, 1937) - Honored Artist of Russia, graduate of the Academic Institute of Painting, Sculpture and Architecture named after I.E. Repin. The student of the outstanding Leningrad schedule A.F. Pakhomov. Vladimir Alexandrovich Emelyanov is known as a master of easel engraving, drawing, watercolors and pastels, a participant in all-Union, Russian, regional and Leningrad exhibitions.

In the 70s he worked as a marine painter at the Central Naval Museum in Leningrad, creating a unique series of engravings dedicated to the Northern Navy. V. Emelyanov traveled throughout the Soviet Union on his creative trips: the Arctic and the Far North, the Kola Peninsula, Siberia, Chukotka, Kamchatka, the Far East, Yakutia, Central Asia, Crimea, the Caucasus, Tuva, the Vologda and Kostroma lands. On the basis of full-scale works, he created a series of linocuts that are unparalleled in Soviet art: «Memoirs of the North», «White Sea», «Submariners of the Northern Seas», «Northern Fleet», «On the Baikal Highway», «Boys and the Sea». V.A .Emelyanov illustrated with remarkable drawings the book of travels of Viktor Konetsky «Yesterday's Concerns».

He worked a lot and fruitfully on foreign trips to Portugal, France, Egypt. On trips, he writes from life, mainly in pastel and pencil. He boldly undertakes to draw ancient temples and palaces with complex architecture, residential buildings, genre scenes, narrow streets of medieval cities, majestic and mysterious pyramids. He is interested in everything in the beautiful world around him, he is his researcher and realistic painter-draftsman. Emelyanov’s method in pastels is based on drawing a picture from multi-colored, balanced in tone, small strokes on tinted paper; it requires utmost concentration and accuracy. He created an individual, well-recognized author’s style in pastels, poetic and natural, contemplative and philosophical.

In the 1960-1990s, he created a wonderful series of monotypes «White Nights», dedicated to Leningrad-Petersburg. The poetic and romantic perception of the author is manifested to the greatest extent. His monotypes are built as fantastic collective images of his beloved city, consonant with his classical architecture, music and poetry. In these works there is a lot of personal perception by the artist of the city and its culture, in them he sees himself as a spiritual particle of the life of the city, its direct participant. This is noticeable both in his first works of the series, and in the monotypes of the 1990s, where there is a sense of anxiety, philosophical understanding of the fate of the city and its inhabitants. V.A. Emelyanov is a participant in the St. Petersburg Pastel and St. Petersburg Beauty art-educational projects , «Soul of St. Petersburg», «White Nights of St. Petersburg», «Palaces and parks of Peterhof in the art of pastel». With this pre-anniversary exhibition of works by the famous St. Petersburg artist, one can judge about the limitless possibilities of realistic Russian art, Leningrads second school, a bright representative and one of whose leaders is Vladimir Yemelyanov. 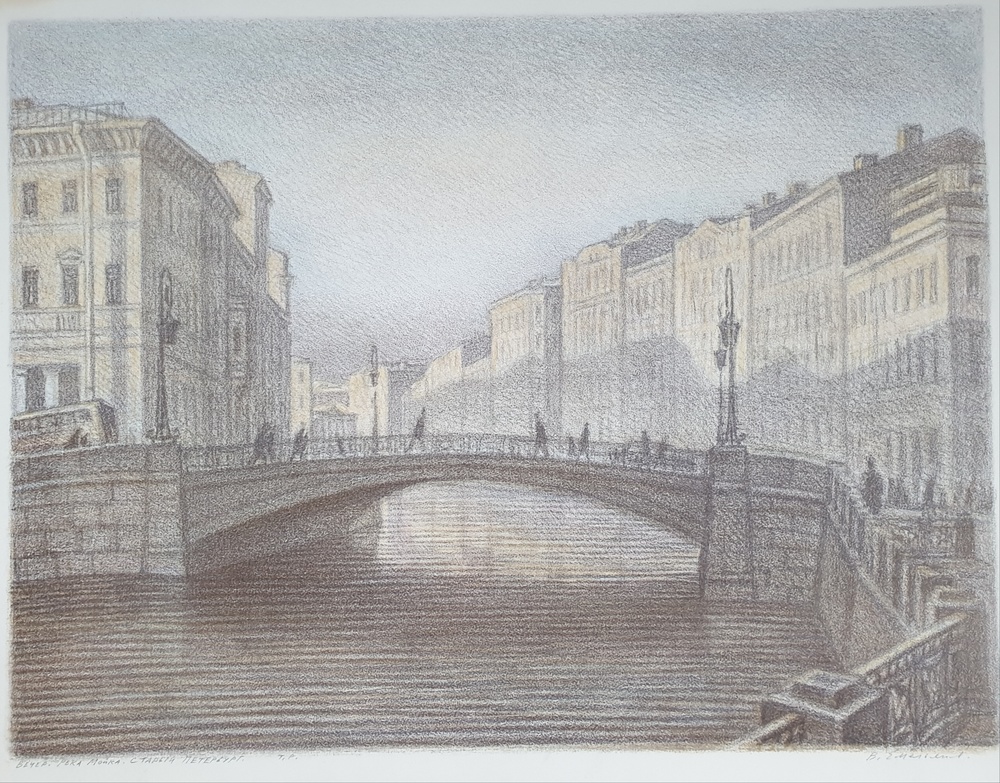 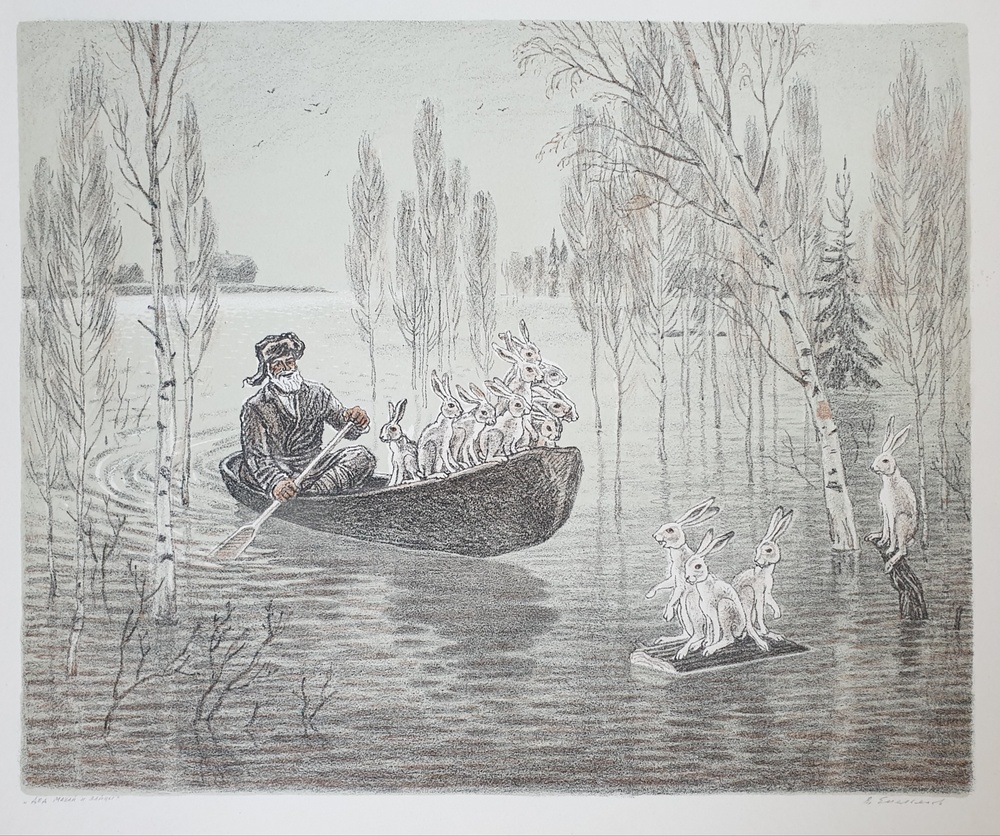 lot 62. «Grandfather Mazai and the Hares»