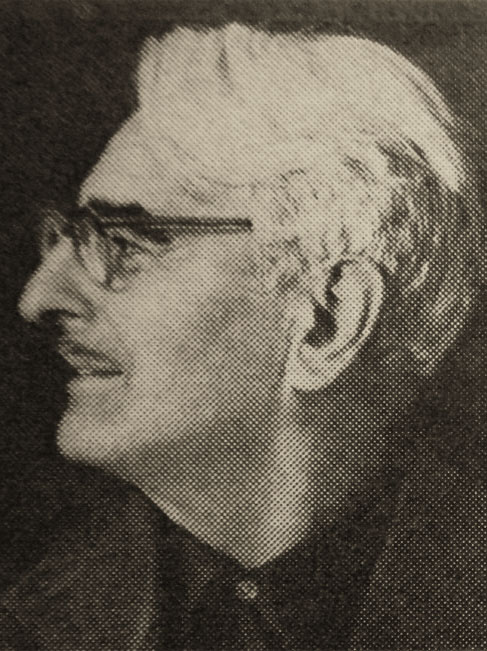 Vladimir Alexandrovich Galba (real name Galberstadt; 1908-1984) - Soviet cartoonist and graphic artist, honored artist of the RSFSR, animal painter, illustrator of literary works, master of political caricature. Galba V.A. was born on May 27, 1908 in the city of Kharkov. The family moved to St. Petersburg when the future artist was two years old.

Vladimir Galba studied under N. I. Kravchenko and A. A. Radakov, studying in their studios in the 1920s (1924-1928). Beginning in 1926, the artist began to participate in exhibitions and draw cartoons for the newspapers Leningradskaya Pravda, Vecherny Leningrad, the magazines Neva, Ogonyok. He began to draw anti-fascist cartoons in the early 1930s. Since 1939 he has been an artist of the Combat Pencil association.

During the Great Patriotic War, during the years of the Leningrad blockade, his caricatures were printed almost every day in Leningradskaya Pravda. Also, the artist made many posters for the «Battle Pencil» association.

Boris Fedorovich Semyonov, an artist and friend of Galba, recalls meetings at the editorial office of Leningradskaya Pravda on the Fontanka during the war:

Volodya was pretty thin, in a too wide shirt, but not shrunken, like many.
He was quite cheerful, «gave out reprises», even tried to run, which then few of us could. <...> All Leningraders knew that Hitler had included the artist on the black list of his personal enemies - «they will all be hanged on Palace Square at the hour when the Wehrmacht troops entered the conquered Leningrad».

In 1945-1946, V.A. Galba was present at the Nuremberg trials as a correspondent artist. Galba V.A. was sent on creative business trips to France, England, Holland. After the Great Patriotic War, Galba worked in various Leningrad newspapers and magazines, illustrated books, drew posters. In 1959, his personal exhibition was successfully held in Leningrad. In 1962 he took part, as a guest, in one of the episodes of the program «Blue Light», demonstrated auto-charm.

The work of Vladimir Alexandrovich is presented in many museums, including the State Russian Museum. He died in early November 1984, was buried at the Theological cemetery of Leningrad, on the grave there is a granite stele, Sosnovskaya road, Section 54. 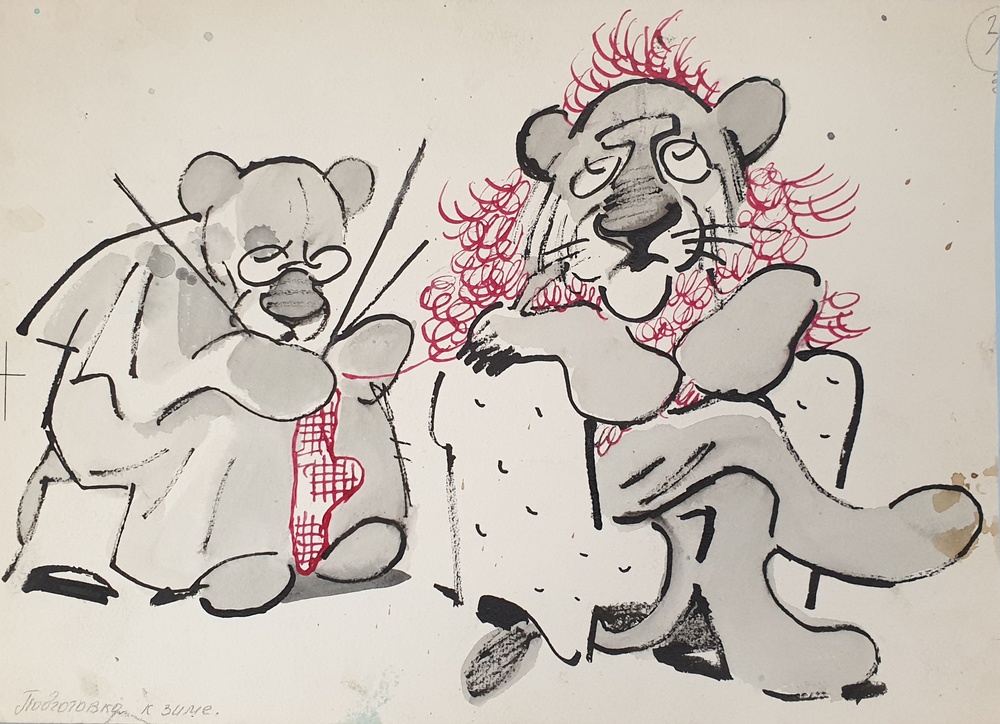 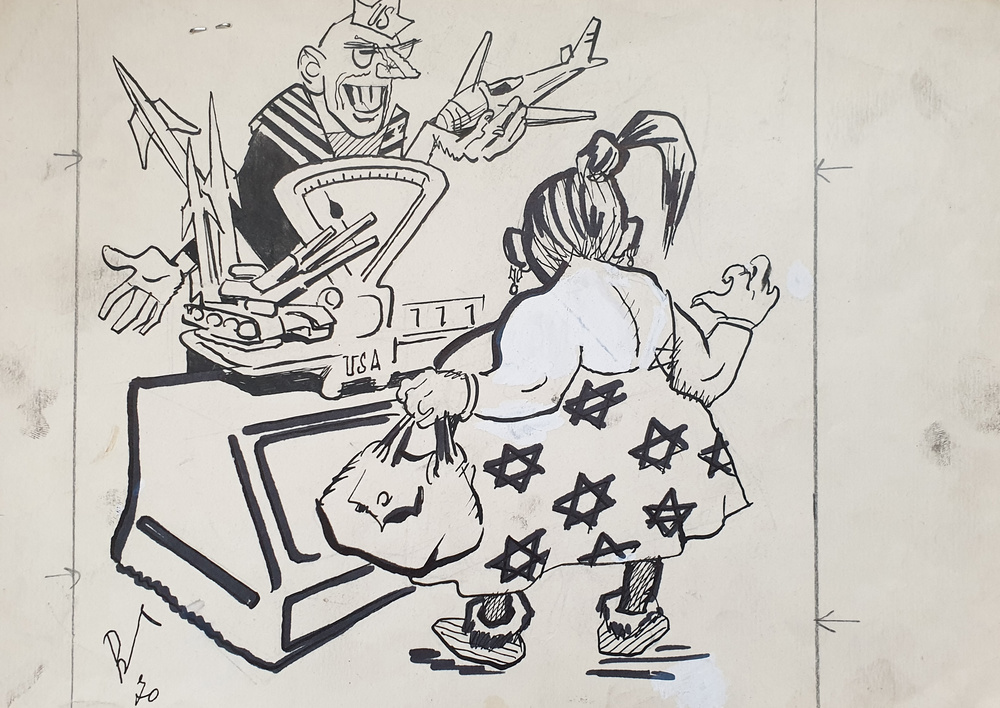 lot 39. «The US sells weapons to Israel. The goods are released on a campaign ... against the Arab countries» 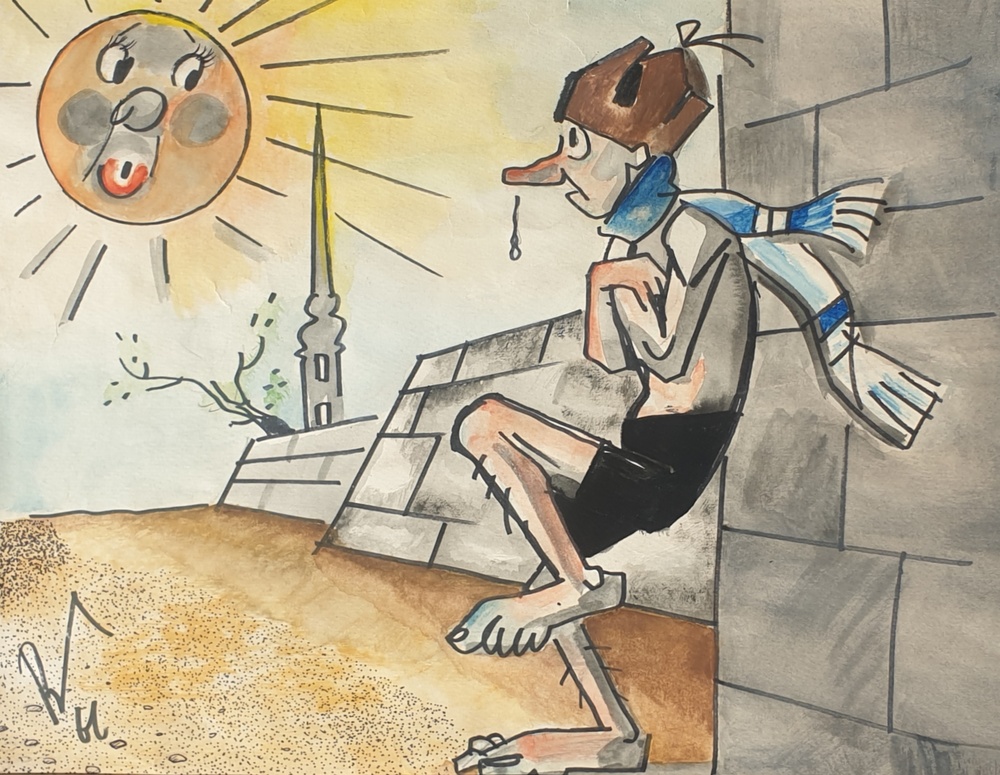 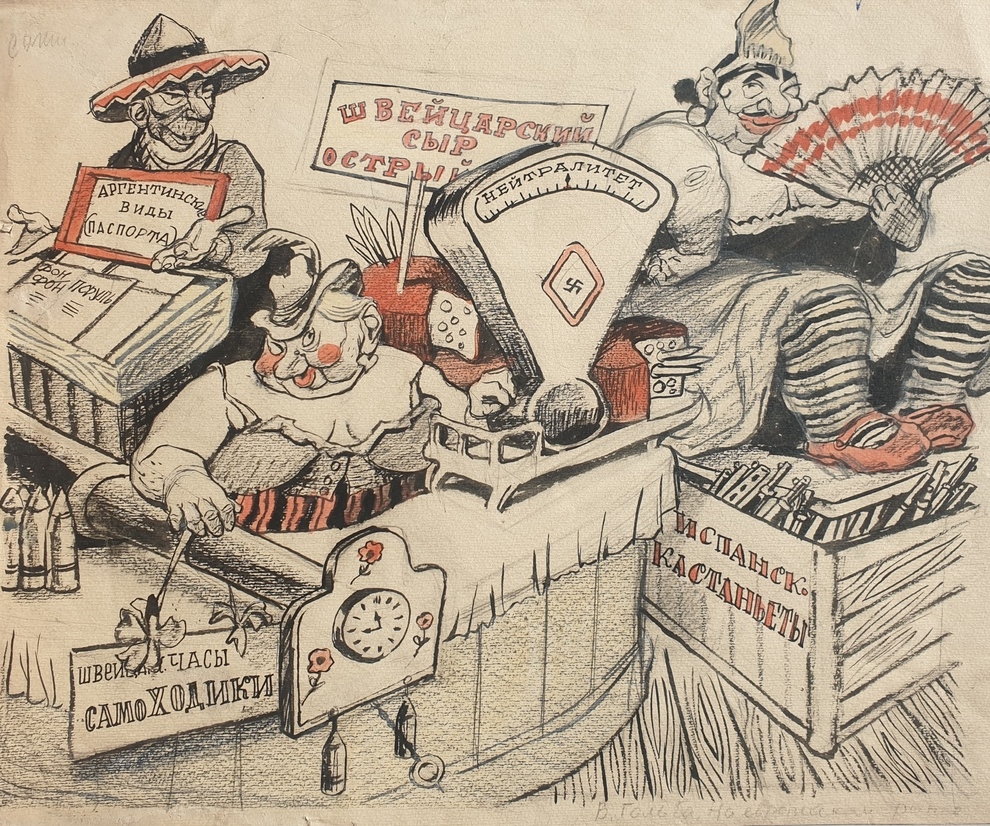 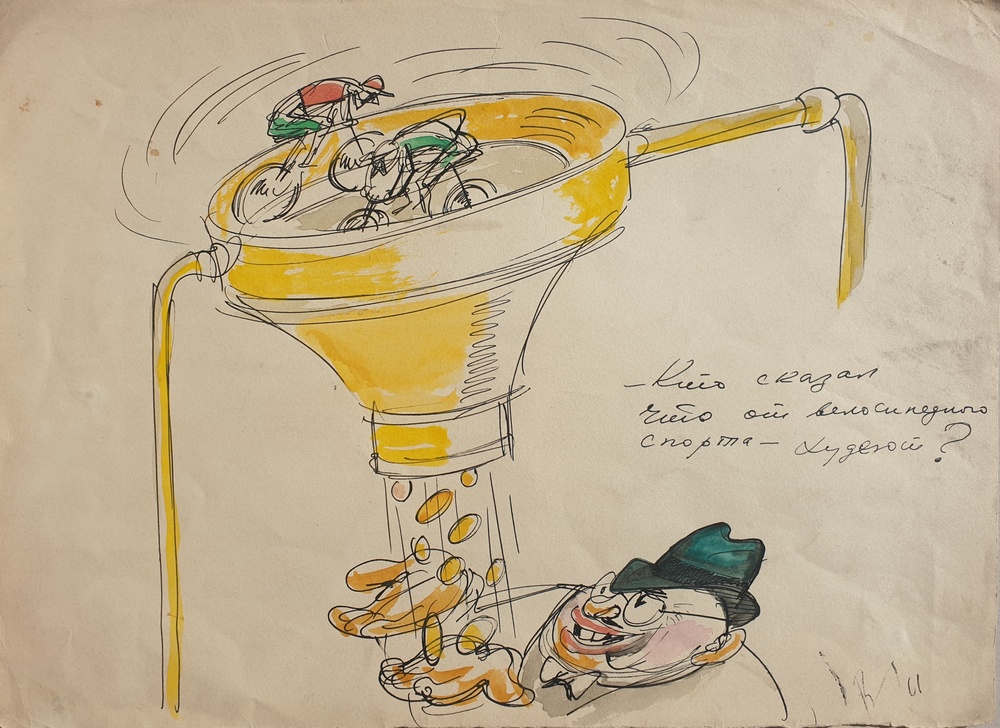 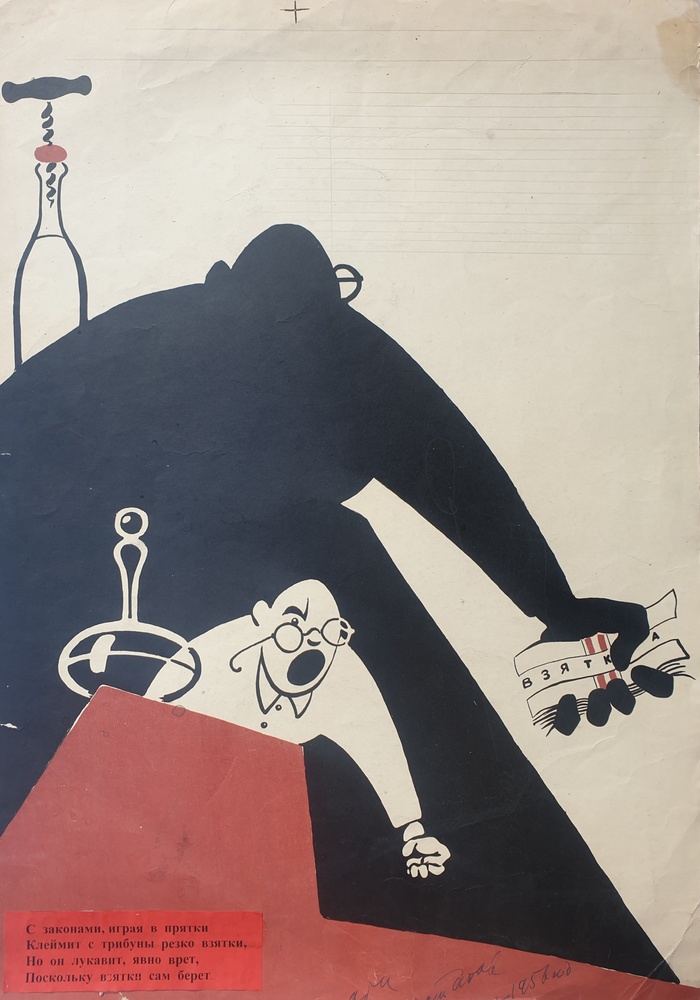 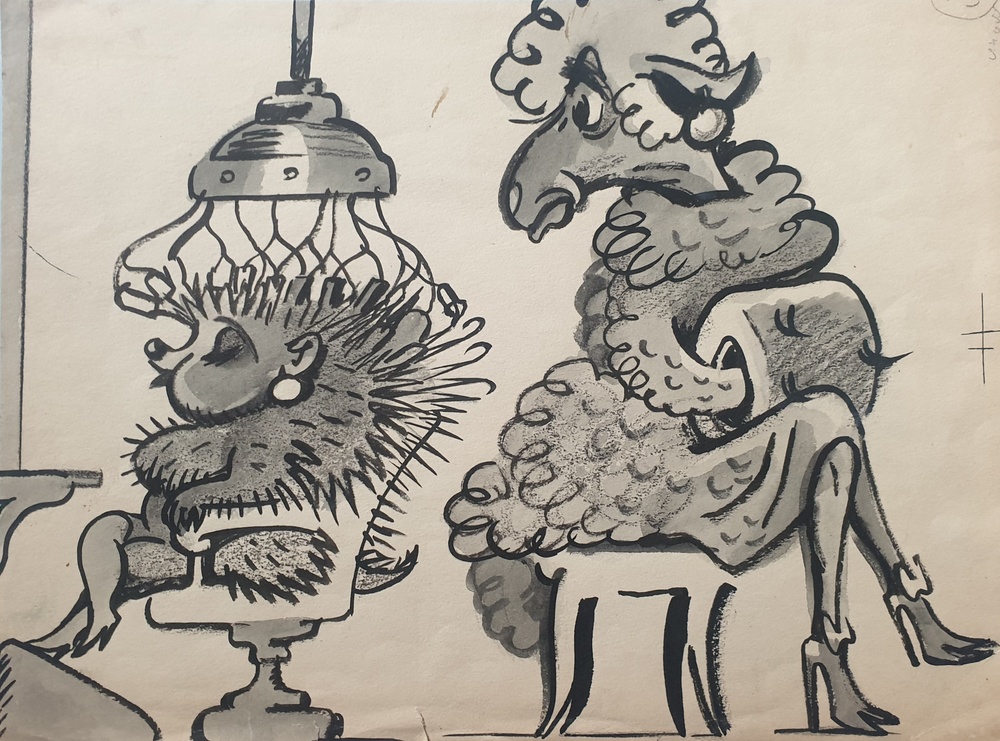 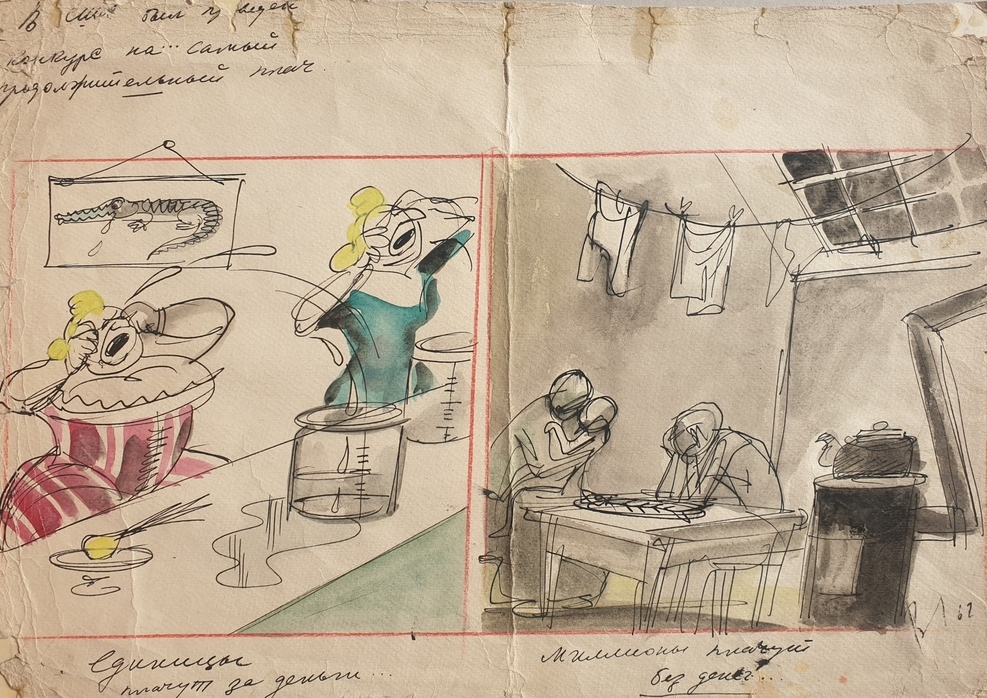 lot 38. «Competition for the longest crying»