Galetsky Yuri Iosifovich (1944, Biysk) received his primary education at an art school at the V.I.Mukhina Leningrad Higher Art School, later he mastered graphics and painting on his own. Participant of exhibitions: «Handicraft» (1971 - 1972) at the apartment of K. Kuzminsky (1974), in the Palace of Culture. Gaza and Nevsky (1974 - 1975). In 1976, a personal exhibition was held in the Priboy cinema, at the same time apartment exhibitions were held in Leningrad and Moscow. In 1977 - 1987 he was in exile in the United States, collaborated with a number of galleries. After returning to Russia, he regularly exhibited his works at group exhibitions in galleries in St. Petersburg. 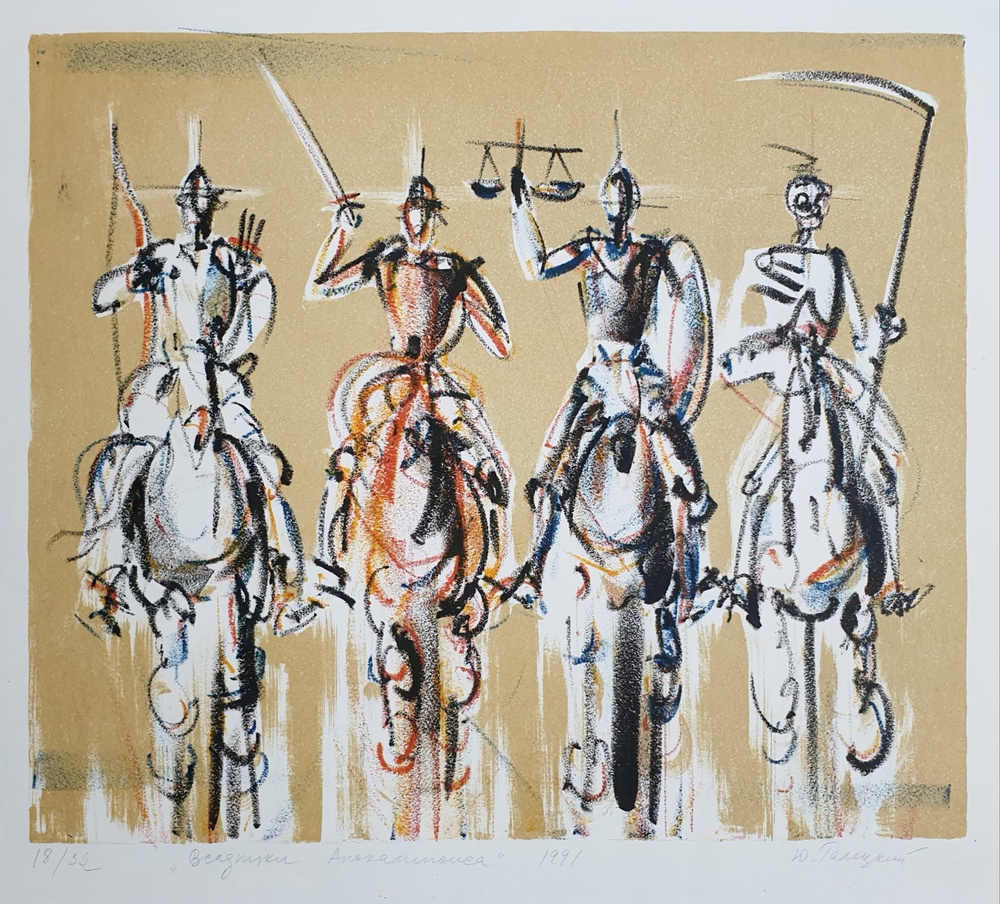 lot 10. «Horsemen of the Apocalypse»