Izrailevich Grigory Alexandrovich (1924–1999) - Soviet, Russian artist, graphic artist, sculptor, architect, representative of Symbolism, member of the Union of Artists of the USSR (since 1959), author of monumental paintings and sculptural portraits of writers, poets, musicians, and also historical figures. Father - Alexander Getselevich (Grigorievich) Izrailevich (1899-1947) - was in charge of the polyclinic; mother - Lyubov Falkovna Izrailevich (née Zilberman, 1903-1987). In 1930 he moved with his mother to Leningrad, studied at an art school. In 1941 he volunteered for the front, was sent to an artillery school, but before the end of the war he was demobilized for health reasons. In 1951 he graduated from the Faculty of Architecture of the Leningrad Institute of Painting, Sculpture and Architecture. The training took place under the guidance of N.N. Punin. Best known as a printed chart. From 1955 he worked in the Experimental lithographic workshop of the Leningrad Union of Artists. In 1951-1957 he worked as an architect in Giprogor. Having made a series of lithographs about Tallinn, he was admitted to the Union of Artists of the USSR in 1959.

He worked in the Lithographic Workshop of the Union of Artists alongside Yu. A. Vasnetsov, A. L. Kaplan, V. M. Konashevich, A. S. Vedernikov. The first publications and reproductions were published in the magazine «Architecture of Leningrad» (1954), in the magazine «Studio» (London, 1961) and in the Jewish workers' newspaper «Der Emes» (New York). In 1961 he took part in a group exhibition of the Lithographic Workshop in Grosvenorgalleri, then with A. L. Kaplan in a traveling exhibition across America. Since the 1960s, he has been actively working in the field of sculptural portraiture, designed the interiors of cafes, restaurants, houses of culture in Murmansk, Norilsk, Sochi, Khost, Lazarevsky. Personal exhibitions: Leningrad, 1978; St. Petersburg, Fountain House, April 2001. Works are kept in the Russian Museum, the Museum of theatrical art in St. Petersburg, the A. Akhmatova Museum, the A. N. Radishchev Saratov Art Museum, in private collections. 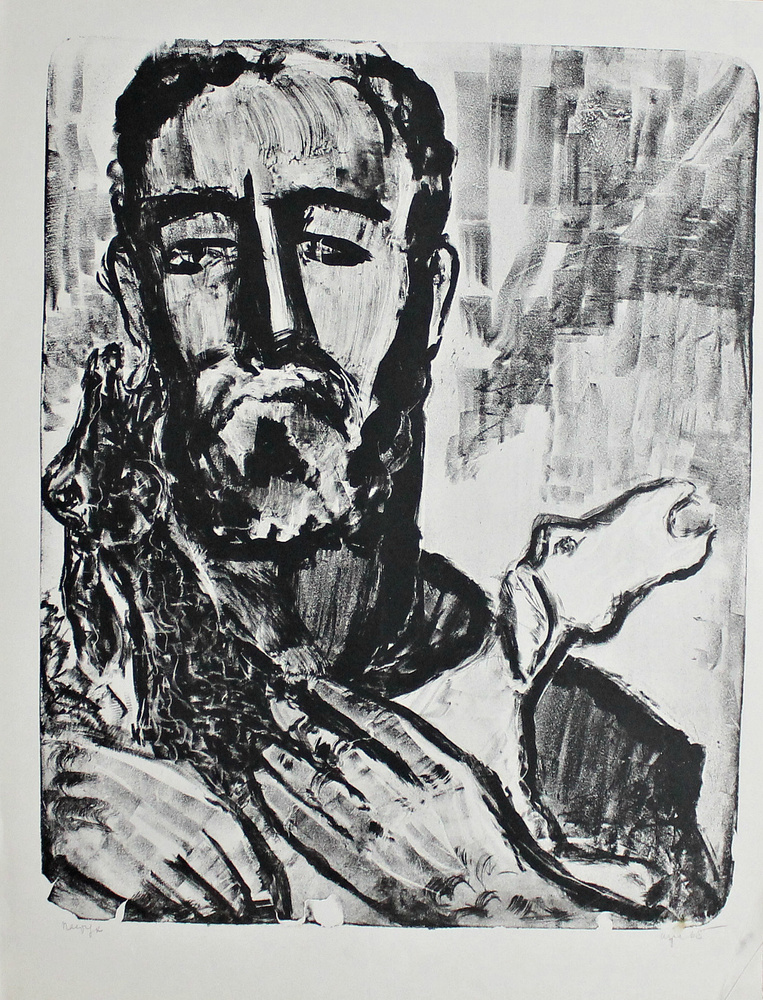