Zhitnikov Vadim Sergeevich (1927-2018) - Soviet painter, graphic artist, easel painter, book illustrator. Master of etching and ex-libris. Member of the Moscow Union of Artists since 1987. Vadim Sergeevich Zhitnikov was born on November 17, 1927 in the ancient city of Koloshe near Moscow. When he was two years old, his parents moved to Moscow, and for almost eighty years the artist's life has been associated with the ancient capital. Moscow has shaped the personality of the artist and has become one of the leading themes of his work. Vadim Zhitnikov received his artistic education at the Surikov Institute under the guidance of the outstanding masters of graphic art E.A. Kibrik and M.V. Matorina. In his student years, Vadim Zhitnikov met the wonderful artist Matvey Alekseevich Dobrov, from whom he received visual lessons in etching. It was in Dobrov's workshop that Vadim Zhitnikov became interested in the art of ex-libris.

Vadim Zhitnikov entered the world of ex-libris as an accomplished painter, easel painter, book illustrator. The Moscow club of ex-librisists contributed to the rapid development in a new genre of graphic art for him. In those years, the Club had a real creative atmosphere and the artists superbly stimulated the creative search for each other. A positive role was also played by the active support of well-known researchers and popularizers of the art of ex-libris - the famous scientist Vladimir Dorofeevich Korolyuk and the famous journalist Yakov Lazarevich Beilinson. They closely followed the work of Vadim Zhitnikov on the creation of the bookplate, actively stimulated it, and literally every new sign of the artist appeared on the pages of newspapers and magazines. In a short period of time, the name of the new Moscow ex-libris artist Vadim Zhitnikov became widely known in bibliophile and collector circles. From the very beginning, the ex-libris work of Vadim Zhitnikov was distinguished by the subtlety and poetry of the drawing, a rare variety of compositional solutions. The type compositions of the artist's ex-libris were also distinguished by their great ingenuity. Even then, Vadim Zhitnikov attached great importance to the work on the search for new fonts, perfectly understanding what the most important semantic and artistic function the font compositions should perform in each sign. Throughout his life, the artist has shown the inexhaustibility of imagination, not only in the search for unprecedented typefaces, but also in their very location on the field of each ex-libris composition. Vadim Zhitnikov's innovative work in the field of type has a special resonance in our time, when new generations of artists actually ignore this most important artistic element in the art of bookplate that largely determines the artist's entire intention. Thinking over each plot of the future ex-libris, Vadim Zhitnikov always decides in advance in what material he will embody the idea.

The artist knows how important it is to determine exactly in which technique a given plot will sound most successfully and most clearly show his artistic merits. For many years Vadim Zhitnikov preferred woodcut, linocut, engraving on plastic. Then all the artist's ideas were directed to the subtle and refined world of etching. Participant of Moscow, republican, all-Union and foreign exhibitions since 1955. For more than half a century of work on the creation of bookplates, Vadim Sergeevich Zhitnikov created 420 characters. They are so diverse and versatile that a unique mosaic appears in front of the mind's eye, unusually beautiful, harmonious and unforgettable. For many years he taught at the art school «In Memory of 1905», here he led a circle of graphics, and the engravings of his pupils became famous far beyond the borders of our capital. Thoughtful, sensitive teacher who raised a whole galaxy of talented graphic artists - K. Zinin, V. Potapov, O. Tuchina, A. Tambieva, M. Yakushin. The discoverer who developed the original engraving method - aquatint with drawing grain. The artist's works are kept in museums in Russia, Italy, China, Great Britain, Czech Republic, Ukraine, Finland, Brazil. 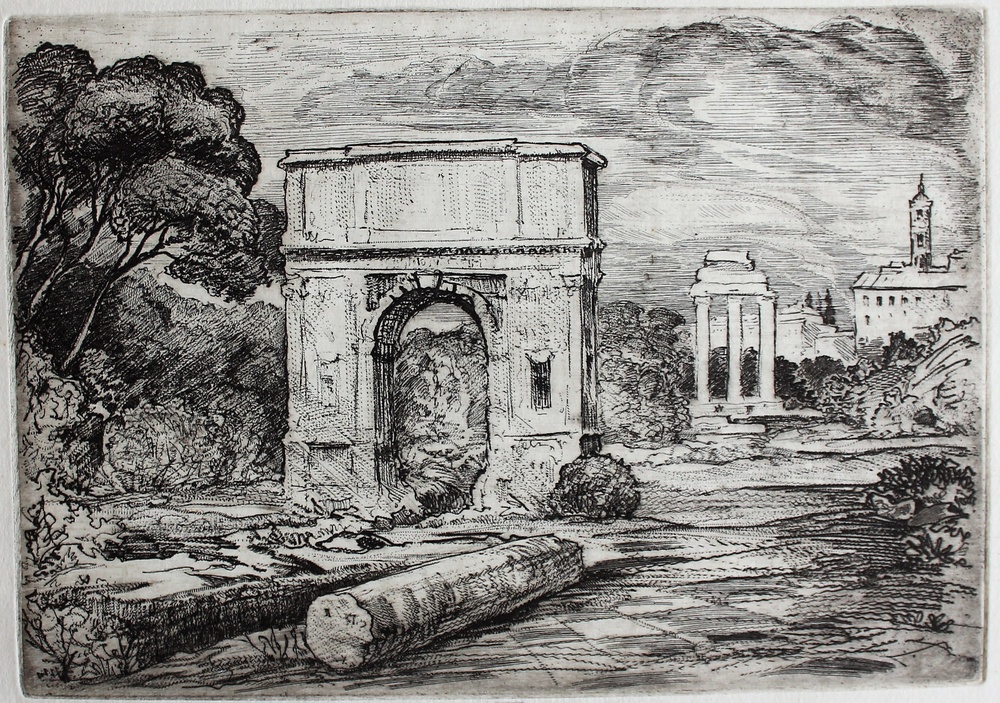