Vitaly Glebovich Klerua (1954) - painter, graphic artist, Member of the Union of Artists of Russia (1987), Member of the International Art Fund (1993). Vitaly Glebovich Klerua was born on December 13, 1954 in the Moscow region. In 1975 he graduated from the Moscow Art School «In Memory of 1905». Teachers - Bulgakova M.M., Malinkovsky B.N. The author of architectural landscapes and interiors, a keen sense of the historical originality of past eras and the present, who knows how to skillfully use the technique of colored linocut to convey the stylistic features of the depicted object world. Also famous for his works in painting. In 1985 he graduated from the Moscow State Art Institute named after Surikov. Teachers - Ponomarev N.A., Uspensky B.A., Yakushin A.B., Ivanov Yu.V.

Works are in the State Museum of Ceramics «Kuskovo Estate of the 18th century», the house-museum of V. I. Lenin in Kostino, the A. Grin Museum (Feodosia), the Museum of Modern History (formerly the Central Museum of V. I. Lenin), the Museum-Apartment of Marina Tsvetaeva in Bolshevo, Norilsk Art Gallery. In recent years, he has been very fruitfully working in the genre of still life, in the technique of oil painting, following the best traditions of the Russian and European classical schools. 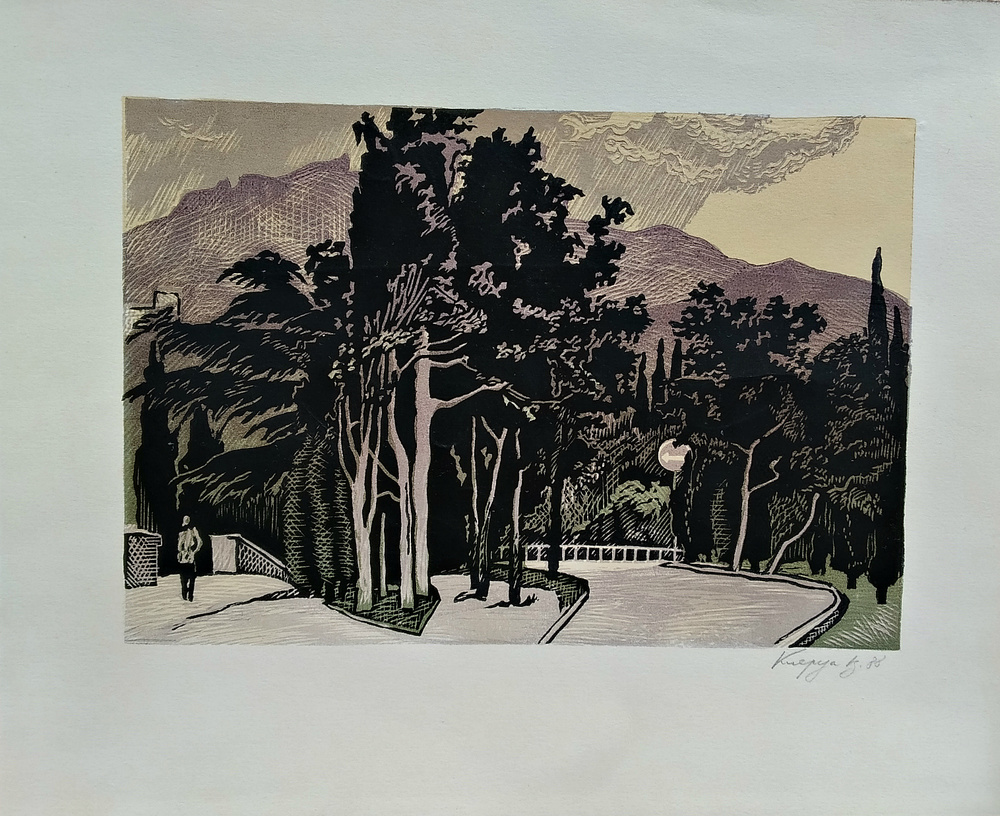