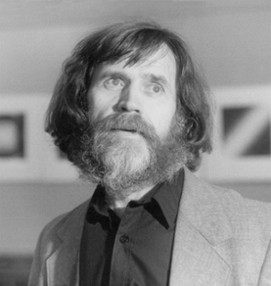 Nikolai Ilyich Kofanov (May 22, 1943, Gorky Region - December 30, 1998, St. Petersburg) - Soviet-Russian artist, illustrator, bookplate artist. Nikolai Kofanov was born on May 22, 1943 in the village of Osetrovo, Gorky Region of the RSFSR, spent his childhood in the city of Gorky (Nizhny Novgorod). From 1959 to 1961 he studied at the Gorky Art College at the Department of Painting, from 1965 to 1970 - at the Leningrad State University at the Faculty of Philology. From 1970 to 1978 he lived in the city of Kemerovo, after which he moved to Leningrad.

Since 1971 he took part in exhibitions. Since 1984 he was a member of the Union of Artists of Russia. Having studied one of the first in the USSR silk-screen printing technique, from 1985 to 1990 he taught it at the graphic department of the Academy of Fine Arts. I.E. Repin. He worked in the field of circulation graphics using the technique of woodcut, etching, lithography, silk screen printing, linocut and color linocut.

Nikolai Kofanov created about 300 bookplates. He authored about 40 books and mini books, although he always sought to become a freelance artist. Its distinctive and «city landscapes full of inner light» gained fame as the «Kofanov North Palmyra». Nikolay Kofanov is the author of engraving cycles such as Siberian Motifs, Days of Creation, Dostoevsky Petersburg, Literary Places of Petersburg, and The Legend of the City of Kitezh. Being a deeply religious person, he performed a number of works on religious subjects. In 1994, at the invitation of a Russian Orthodox monastery, exhibited his works in Los Angeles.

The series «Legend of the City of Kitezh» occupies a significant place in the creative activity of Nikolai Kofanov. Linocuts of this cycle were presented at many exhibitions, and Nikolai himself wrote in his diary:

When I work on Kitezh, my thoughts leave not only the past, but also the future: how will this legend live in Russia, in Europe, on the planet? Not a text written in the 17th century by the Old Believers, but the very concept, symbol, uniting Russia and the Russian character.

Nikolai Kofanov also engaged in literary activity: he wrote stories, novels, articles about art, literary studies and scientific works. In 1993, in St. Petersburg, he published the essays «Untie the knots of memory». The following year, in a collection of works by the University of Syktyvkar, he published a literary study entitled «Color in the Works of L. Andreev and in the Painting of Expressionists».

At the end of his life, Nikolai suffered a stroke, received a disability pension. His art workshop burned down, and in the fire many of the works that had begun and were already completed were lost. Nikolai Kofanov died on December 30, 1998. He was buried at the Kovalevsky cemetery in St. Petersburg. 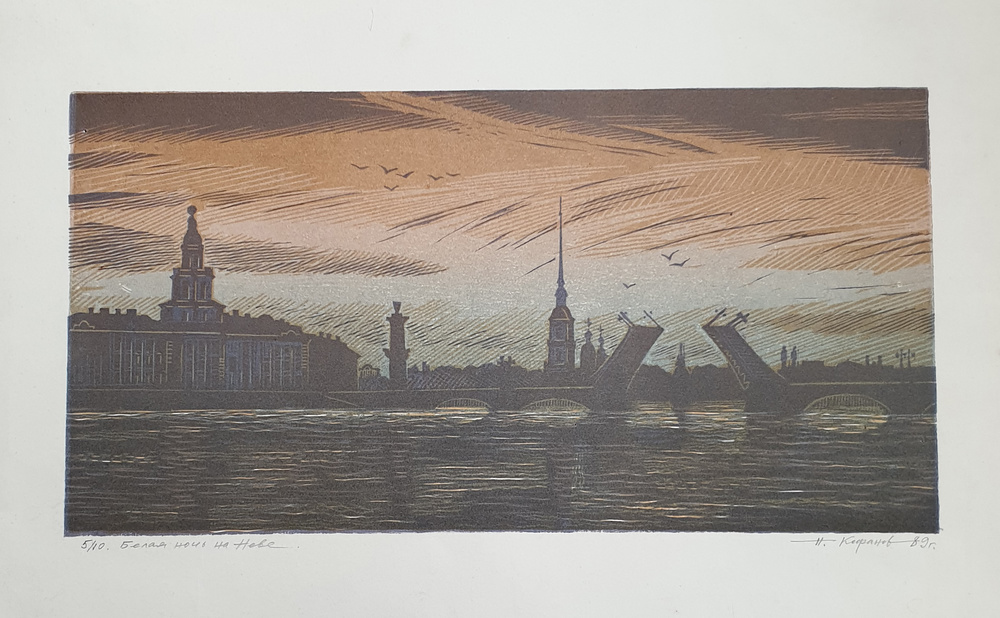 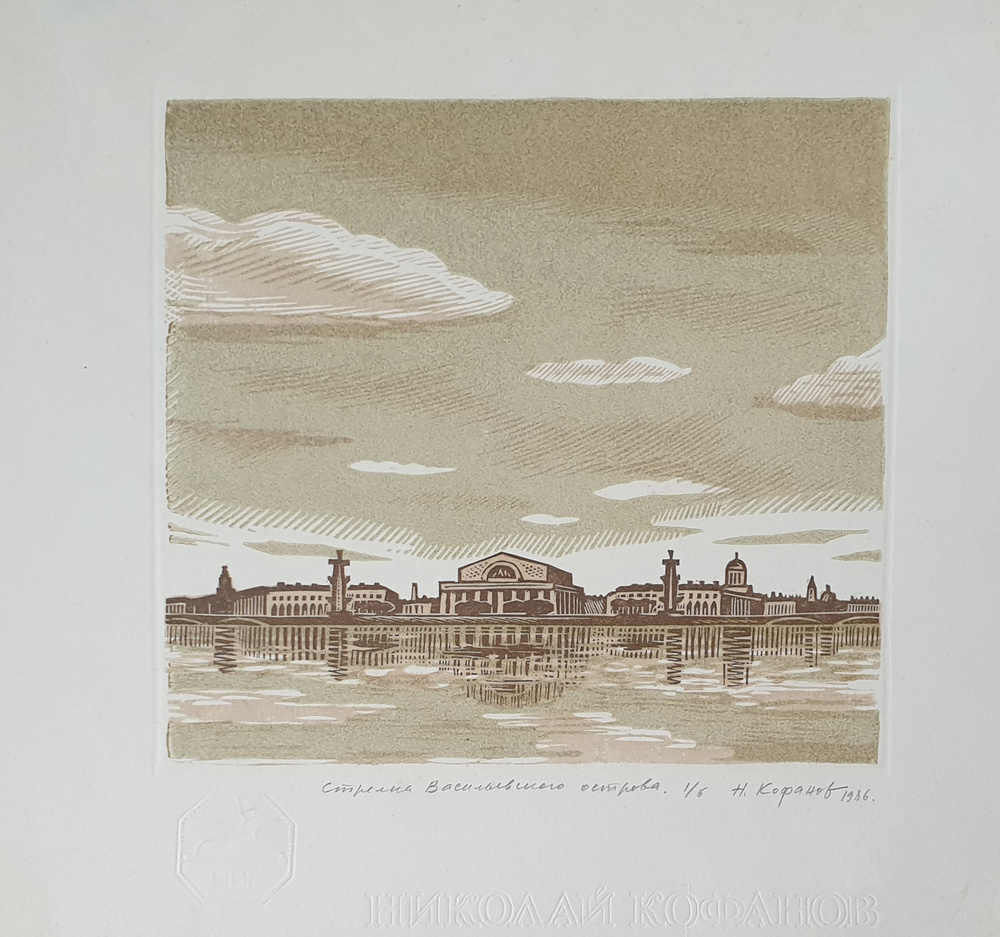 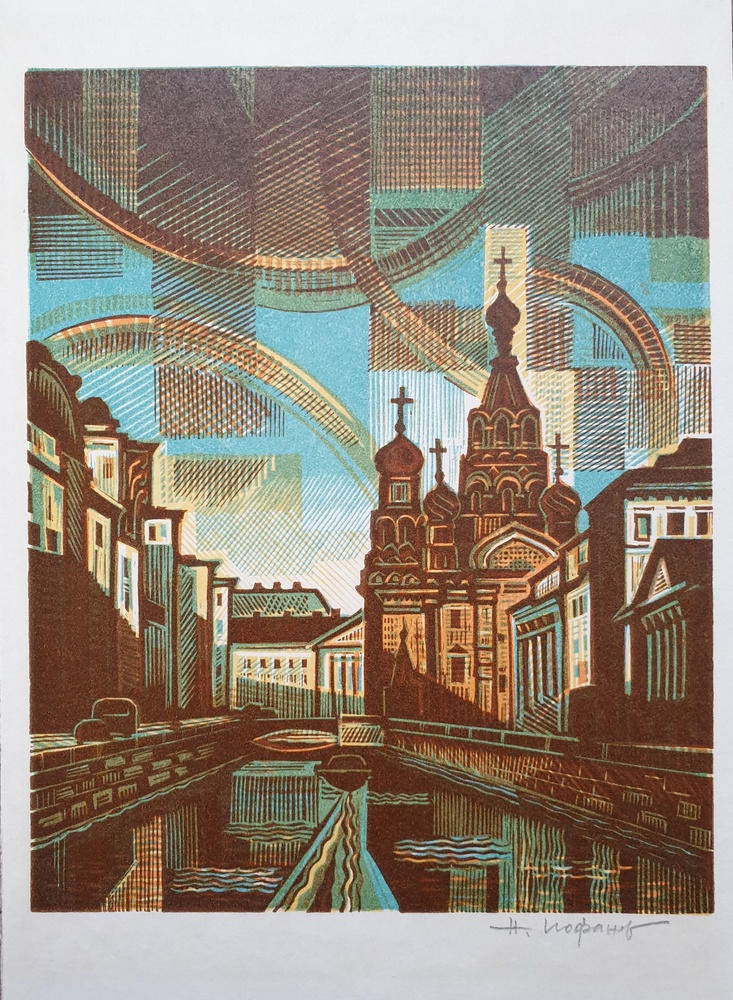 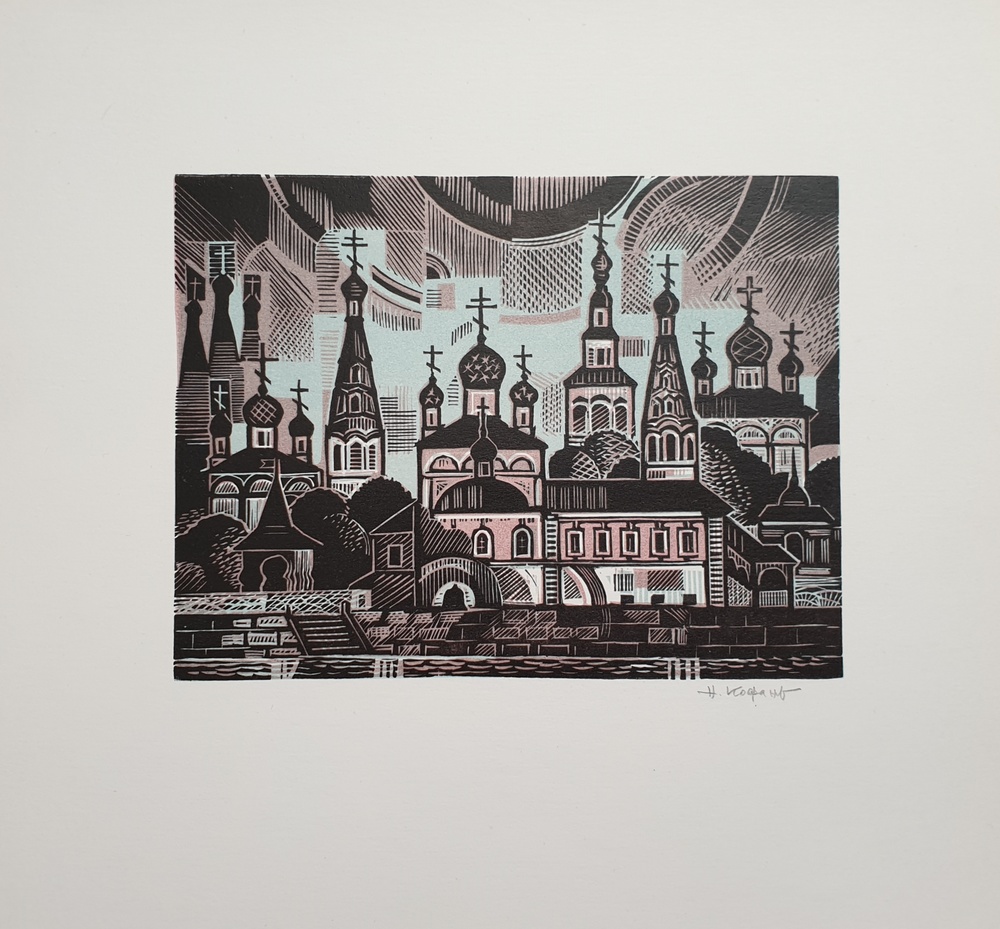 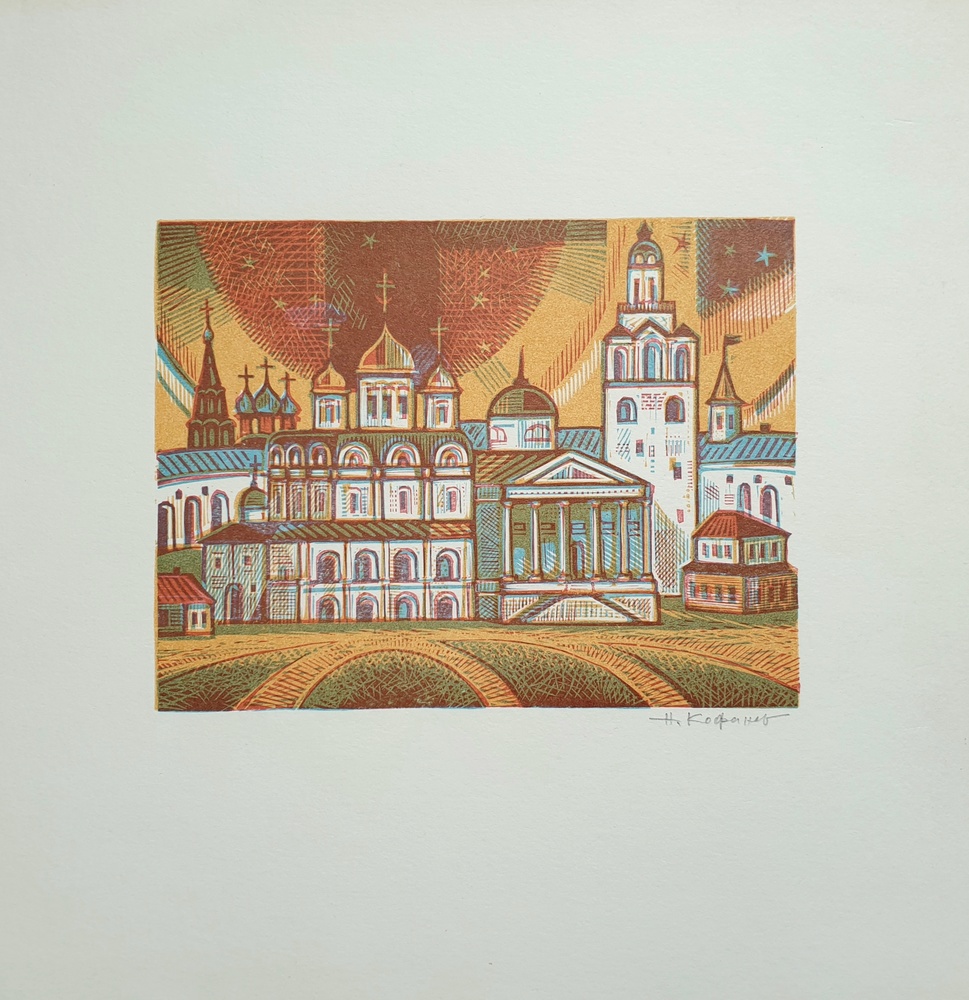 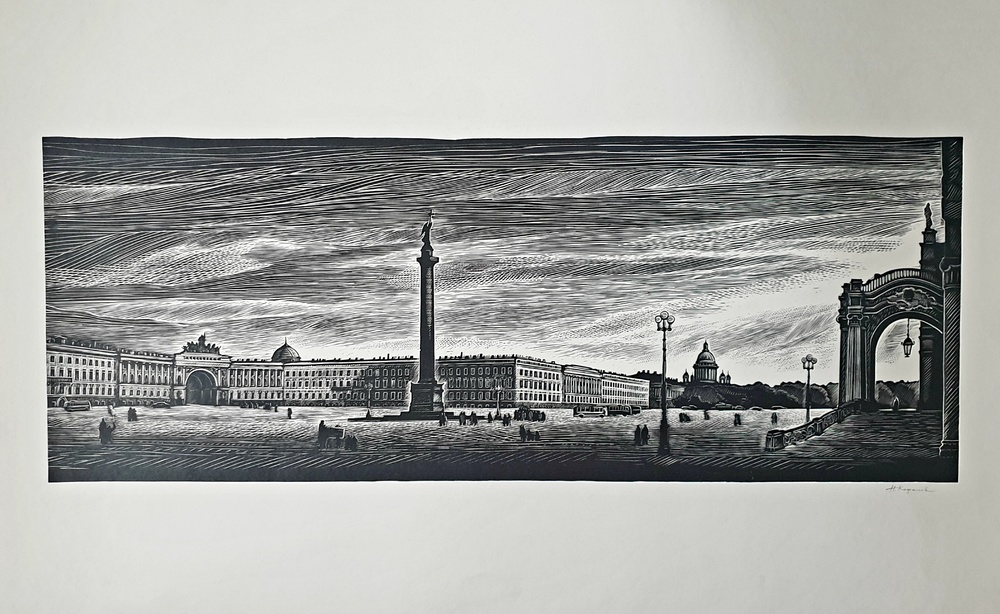 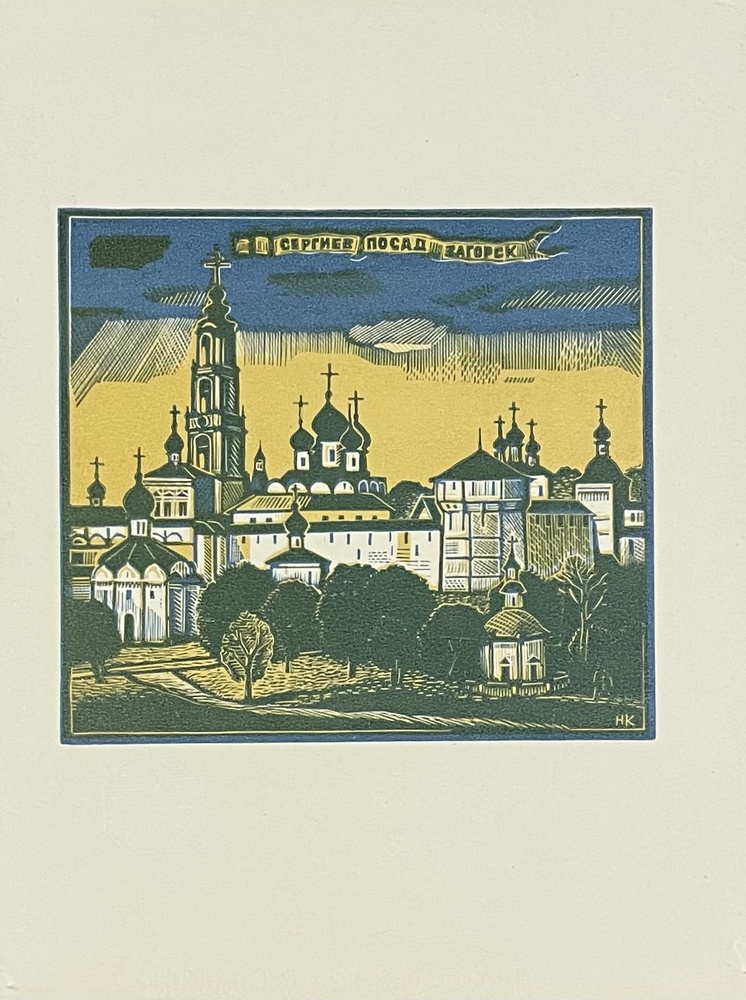