Evgeny Illarionovich Konkov (02/11/1938, Leningrad, USSR) - St. Petersburg artist, graduate of the Academy of Fine Arts. I.E. Repin, student of the People's Artist of the RSFSR Alexei Pakhomov, member of the Union of Artists of Russia. The son of the artist Illarion Evgenievich Konkov. Evgeny Konkov was born on February 11, 1938 in Leningrad. In 1942, during the Great Patriotic War, he and his family were in the besieged Leningrad and was evacuated from besieged Leningrad along the «Road of Life».

In 1945 he returned to Leningrad. In 1949, Eugene Konkov entered the Secondary Art School at the Academy of Arts. From 1957 to 1963 he studied and graduated from the Repin Institute in 1963. In the same year, Eugene Konkov went to work in Siberia. In 1967 he was admitted to the Union of Artists of the USSR. In 1979 to 1981 he worked as artistic director of the Senezh House of Creativity. Since 1981, he lives and works in St. Petersburg.

In the work of Yevgeny Konkov, the traditions of Russian and Western European classical art and the Russian avant-garde were refracted. Solo exhibitions of Evgeny Konkov at different times with success were held in the cities of Germany, Italy, Russia. Together with the famous masters of the international association «MADI», his works were exhibited in Rome, with the German artists of the Aktuelle Kunst group in Germany in Minden, together with contemporary Russian artists in France. Yevgeny Konkov’s works are in the Russian Museum, in the Hermitage, in the Museum of the History of St. Petersburg, in the Museum of Urban Sculpture, in the Public Library, in art galleries in Moscow, Novosibirsk, Krasnoyarsk, Norilsk, etc., in the Museum-Estate of A. Pushkin «Boldino», In the Museum of Fairy Tales in Badenhausen (Germany), in private collections in Russia, USA, Germany, France, Italy, South Africa, the Vatican. 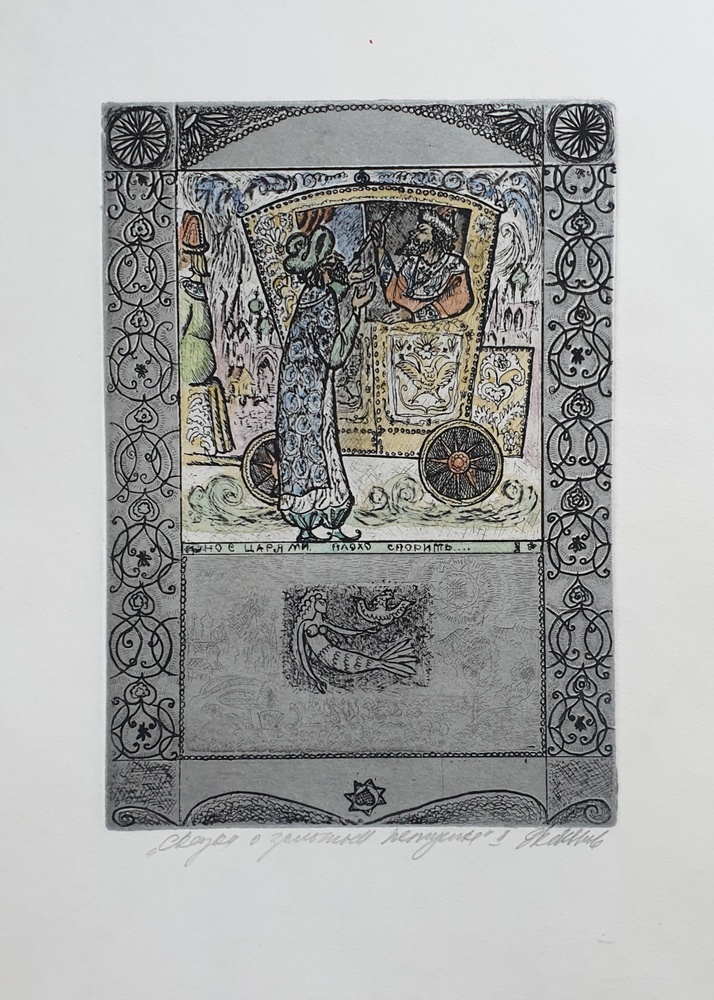 lot 82. «The Tale of the Golden Cockerel» 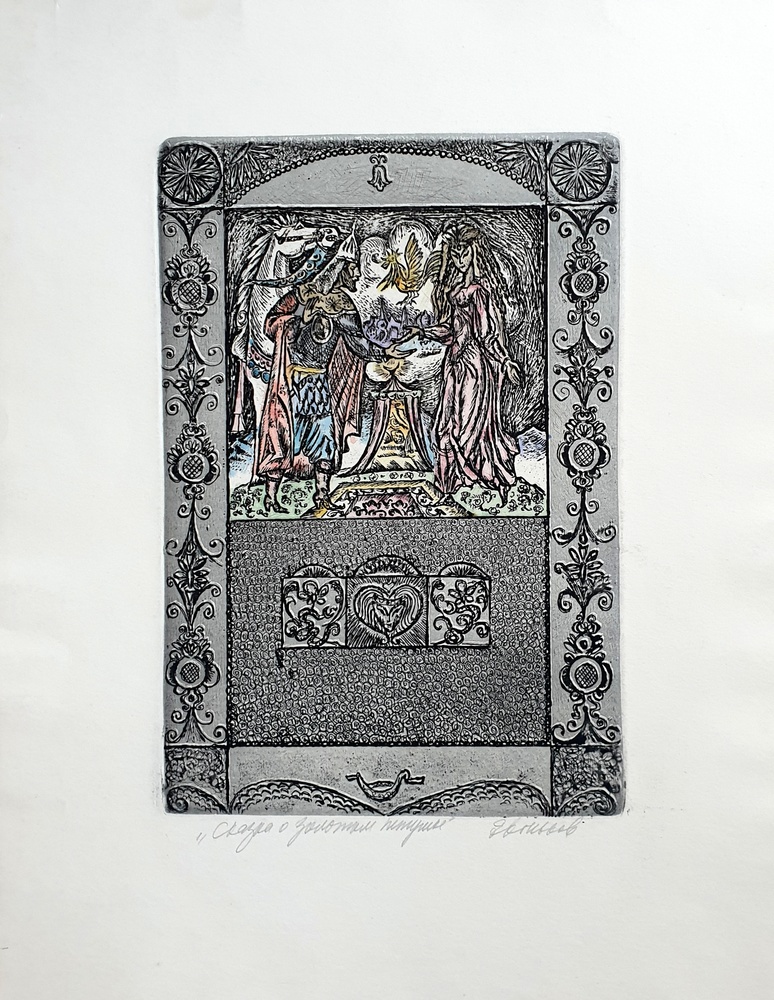 lot 83. «The Tale of the Golden Cockerel» 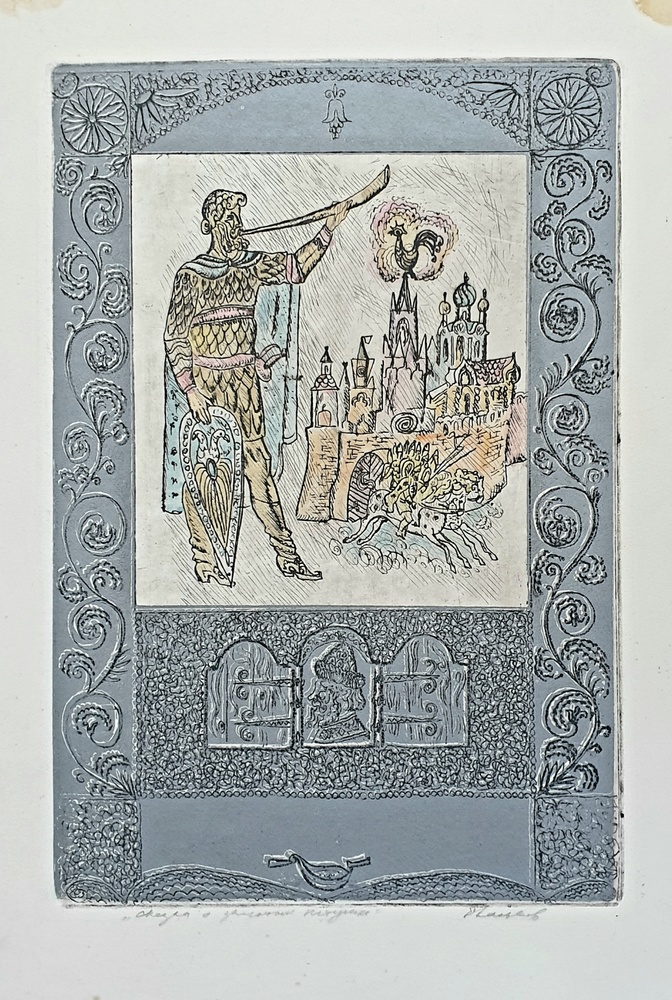 lot 84. «The Tale of the Golden Cockerel»