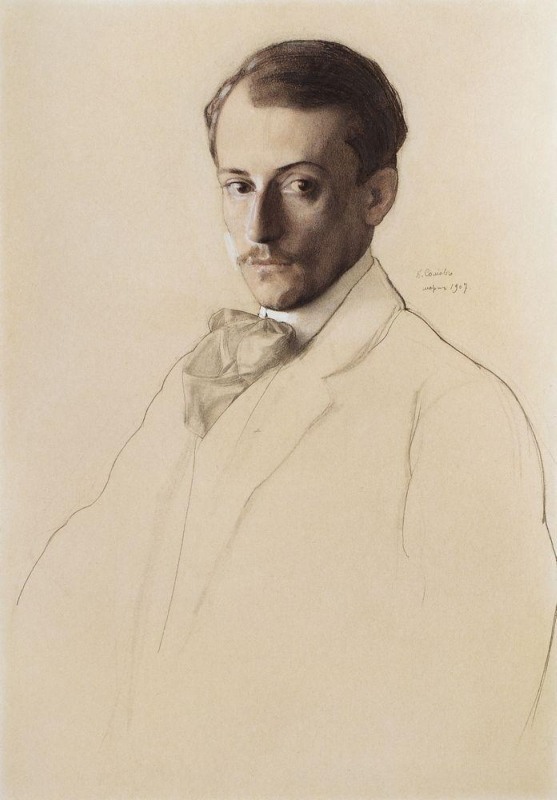 Evgeny Evgenievich Lansere (1875-1946) - Russian and Soviet artist. Academician of the Imperial Academy of Arts. People's Artist of the RSFSR (1945). Honored Artist of the Georgian SSR (1933). Laureate of the Stalin Prize of the second degree (1943). The son of the famous sculptor E. A. Lansere, brother of the artist Z. E. Serebryakova and the architect N. E. Lansere, the nephew of A. N. Benois, who stood with Sergey Diaghilev and Dmitry Filosofov at the base of the «World of Art».

Graduate of the First St. Petersburg Gymnasium. Since 1892 he studied at the Drawing School of the Society for the Encouragement of Arts, Petersburg, where he attended classes of Y. F. Tsionglinsky, N. S. Samokish, E. K. Lipgart. From 1895 to 1898, Lanceray traveled extensively throughout Europe and perfected his mastery at the French academies of F. Colarossi and R. Julian. Since 1899 - a member of the «World of Art». In 1905 he left for the Far East.

In 1906, he was the publisher of the weekly illustrated political satire magazine Hell's Mail (3 issues were published). In 1907-1908 he became one of the founders of the «Ancient Theater» - a short-term, but interesting and noticeable phenomenon in the cultural life of Russia at the beginning of the century. Lanceray continued to work with the theater in 1913-1914.

1911-1915 - head of the art department at the Imperial Porcelain Factory and glass engraving workshops in St. Petersburg and Yekaterinburg. Title academician of the Imperial Academy of Arts (1913).

1914-1915 - war correspondent artist on the Caucasian front during the First World War. He spent the years 1917-1919 in Dagestan. In 1919, he collaborated as an artist in the Information and Agitation Bureau of the Volunteer Army A.I. Denikin. In 1920 he moved to Rostov-on-Don, then to Nakhichevan-on-Don and Tiflis.

In 1934 he moved permanently from Tiflis to Moscow and settled in the rebuilt apartment building Vetter and Ginkel. From 1934 to 1938 he taught at the All-Russian Academy of Arts in Leningrad.

E.E. Lansere died on September 13, 1946. He was buried in Moscow at the Novodevichy cemetery (plot number 4). 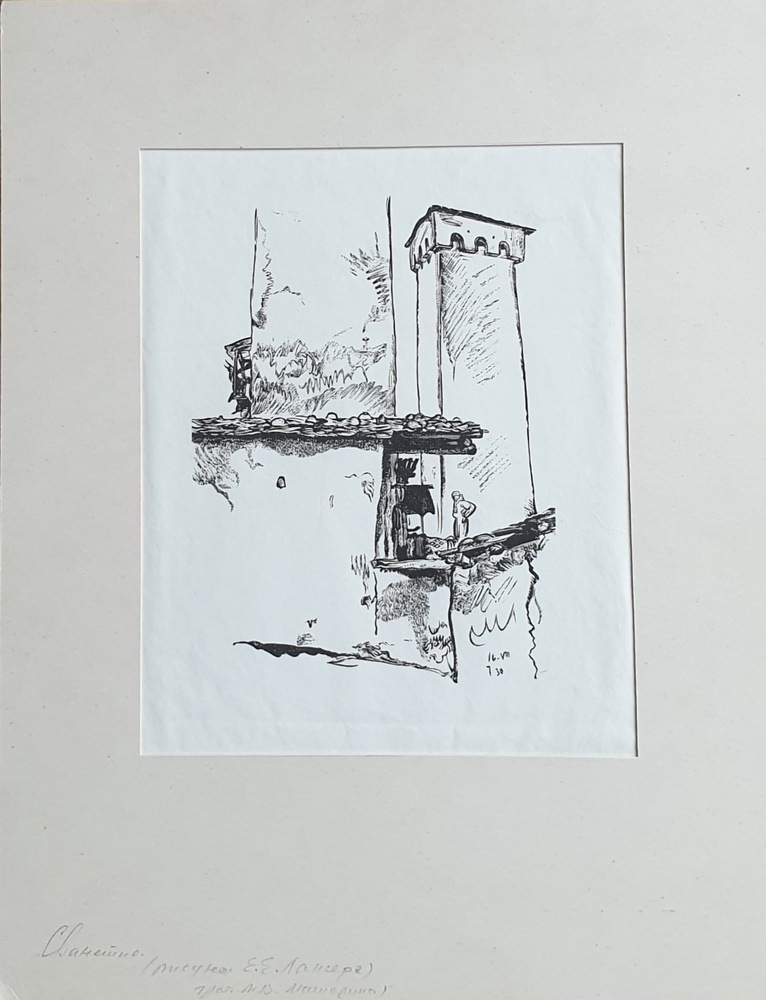