A remarkable Petersburg artist, a delicate, lyrical graphic artist, an excellent master of lithography Alexandra Natanovna Latash was born on March 6, 1909 in Riga.

She studied in Leningrad - the city that many future artists dream of. She learned artistic skill at the Leningrad Art and Industrial College, under the direction of N.I. Dormidontova (1926-1929). Soon after graduation, she began to take part in the artistic life of the city, participate in exhibitions, and collaborate in publishing houses. In 1930-1936, she taught at the legendary art studio of the Leningrad Palace of Pioneers named after A.A. Zhdanova. Watching how the children work lively and directly in the studio, she better recognized the characteristics of their characters, affections and addictions. And, later, she created the images of cute charming and carefree boys and girls «Boy with popsicle», «Girl with a violin», «Girl with a cat», «Aquarium». Beautiful, refined and at the same time unusually accurately conveying nature, life observations still lifes of the master, such as «Gladiolus», «Rose», «Bouquet».

Portraits of artists and people close in spirit were successful for her: «Portrait of A.N. Jacobson» strikes with its amazing openness, purity, liveliness of the image. In the work of this master, a significant place was occupied by this landscape and the Moldavian Series and others. Alexandra Natanovna survived the most difficult months of the blockade in Leningrad and was evacuated only in August 1942. After the war, starting in 1946, she perfected her skills in the famous Experimental lithographic workshop.

She worked creatively in the field of arts and crafts, created sketches of fabrics, clothes, and costumes. The works stored in the GMGS were created by the artist shortly after the war in the 1940-1950s. So, for example, «Eugene Shekina - the defender of Leningrad» is a portrait of Evgenia Efimovna Malysh, the wife of the artist G.K. The kid with whom Alexandra Natanovna had friendly relations, she donated all Latash's works to the museum, for which we are very grateful to her. Note that last year the works of A.N. Latash exhibited at the exhibition «Leningrad. Thaw» enjoyed well-deserved attention and success among our visitors. These, captured on lithographs, are such direct and touching her young heroes: «Girl on a Corn Field», «Girl with a Teddy Bear», «Young Violinist», «In a Puppet Theater”. The artist sincerely and with trepidation captivates the viewer in a bright, joyful and harmonious world of children, gentle and charming female images. 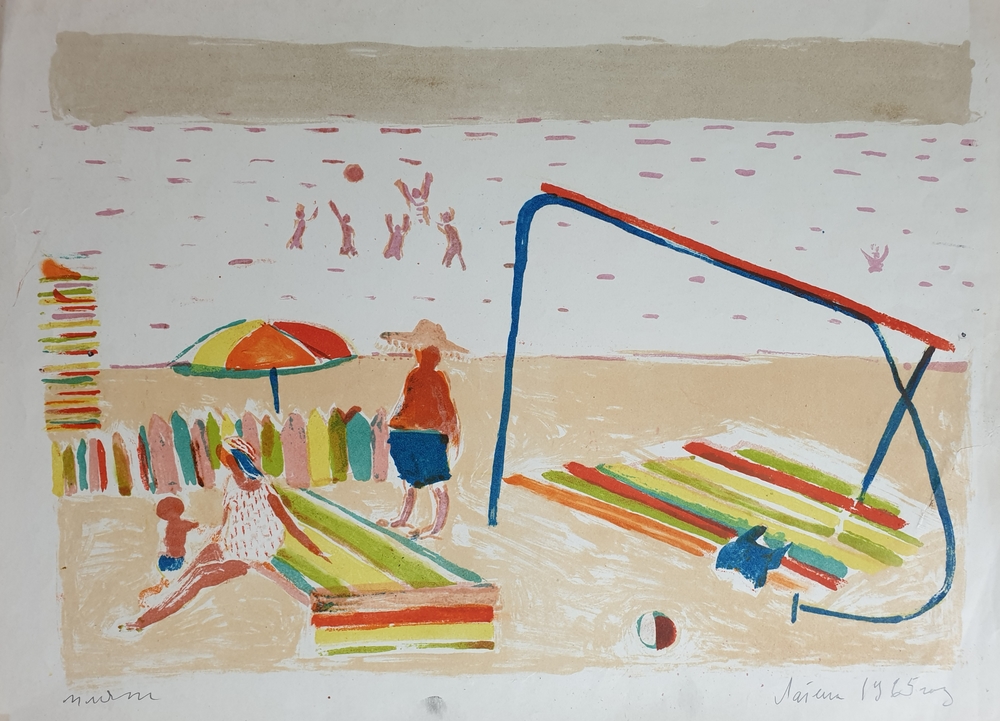 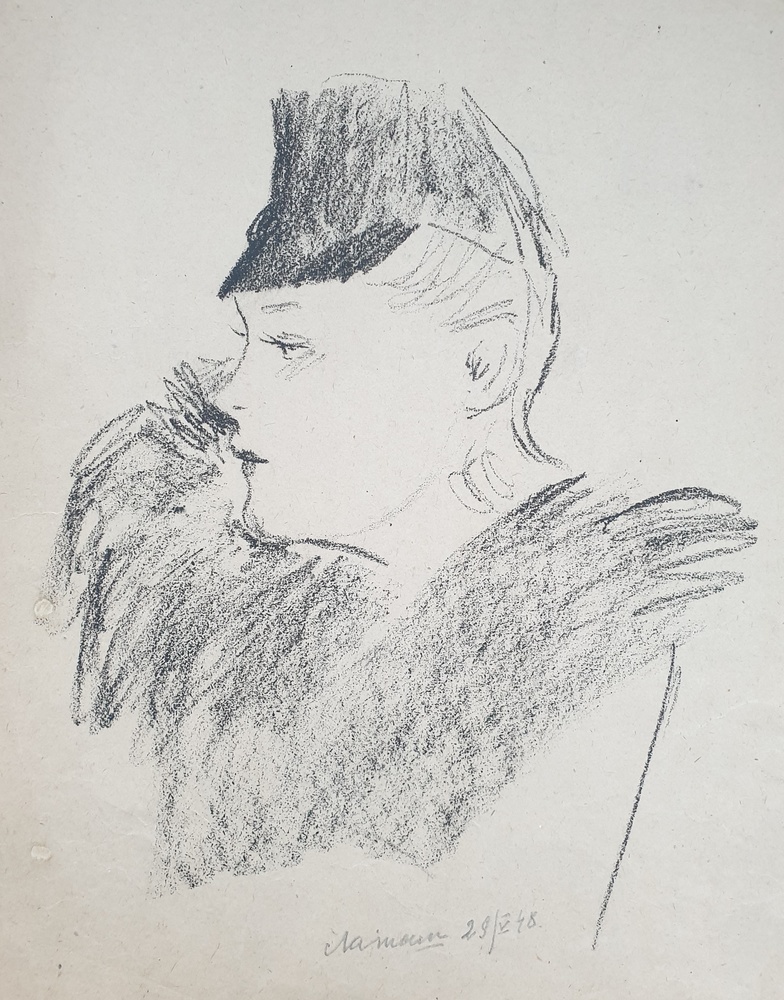 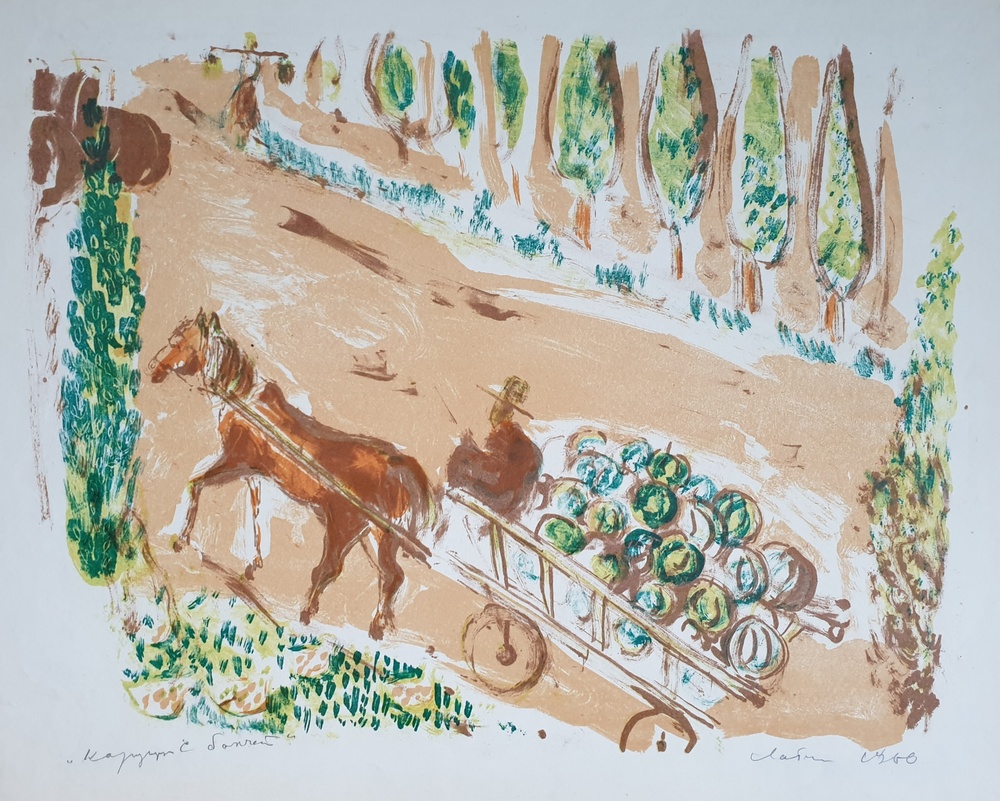 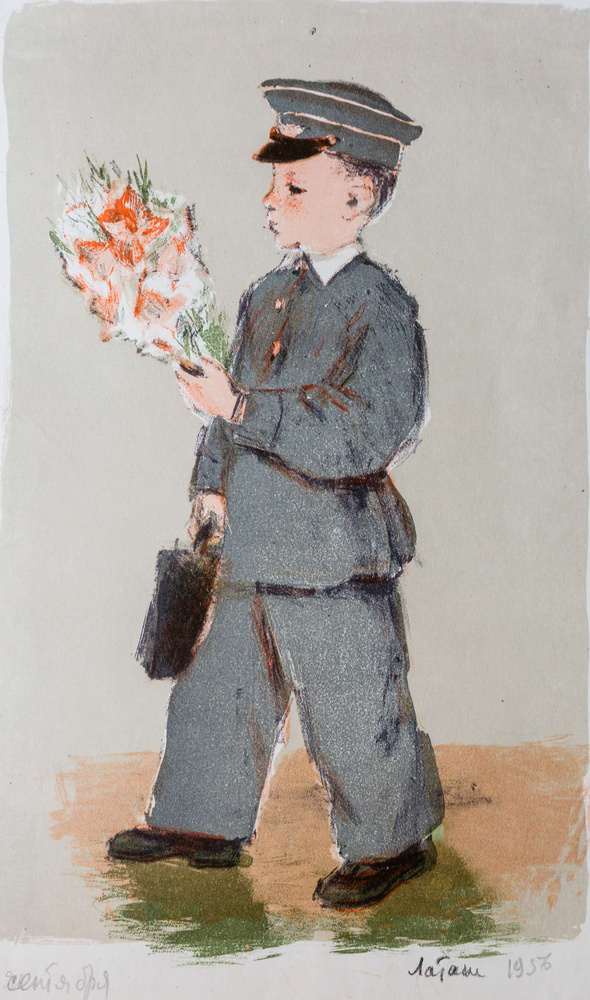 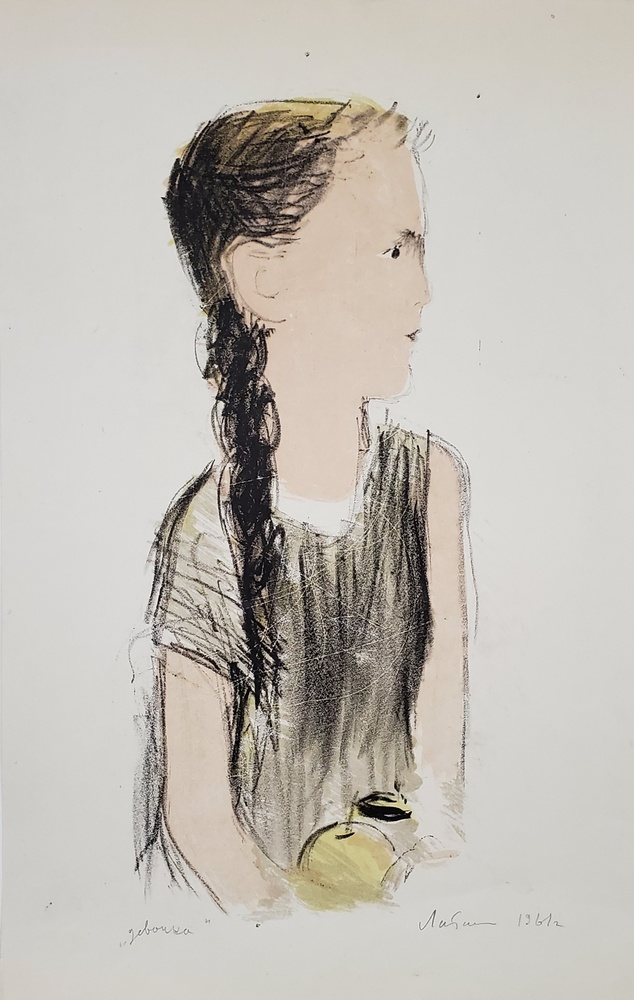 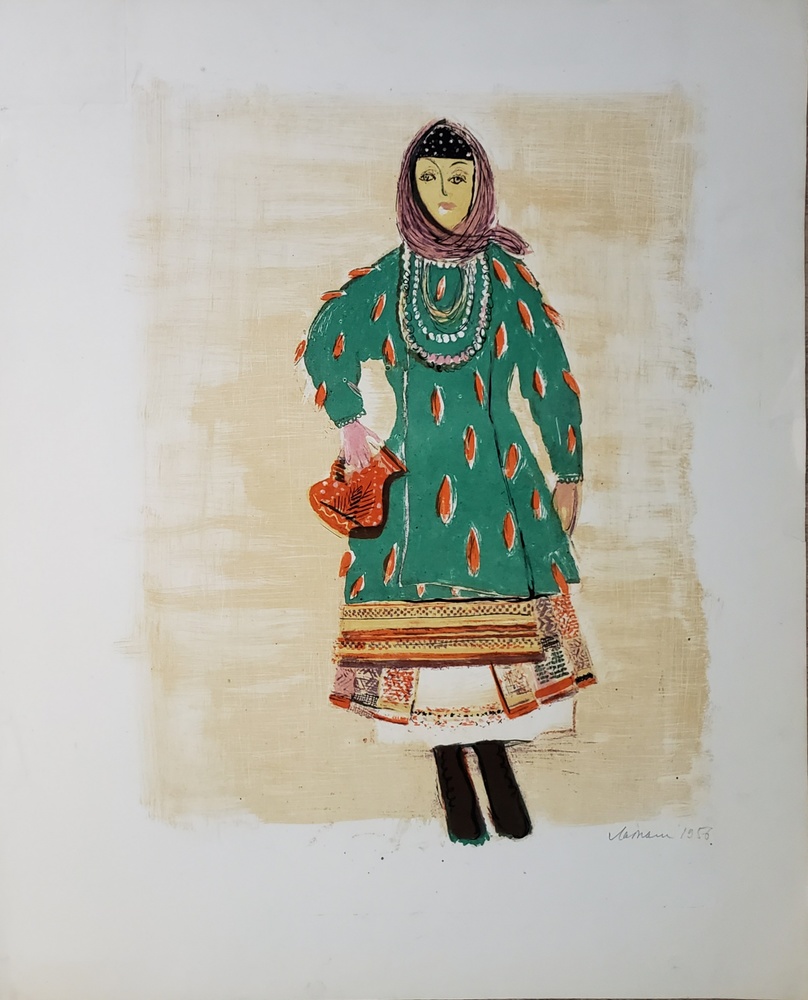 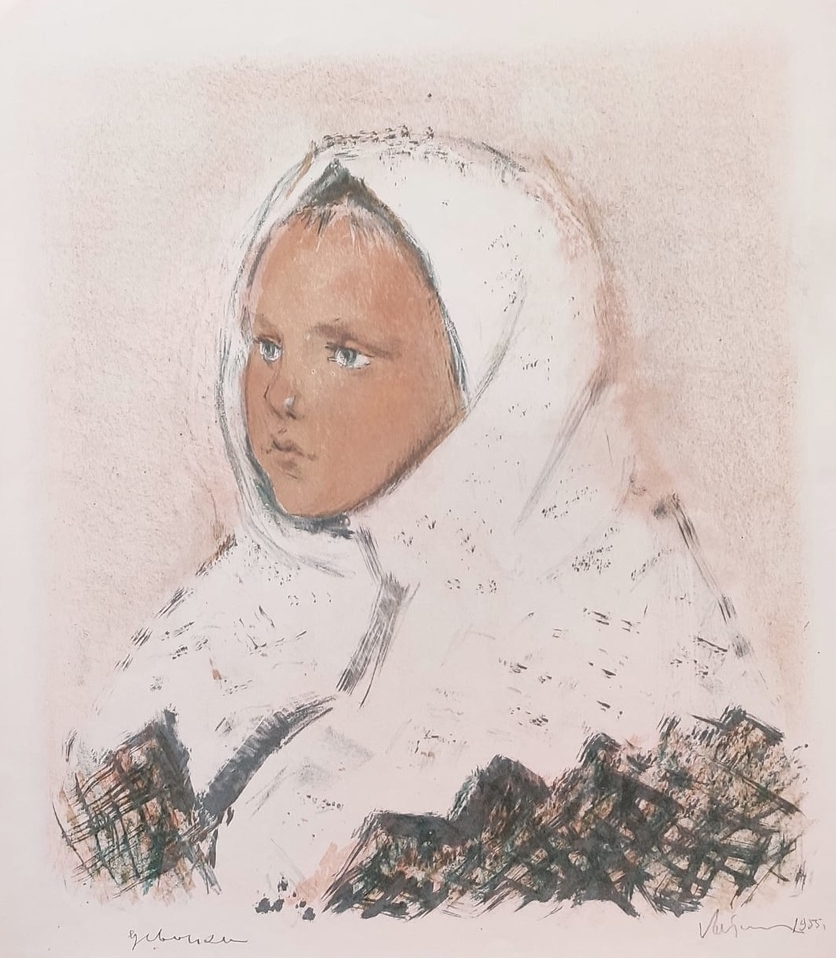