Lotsman Alexander Dmitrievich (1947, Achinsk, Krasnoyarsk Territory), a member of the Union of Artists of Russia and a member of the International Federation of Artists of UNESCO. Currently lives and works in St. Petersburg.
Alexander Lotsman was born in 1947 in Khakassia, and six years later, together with his family, moved to the city of Achinsk, Krasnoyarsk Territory. The artist’s childhood passed in this town. Until now, he recalls his fellow countrymen, strange, "Filonov", according to him, characters who are gloomy in appearance, but open and sincere, so unlike the inhabitants of big cities.

It was in Achinsk that the first hobby for art appeared, the young man began to attend the local art studio, and then decided to enter the Krasnoyarsk art school. The school was followed by three years in the army, and in 1971 the young artist went with his friend to Leningrad. Friends came to a strange, unfamiliar city, known to them from the Hermitage albums, from postcards with urban views, in which there were no friends or relatives. The years of study at the correspondence department of the Repin Institute followed, attendance at lectures at the historical faculty of the Leningrad University, long days spent in the Hermitage and in the Russian Museum. In those years he was admired by the works of Petrov-Vodkin, Nesterov, artists of the first half of the 20th century: Lentulov, Tatlin, Kuprin, Filonov. According to the artist, there was a period when he came to the Russian Museum only to look at Nesterov’s "Great tonsure", having walked through all the halls, he stopped next to him, stood for a long time and then left.

Over time, a new circle of acquaintances and friends appeared. Alexander Lotsman harmoniously joined the cultural life, felt himself involved in everything that happens. There was a naive delight from the beauty of the embankments and avenues depicted in the first landscapes, the readiness to rethink its aesthetics, to express its attitude to the subject, ripened. A new serious stage has come in creativity. In the 1980s, the exhibition activity of the unofficial creative association of the Partnership of Experimental Fine Arts began, since then the artist began to actively participate in exhibitions held in the country, and after the collapse of the Soviet Union - and abroad, which introduced foreign collectors to his art.

In the nineties, relations developed with Pushkinskaya-10, the first art center that spontaneously appeared in the city and, after some time, officially recognized by the authorities. Pushkinskaya was and still is home to many artists. A close-knit creative fraternity, united under one roof, helped solve the problem of the workshop. However, urban life could not completely subdue the Lotsman. And now, in search of impressions, he annually makes trips around the country, where, moving away from the noisy crowded streets, he can calmly work on landscapes. Landscape remains the artist's favorite genre. «For me, the main thing in the picture is color, composition, harmony of colors, spots that give this picturesque musical chord, intuitive sound and mood coming from the canvas», the artist says about his work. 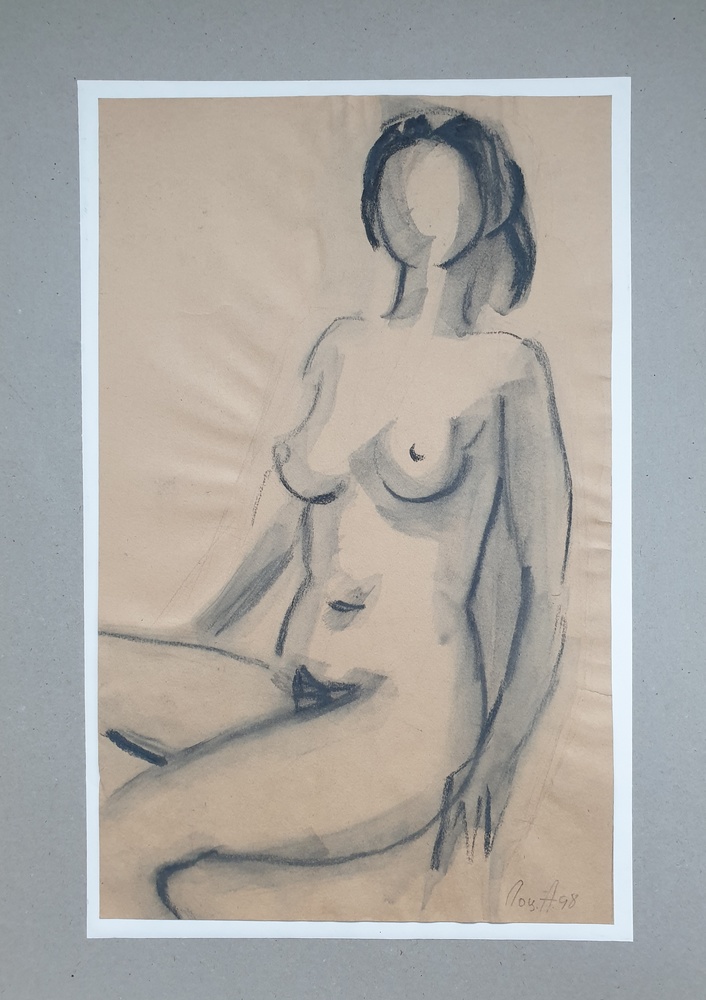