Melnikov Fedor Fedorovich (1920-2003) - painter, sculptor, ceramist, art critic, Honored Artist, in the Russian Public Library in 1952. Born on January 29, 1920 in the village. Bryantsevka of the Bakhmutsk district of the Yekaterinoslav province from a family of workers. From 1928 to 1938 he studied at the village high school and at the same time studied drawing and music at the club. After leaving school, he taught drawing and history there. In 1939 he left for Leningrad and entered the painting department at the Institute of Painting, Sculpture and Architecture. Studied under P.S. Naumov, M.G. Bernstein, M.D. Natarevich. Conducted a brass band at the club of the Academy of Arts.

In July 1941 he joined the people's militia, took part in the defense of Leningrad. In 1943 he was wounded and evacuated to the village. Taldy-Kurgan, Kazakh SSR, in 1944 returned to the Bryantsevsky mine. He worked as an artist at the K. Liebknecht Mine Club. Awarded with medals «For Victory over Germany in the Great Patriotic War of 1941-1945», «For the Defense of Leningrad». In 1945, at the invitation of the Academy of Arts, he arrived in Leningrad and entered the Leningrad State University at the art history department of the Faculty of History (1945-1950). In the same year he was admitted to the State Hermitage as head of the excursion bureau.

In 1975-2003. directed drawing classes at the Repin Institute of Painting, Sculpture and Architecture. Permanent participant in republican, all-Union, all-Russian and foreign art exhibitions. For his work on the creation of the memorial of the ensemble "Combat and Labor Glory of Miners" in Donbass in 1970 he was awarded the All-Union. review of owls. architecture diploma I degree and cum. with author. the team was nominated for the USSR State Prize. He died on August 23, 2003, was buried at the Theological cemetery in St. Petersburg. Melnikov's paintings and ceramics are in many museums in Russia, the CIS, France, England, Sweden, and in private collections. 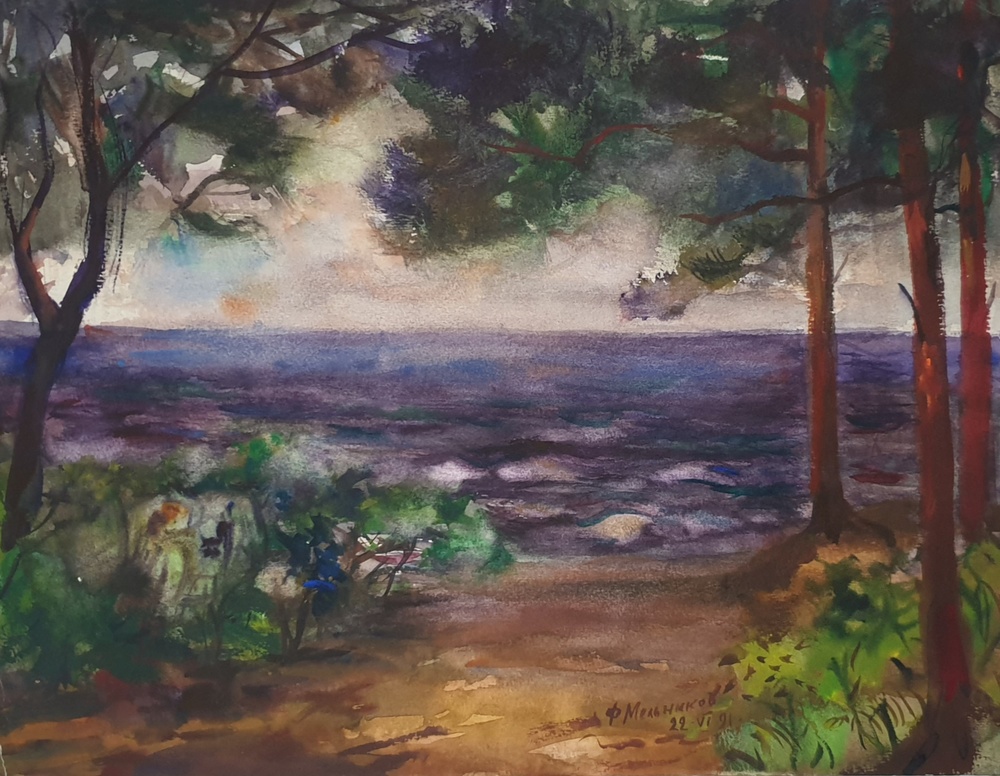