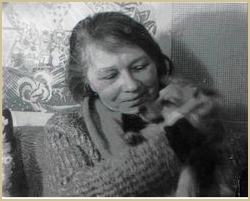 Galina Petrovna Molchanova (July 16 (17), 1929, Leningrad (according to other sources, was born in the Pskov region) - 1997 (1998)) - Russian Soviet graphic artist. Member of the Union of Artists of the USSR. Galina Petrovna Molchanova was born on July 16, 1929 in Leningrad. In 1947-1952 she studied and graduated from the Art College. V. Serova. In 1958 she graduated from the Repin Institute (1952-1958), studied with A. Pakhomov and L. Ovsyannikov. Thesis at the All-Union Academy of Arts - a series of easel illustrations «In the village». After graduating from the Institute. I.E. Repina (Academy of Arts) in Leningrad, Galina Molchanova turned to color linocut. Molchanova was the first to use collage in watercolors and color linocuts. According to the plot, watercolors could have echoed with linocuts. The themes of Galina Molchanova’s works are mostly related to rural nature and rural areas. The artist lived for many years in the Lyubytinsky district, on the banks of the Msta. Hilly terrain, mounds, rivers, villages, people in the landscape - these are the plots of her works. Member of the Union of Artists since 1958. In 1963 she married the artist Vladimir Volkov.

In the years 1963-66. G.P. Molchanova and V.P. Volkov draw close to the artist V.V. Sterligov, a student of Kazimir Malevich, through whom the artist enters the picturesque and plastic tradition of Russian avant-garde art. This was due to the fact that from the beginning of 1962, V.V. Sterligov began to develop the theory of K. S. Malevich about new surplus elements in the visual arts. KS Malevich studied the trends of modern art (impressionism, post-impressionism, Cezannism, cubism) and determined that each of them has its own «new surplus element»; making this conclusion, he discovered the general surplus element of his time - the «direct». His follower, V.V. Sterligov developed the theory of K. S. Malevich, and in 1962 discovered the surplus element of the art of his time: "straight-curved." In this discovery in the early 1960s. he devotes several artists, including G.P. Molchanov, V.P. Volkov, S.N. Spitsyna. Artists begin to work in a new plastic form.

This narrow artistic circle of associates in art was called the «Old Petergoff School», since the meetings of artists, joint work and exhibitions were held at S.N. Spitsyna in Old Peterhoff (a suburb of St. Petersburg). The «Old Petergoff School» was created by V.V. Sterligov and S.N. Spitsin in 1963-65; in addition to them, the circle of this «school» included artists T. N. Glebova, V. P. Volkov, G. P. Molchanova, E. N. Alexandrova, P. M. Kondratiev). and art historians A.V. Povelikhin, E.F. Kovtun. In 1064-1965 years. Meetings of artists were also held in the workshop of V.P. Volkov on 22 Lesnoy Prospekt. 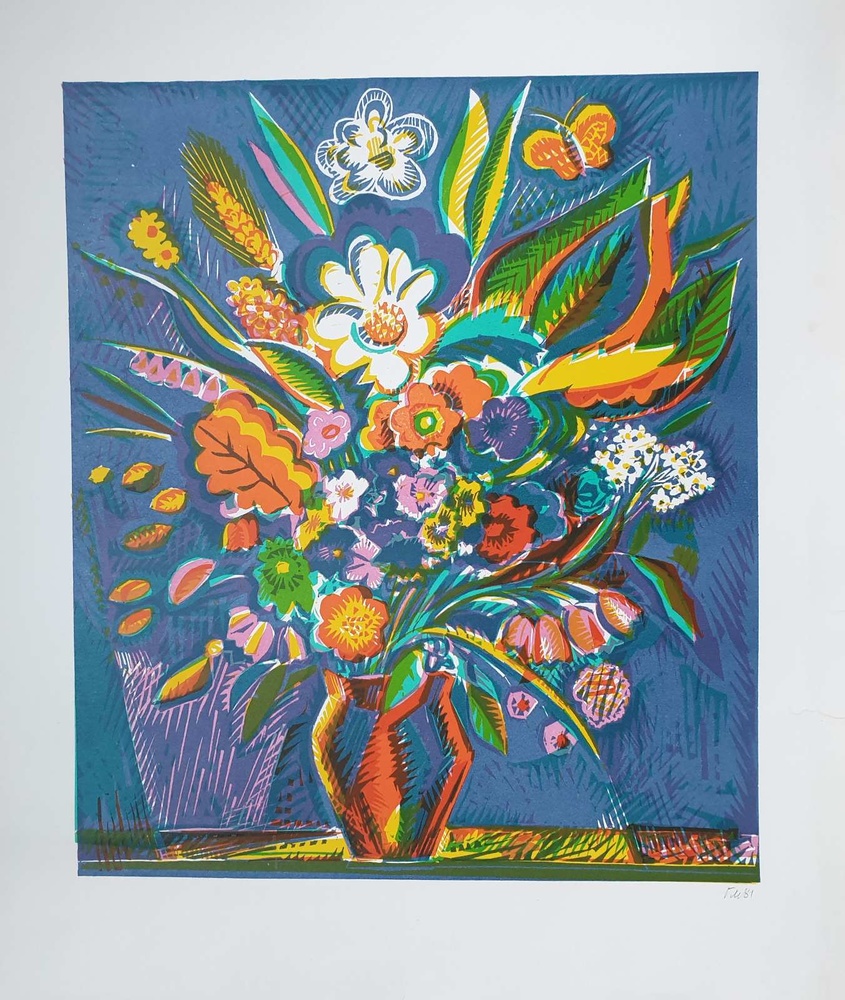