Alexander Vasilievich Moskvichev was born on August 25, 1938 in the city of Arzamas in the Gorky region. Father is a carpenter, mother is a peasant. After elementary school, he entered the newly opened Children's Art School. A.V. Stupina, where he studied from 1949 to 1953, having received primary art education. In 1953 he entered the Gorky Art College, which he graduated with honors in 1958. After graduating he taught in September-October 1958 at the Children's Art School name A.V. Stupin in the city of Arzamas, until he was drafted into the army.

From 1958 to 1962, he served in the Air Force of the Soviet Army. Demobilized in February 1962 and immediately entered as a volunteer at the Leningrad Institute of Painting, Sculpture and Architecture named after I.E. Repin.

Since 1970 - a member of the Union of Artists of the USSR. In 1975 he moved back to live and work in Leningrad, where he still lives. From 1975 to 1990 performs works and orders for the Graphic Arts Combine of the Leningrad Branch of the RSFSR Art Fund.

From 1996 to the present, he works as a freelance artist. 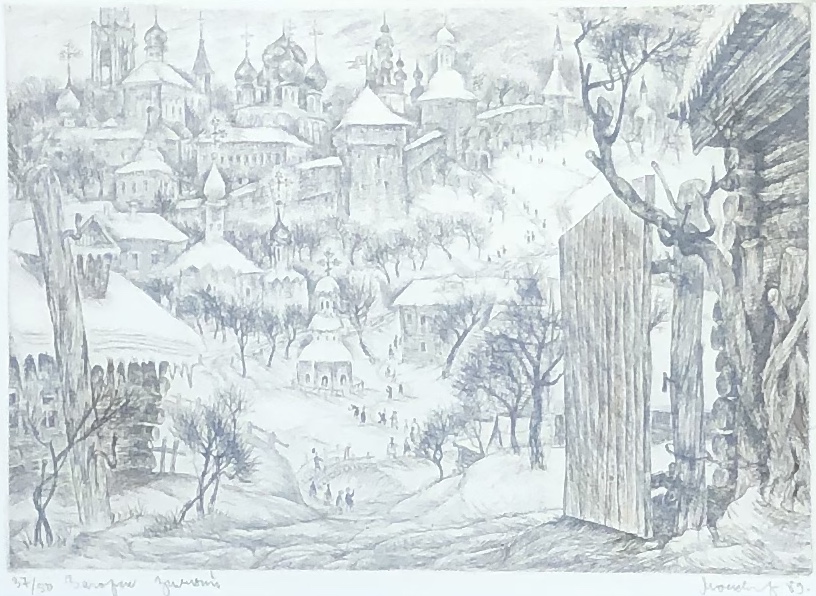