Born May 25, 1880 in the village of Yurino, Nizhny Novgorod province in the family of a rural teacher. In 1900 he graduated from the Kazan Art School, in 1909 the Higher Art School at the Imperial Academy of Arts in St. Petersburg, the workshop of V.V. Mate. He was mainly engaged in easel graphics, worked in the technique of color etching, lithography, linocut.

Member and exhibitor of the Society of Artists. A. I. Kuindzhi. Since 1932 a member of the Leningrad Union of Soviet Artists. Member of the largest exhibitions of Soviet fine art of the 1920-30s in the USSR and abroad. He taught at the Kiev Architectural Institute (1918-1922), Leningrad Art and Industrial College named after I. E. Repin (1938-1960).

After the start of World War II, he remained in the besieged Leningrad. On the instructions of the Political Administration of the Leningrad Front, together with other artists, he creates campaign leaflets and posters. In February 1942, together with the institute, he was evacuated to Samarkand, where he continued his pedagogical and creative work. After returning from evacuation in July 1944, he worked as a professor in the drawing department of the Leningrad Art and Industrial College named after I. Repin. Personal exhibitions in Leningrad in 1941 and 1945. The author of textbooks «Engraving on cardboard» (1952), «The study of etching techniques as applied to the program of the first and second art courses» (1953). He left memories of the meetings with I. Repin, published in the collection «Artists of Leningrad» in 1959. He was awarded the title of Honored Artist of the Russian Federation.

Ovsyannikov Leonid Fedorovich died on March 30, 1970 in Leningrad in the ninetieth year of his life. His works are in the Russian Museum, the Tretyakov Gallery, in other museums and private collections in Russia and abroad. 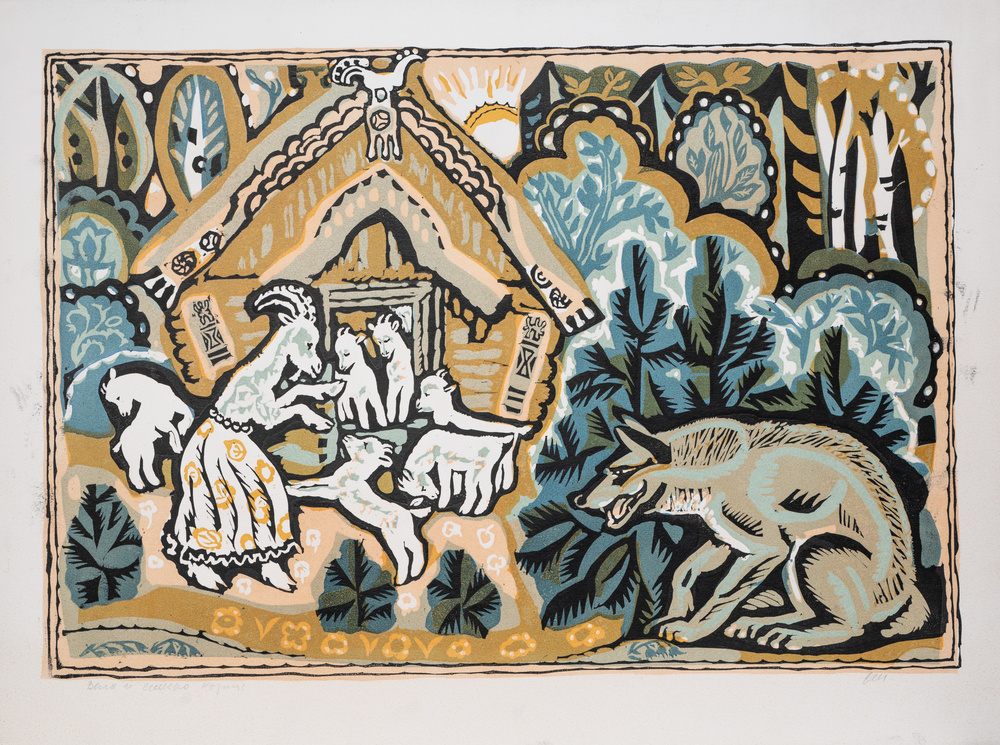