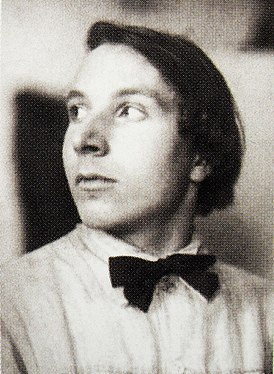 Vyacheslav Vladimirovich Pakulin (March 2, 1901, Rybinsk, Russian Empire - 1951, Leningrad, USSR) - Russian Soviet painter and graphic artist, member of the Leningrad Union of Artists, representative of the Leningrad school of landscape painting. He was born on March 2, 1901 in Rybinsk on the Volga (some sources cite his 1900 year of birth and state that Pakulin is a «tradesman of the Novgorod province of Borovichi district of the Opechensky Posad district».

In 1916, Vyacheslav Pakulin entered the Central School of Technical Drawing of Baron A. L. Stieglitz in Petrograd. Learning from A.E. Karev and V.V. Lebedev. He spends the winter of 1917-1918 in Rybinsk, where he works as a clerk. In the winter of 1919 he returned to Petrograd. He continues his studies, but already at the Higher Courses of Decorative and Applied Arts. Baron A. L. Stieglitz. Since 1918, Pakulin has been working as a theater artist. She studies at stage courses organized by V.E. Meyerhold. A number of theatrical works of Pakulin are in the collection of the Theater Museum in St. Petersburg. Since 1918, takes an active part in the work of the Petrograd Decorative Institute, becomes its member in 1919; participates in the design of mass holidays dedicated to the October anniversaries.

In 1922-1925 he studied at the Leningrad Higher State Art and Technical Institute with A. E. Karev and A. I. Savinov. In 1922, as a result of the merger of the former school. A. L. Stieglitz and the former Academy of Arts V. Pakulin turns out to be a student of the painting department of the Higher State Art and Technical Workshops. In 1925 he defended his thesis «Change» («Heroic Realism»), noted by N. N. Punin.

Among the works of Pakulin of this time are those directly related to the 1922 exhibition «Volumes and planes» (1922) and one of the «Formal resolution of the invoice» (1920), «Still Life» (with a tray, the beginning of the 1920s), «White still life» and «Blue landscape» (early 1920s). Talent and creative eclecticism unites these works, which are a combination of cubism and the principles of A.E. Karev. Other works of this time; «Formal Resolution of the Invoice» and «Still Life» (with a tray) - made by artists under the impression of B. Tatlin's counter-reliefs.

In 1927, V. Pakulin became chairman of the Circle of Artists association (1926-1932), which initially included fellow students of Pakulin, and later the most active creative youth of Leningrad joined them (A.F. Pakhomov, M.A. Fedoricheva, M.F. Verbov, L.R. Britanishsky, D.E. Zagoskin, A.P. Venerable, A.S. Vedernikov, A.I. Rusakov, V.I. Malagis, A.N. Samokhvalov, G. M. Nemenova, B.E. Kaplyansky and others). Pakulin is the undisputed leader of this association, participates in his three main exhibitions in the Russian Museum (1927, 1928, 1929) and in the Art Gallery in Kiev in 1930.

For Pakulin, the search for the declared «style of the era», monumental in form and capacious in content, was embodied in his creation of a series of programmed paintings, still considered his best works, as «The Reaper» (1926-1927), shown at the first exhibition of the society . This work was written under the influence of the «peasant cycle» K. Malevich. Pakulin, with his personal coloristic gift, with his sense of form of the Russian monumental, fresco art, was not directly dependent on the artistic form of Malevich. The artist took this form creatively, while maintaining his own recognition. «Reaper» is a huge canvas, resembling a fresco. Another software work by V. Pakulin - «A Woman with Buckets» (1928). These monumental images were not unique in the work of V. Pakulin. In the 1920s and early 1930s, along with monumental canvases, he also creates chamber portraits of «The Lady with a Fan» (1927) and «Woman in a Red Hat» (1927), expressive canvases «Sailor» (1928) and  «Terror» (1929), and orientated on icon-painting traditions of woodwork - «Long live International Workers' Day!» (1929) and «Mother» (late 1920s).

Pakulin joined the Leningrad Union of Soviet Artists in 1932, and became a member of his board. The last large-scale canvases of Pakulin, made in the tradition of the Circle of Artists, are «On current. Threshing» (1935), «Turbocase of the Electrosila plant» (1932). His creative trip to the mine in Donbass, Makeevka remained only in sketches that were never realized in the finished work.

Pakulin experienced the pre-war 1930s hard. His painting talent, which was realized in the creation of the artistic association «Circle of Artists» (1926-1932) and in a number of significant paintings, remained in the past. Thematic paintings did not become successful landmarks of his work. Pakulin made compromises, although he nevertheless tried to honor the precepts of «pictorial realism» proclaimed by N. N. Lunin. During these years, he works mainly in the landscape, is part of the circle of the «Leningrad school of landscape painting»: «Kolkhoz Herd» (1930s), «Gatchina Park» (1938), «Early Spring» (1940). At that time, Pakulin made a living by arranging mass holidays, and also worked as part of a team of artists on the «Cotton» panel in Moscow (1935), and «Physical Education» for the Soviet pavilion at the 1937 World's Fair in Paris.

Pakulin remained in Leningrad in blockade. At the end of June 1941, together with a group of artists led by V. A. Serov, he went to the front to mask military facilities in the vicinity of the Dno station. In March 1942, at the First Exhibition of Leningrad Artists in March 1942, he showed the paintings «People’s Militia», «Capture of a German Tank» and several landscapes. Together with the artist N. I. Pilytsikov creates the canvas «Taran Sevastyanova».

In the winter of 1941-1942. Paculin began work on a series of landscapes. Subsequently, V. A. Serov called Pakulin «Methuselah of the urban landscape», thus expressing his respect for the skill of Pakulin. The artist worked on the streets of Leningrad, he carried stretchers. He continued to work during shelling and bombing. He painted several dozen landscapes. Pakulin loved Leningrad, but before the war he never painted city landscapes, it was during the blockade that the beauty of the city was revealed to him. Many artists noted that in the winter of 1941-1942, Leningrad was especially beautiful: sparkling with hoarfrost, motionless and almost deserted. Landscapes of the siege «chronicles» of Pakulin - «Book House. Prospect on October 25» (1942), «At the Admiralty» (1941-1942), «Hermitage. Jordanian Entrance» (1942), «Prospect October 25. Spring» (1943), «Demidov Lane» (1943), «Pestel Street» (1943), «Lion Bridge. Spring» (1943), «At the Lantern Bridge» (1944), «Fontanka» (1944)  and «Nevsky Prospect on the holiday of July 9, 1945» (1945). In March 1943, he traveled as a member of a group of artists to the front lines of the front, painted portraits of fighters.

In 1944 he took part in an exhibition of five artists in the Russian Museum (V. M. Konashevich, V. V. Pakulin, A. F. Pakhomov, K. I. Rudakov and A. A. Strekavin), showing 28 of his blockade landscapes. Later, in February 1945, they were exhibited in Moscow, once again witnessing the artist’s achievements and his involvement in the best traditions of the «Leningrad school».

In the postwar years, works of Pakulin were criticized as «a vivid example of formalism in painting». Pakulin had a great shock: he witnessed the destruction of part of his work; by order from above in 1949, a monstrous act of vandalism was carried out by workers of the Art Fund of the Leningrad Union of Soviet Artists. Soon after, not marked by titles or awards, Pakulin Vyacheslav Vladimirovich died in 1951 in Leningrad.

Pakulin's works are stored mainly in the State Russian Museum, as well as in others in museums and private collections in Russia, Ukraine, Germany, the USA and other countries.

Gallery of patterns
It is sold for: 950 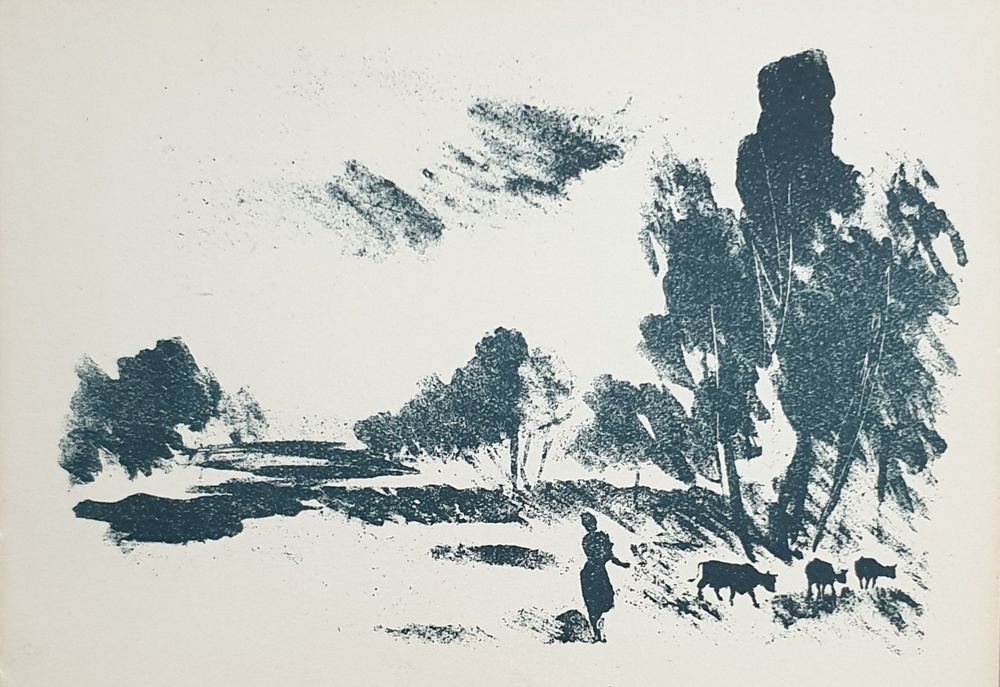