He graduated from the School of Fine Arts in Leningrad (workshop of Professor A. Mylnikov), Leningrad Academy of Arts. From the 1970s he participated in collective exhibitions, including in Germany (Rostock, 1973; Hamburg, 1982), USA (Chicago, 1976), Finland (1987), etc. In 1978 in Leningrad in the House of Journalists and in the Union of Artists he held solo exhibitions. Since 1991 represents work in France (Autumn Salon). Participated in the II International Salon in Nantes (1992, 1993), in the Art Viva Gallery in Levallois Perret (near Paris) (1993, 1994, 1997), in the Russian Cultural Center named after A.S. Pushkin (1994, 1997), in the Center of Culture in Montpellier (dep. Herault) and others. He held solo exhibitions in the gallery Ressort de la Créativité (Paris, 1992), in the gallery Art Viva in Levallois Perret (near Paris) (1995), in the Espace Saint Martin gallery in Cognac (dep. Charente) (2004), in Villa Daumier (dep. Val-d'Oise) (2005). In 2009, a personal exhibition of works was held in the Manege (St. Petersburg). Permanent participant of thematic exhibitions in the State Russian Museum («Soviet Venus», etc.). Awarded a number of international awards. The paintings are in museums of St. Petersburg, Orel, Sverdlovsk, Kharkov, Baku, Tallinn, Vilnius and others, as well as in private collections, including in France. He lives in St. Petersburg and Paris. Member of the Union of Artists (St. Petersburg).
Yuri Penushkin remains a traditionally Russian painter - according to his perception, according to the power of transmission of the atmosphere of provincial Russian cities. Sabbath baths, tea drinking with a samovar, walks, heartfelt paintings of Russian nature, inspired images of childhood, youth, charming female portraits, “in a bushy manner” juicy nude, refined and refined still lifes - all this can be seen on his canvases. 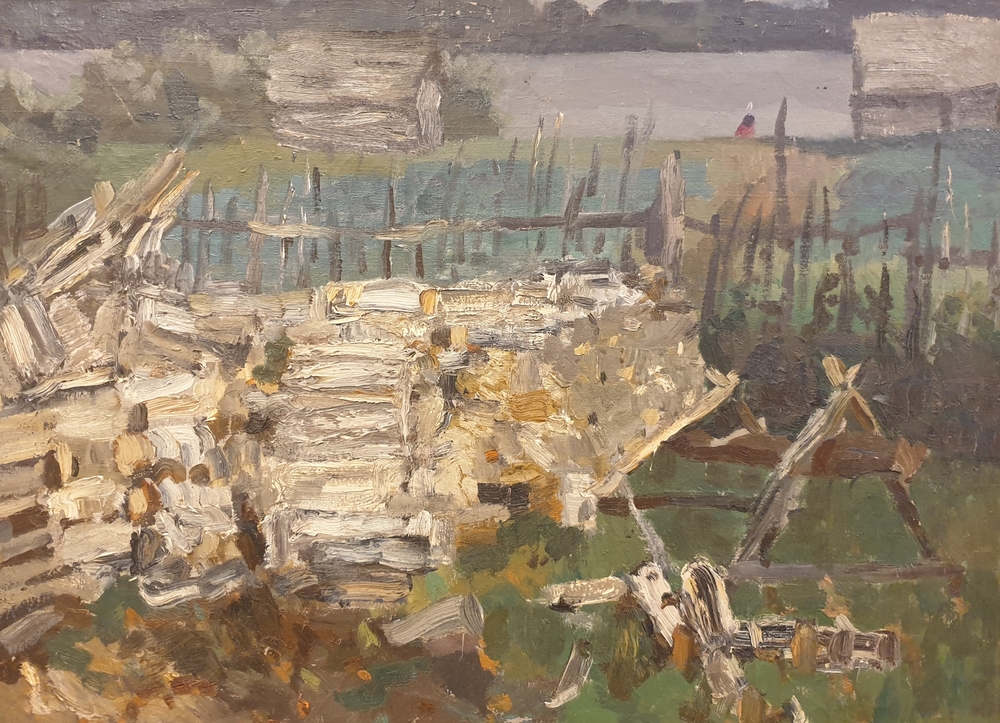