Sergei Mikhailovich Pozharsky (1900, p. Chalbasy (from 1946 - Vinogradovo) of the Tauride province - 1970, Moscow) - a famous Soviet graphic artist, book illustrator. The author of numerous works in book graphics, the developer of his own artistic fonts. Student of the artist A.E. Romanov (d. 1919, Kiev). For a long time was the main artist of the magazine «Leningrad».

Born in 1900 in the village of Chalbasy, Tauride Province (now the village of Vinogradovo, Alyoshkovsky District, Kherson Region, Ukraine). Since childhood, dreaming of becoming a book artist, S.M. Pozharsky studied in various private studios in his youth (he attended the children's drawing school of A.E. Romanov, who graduated from the Moscow School of Painting, Sculpture and Architecture in 1913; and others). He even managed to work out for a short time at the Ukrainian Academy of Arts in Kiev, where he managed to take lessons from the outstanding Russian graphic artist G. I. Narbut (1886-1920). Studying and creative activities during this period were hindered by revolutionary events and the Civil War in Russia.

Having started his professional work in 1921, Pozharsky moved to Petrograd in 1923, where he soon gained a reputation as one of the most interesting and prolific book cover masters. Pozharsky’s first works were kept in line with the Petrograd school, which continued the tradition of the World of Art. In the future, the master expanded the circle of fine arts, having mastered wood engraving.

After the outbreak of World War II and the Leningrad blockade, in 1942, Pozharsky moved from Leningrad to Moscow, where he again quickly gained fame and authority with his work. His works of the late 1940s and 1950s are especially noteworthy for the manuscript “romantic” font he composed. This spectacular, swift font, decorated with strokes and curls, very successfully knitted with books on a historical theme, which then was most often designed by the artist:

In the 1960s, Pozharsky, along with young artists, took an active part in updating book art. He developed a new, very specific handwritten font, which he successfully used in books of various contents. The master also very original formed the complex of the book ensemble, peculiarly combining font, image and ornament: 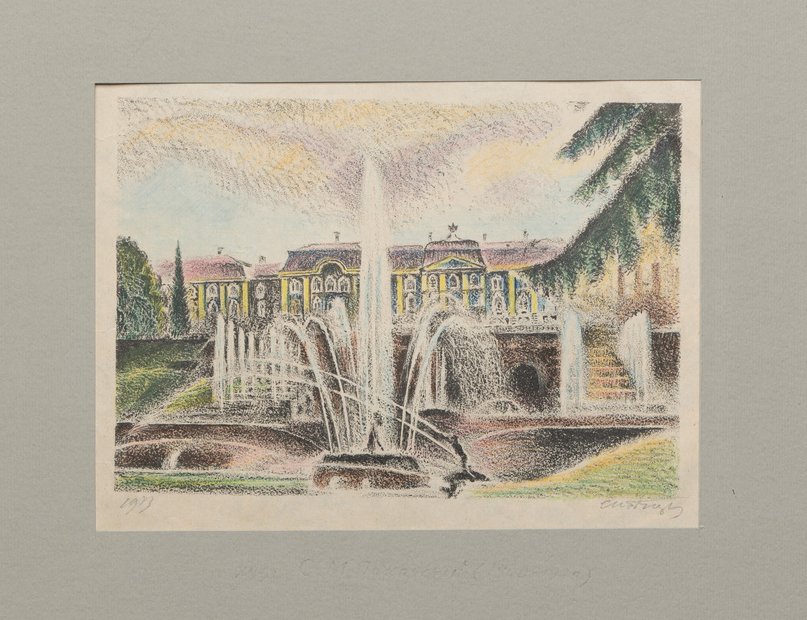