Rukhin Evgeny Lvovich (1943-1976) - Russian non-conformist artist, representative of unofficial art. One of the initiators of the «Bulldozer Exhibition» in Moscow (1974). Evgeny Lvovich was born on July 2, 1943 in the family of geologists Lev Borisovich and Evgenia Valerianovna Rukhin, when they, being evacuated from besieged Leningrad, lived in Saratov. Graduated from the Faculty of Geology, Leningrad State University, worked as a geologist-prospector. I got carried away by Russian icons. In 1963 he began to paint independently, became close to V. Nemukhin, and experienced his influence. In 1966-1967 his exhibitions were held in the youth clubs of Leningrad, in 1966 an exhibition was held in New York, in the Betty Parsons Gallery. Rukhin was one of the initiators of the Bulldozer Exhibition, an exhibition in Izmailovsky Park in Moscow (1974). He died on May 24, 1976 in a fire in his own workshop in Leningrad. Elements of pop art combined with Rukhin's search for the sacred in art. After the artist's death, dozens of his exhibitions were held in Europe, USA, Japan, Israel. A personal exhibition of Rukhin's works in St. Petersburg was held in 1996. The artist's works are in the collections: State Tretyakov Gallery; Moscow Museum of Modern Art; Museum "Other Art", Moscow; New Museum, St. Petersburg. 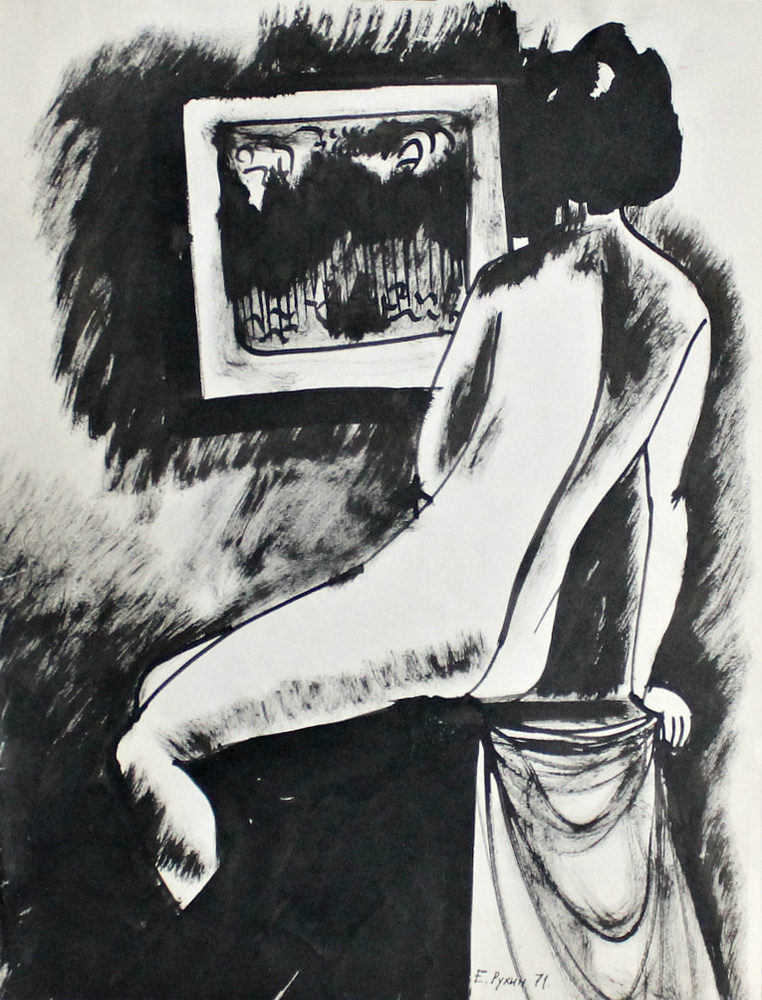