Shitikov Evgeny Petrovich (1933-1994) - Soviet artist, sculptor, graphic artist, painter, restorer and antiquarian, Member of the Union of Artists of the USSR. Evgeny Petrovich was born on February 18, 1933 in the village of Snegiri, Moscow Region. From 1948 to 1953 he studied at the Moscow School of Industrial Art named after I. M. I. Kalinina. In 1954 he entered the Stroganov School at the faculty of monumental and decorative sculpture, graduating in 1959. This year was the beginning of the artist's creative career.

Since 1966, a member of the Union of Artists of the USSR. In 1959, the artist began active creative work in various genres. Traveled throughout the Soviet Union; he successfully practiced photography, shooting both on regular 35 mm film and on medium format. In 1964, he made a creative trip to the nuclear icebreaker Lenin across the Arctic Ocean; made a series of photographic works dedicated to Kamchatka. Since 1965, Shitikov began to actively work in the field of graphics, with the help of his friend Viktor Penzin. 1968-1980 Member of the Board of the Moscow Union of Artists.

Over time, interest in graphics turned into interest in popular prints; together with Penzin he organized the Lubochnik Gang. He was friends with the artist Eddie Davidovich Mosiev (1.10.1937, Spain, since 1939 in Russia. - 28.3.2012, Moscow). He worked with him in Shitikov's home in Bullfinches. I tried myself in poetry and prose. In 1982 he wrote the epic «How Svyatogor got his sword». In 1983 he painted the monumental painting «Svyatogor».

In 1967 he began to collect a collection of antiques. His interests are extremely broad: postcards, furniture, icons, jewelry. Shitikov visited the workshops of restorers, the center of Grabar, was interested in the restoration of antiquity. In 1968 he met Savely Yamshchikov, who worked in the department of icon painting restoration at the All-Russian Restoration Center. Impressed by A. Tarkovsky's film «Andrei Rublev», whose consultant was S. Yamshchikov, he created a series of sketches about the icon painter. 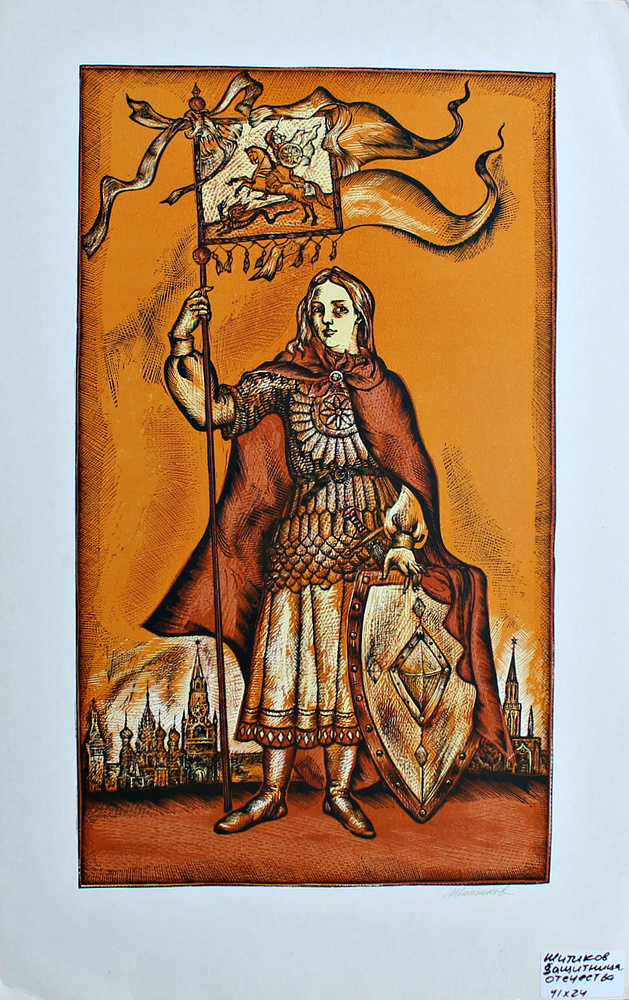 lot 139. «Defender of the Fatherland» 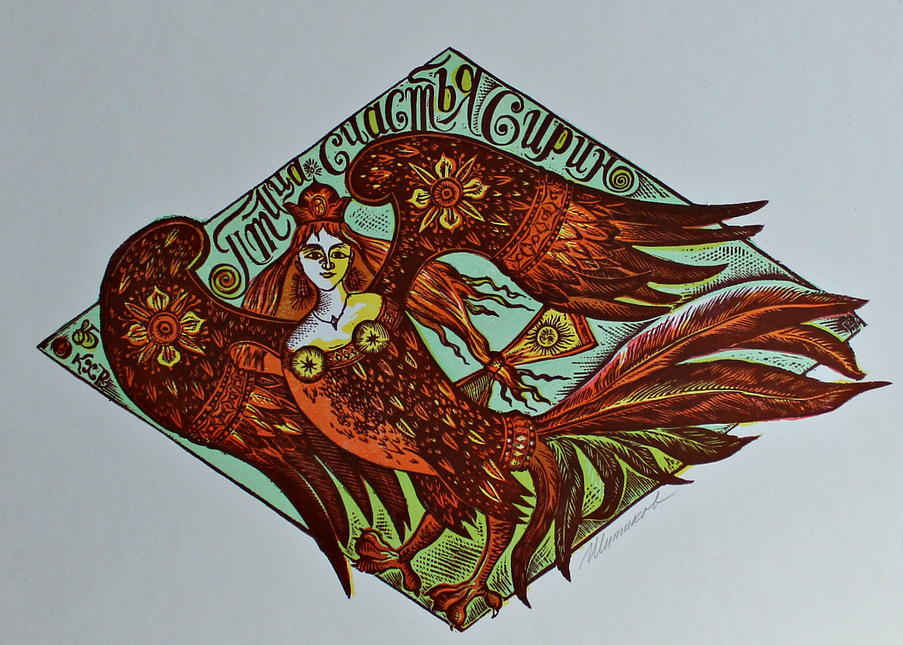 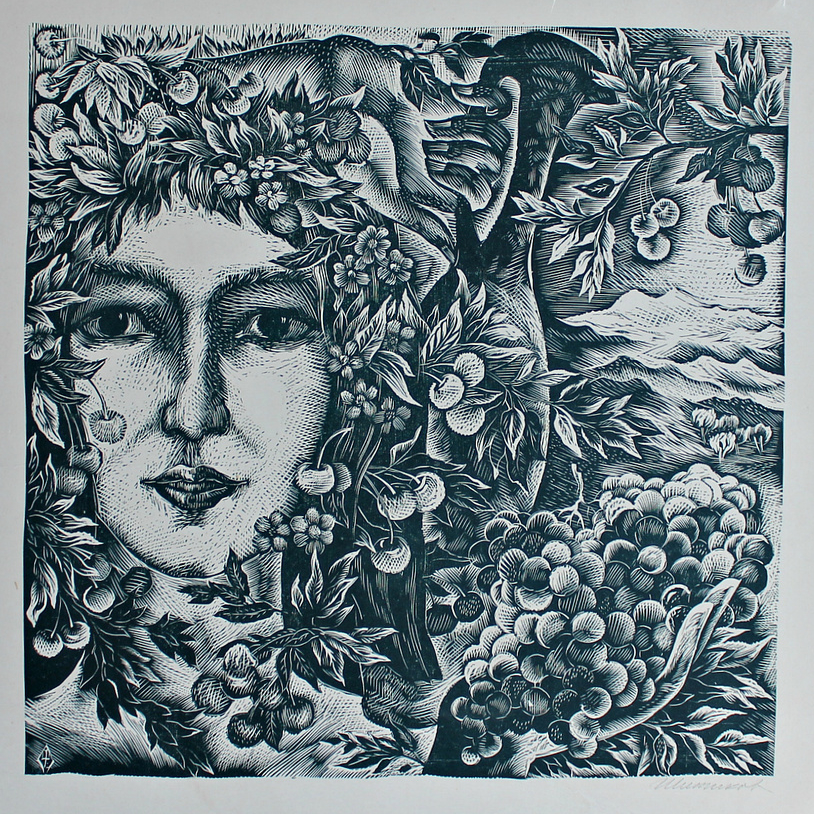