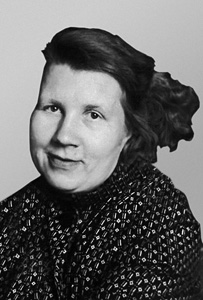 From 1922 to 1930 she studied at a seven-year school, then at a pedagogical college. In 1932-1934 she worked as a letter sorter at the Leningrad Post Office. From 1934 to 1937 she studied in preparatory classes at the All-Russian Academy of Arts. Upon graduation in 1937, she was transferred to the number of students of the Leningrad Institute of Painting, Sculpture and Architecture. She studied with Boris Vogel, Mikhail Bernstein, Alexander Zaitsev, Igor Grabar.

In February 1942, together with the institute, she was evacuated from besieged Leningrad to Samarkand, then to Zagorsk. She returned to Leningrad together with the institute in July 1944. In 1946 she graduated from the Ilya Repin Institute of Fine Arts in the workshop of Mikhail Bobyshov with the qualification of a decorator. Thesis - design of the play based on the play by E. Rostand «Cyrano de Bergerac». In the same year she was admitted to the Leningrad Union of Artists. After graduation, she worked for about a year in Petrozavodsk as the chief artist of the republican theater of musical comedy. Returning to Leningrad, she taught painting and drawing at the V.I.Mukhina Higher School of Industrial Art. In 1947 she married Anatoly Nenartovich, a student of the Academy of Arts.

Since 1947 she participated in exhibitions as a painter and theater artist, exhibiting her works together with the works of the leading masters of the visual arts of Leningrad. She painted portraits, landscapes, still lifes, as well as sketches of costumes and scenery for theatrical performances. She worked in the technique of watercolor, oil and tempera painting. A talented colorist, she masterfully mastered the techniques of plein air painting. The beauty of color and organic composition give the works of Nadezhda Steinmiller a soft poetic sound, raising ordinary scenes to the level of a solid and deep image. The development of the painting style went in the direction of enhancing the decorative qualities of painting.

Steinmiller Nadezhda Pavlovna died on November 11, 1991 in St. Petersburg at the seventy-seventh year of life. Her works are in museums and private collections in Russia, USA, Great Britain, Germany, France and other countries. 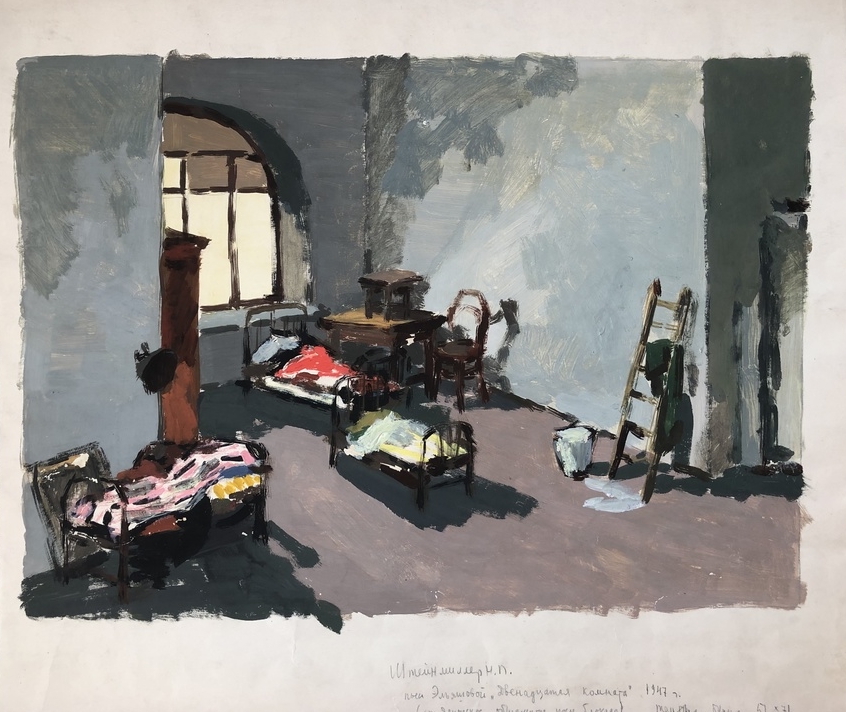