Vladimir Vasilyevich Sterligov (March 5 [18] or March 8 [21], 1904 or 1905, Warsaw - November 1, 1973, Petrodvorets) - soviet artist, painter, easel and book schedule. One of the students of KS Malevich. Born in Warsaw. Father - Vasily Nikolaevich Sterligov (187? —1932), a nobleman, a teacher of history, mother - Sofia Yakovlevna Sterligova (nee. Chubarovskaya; c. 1880-1915), a teacher. Shortly after birth, he moved with his parents to Moscow; the family lived on Vozdvizhenka (Vagankovsky lane, 3, ap. 2); spent the summer at the estate, in the village of Ostroe Plastikovo. He spent his childhood in Moscow. He studied at the «School of free education» M. h. Sventitskoy. In 1922-1925 he studied at the Literary Courses at the All-Russian Union of Poets, in 1923-1925 he studied painting and drawing in private studios.

In December 1926 he became acquainted with the poets of the circle «The Unification of Real Art» (URA) - A.I. Vvedensky, D.I. Kharms; their personal and creative friendship lasted until 1941.

In 1929 he began working in book and magazine illustrations, collaborated with the magazines «Hedgehog» and «Siskin»; illustrated books, including «books of their own text». All the prewar years wrote poetry and prose.

K.S. Malevich said that «... it will be a school, not a work in art, which you will study later, developing YOUR surplus element». In this sense, Sterligov is the direct heir of Malevich, since he realized and named the new surplus element of the 1960s. Sterligov made his conclusion in art from Malevich's suprematism; The new properties of color studied by Sterligov were also a conclusion from suprematism. In Malevich, Sterligov took a geometric form as a module of the structure of the world, pictorial and cosmogonic, as «a consideration about the construction of the Universe». The idea of ​​universes represented in the form of spheres, at the touch of which the curve is formed, has its own explanation in science, where, according to one of the theories of the structure of the Universe, it consists of an infinite number of spheres touching each other. Two mirror-reflecting Curves form a bowl - that's why Sterligov calls his idea the «bowl-domed structure of the Universe». 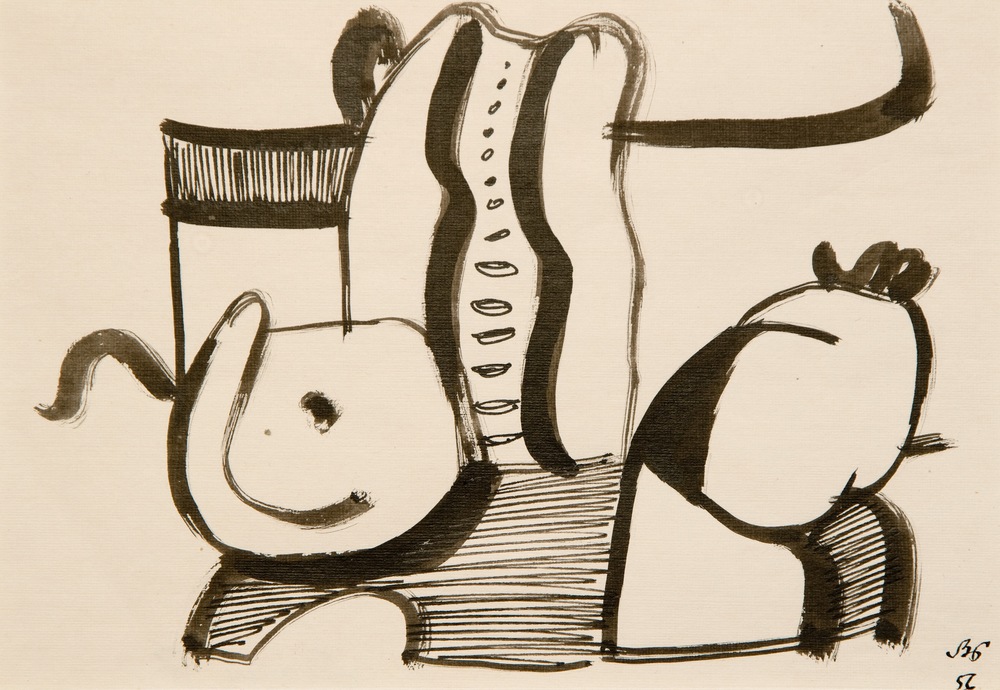