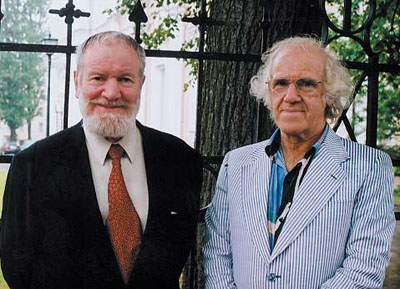 G. A. V. Traugot - a common signature under which the book graphics of three artists were published: Georgy Nikolayevich Traugot and his sons Alexander and Valery.

George, Alexander and Valery Traugot began work in the field of children's book illustrations in 1956. The artists illustrated the first books with three of them - father and brothers. The first book, published with illustrations by three artists - «686 funny transformations». The drawings were signed, respectively, with three initials: G. A. V. - George, Alexander, Valery. After the tragic death of G.N. Traugot in 1961, his sons, implying the development of tradition, following the style worked out with his father, thereby seemed to work with him, therefore, left his name in a common signature. «We were born in a family where the father and mother are artists ... Since our family consists of artists, naturally, our creative community and the desire to work together arose ... As for the other members of the fraternity, then ... the father was little exhibited, although we even criticize in print about our formalism. Mom never exhibited ... ».

Since 1923 - a member of the Central Committee of the Union of Art Workers, from the same year and throughout his life - a teacher. From 1929 to 1935 he taught at the Leningrad State Art and Industrial College. In 1927 he married the artist V.P. Yanova.

A. Alexander G. Traugot. (June 19, 1931, Leningrad). During the blockade, he was with his mother in the besieged city, and at that time he was already working as an artist. In 1944, upon admission to the Secondary School, he showed his graphic «blockade cycle». He studied at the secondary art school at the Institute of Painting, Sculpture and Architecture of the USSR Academy of Arts in 1944-1950. In these years, he was friends with the sculptor Mikhail Wojciechowski, with the poet R. Mandelstam, artists Alexander Arefyev, Richard Vasmi. Since 1965 - a member of the Union of Artists. He works in painting, easel and book graphics, as well as in sculpture and small-scale plastic. Since 1992 lives in Paris. Since 1999 - Honored Artist of the Russian Federation.

Artists G. A. V. Traugot created illustrations for more than 200 books. The most famous are their illustrations for the tales of H.K. Andersen. Tales were reprinted 17 times in their design, and the total circulation of these publications exceeded three million copies. They also illustrated the following works: «Tales of Mother Goose», «Magic Tales» and «Blue Beard» by Charles Perrault, «Cuban Tales», «Tales of Cambodia», «Iliad» and «Odyssey» by Homer, «The Science of Love» by Ovid, «The Golden Donkey» by Apuleius, fairy tales by E. T. Hoffmann, «Little Tragedies», «Dubrovsky» and other works by A. S. Pushkin, «Dangerous Neighbor» by V. L. Pushkin, the novel «The Master and Margarita» by Mikhail Bulgakov, Russian classics , poems by A. I. Vvedensky, fairy tales by B. Sergunenkov, Russian fairy tales, and much more.

In these books, so diverse in genre, all the main features of their future work immediately showed up: sublime romanticism, a sense of humor, a deep entry into the world of the author’s word, masterly work with a pen and brush, the ability to create an integral image of the book, each time corresponding to the character of the literary text, and finally, something that is always inexplicable to the end, which will attract readers and viewers of their books. 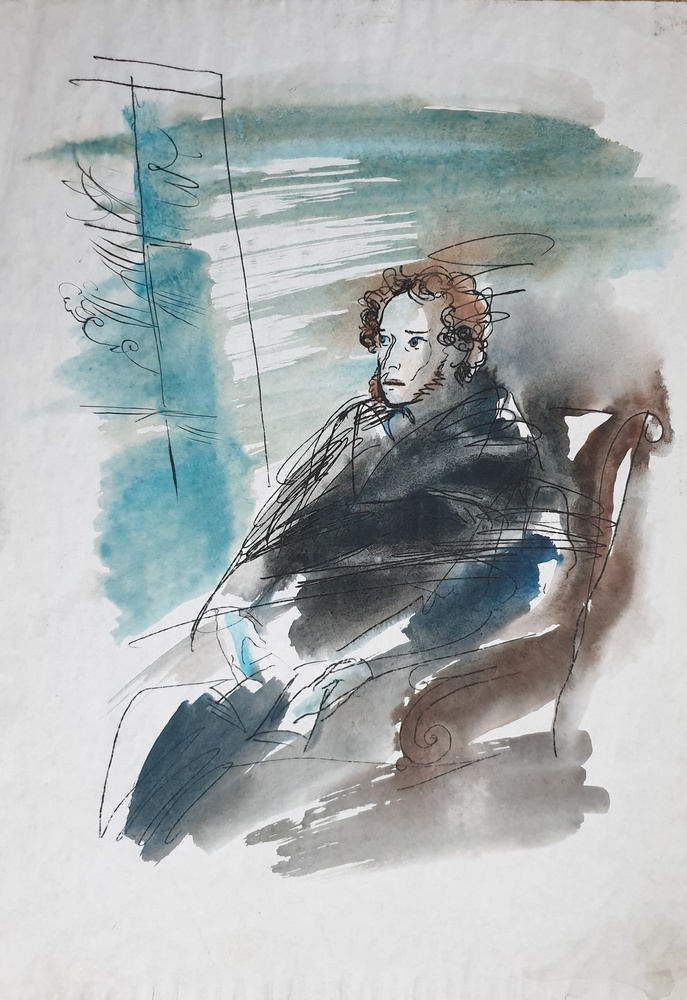