Ustinov Evgeny Alekseevich (1928-2017) - Soviet and Russian artist, graphic artist, painter, and sculptor, Honored Artist of the Russian Federation, Member of the Union of Artists of Russia. Ustinov Evgeny Alekseevich was born on January 16, 1928 in the city of Kuntsevo, Moscow Region. In 1943 he entered the Moscow Kalinin School of Art and Industry, graduated in 1948. In 1949 he entered the department of easel graphics of the graphic faculty of the Moscow State Academic Art Institute named after V.I.Surikov, graduated in 1955. The teachers were Evgeny Adolfovich Kibrik, Yuri Petrovich Reiner, Matvey Alekseevich Dobrov, Mikhail Semyonovich Rodionov, Mikhail Vladimirovich Matorin, Mikhail Mikhailovich Cheremnykh, Pyotr Ivanovich Suvorov

Since 1964, a member of the Union of Artists of the USSR and the Union of Artists of Russia. Since 1972 he has been a teacher at the Moscow Art School. In 1994-1995, Associate Professor at the Russian Academy of Painting, Sculpture and Architecture. Famous Pushkin artist. Most of the works are dedicated to Alexander Sergeevich Pushkin, his life, work and environment. He created a separate cycle of works on the theme of Pushkin's fairy tales. He mastered a variety of graphic techniques: etching, lithography, woodcut, linocut, monotype, mezzotinto, charcoal drawing, Manchurian walnut, quill pen and pastel. He especially liked to work with gouache, watercolors, lead and colored pencils. He studied oil painting technique on his own. He worked on a sculpture from different types of wood: linden, apple, pear, burl, mahogany, wild olive, pink willow.

Participant of more than 130 exhibitions in Russia and abroad: in Finland, Ethiopia, Czechoslovakia, Luxembourg, Belgium, England, Scotland. With creative trips, the artist was in Bashkiria, in the Southern Urals, in Altai, on the Solovetsky Islands, in Odessa, Leningrad, Riga, even in the North and in many other regions of Russia. Evgeny Alekseevich visited foreign trips in Bulgaria, Italy, Finland, Ethiopia.

E.A. Ustinov - Chevalier of the Order of Honor, Order of the Silver Star «Public Recognition», academician of the Pushkin Academy, veteran of the Great Patriotic War. He died on December 22, 2017 in Moscow. He was buried on December 25, 2017 at the Kuntsevo cemetery in Moscow. His works are kept in the A.S. Pushkin Literary Museum in Moscow, in the museum collections of Saransk, Tambov, Maloyaroslavets, Borovsk, Magadan, Rostov-on-Don, the museums-estates of Ostafyevo and Zakharovo, etc. They are also in the art gallery of Krasnoarmeysk. 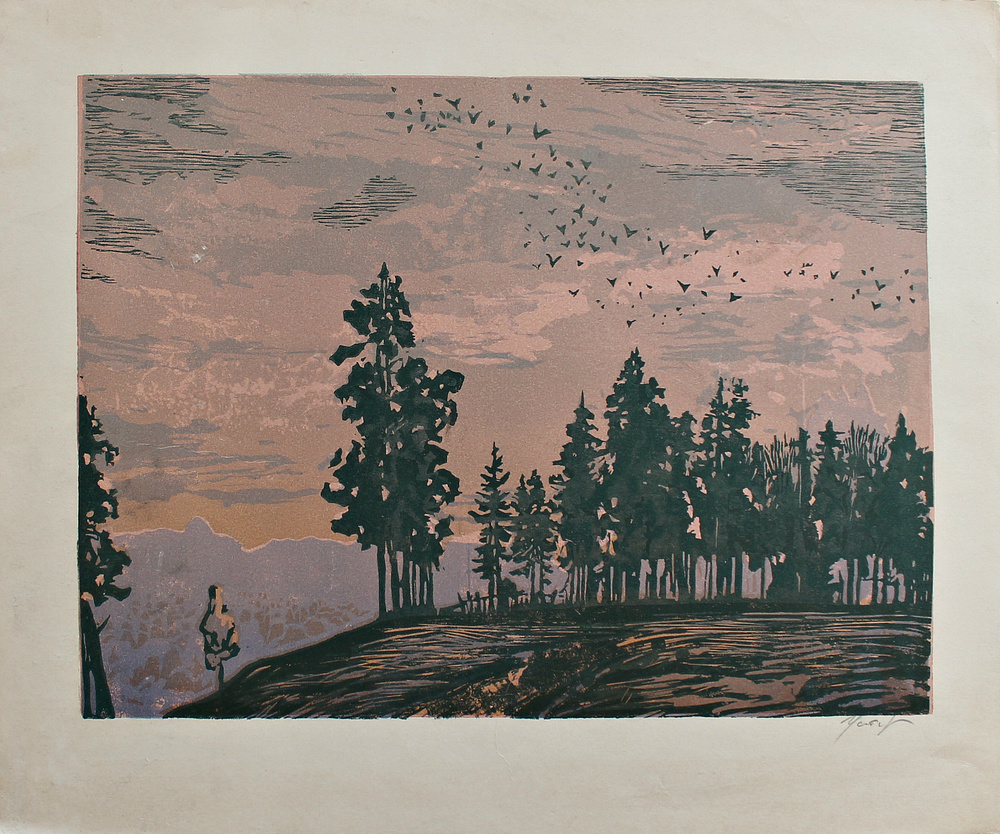 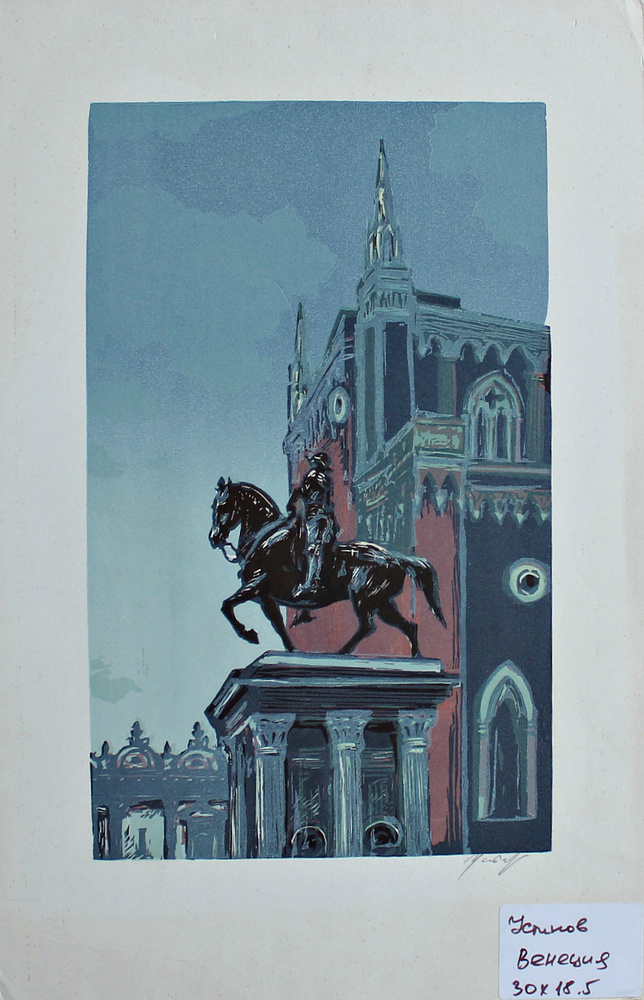 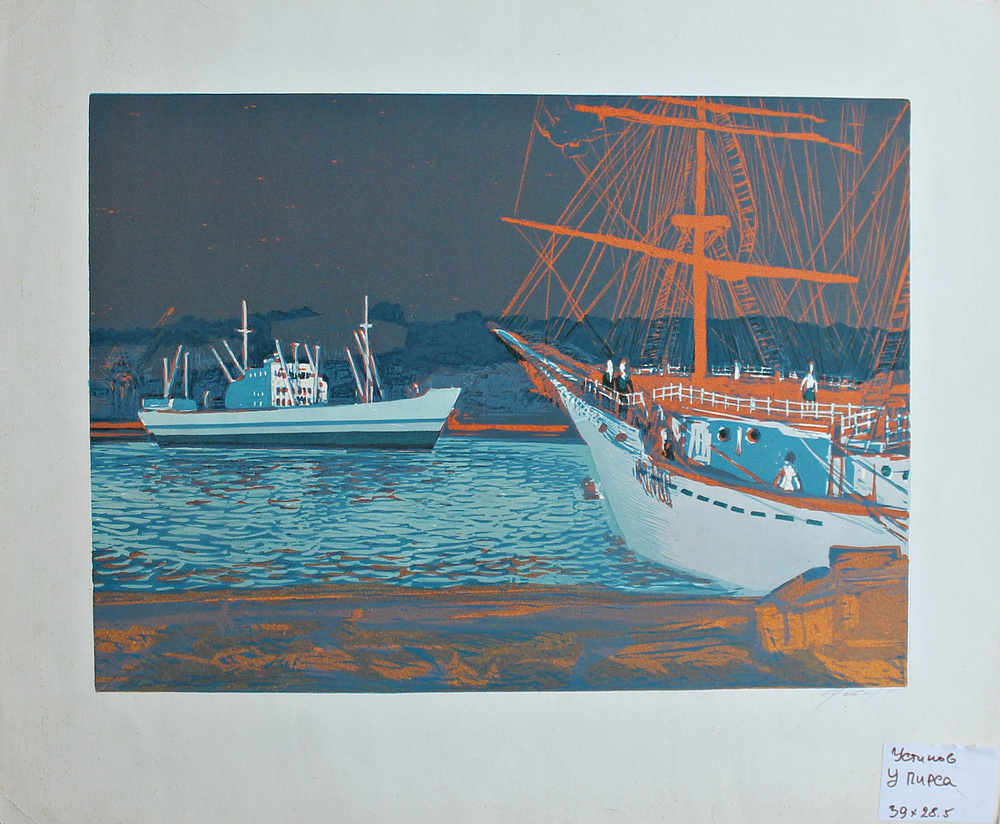 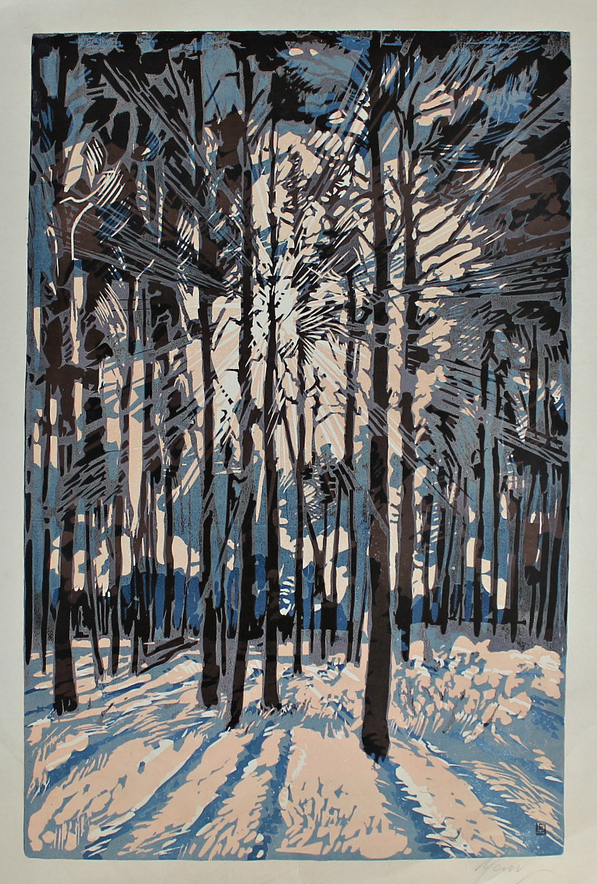