Waltsefer Viktor Aleksandrovich (February 3, 1928, Samara - June 2, 1983, Leningrad) - Soviet and Russian graphic artist, member of the Leningrad organization of the Union of Artists of the RSFSR. Waltsefer Viktor Alexandrovich was born in Samara in February 1928. He received his primary art education at a three-year fine art course in Kuibyshev, where he studied with A. A. Lyubimov and G. P. Podbelsky. In 1944-1948 he studied at the Moscow secondary art school. In 1948-1954. studied at the Institute of Painting, Sculpture and Architecture named after I. E. Repin at the graphic faculty in the studio of easel graphics under the direction of A. F. Pakhomov. Studied with K. I. Rudakov, G. D. Epifanov, M. A. Taranov and N. T. Kulikov. In 1954 he graduated from the institute with the qualification of a graphic artist. A series of drawings and lithographs «V. I. Lenin and A. M. Gorky», which received an excellent mark. He worked in book and easel graphics using various techniques. Illustrated and designed books for publishing houses: «Children's Literature», «Lenizdat», «Kuibyshev Book Publishing House», «Detgiz». Since 1961, he headed the Kuibyshev House of Folk Art. Member of the Leningrad Union of Artists since 1954. Participant of zonal, republican, all-Union exhibitions since 1953. Family members of V.A. Waltsefer: wife Ksenia Borisovna Izhevskaya (1930–2017) and daughter Yulia Viktorovna Waltsefer (born in 1960), both graduates of the Institute of Fine Arts.

Personal exhibitions of V.A. Waltsefer were held in the State Russian Museum Lecture Hall (1974), in the Rossi Pavilion, State Russian Museum (1975), 1979, 1980. - in the Shop-salon «Leningrad», in the Leningrad branch of the Union of Artists (1984, posthumous exhibition). In the 1950-1970s, V.A. Waltsefer took part in foreign exhibitions: Prints of Soviet Artists, Australia (1961); International exhibition «Young Soviet Artists», Sofia (Bulgaria), an exhibition of Soviet graphics in Florence (Italy) (1962); exhibition of Leningrad prints in Montreal (Canada) (1966); exhibition «Soviet watercolors», Bulgaria, Mexico (1973), etc. In 1976 V. A. Waltsefer took part in the work of the international creative group «Cosmos», organized by the Union of Artists of the USSR in honor of the 15th anniversary of space exploration: executed in drawing portrait of the cosmonaut A. Leonov and in the lithograph Still Life with a Satellite and Apples (1980).

The works of V.A. Waltsefer are distinguished by their sharpness of artistic vision, well-thought-out rigor of the composition, clarity of spatial and plastic solutions, the ability to achieve expressive tonal effects with meager expressive means. 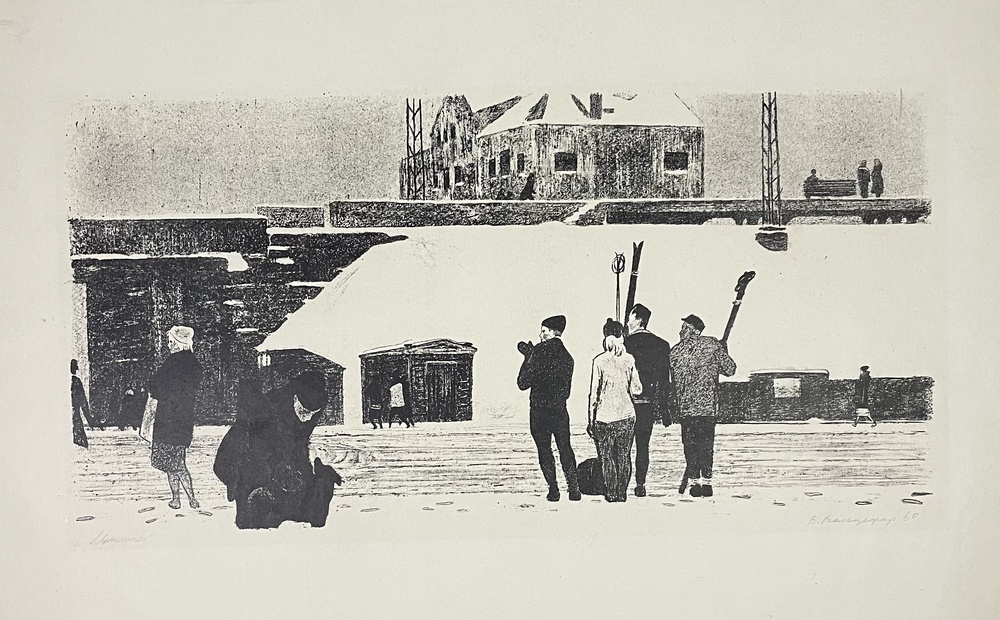 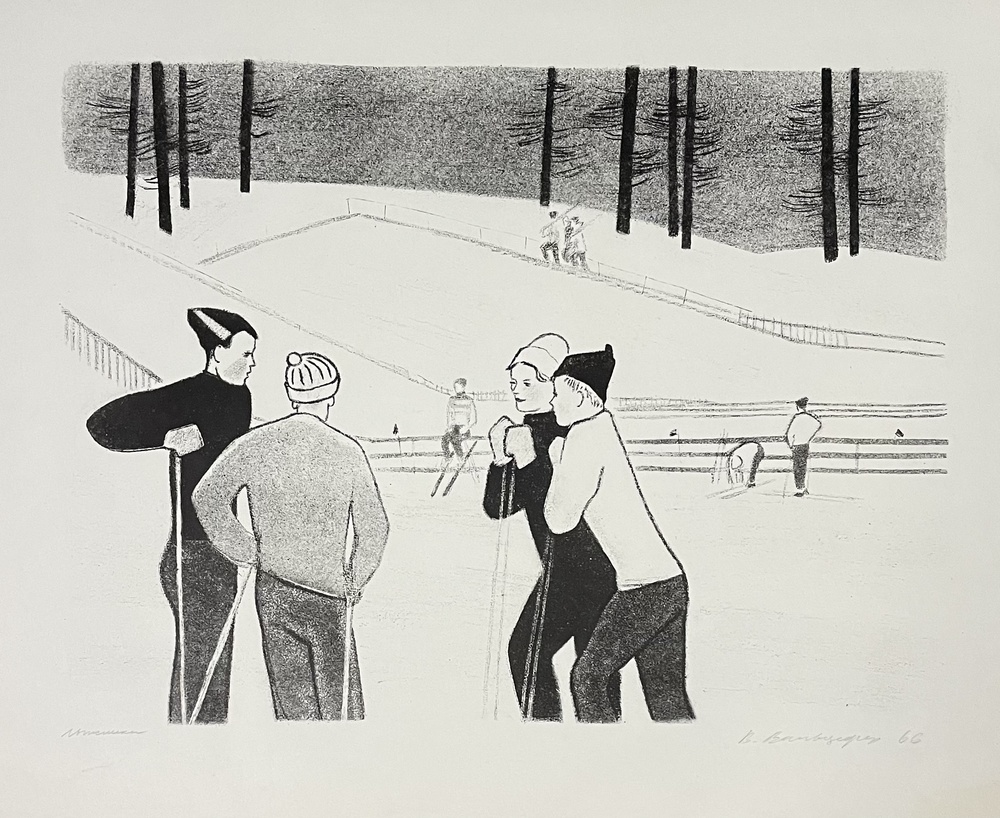 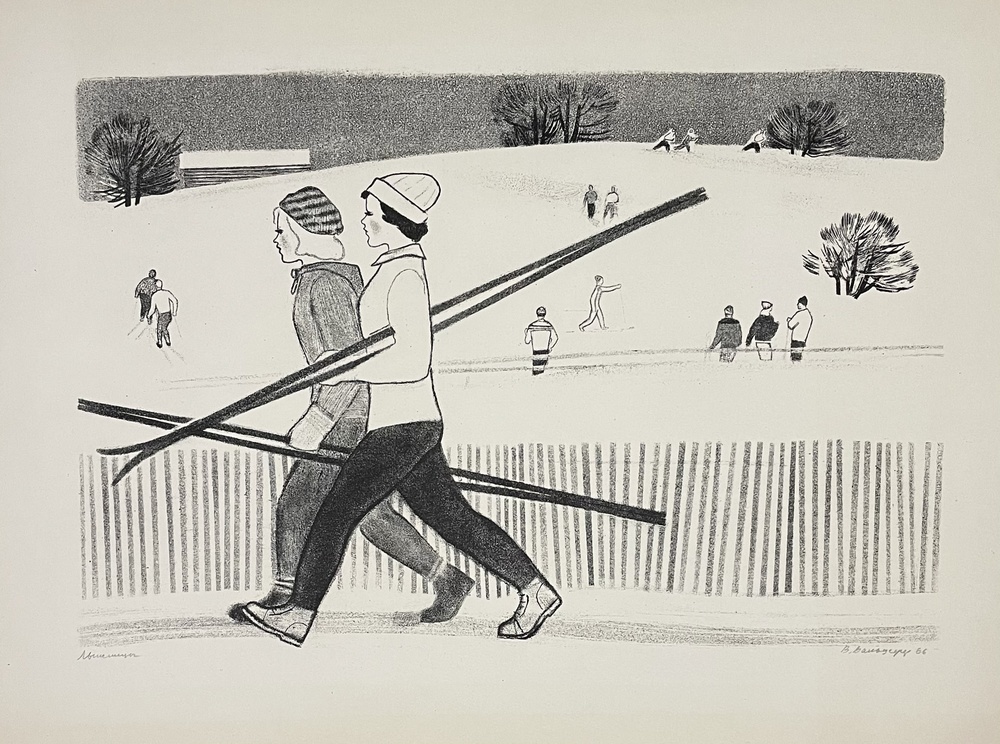 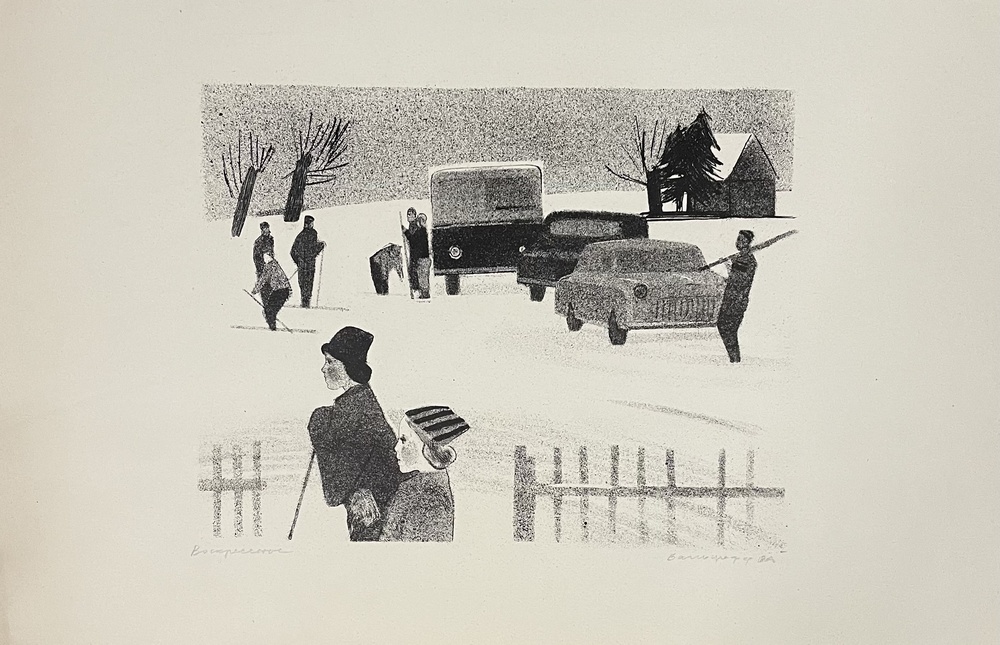 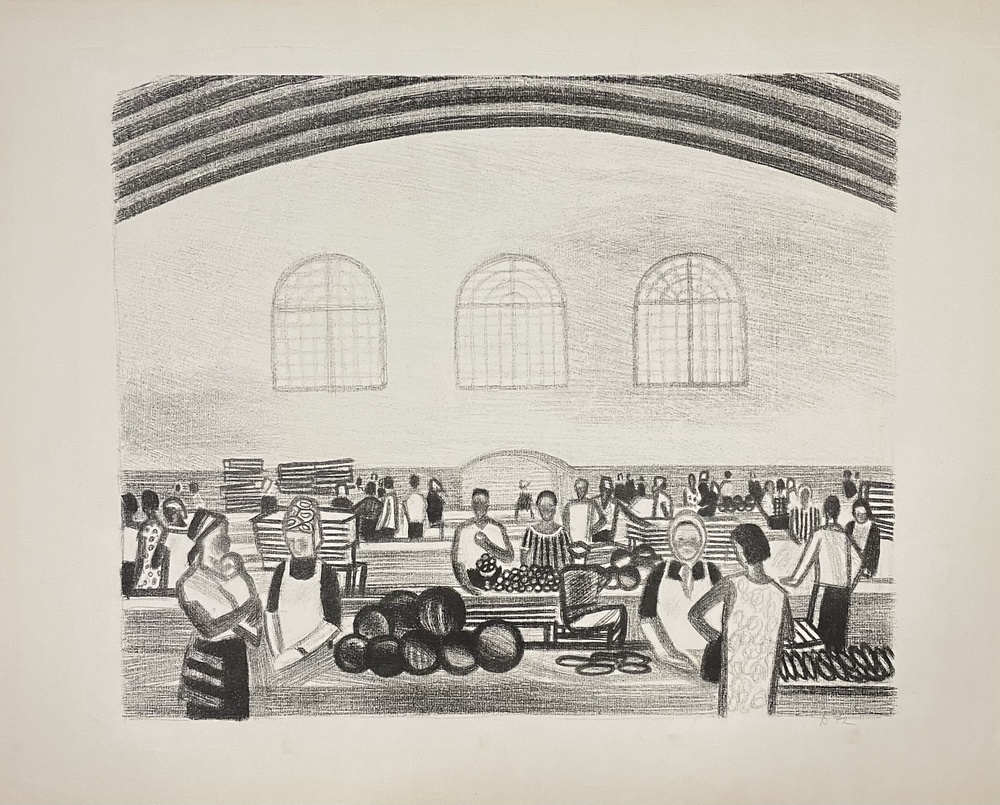 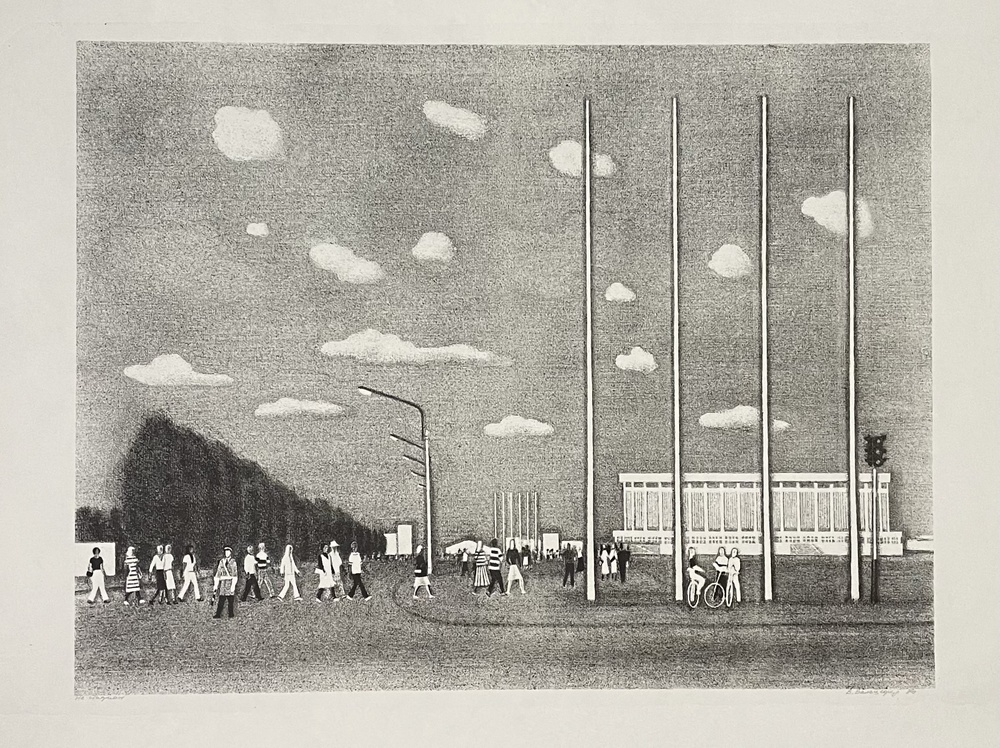 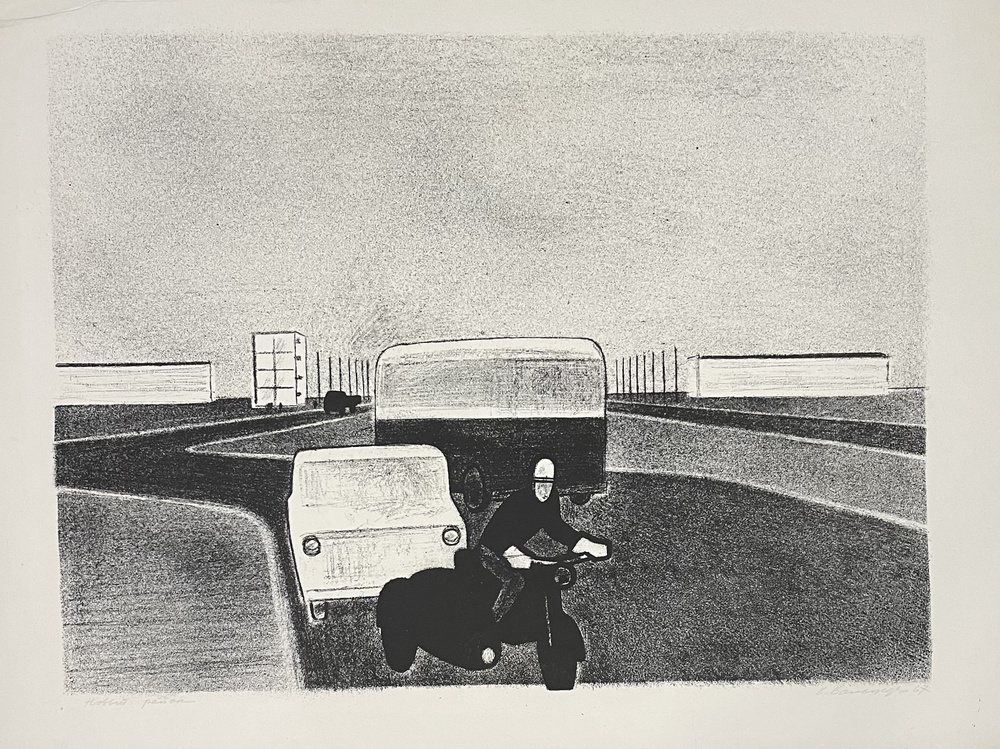 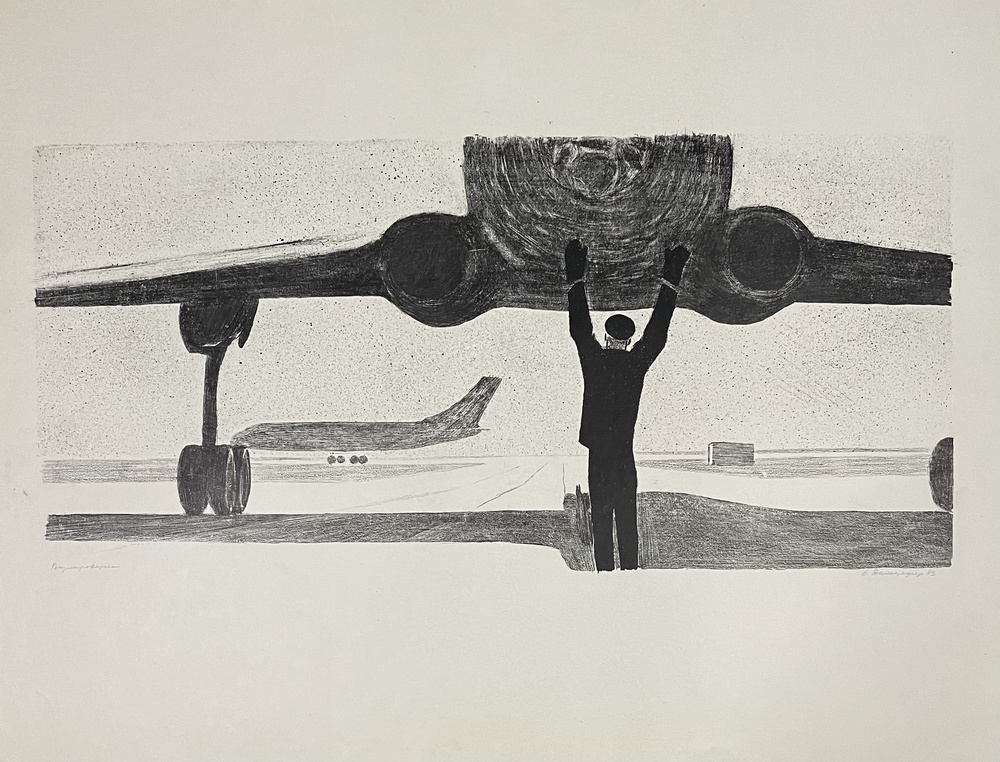 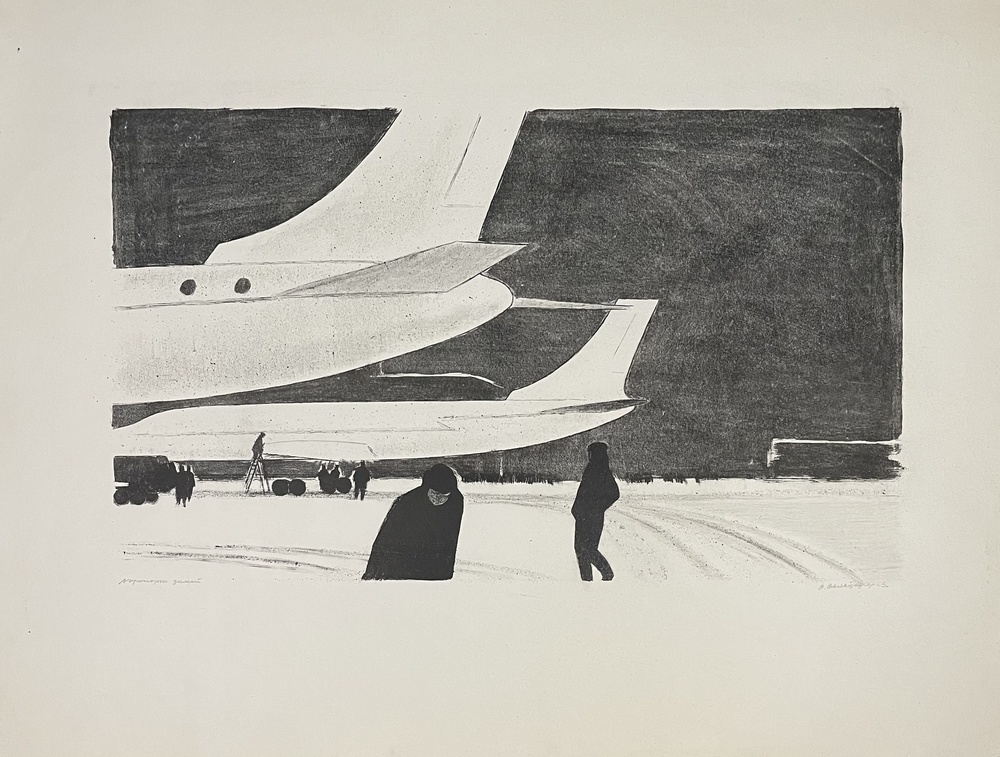 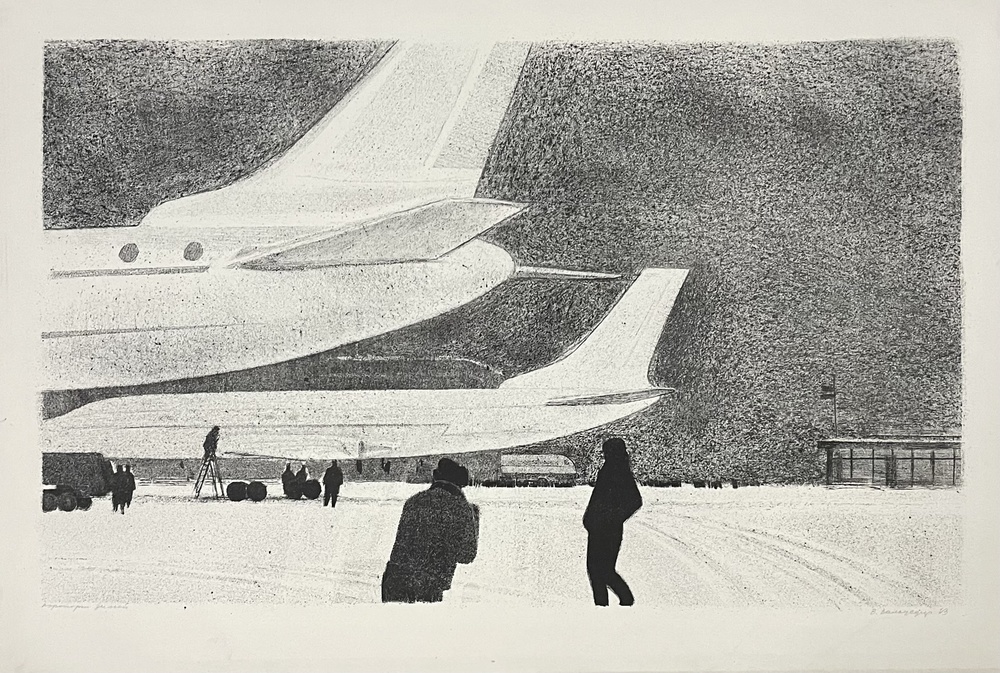 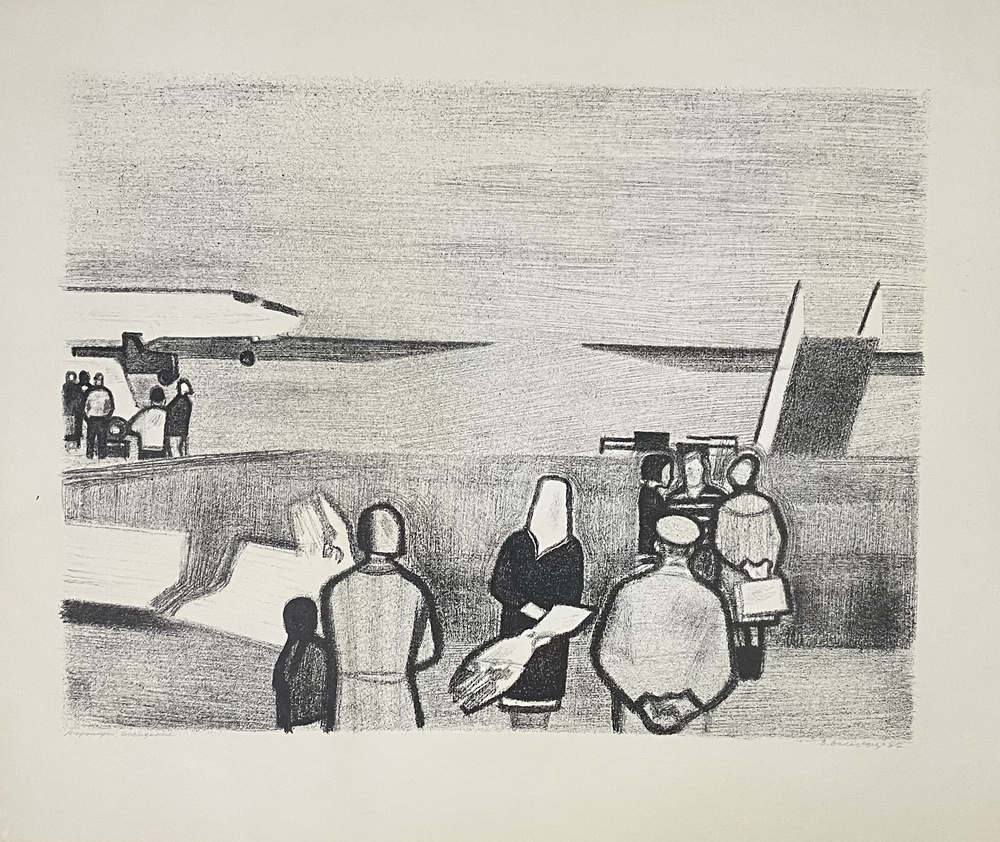 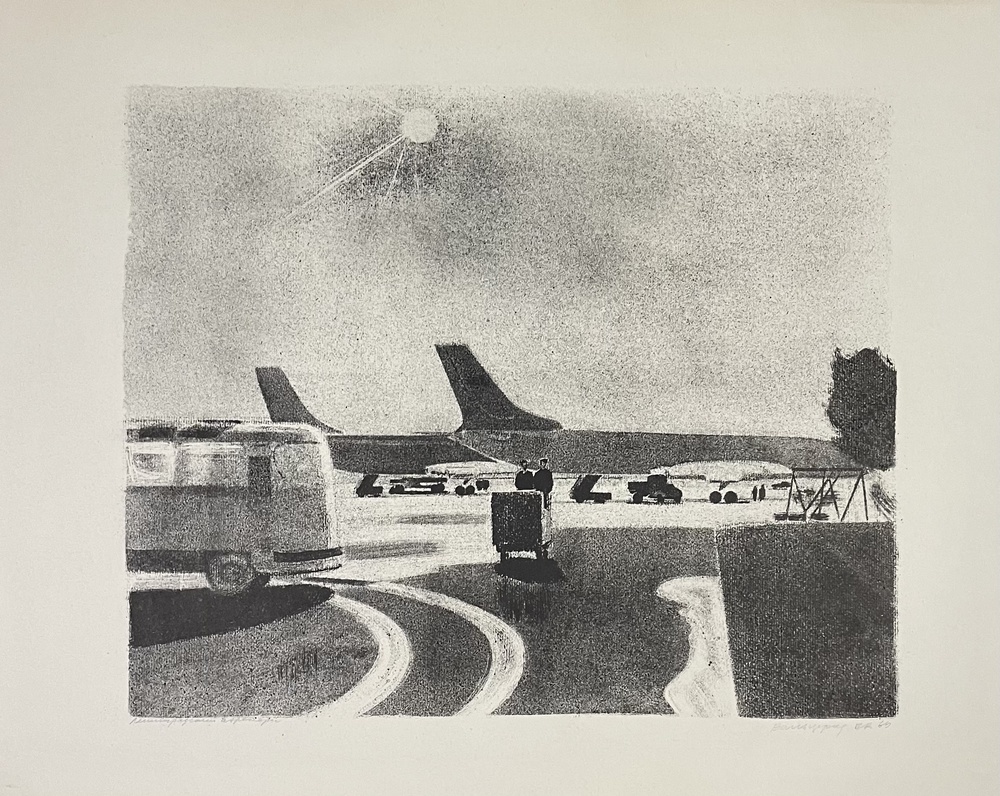 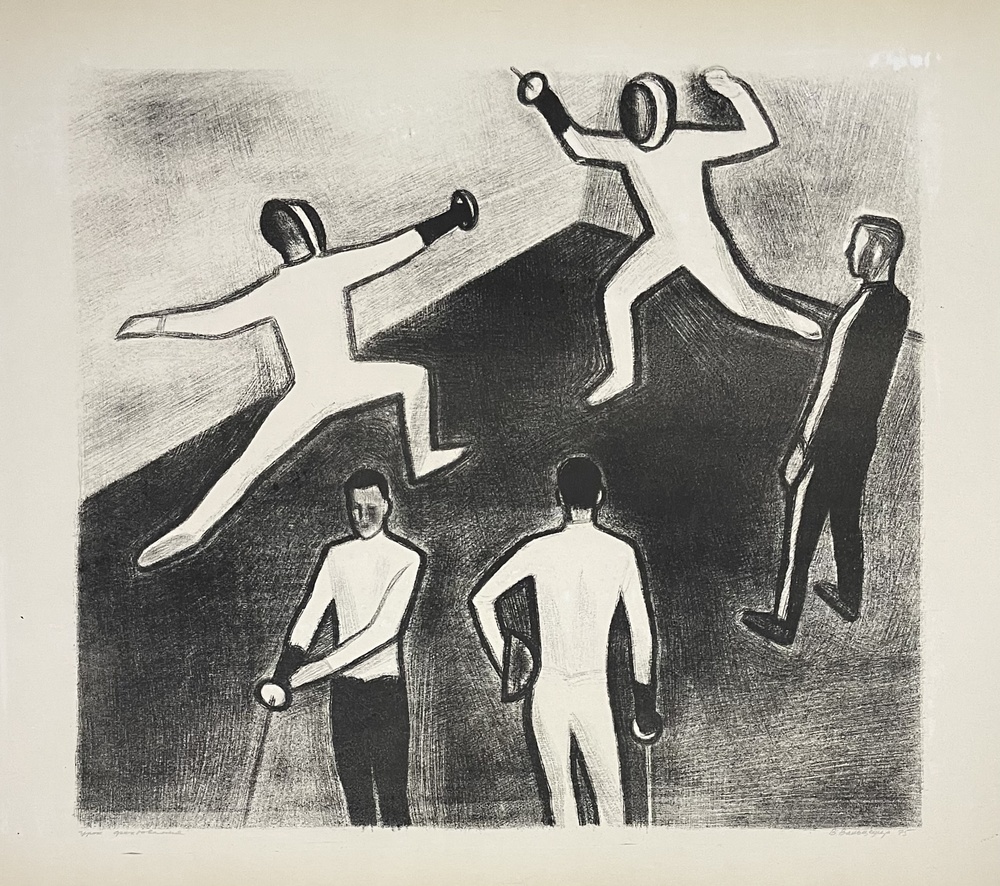 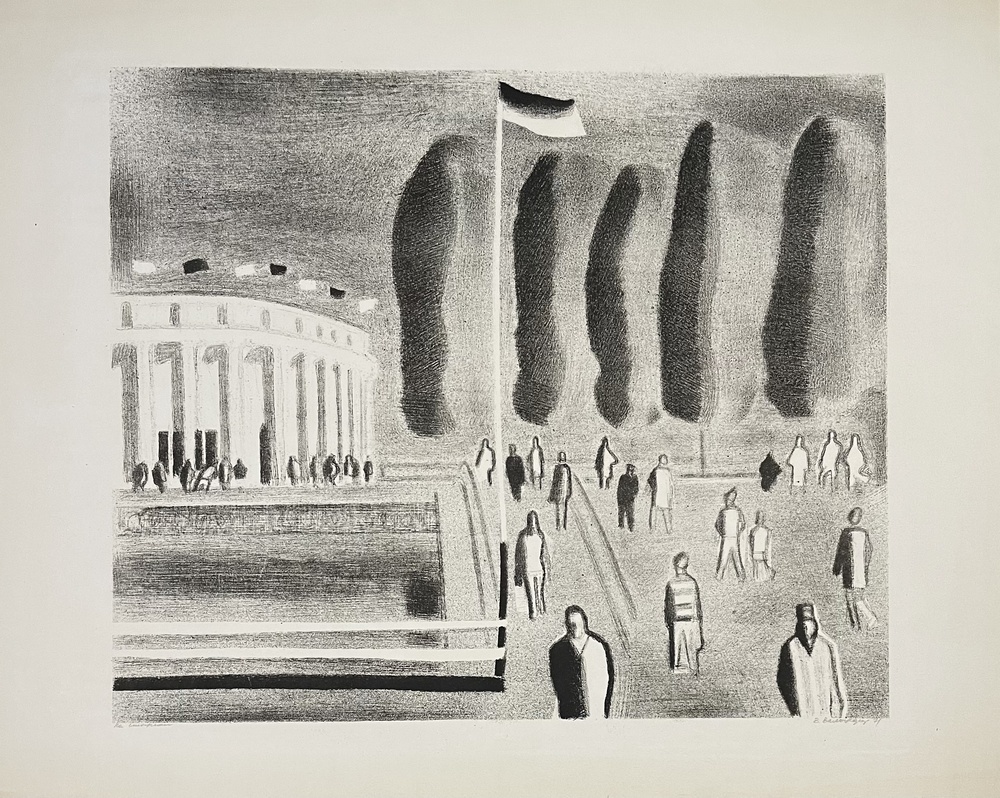 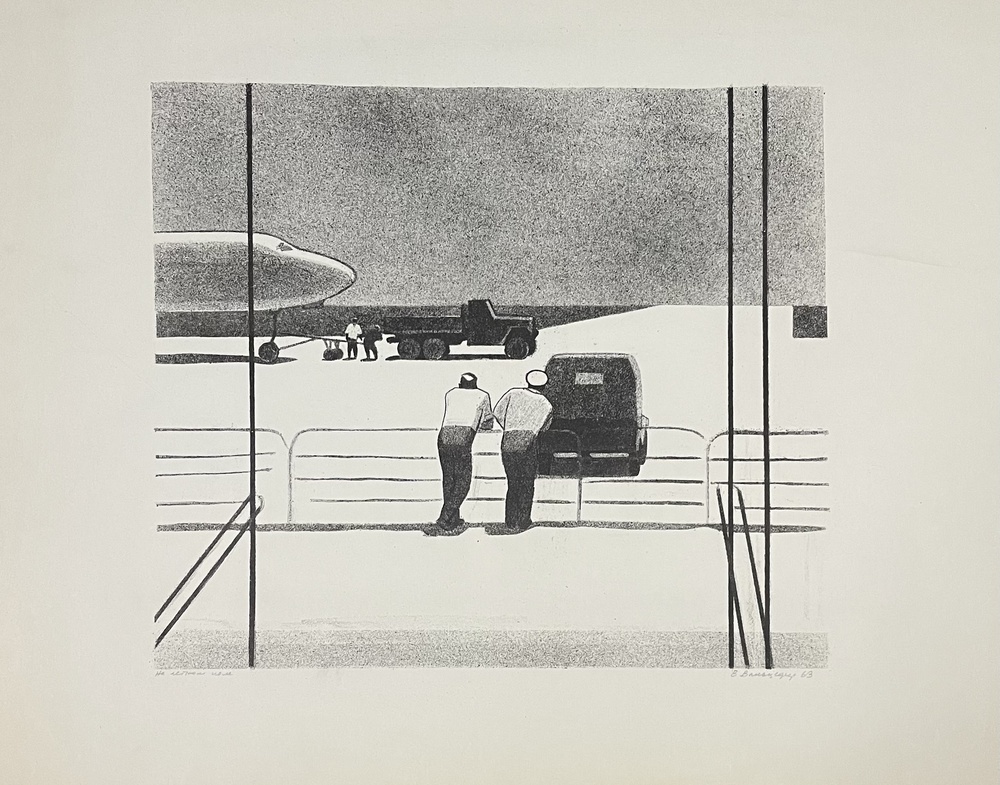 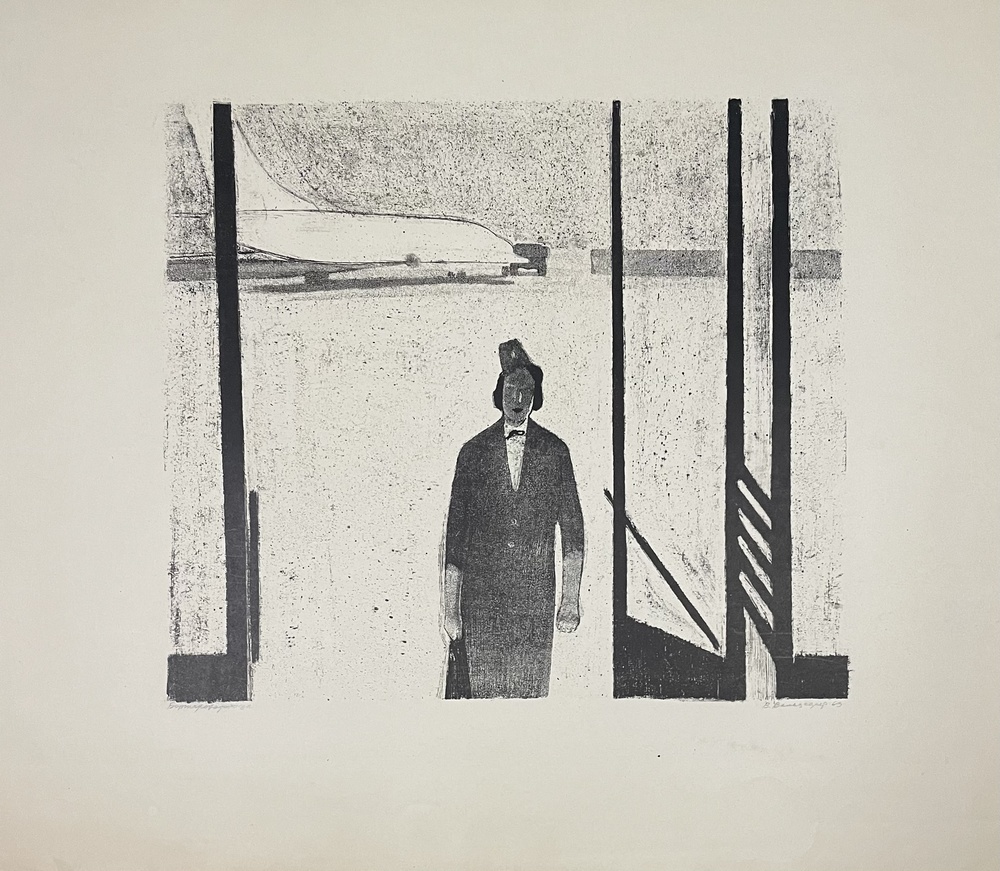 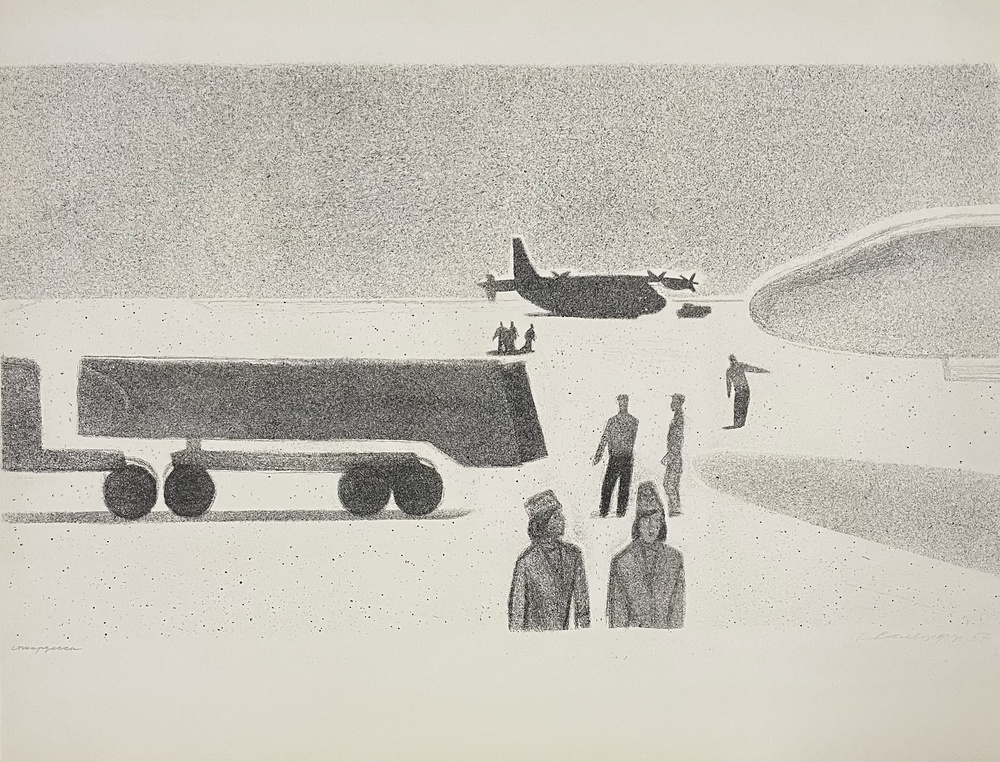 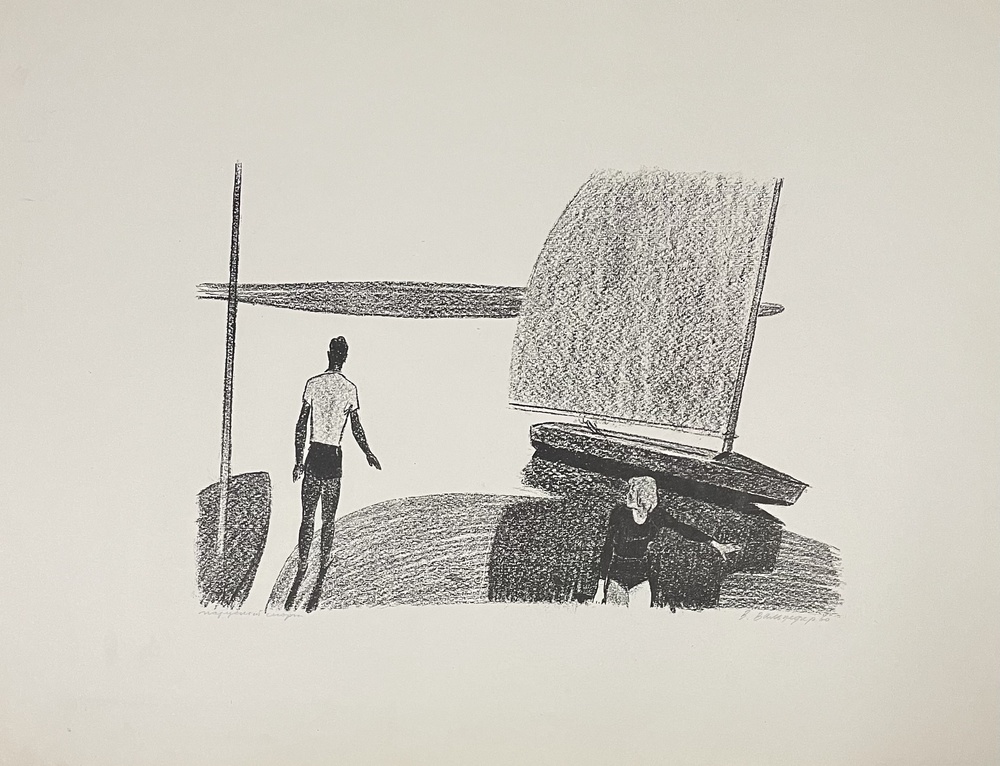 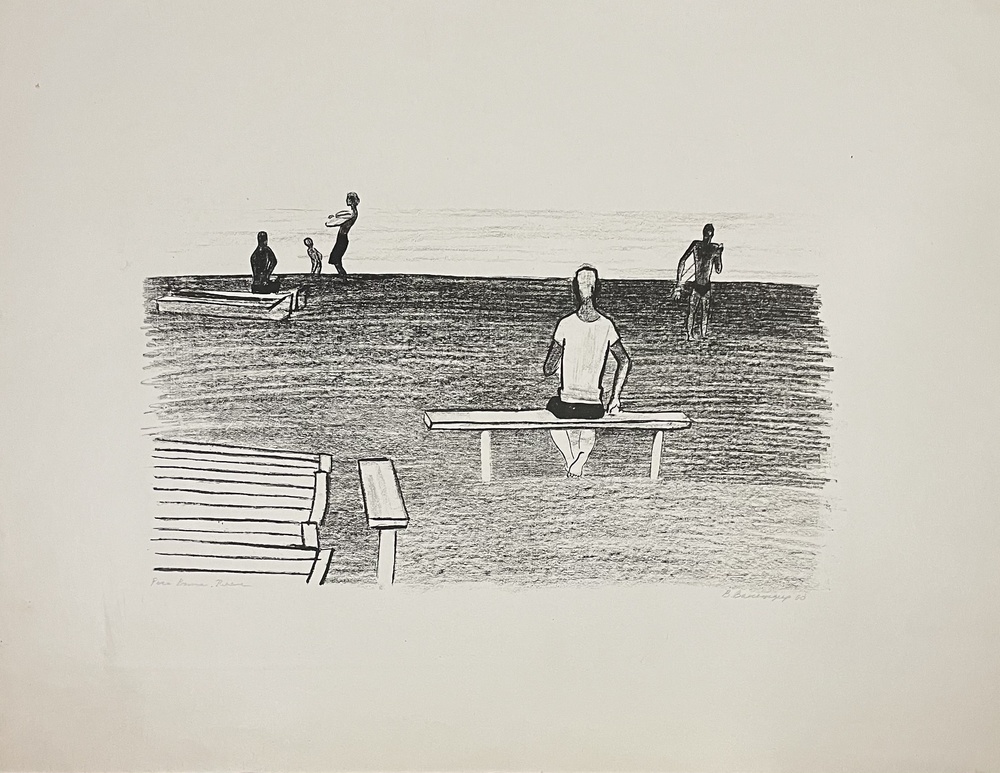 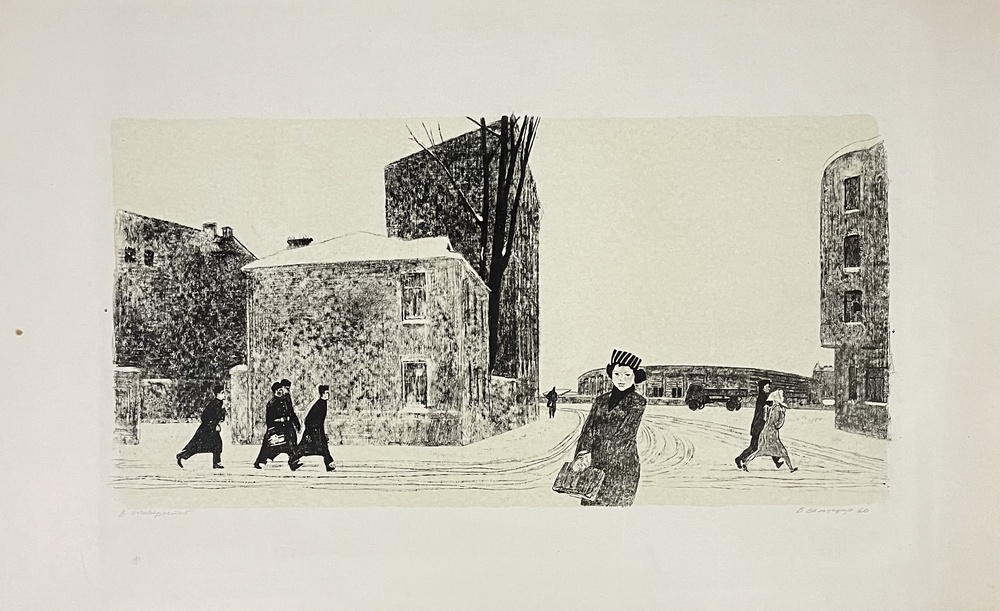 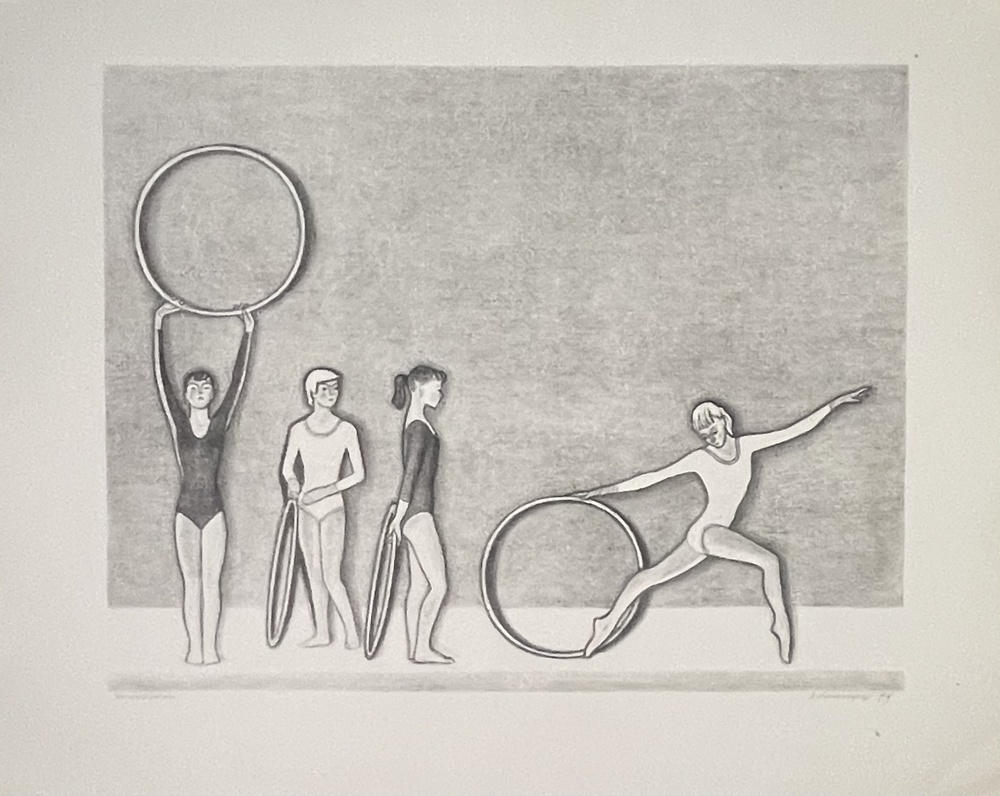 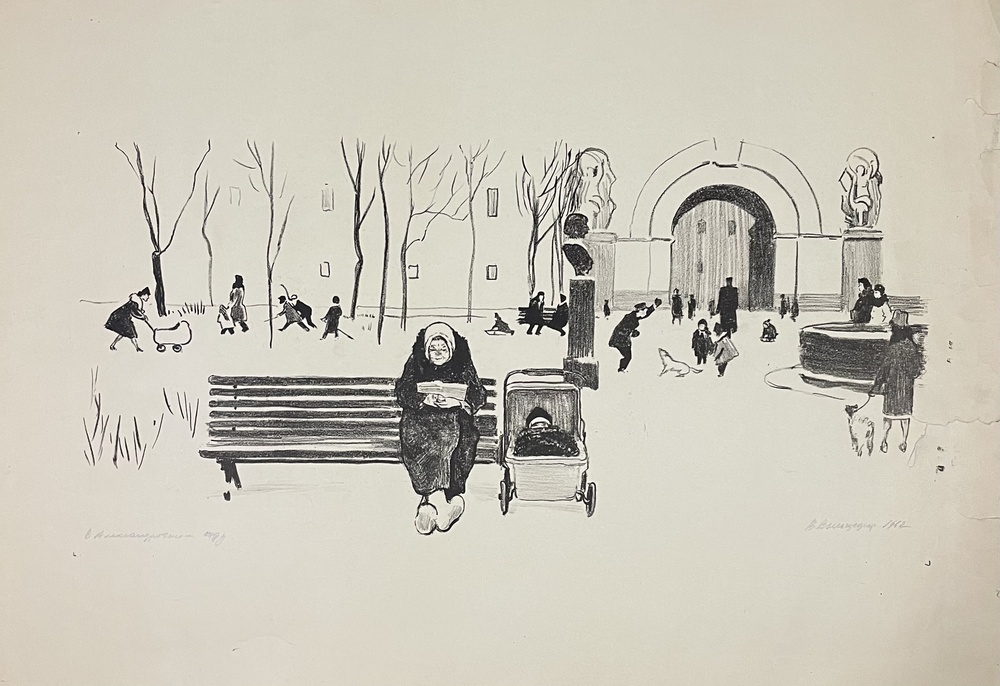 «In the Alexander Garden» 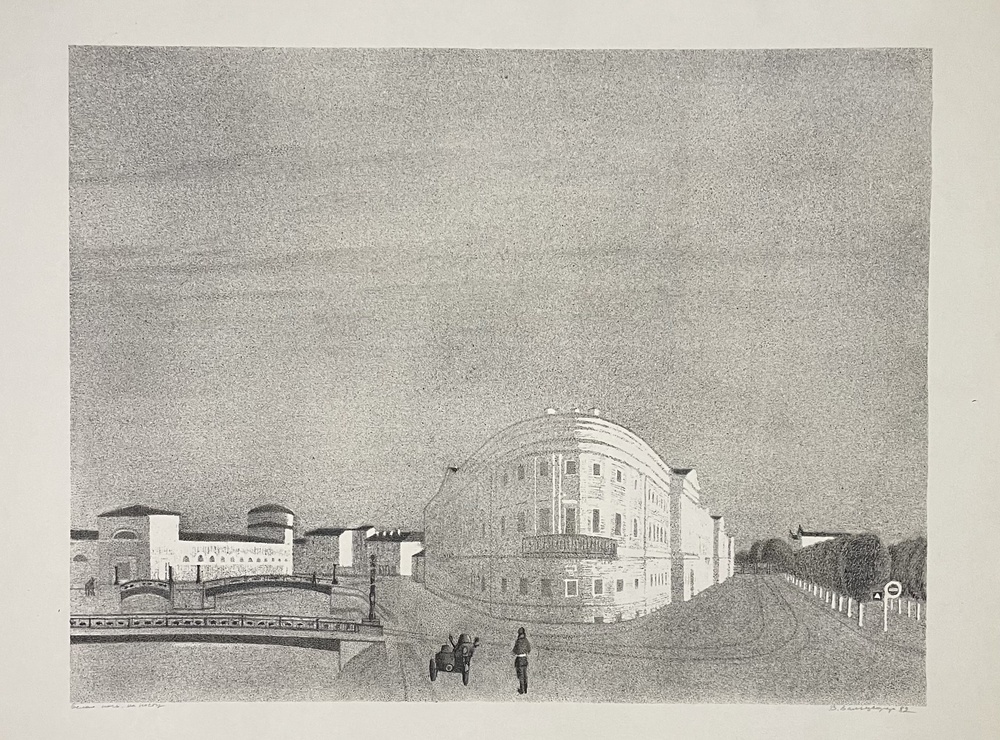 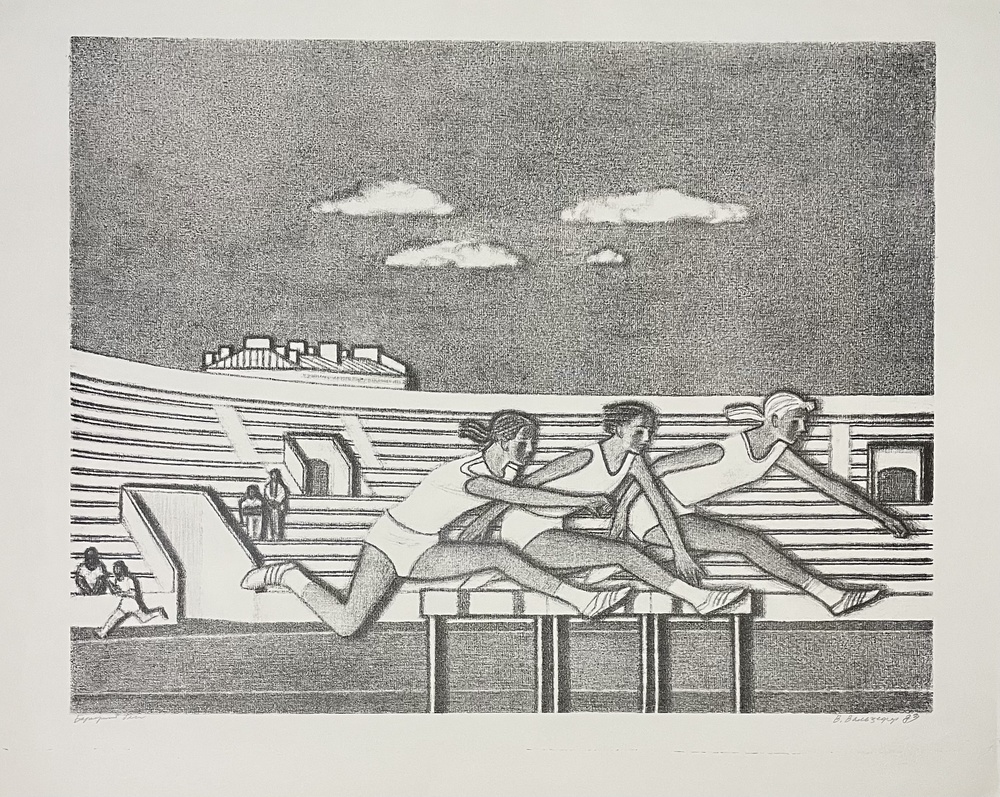