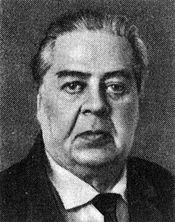 Yuri Alekseevich Vasnetsov (1900-1973) - Soviet artist; painter, graphic artist, stage designer, illustrator. Laureate of the USSR State Prize (1971). Born March 22 (April 4) 1900 in the family of a priest in Vyatka (now Kirov Region). His father served in the cathedral of Vyatka. A distant relative of the artists A. M. Vasnetsov and V. M. Vasnetsov and the folklorist A. M. Vasnetsov. From his youth and throughout his life he was friendly with the artist Yevgeny Charushin, who was born in Vyatka and subsequently lived in St. Petersburg.

In 1919 he graduated from the Secondary School Unified School (the former Vyatka first male gymnasium). In 1921 he moved to Petrograd. He entered the painting faculty of the Higher State Art and Technical Institute, where he studied for five years, with teachers A. E. Karev, A. I. Savinov. Vasnetsov wanted to be a painter and sought to acquire all the skills necessary to work in painting. From the experience of his teachers, Vasnetsov did not adopt anything that would affect him as a painter, with the exception of the influence of M.V. Matyushin, from whom he did not directly study, but was acquainted with him through his friends, artists N. I. Kostrov, V. I. Kurdova, O.P. Vaulin. Through them, he got an idea of ​​Matyushin’s theory, and became acquainted with the “organic” direction in Russian art, which is closest to his natural talent.

In 1926, the course at which the artist studied was graduated without a diploma. In the years 1926-1927. Vasnetsov for some time taught art in the Leningrad school number 33. In 1926-1927. Together with the artist V. I. Kurdov, he continued his studies in painting at the State Institute of Artistic Culture under K. S. Malevich. He was admitted to the department of pictorial culture, led by Malevich. He studied the plasticity of cubism, the properties of various pictorial textures, created «material fittings» - «counter-reliefs». The artist spoke about the time of his work at the State Institute of Artistic Culture as follows: «All the time the development of the eye, form, construction. I liked to achieve materiality, texture of objects, colors. See the color!» Vasnetsov’s work and training with K.S. Malevich lasted about two years; during this time, the artist studied the importance of pictorial textures, the role of contrast in the construction of forms, the laws of plastic space.

In the summer of 1931, together with his Vyatka relative, artist N. I. Kostrov, he made a creative trip to the White Sea in the village of Soroka. Created a series of paintings and graphic works «Karelia». In the thirties, Vasnetsov’s painting achieved high mastery, acquired an original, unique character, not similar to the work of artists close to him. His painting of this time is compared with the works of V. M. Ermolaeva and P. I. Sokolov in the strength and quality of painting, in the organic element of color: «Vasnetsov preserved and increased the achievements of the original national painting culture».

In 1946 he received the title of Honored Artist of the RSFSR. And in the summer of 1946 creates a series of landscapes Sosnovo, in 1947-1948. - Mill Creek, in 1949-1950. Siverskaya, in 1955 - Mereva (near Luga), in 1952 he painted a number of Crimean landscapes, in 1953-1954. writes Estonian landscapes. Since 1959, he annually goes to the cottage in Roshchino, where he writes views of the surroundings. From 1961 until the end of his life he lived in house No. 16 on Pesochnaya embankment in St. Petersburg. In 1966 he received the title of People's Artist of the RSFSR. In 1971, Vasnetsov was awarded the USSR State Prize for two collections of Russian folk tales, songs, and the riddles «Ladushki» and «Rainbow Arc». In the same year, the cartoon «Terem-Teremok» was shot based on his drawings. Picturesque works of 1960-1970. - mainly landscapes and still lifes («Still Life with Willow», «Flowering Meadow», «Roshchino. Cinema «Change»»).

Throughout his life, Vasnetsov worked in painting, but because of accusations of formalism, he did not exhibit his works. They were presented at exhibitions only after his death. He died on May 3, 1973. He was buried in St. Petersburg at the Theological Cemetery. 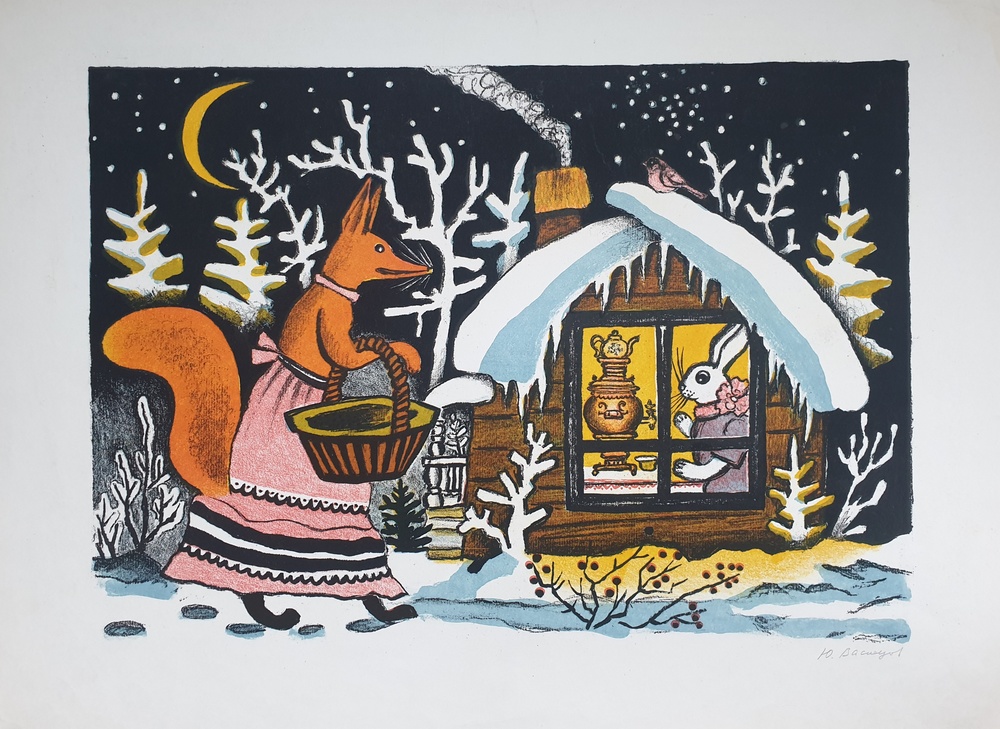