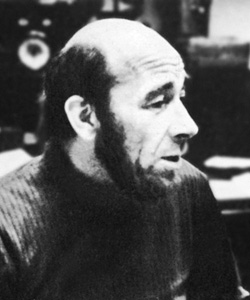 Valery Vladimirovich Vatenin was born on January 27, 1933 in Leningrad on Petr Lavrov Street (now Furshtatskaya) and, as N. Vatenin writes, the artist's widow and his biographer, spent his whole life here, except for several war years. After the beginning of the Great Patriotic War, he was evacuated with school No. 203 to the Shabalinsky district of the Kirov (Vyatka) region, from where he returned to Leningrad in 1945.

In 1947, Vatenin entered the Leningrad Art and Pedagogical School (now named after N. Roerich), which he graduated in 1952. Thesis - «A. F. Mozhaisky - the creator of the world's first airplane». In 1953, Vatenin entered the first year of the painting faculty of the Leningrad Institute of Painting, Sculpture and Architecture named after I.E.Repin. Studied with Valery Pimenov, Leonid Khudyakov, Alexander Zaitsev. For summer practice he leaves for Gorny Altai (1956, leader P.T.Fomin) and Central Asia (1957, leader N.I. Andretsov). In 1959 he graduated from the Institute in the workshop of Professor Boris Ioganson with the qualification of a painting artist. Thesis - painting «On the balcony».

Since 1959 he participated in exhibitions, exhibiting his works together with the works of the leading masters of the fine arts of Leningrad. He painted portraits, genre and complex compositions, still lifes, city landscapes. He worked in the technique of oil and tempera painting, watercolors and pencil drawing, collage. He was engaged in easel and monumental painting. In 1965 he became a member of the Leningrad organization of the Union of Artists of the RSFSR. In Vatenin's paintings, reality coexisted with fiction. Portrait, landscape, still life lost their canonical genre boundaries and appeared as paintings-reflections on life in its complex spatio-temporal metamorphoses. He made trips to Staraya and Novaya Ladoga, Pskov, Novgorod, Kashira, Vladimir, Suzdal, Alupka, Gorny Altai, worked at D. N. Kardovsky's creative dacha in Pereslavl. He visited Poland, Czechoslovakia, Italy.

In 1965-1973 Vatenin taught at the Department of General Painting of the Leningrad Higher School of Industrial Art named after V. I. Mukhina. Personal exhibitions of the artist's works were shown in 1985 in Leningrad at the Exhibition Center of the Leningrad Union of Artists of the RSFSR and in 1990 in Moscow. In 1972 he teamed up with other artists in the Group of Eleven, which together with him included Zaven Arshakuni, Yaroslav Krestovsky, German Egoshin, Vitaly Tyulenev, Boris Shamanov, Victor Teterin, Valentina Rakhina, Evgenia Antipova, Leonid Tkachenko, Konstantin Simun; participated with everyone in 1972 and 1976. in two general exhibitions of the group, held in the exhibition hall of the Union of Artists of Russia on Okhta.

He died on July 16, 1977 as a result of a road accident in Leningrad at the age of 45. V.V. Vatenin's works are in the State Russian Museum, the State Tretyakov Gallery, in numerous museums and private collections in Russia, Japan, Italy, France and other countries. There are well-known pictorial, graphic and sculptural portraits of V. Vatenin, executed in different years by Leningrad artists, including V. Yantarev, I. Broido, I. Venkova (all 1971). 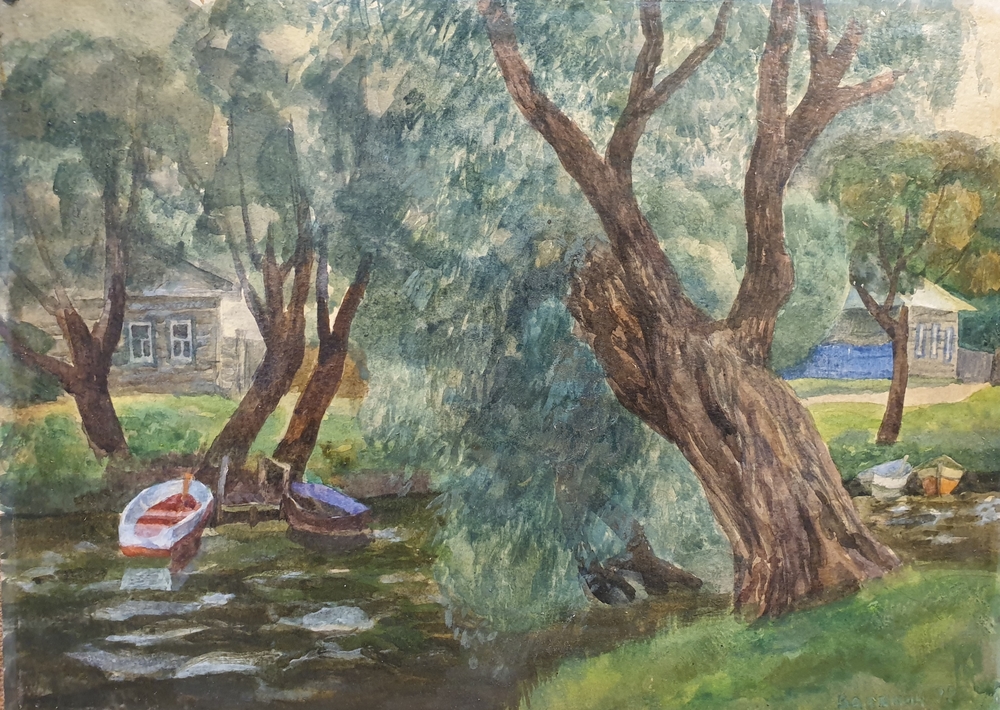 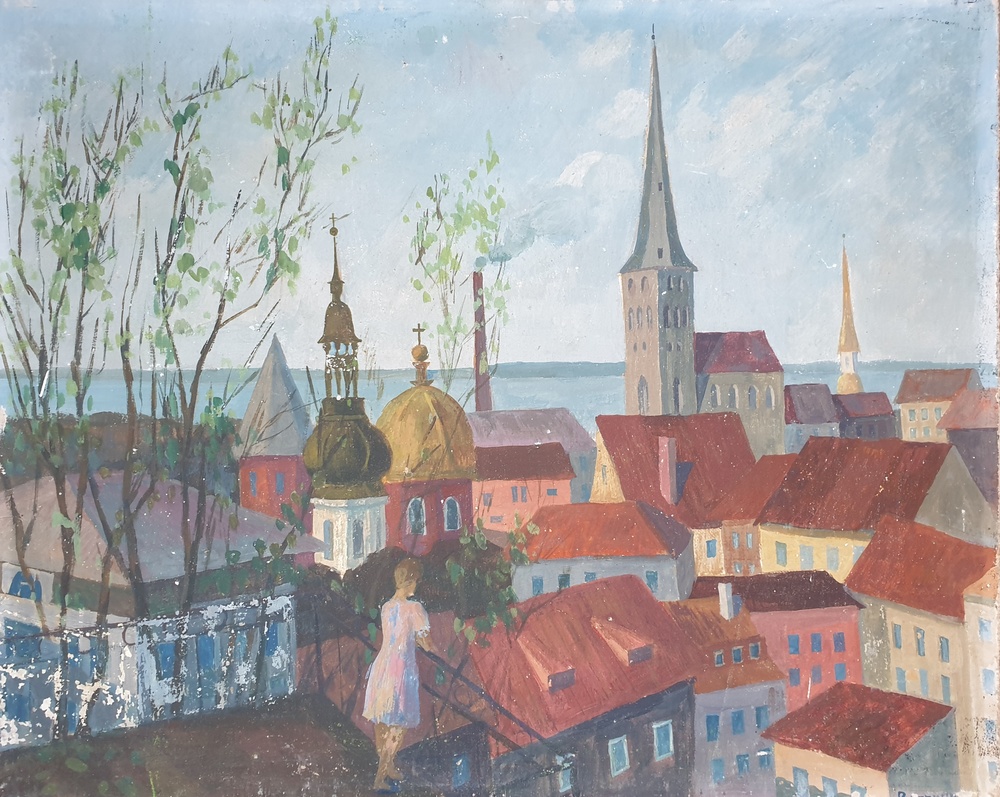