Until 1969, he studied here under the experimental program of the Moscow State Art Institute named after V.I.Surikov and the Nizhny Novgorod Pedagogical Institute. The beginning of creative work in 1965. He works in graphics and painting in the genres of portrait and figurative composition, the themes of his works are the life of the peoples of Russia, history, mysticism, space, subjects on a philosophical and religious theme, the current public movement «Peace Marches». Since 1996, he has been a teacher of Orthodox icon painting at the Brahe High School on Visengse Island in Sweden. Participant of exhibitions: All-Union Exhibition of Drawing (1976), Republican Youth Exhibition (1976), All-Union exhibitions - «60 years of October» (1977), «Always on the lookout» (1977), International Biennials in Berlin (1979), Venice (1980), Geneva (1998), all-union exhibition «40 years of the Great Victory» (1985), zonal exhibitions «Moscow region» (1980, 1984, 1990), regional exhibition «50 years of the Moscow regional branch of Soviet artists of the USSR» (1996), all-union exhibition of drawings ( 1976), All-Russian art exhibition «To Your Name» (2000). Personal exhibitions in Yugoslavia, USA, Hungary, Sweden. Major works: a cycle of works on the theme «Marches of Peace», a series of works on the theme «Science and Space», color etchings «The Temple of St. Nicholas Mozhaisky» and «The Temple of St. Joachim and Anna», a series of etchings «Science for the Village», «At the beginning space age».

In 1993, the artist created a monument to military glory at the Russian cemetery on Visengse Island (Sweden). Has awards: Medal of the Space Center. Yu.A. Gagarin, medal of the All-Union Exhibition of Economic Achievements of the USSR, prize of the Central Committee of the Komsomol, diplomas of the Ministry of Culture of the USSR of the Academy of Arts of the USSR, the Grand Prix and Golden Brush awards (1998).

Works are in the State Tretyakov Gallery, the Krasnoyarsk Art Museum, the Orenburg Art Museum, the Memorial Museum of Cosmonautics in Moscow, the National Aerospace Center in the USA, the National Center for the Arts. J. Pompidou (France), the Smithsonian Institution at the Washington Gallery (USA), as well as in private collections in Yugoslavia, Greece, Sweden, Switzerland, Norway, Denmark, Turkey, India, Emirates, France, Cyprus. Lived and worked in Moscow and the Moscow region. He died on November 17, 2018. 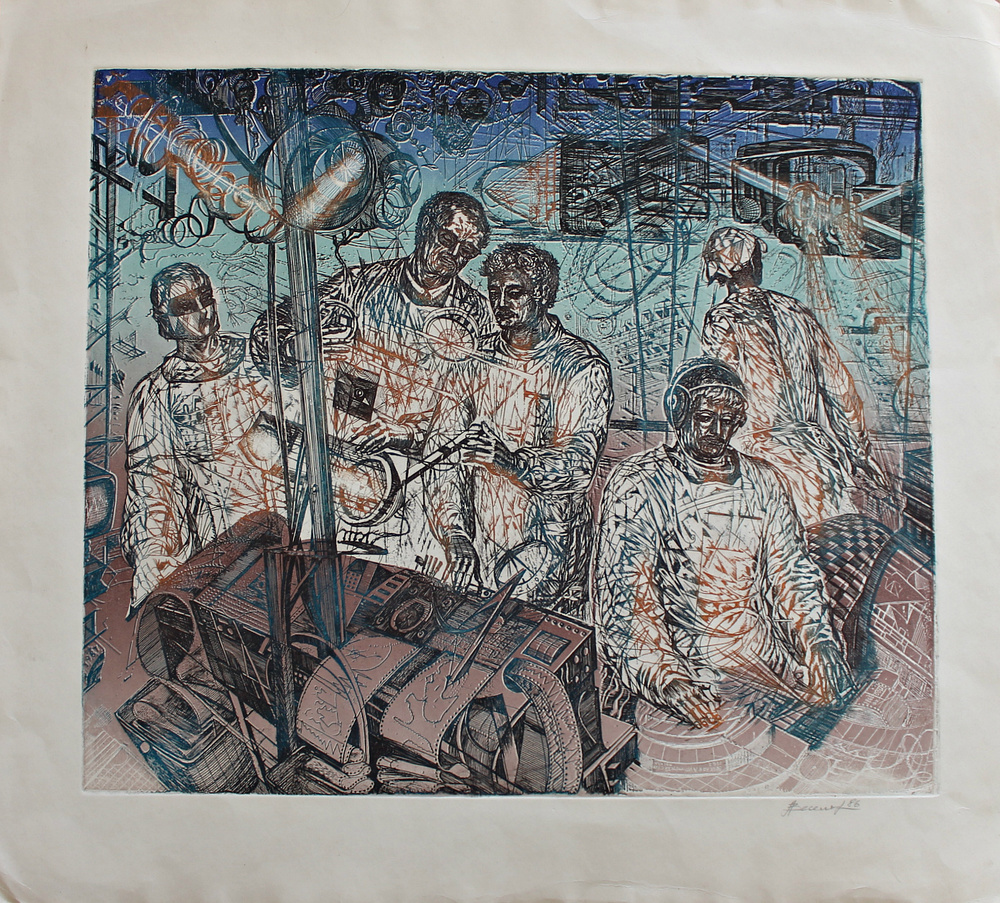 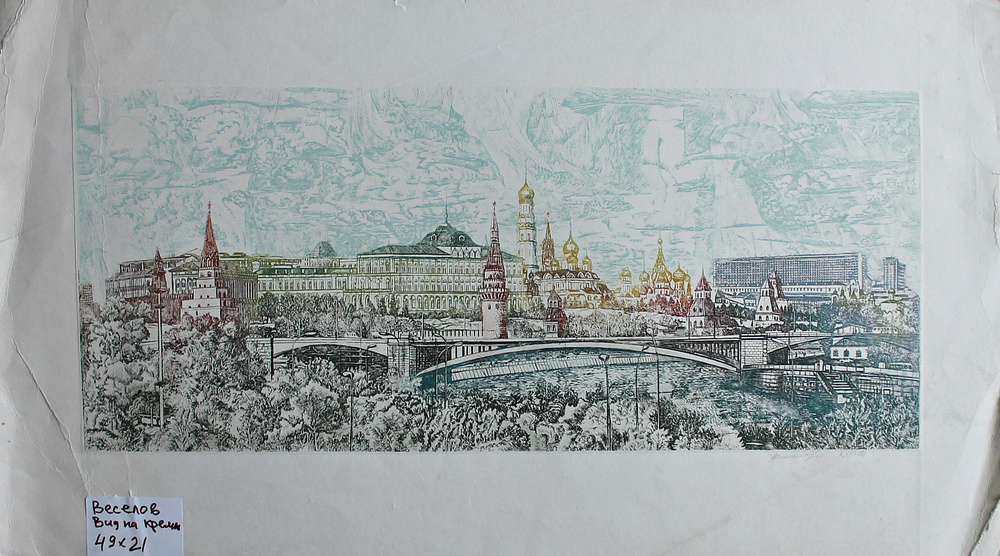