Vetrov Alexander Egorovich (1952) - graphic artist, Member of the Union of Artists of the USSR, Honored Artist of Russia since 2002. Born in the village of Mitino, Krasnogorsk District, Moscow Region. Studied in the Tushinsky district of Moscow at the Studio at the House of Culture «Red October» (1964-1968). Teacher - Valery Tolstonogov. Graduated from the Moscow Art School «1905» (1968-1972, specialty «Industrial Graphics»). Teachers - Yu.G. Sedov, G.I. Korovin.

From 1976 to 1978 he studied at the Moscow Higher School of Industrial Art (formerly Stroganov). The teacher is Karpov. Then he transferred to the Moscow Polygraphic Institute. From 1979 to 1982 he studied at the Moscow Polygraphic Institute, specializing in «Artistic and technical design of printed materials» under teachers V.A. Volkova, Yu.T. Sedova, A. Lepyatsky, N. Goncharova. Thesis «Illustrations for the collection of stories by V. Prishvin «The Seasons»». Since 1982 he worked in publishing houses in Moscow («Young Guard», «Our Contemporary», «Theater Moscow», etc.), designed the covers for the publications of M. Sholokhov, A. Ivanov. The beginning of creative work - since 1977. Since 1979 - participant of art exhibitions in our country and abroad. Since 1984 - a member of the Union of Artists of Russia He carved the first linocuts while still studying at the MOKHU, and made the first etching in 1976. He works in the field of easel and book graphics, prefers the technique of color etching, and is also engaged in painting. Since 1996, the chairman of the «Commonwealth of Graphics of the Moscow Region» at the Moscow regional public organization, the Union of Artists of Russia. 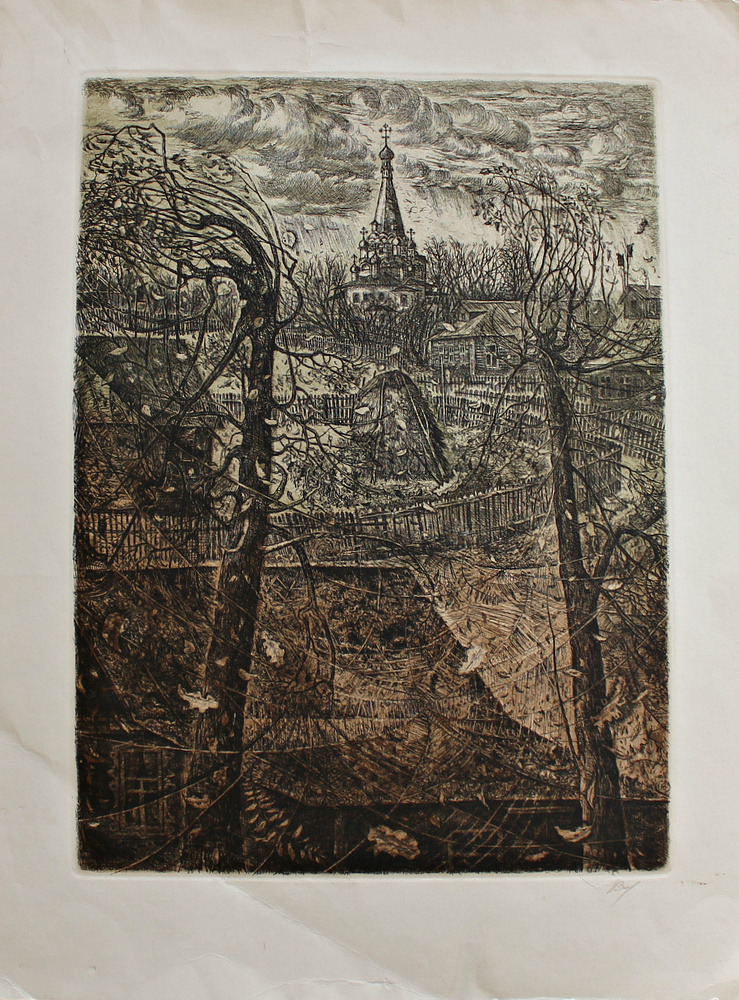 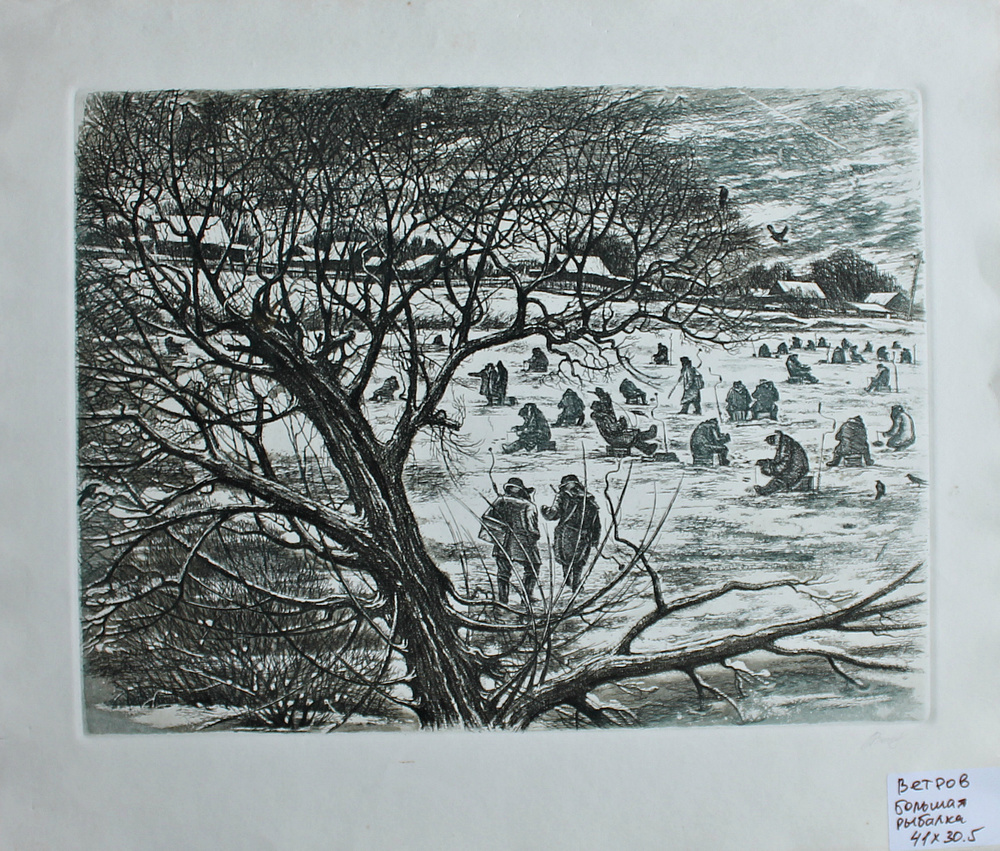 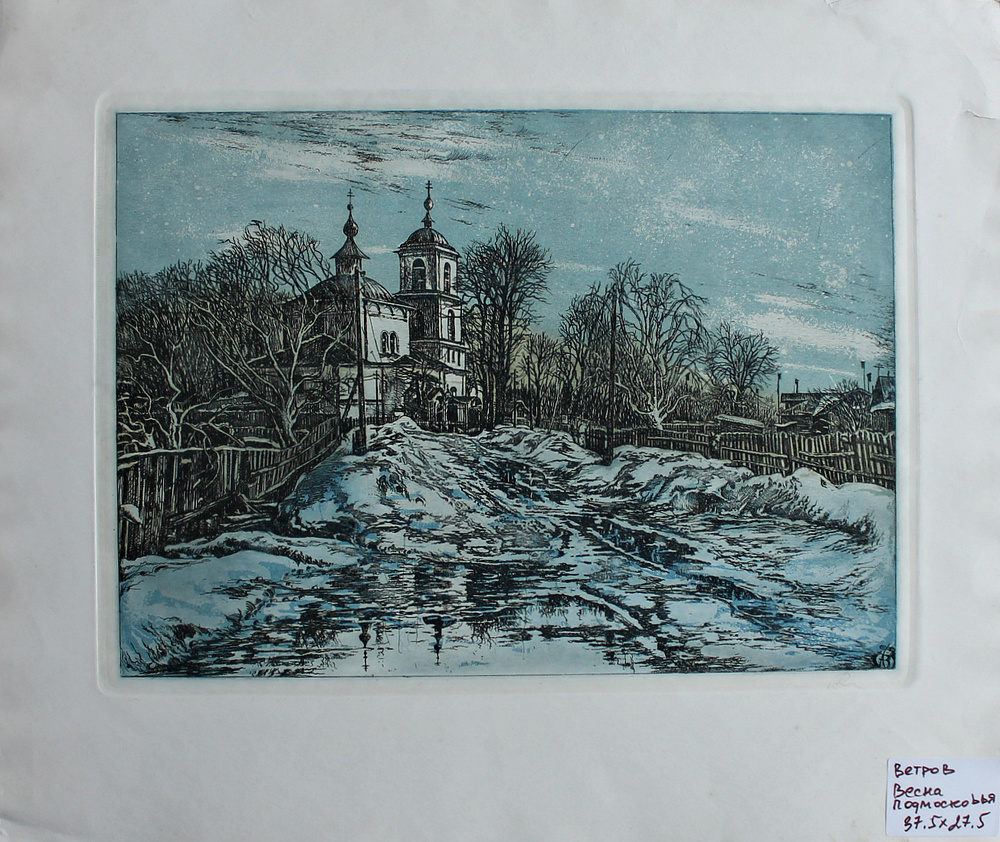 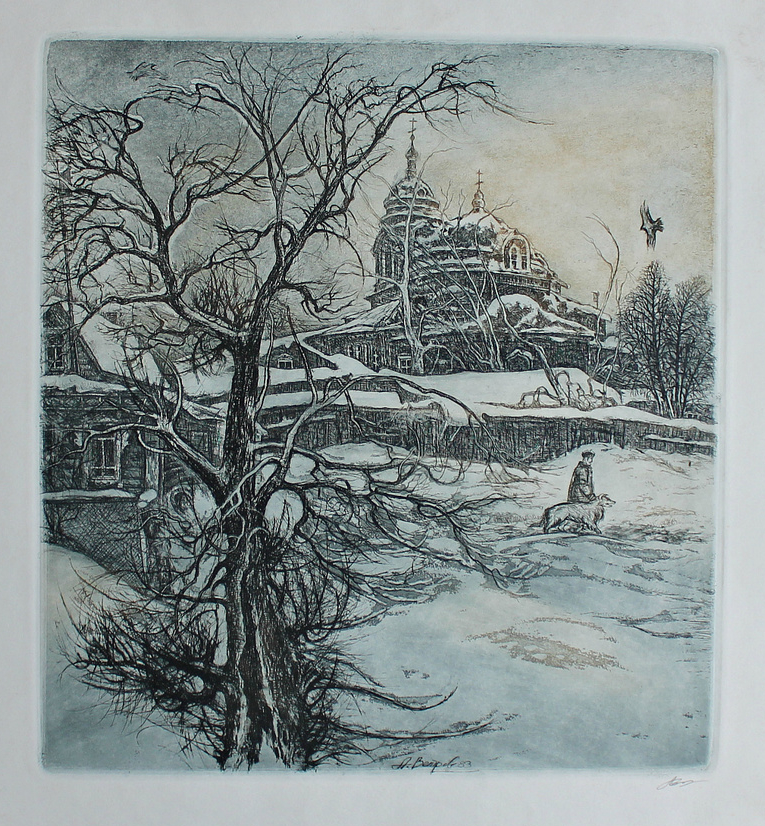 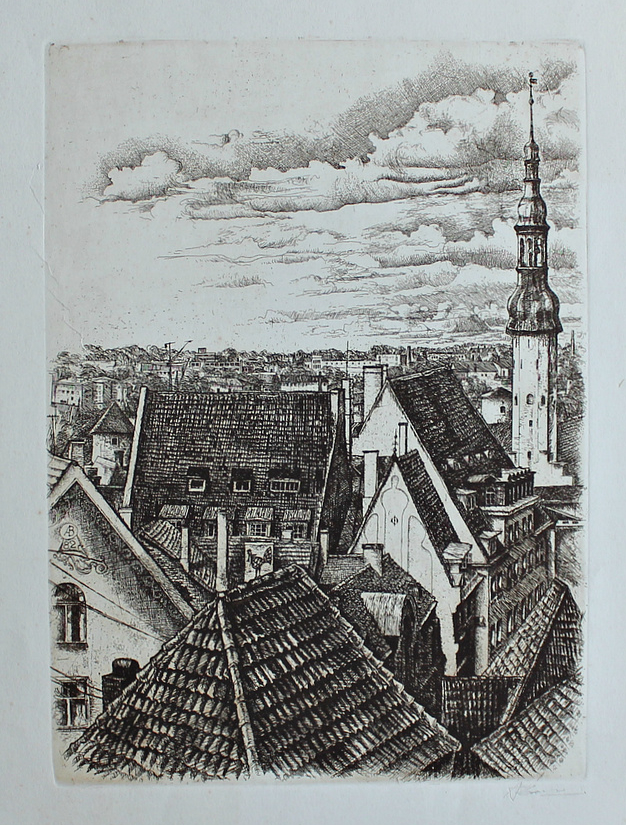 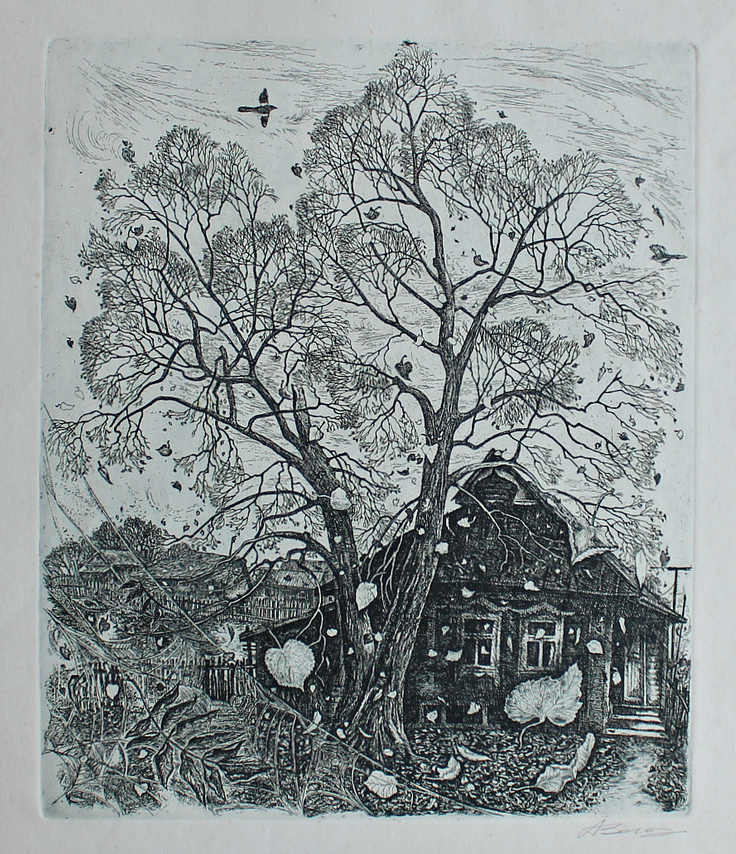 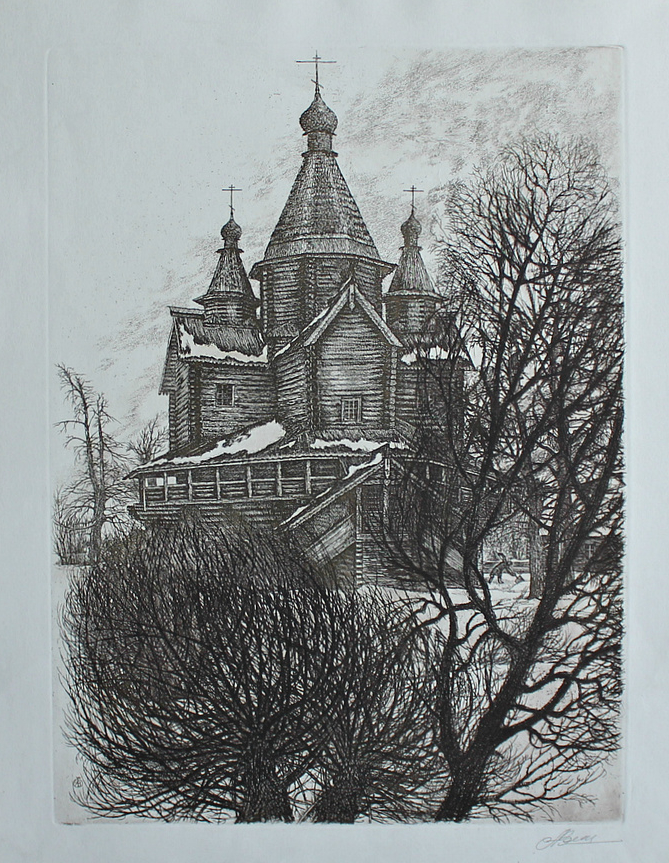 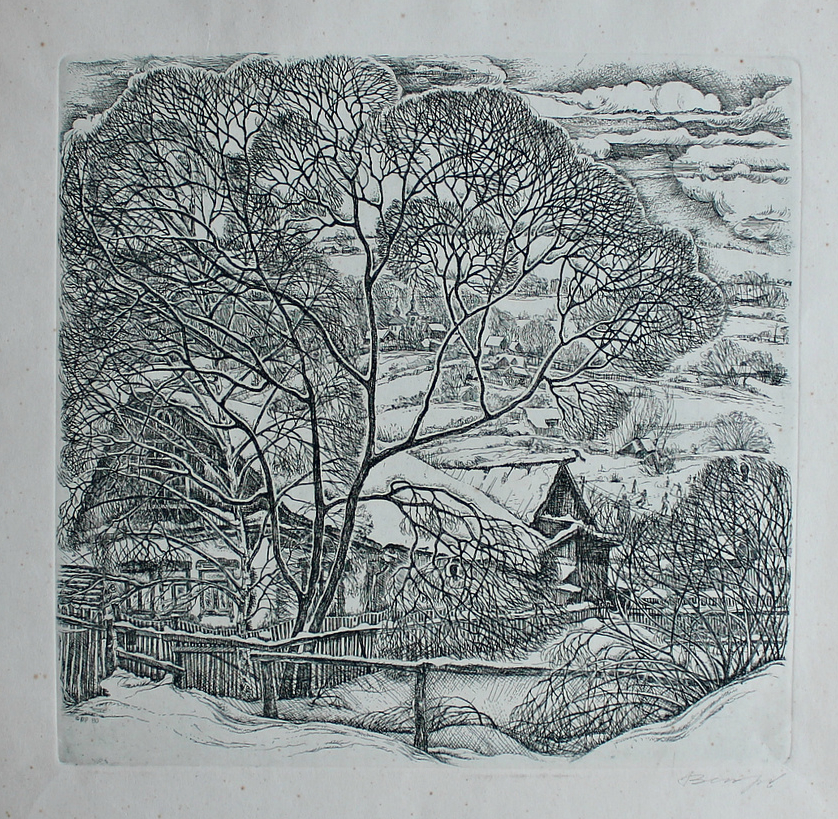 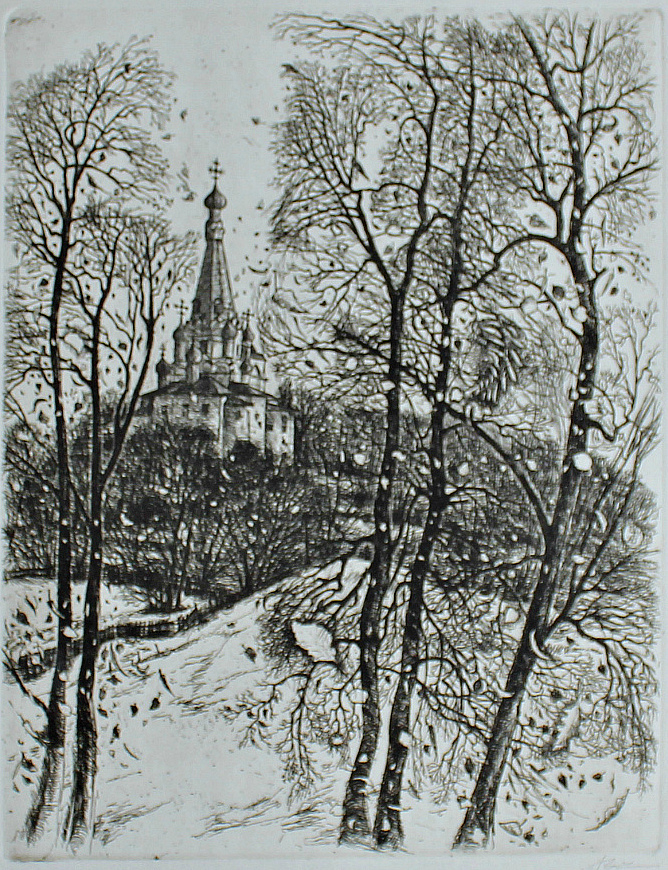