Rudolf Moiseevich Yakhnin was born on May 4, 1938 in Leningrad. He died on August 27, 1997 in St. Petersburg. In 1968 he graduated from the Institute of Painting, Sculpture and Architecture. I. E. Repin (Academy of Fine Arts), Department of Graphic Arts, workshop of book graphics by Professor M. A. Taranov. Member of the Union of Artists of the USSR since 1972. He worked in publishing houses of Leningrad, Moscow and other cities. He designed and illustrated over 50 books, mainly on historical topics.

A great place in the work of R. Yakhnin is occupied by the image of St. Petersburg of the 18th century: the construction of a new capital in the Baltic, the creation of the Russian sailing fleet, the first victorious battles. A particular advantage of the artist was a deep knowledge of historical material, combined with freedom of imagination, liveliness and persuasiveness. The realities of the disappeared life are transferred in the engravings of the master with almost scientific certainty. At the same time, each of his work became a philosophical study of the dramatic relationship of time and matter, mind and the elements.

Among the many authoritative reviews of the master’s work, the assessment of the internationally recognized scientist and public figure Academician Dmitry Sergeyevich Likhachev is of particular importance. In a recent interview with Petersburg Radio, he said: «I can name Rudolf Yakhnin among the first who worthily continues the traditions of the classical school. His works deserve not only European, but also international recognition.»

In graphics, he preferred the technique of linocut, in painting he painted in watercolor and oil (he took up painting at the end of the 80s). Member of many group, city, zonal, republican and all-Union art exhibitions. In St. Petersburg there were 26 of his personal exhibitions, as well as personal exhibitions in other cities: Moscow, Vyborg, Rostov-on-Don, Azov, Taganrog, Tallinn, Sevastopol. He participated in group exhibitions abroad: in Berlin (1980), Stuttgart (1991), Aalborg (Denmark, 1995), Hamburg (1995), Glasgow (1996). Solo exhibitions abroad - in the Netherlands: Wassenaar (1990), Noordwijk (1993); in Israel: Jerusalem (1993); in France: Rochefort (1996); in Germany: Hamburg (1996).

The artist’s works are stored in a number of museums in Russia, including the Naval Museum and the Suvorov Museum in St. Petersburg, as well as in numerous private collections in Russia and other countries. Among them are the Netherlands, Italy, Germany, Israel, the USA, France. 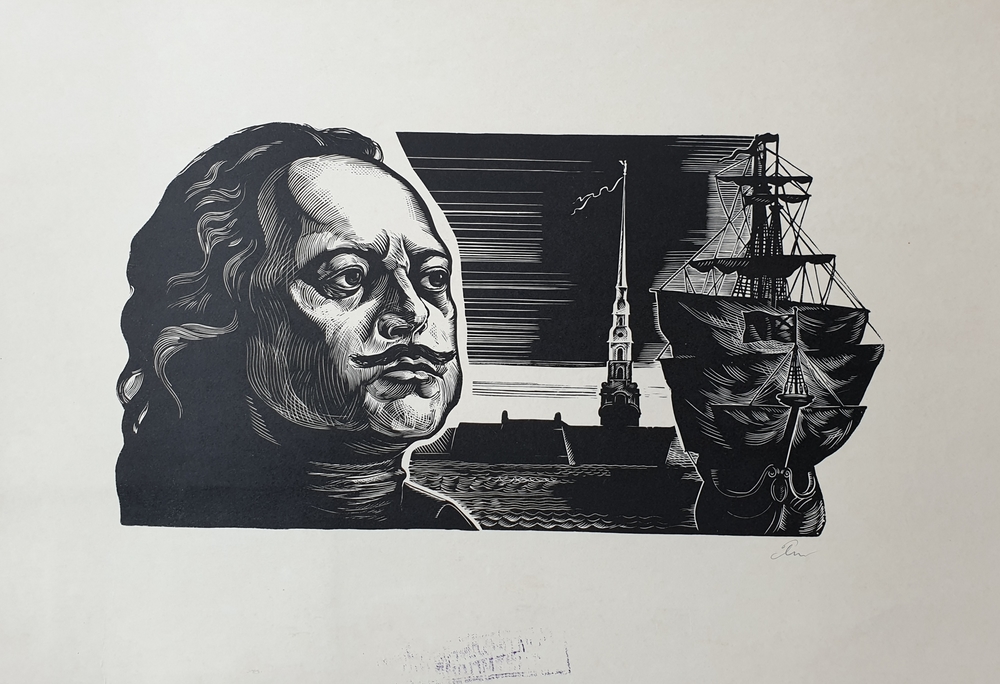 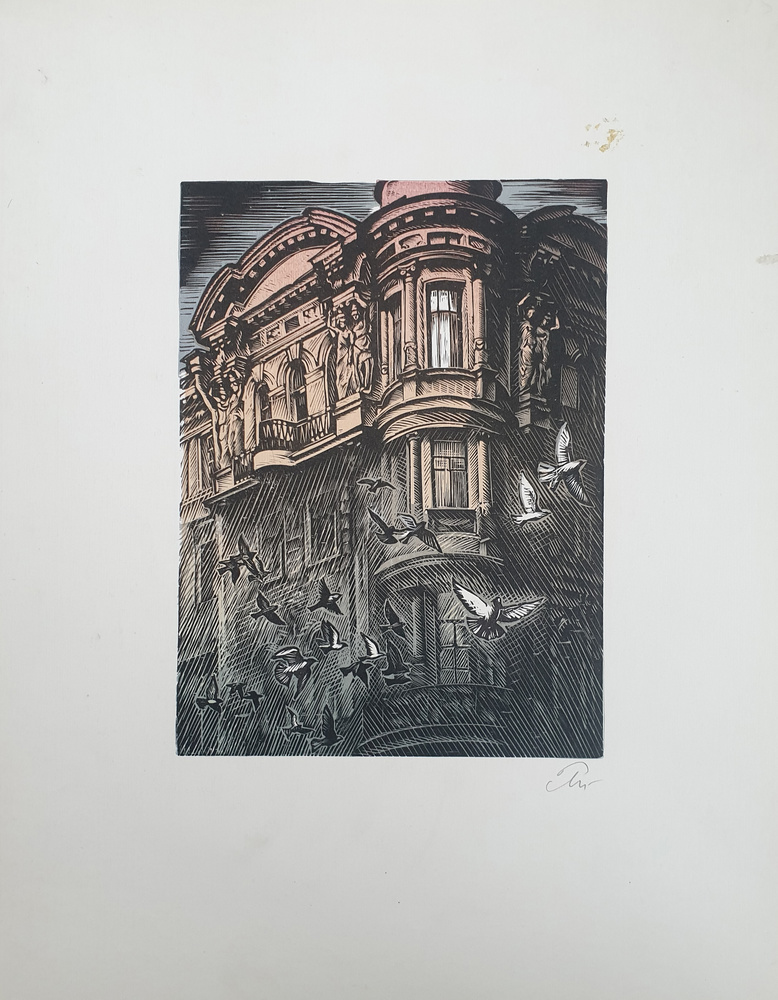 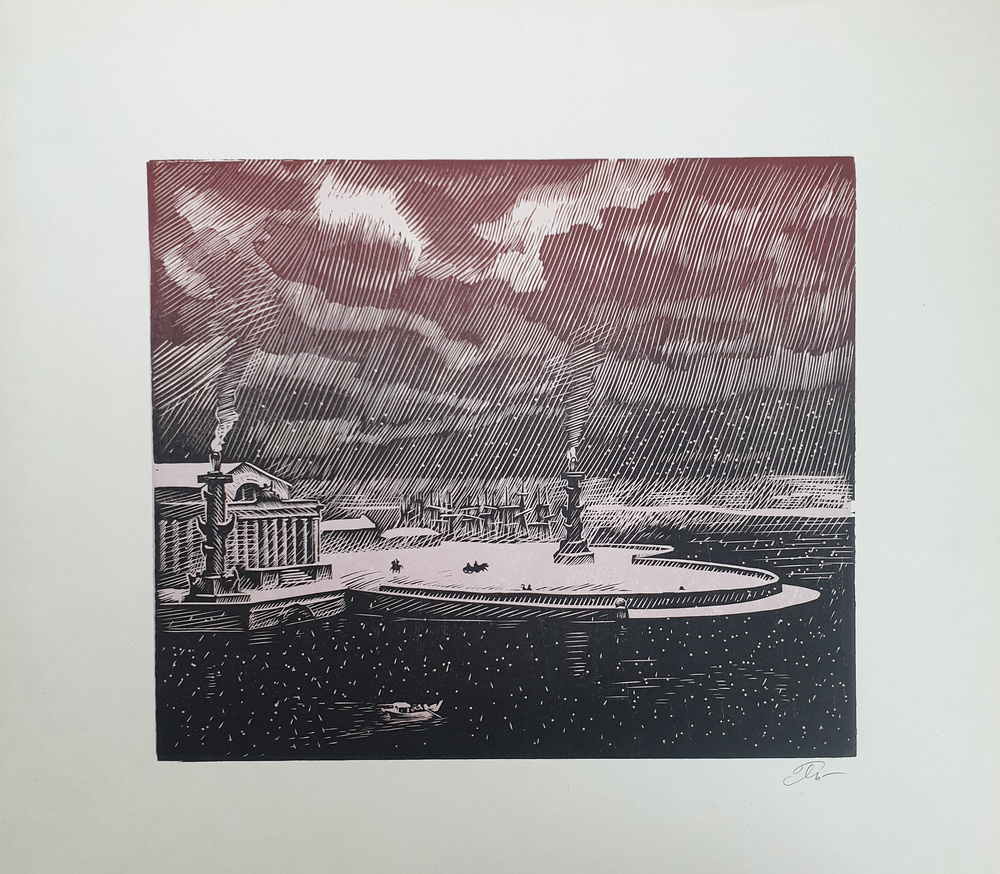 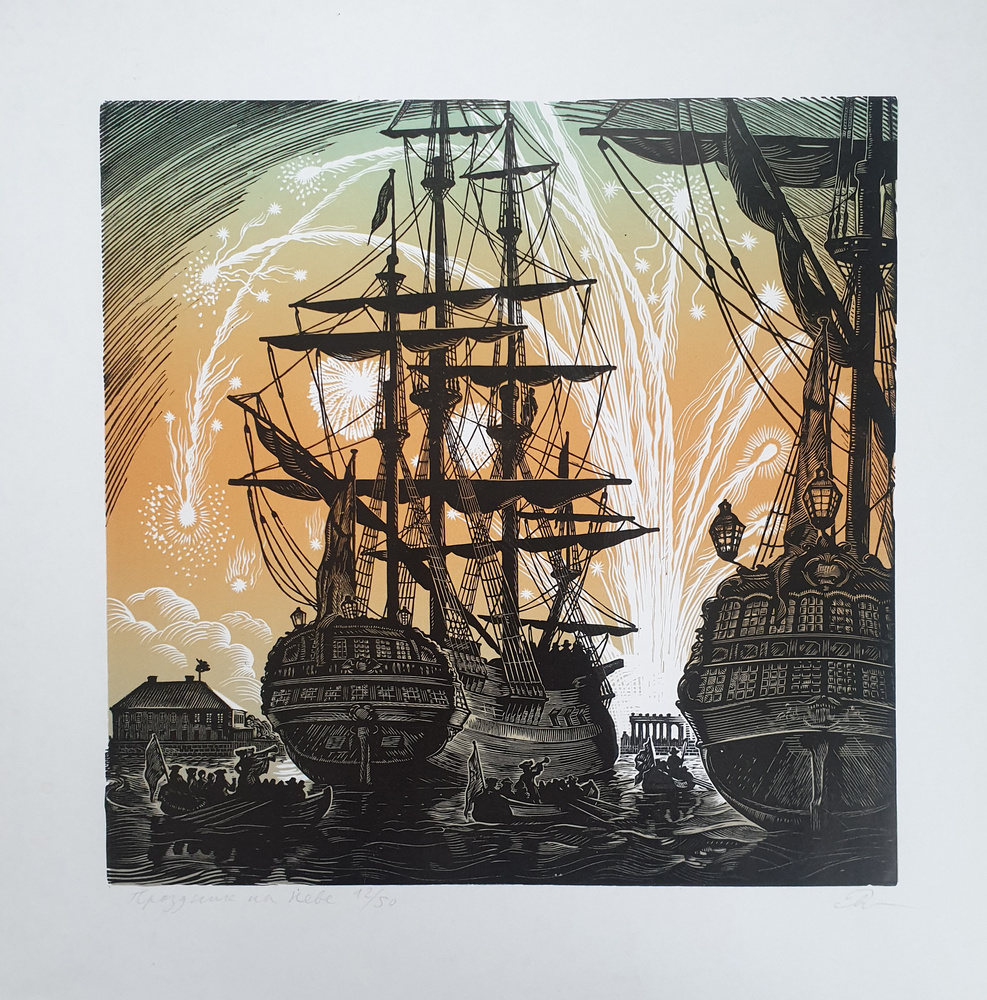 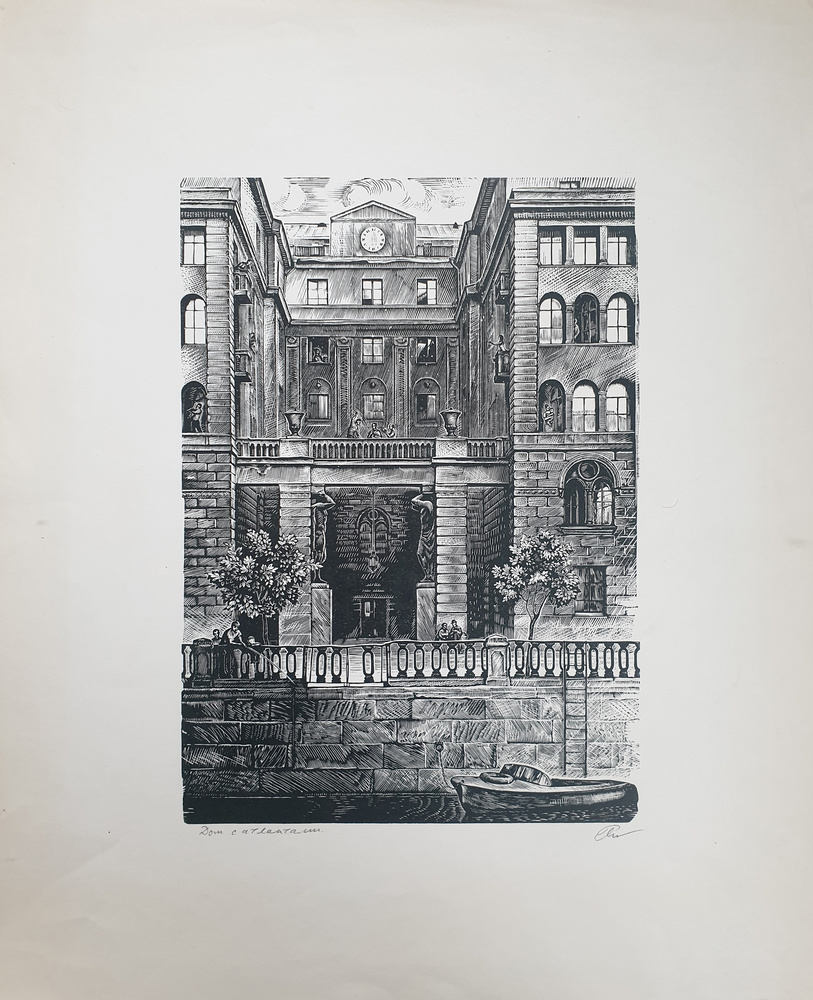 lot 45. «A house with the Atlanteans. Petersburg» 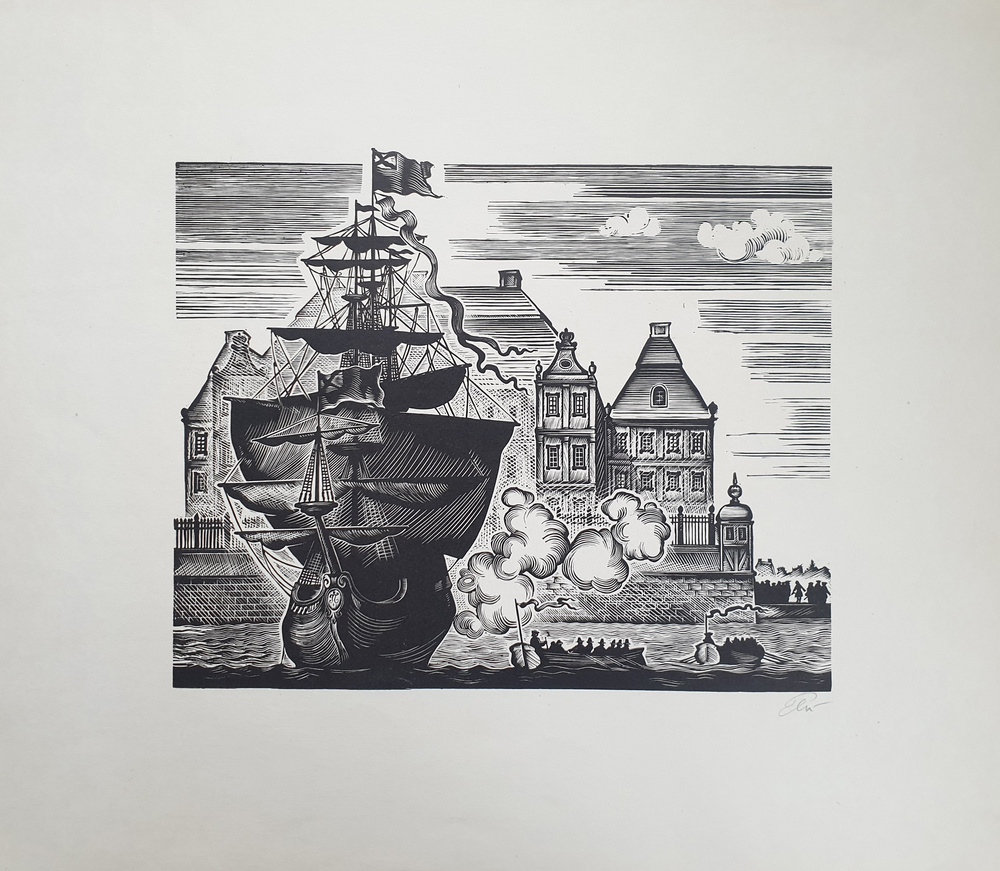 lot 46. «Neva at the Menshikov Palace» 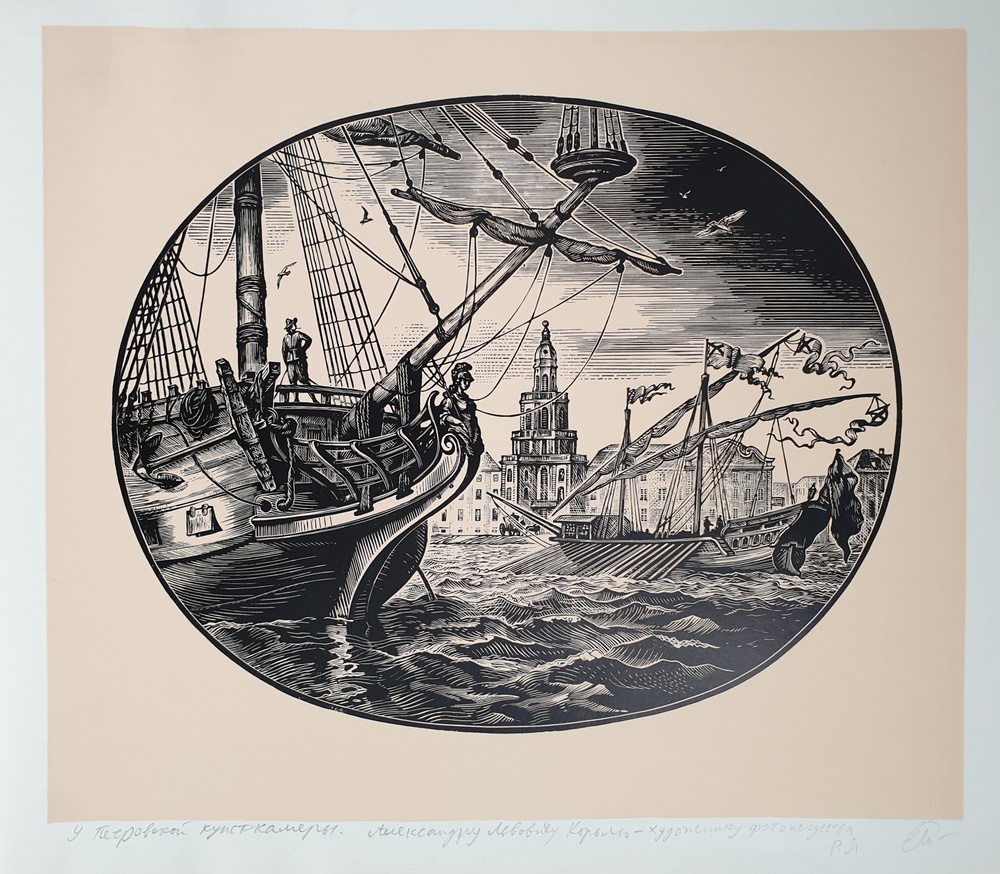 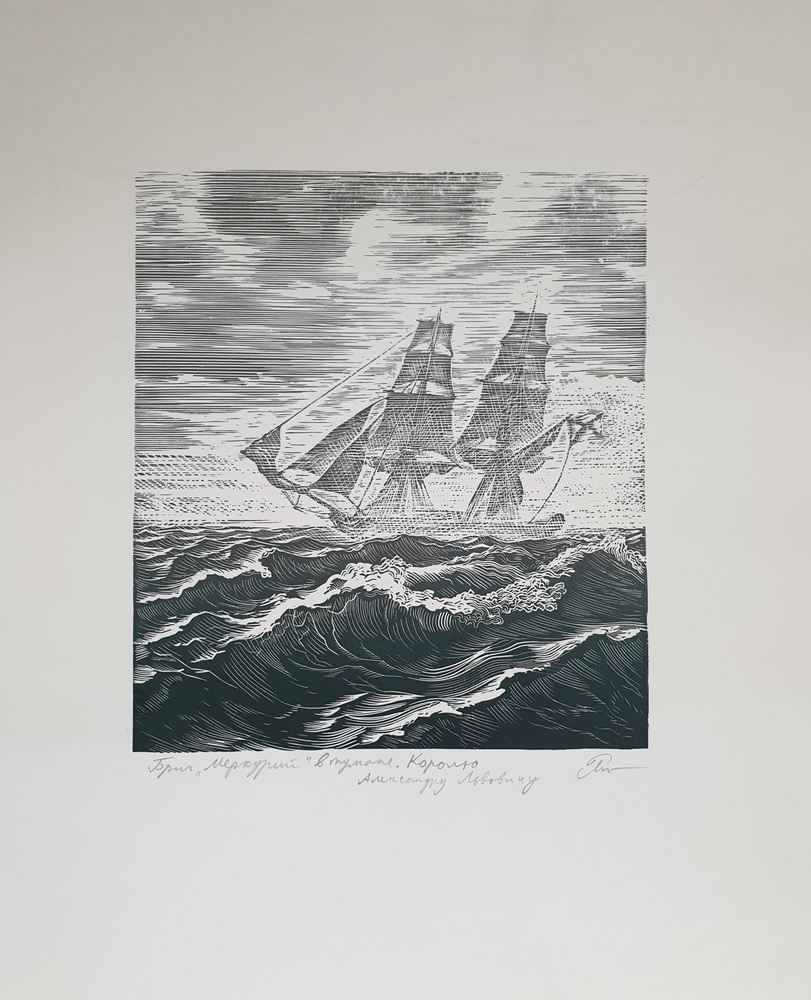 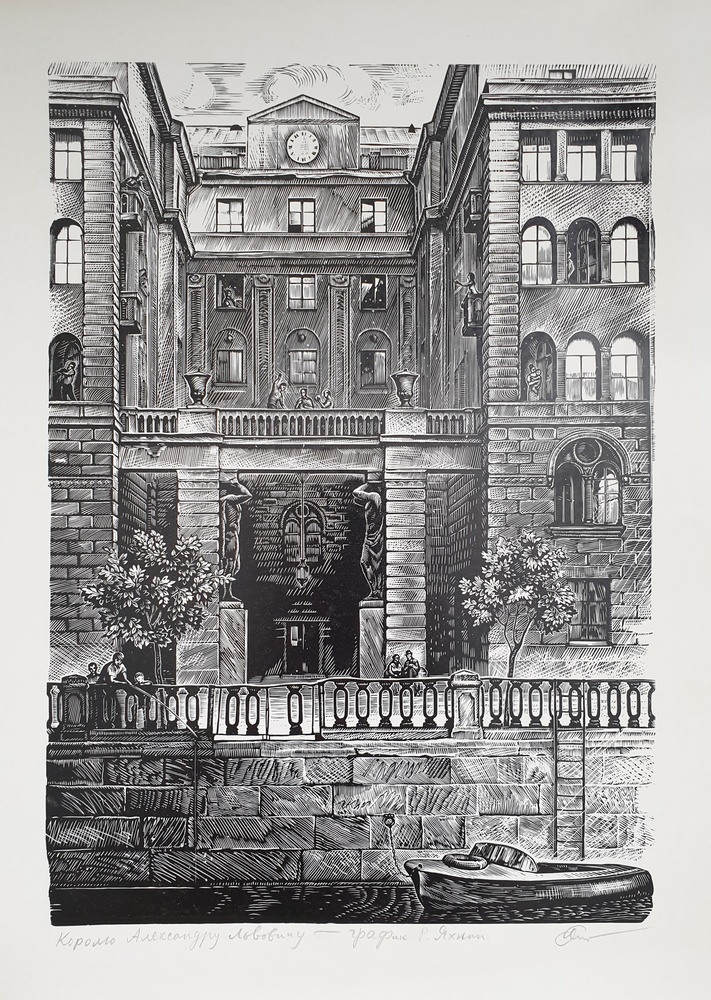 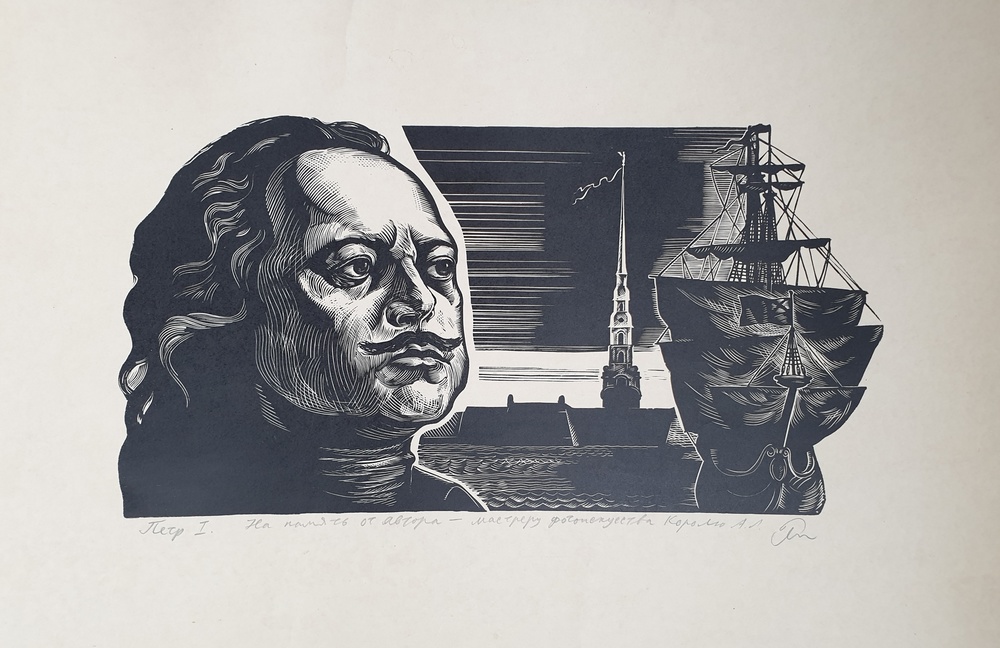 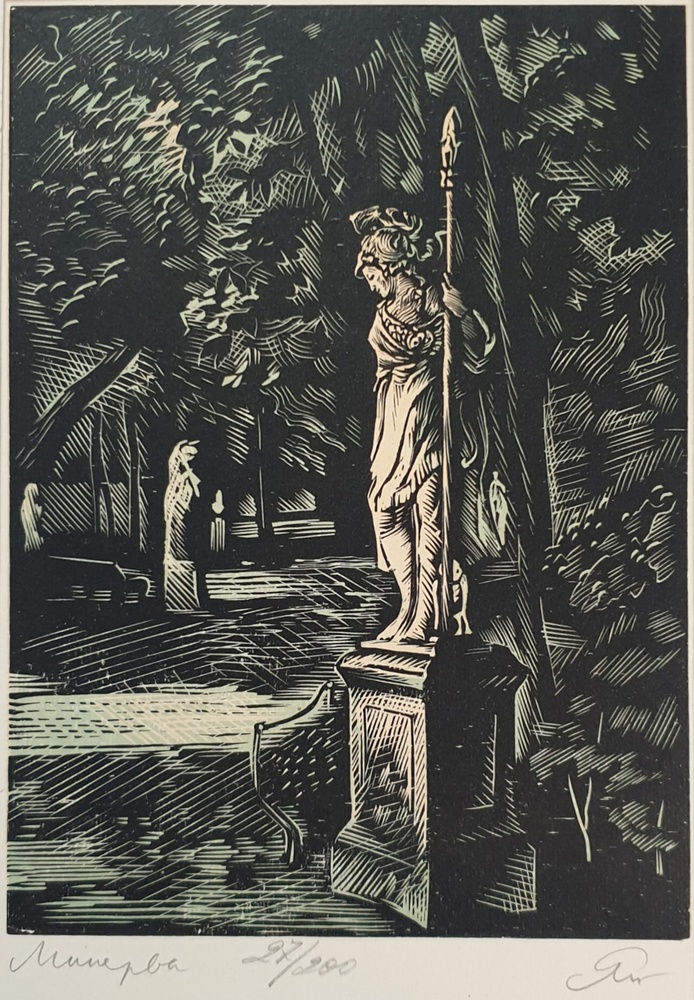 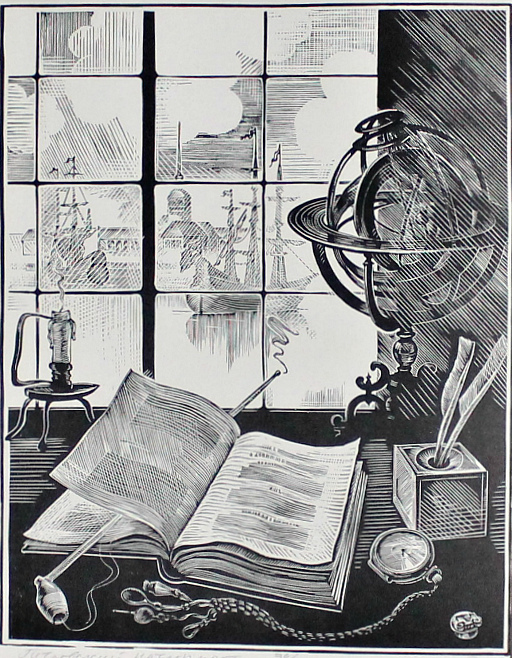 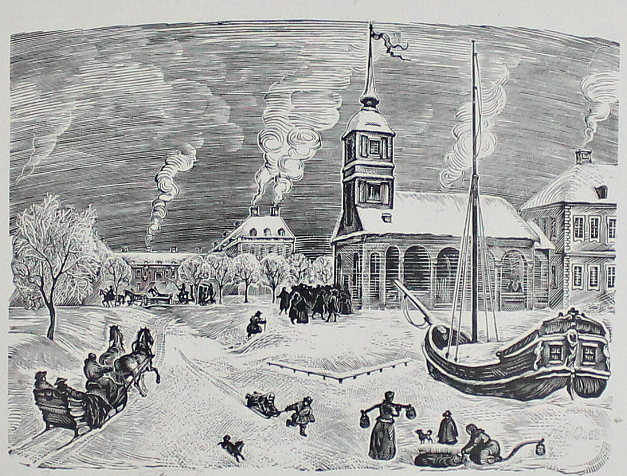