Boris Pavlovich Zabirokhin (born September 29, 1947) - Russian graphic artist, Honored Artist of Russia, member of the Union of Artists of Russia. Boris Pavlovich Zabirokhin was born in 1947 in Leningrad. From 1961 to 1964 he studied at the school at the Tauride Art School. From 1962 to 1965 - at school number 190 at the Leningrad Higher Art School named after V. I. Mukhina. From 1965 to 1970 - a student of this university. From 1967 to 1970 he made his first works in the technique of etching and lithography (supervisor V.I.Shistko, printer G.P. Pakharevsky).

From 1973 to 1978, a member of the youth association of the Leningrad Union of Artists, since 1979 a member of the Union of Artists of the USSR. Since 1999 he has been the leader of the creative painting association «Children of Arkhip Kuindzhi». He began his exhibition activities in 1968. Participant of more than 250 city, zonal, all-Russian, international exhibitions, participant and winner of international graphics competitions in Russia, England, Belgium, Germany, Greece, Norway, Finland, France, Japan.

He works in the technique of oil and tempera painting and in easel printmaking, in which Zabirokhin's virtuoso technical skill is combined with a wealth of imagination and deep creative development of layers of folk culture. In 1974, the artist first turned to book graphics. He has illustrated more than 30 books, among which «How to Thunder Has Forgotten How to Thunder» by S. Nizovskiy, «New ABEVEGA of Russian Superstitions» by M. Vlasova, «Russian Demonomaniacs» by N. Leskov, «White Swan. Russian fairy tales». For the publishing house «Rare Book from St. Petersburg» the artist made illustrations for the books «The Tale of the Fisherman and the Fish» by Alexander Pushkin and «The Saga of Grettir». For the publishing house «Vita Nova» illustrations were created for Russian fairy tales by Afanasyev, the book «Song of the Nibelungs», the book «Younger Edda» and «Kolyma stories» by V. Shalamov.

Boris Zabirokhin also created more than 100 bookplates. In 2009, at the International Biennale of Illustration in Bratislava, the artist received one of the highest awards, the BIB Golden Apple, for illustrations to the collection of A. N. Afanasyev, Russian Folk Tales. The artist's works are in the collections of the Hermitage, the Russian Museum, the Tretyakov Gallery, the Pushkin Museum im. Alexander Pushkin, the Russian National Library, in the art museums of Bristol, Vatican, Gabrovo, London, Thessaloniki, Prague and in other museums and private collections in Russia, Europe and the USA. 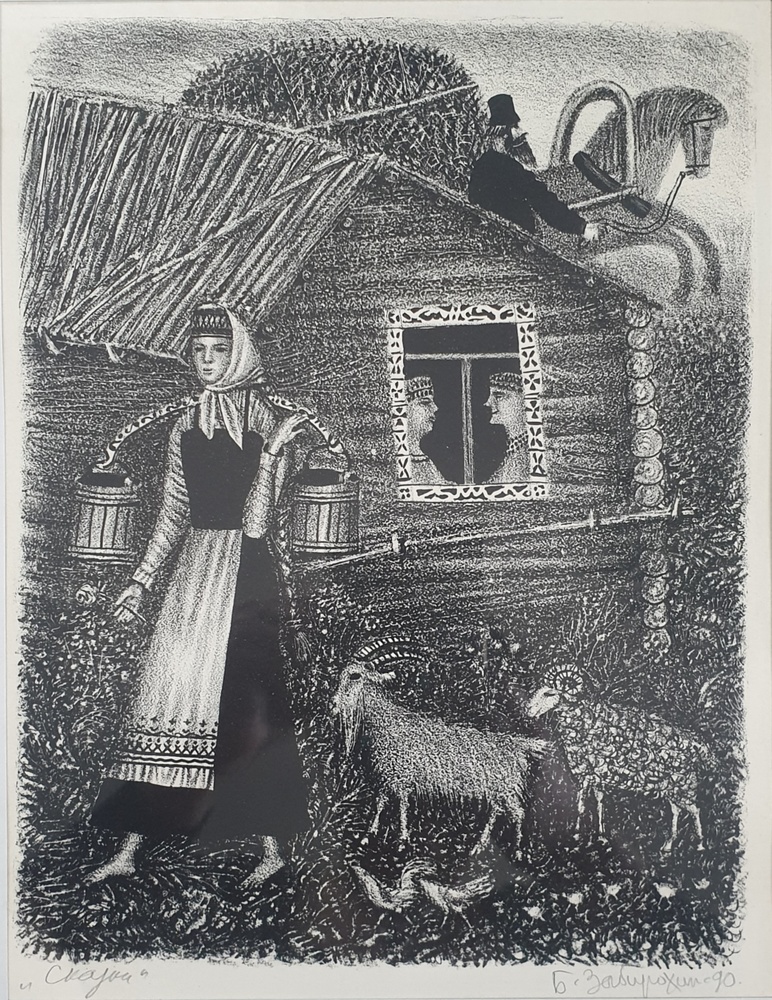