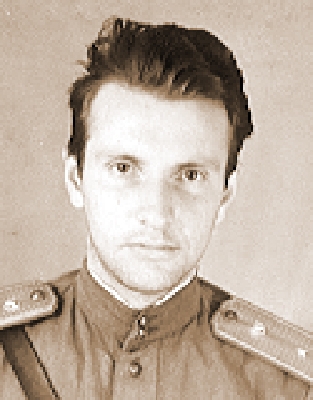 Vladimir (Reinhardt) Rudolfovich Frents (1937-1986) - soviet painter and graphic artist. Born February 11, 1937 in Leningrad in the family of artists. His father, Rudolf Rudolfovich Frents, was a Leningrad painter, professor at the Leningrad Institute of Painting, Sculpture and Architecture of the All-Russian Academy of Arts.

In 1955–1961 he was engaged in the painting department of the Leningrad Institute of Painting, Sculpture and Architecture named after I. Repin. He graduated from the Institute in 1961 in the workshop of E. E. Moiseenko with the qualification of an artist of painting. Thesis - the picture «On the Road».

He participated in exhibitions since 1959, exhibiting his works together with the works of leading masters of fine arts of Leningrad. In 1963 he was admitted to the membership of the Leningrad Union of Artists. In November of the same year, the first personal exhibition of the artist's works was held in the halls of the Leningrad Union of Artists. It was shown 50 sheets of drawings devoted to Cuba, where the author spent several months. V. Frentz painted landscapes, genre paintings, portraits. The central place in the artist's work was taken by nature and the people of Kamchatka, Siberia, and the Far East.

Vladimir Rudolfovich Frents died on September 29, 1986 at the age of 49 in Leningrad. His works are in the Russian Museum, museums and private collections in Russia, Japan, France, Italy, Finland and other countries. 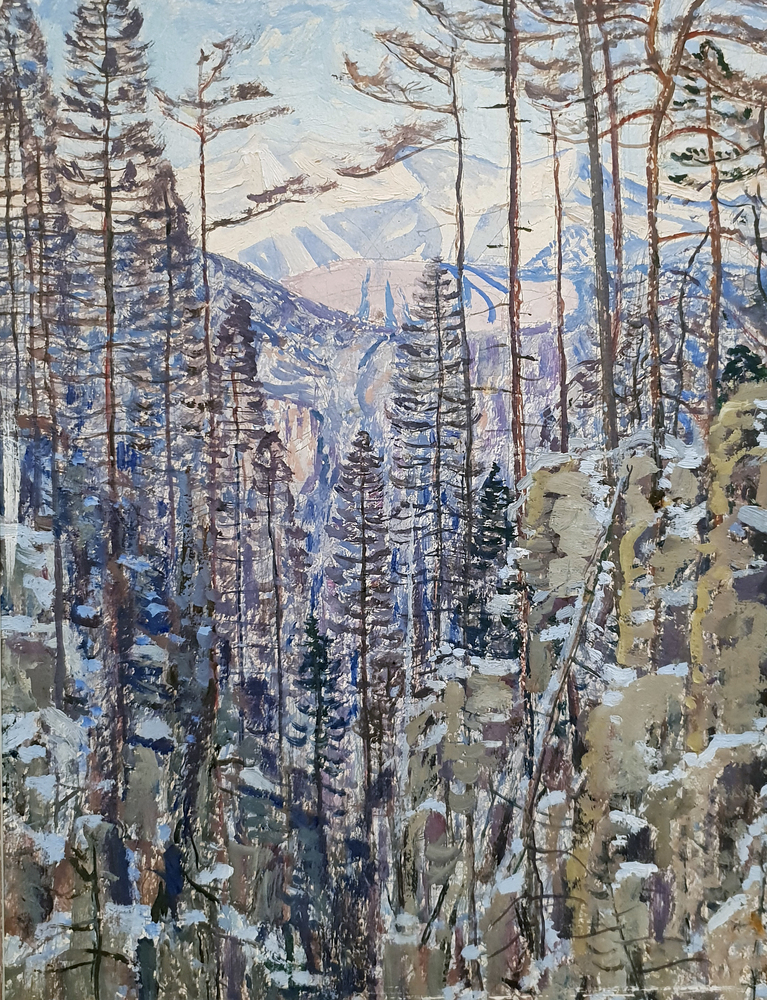 Forest on the mountainside