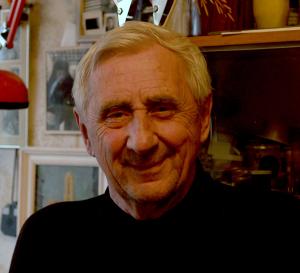 Mark Veniaminovich Kremer was born in 1928 in Pushkin, a suburb of Leningrad. Member of the Union of Artists of Russia since 1956. Secretary of the Party Bureau of the Art Fund of the USSR. Pupil of Peter Buchkin, Rudolph Frenz and Alexander Lyubimov.

He studied at the Moscow Higher School of Industrial Art named after S. G. Stroganov, then at the Leningrad Higher School of Industrial Art named after V. I. Mukhina, first at the faculty of sculpture, and then painting. His teachers were: Honored Artist, Professor Peter Dmitrievich Buchkin (1886-1965), Professor of Painting Rudolf Rudolfovich Frentz (1888-1956) and favorite student of Ilya Repin, Professor Alexander Mikhailovich Lyubimov (1879-1955). The disciples of Alexander Lyubimov were many other famous artists and teachers, for example, Yuri Neprintsev, Nikolai Timkov, Alexander Deineka, Alexander Laktionov and others.

Nevertheless, the main teacher of Mark Kremer can be considered his father, an outstanding Soviet painter Veniamin Veniaminovich Kremer, who from a young age nurtured a love for art in the young Mark and transferred his skills to his son. Veniamin Veniaminovich Kremer (1899-1978) was one of the founders of the organization of the Leningrad branch of the Union of Soviet Artists (LUSA), which was established in 1932, together with Isaac Brodsky. In 1939 he became the chief artist of the USSR pavilion at the World Exhibition in New York. And at the first, after the Second World War, the World Exhibition in Brussels in 1958, Mark Kremer participated with his father. They created a monumental diorama of the Battle of Stalingrad, in which Mark Veniaminovich performed sketches, paintings and sculptural works.

The work of Mark Veniaminovich Kremer was also influenced by his father’s circle of friends - the color of the Leningrad community of artists: Konstantin Rozhdestvensky, People’s Artist of the RSFSR (1906-1997), Nikolai Ivanovich Dormidontov, student of K. Petrov-Vodkin (1898-1962), Honored Artist of the RSFSR Nikolai Kochergin (1897-1974), People's Artist of the USSR, winner of two Stalin Prizes, Alexei Mikhailovich Gritsai (1914-1998) and others.
In the Soviet years, Mark Kremer executed many works on the orders of various enterprises of the USSR, portraits of political figures, paintings in the Palaces of Culture, a sketch and a panorama for the decoration of the cabin of the Soviet Russia nuclear-powered icebreaker, monumental historical canvas for the Central Lecture Hall in Leningrad (1954).

Mark Kremer - member of the Union of Artists since 1956. For a long time he was secretary of the party bureau of the Art Fund of the USSR and actively participated in all official group exhibitions of the Union of Artists. According to the Unified Artistic Rating, M. V. Kremer was assigned category 4B.
The artist works in various genres: landscape, still life, portrait and subject painting. His landscapes are made in the best traditions of Russian landscape masters, such as Levitan, Plastov, Kuinji and Rylov.
The artist's works are in the National Art Gallery named after IK Aivazovsky in Feodosia, in many private collections in different countries, including Russia, Japan and China. 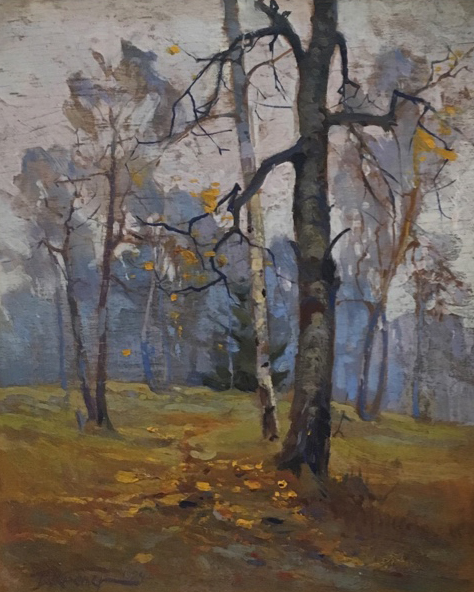 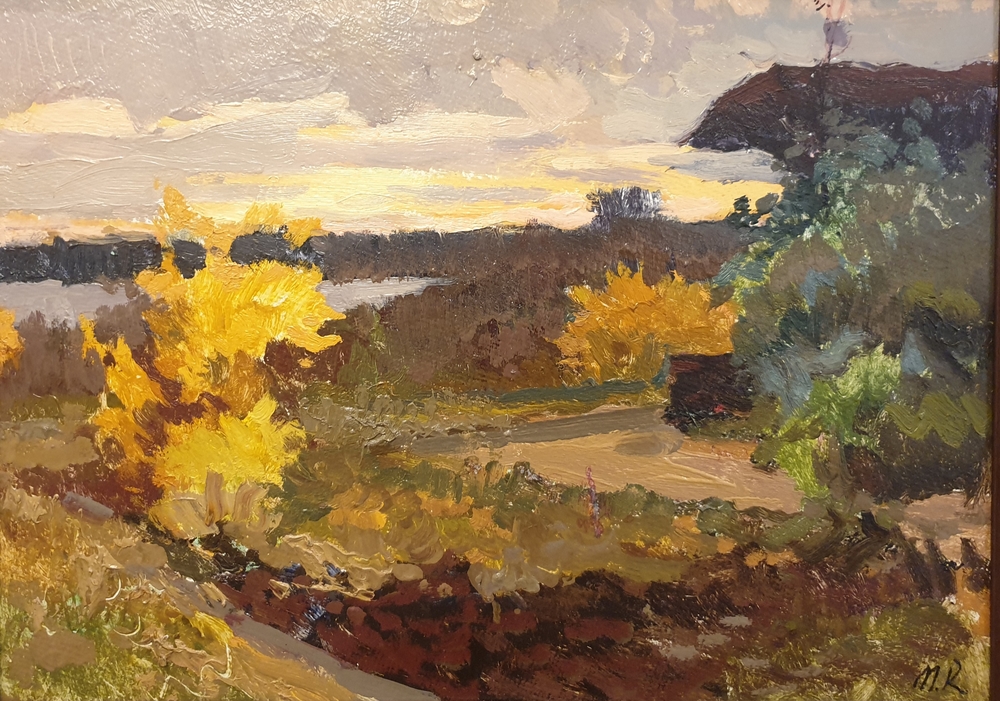 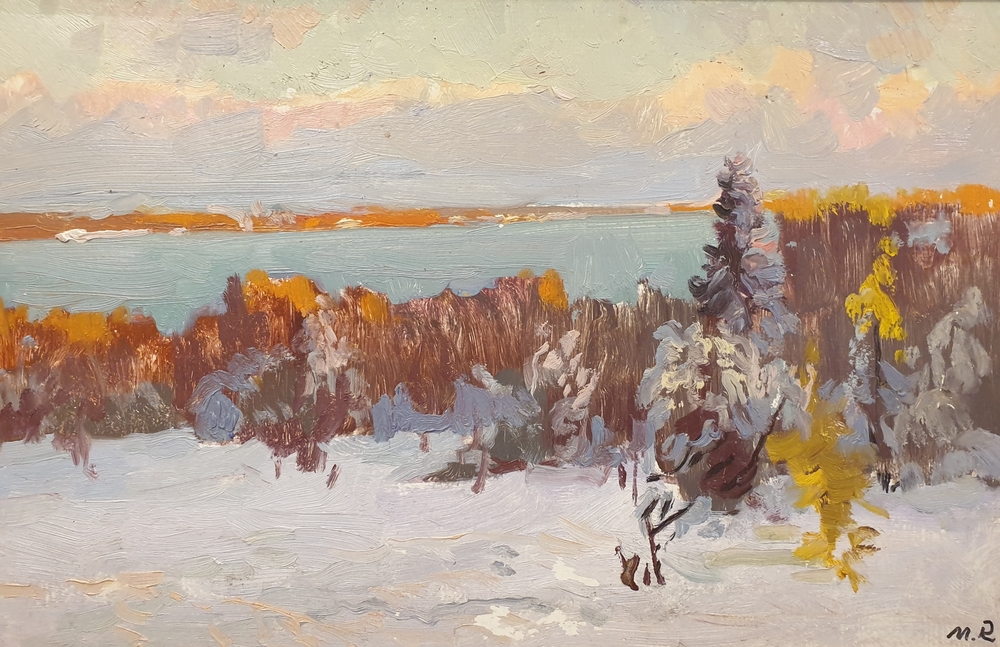 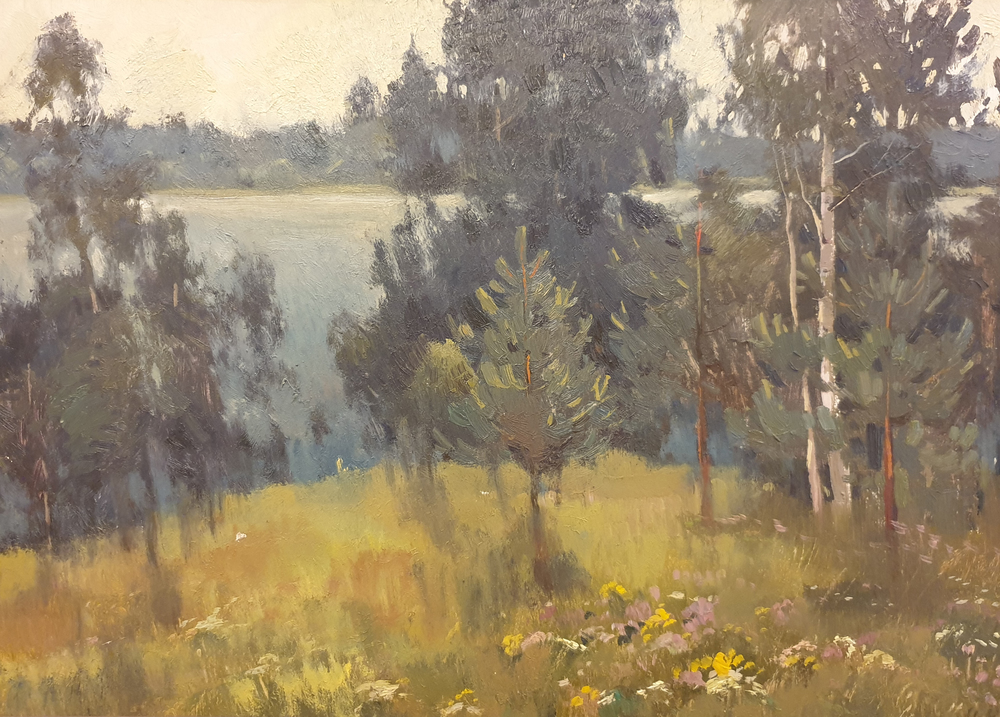 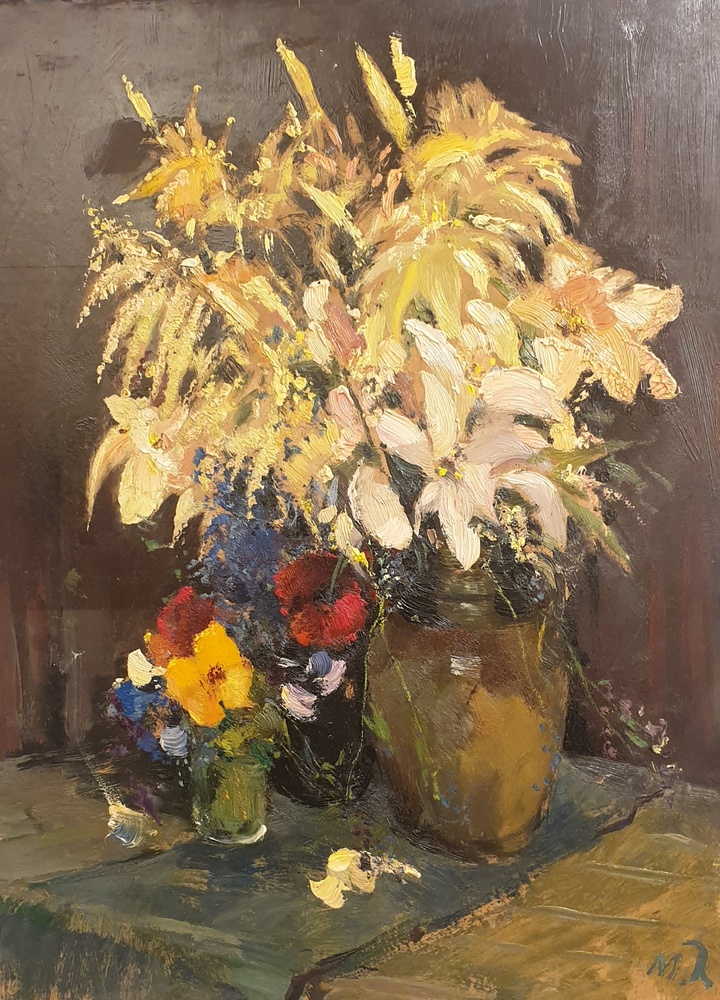